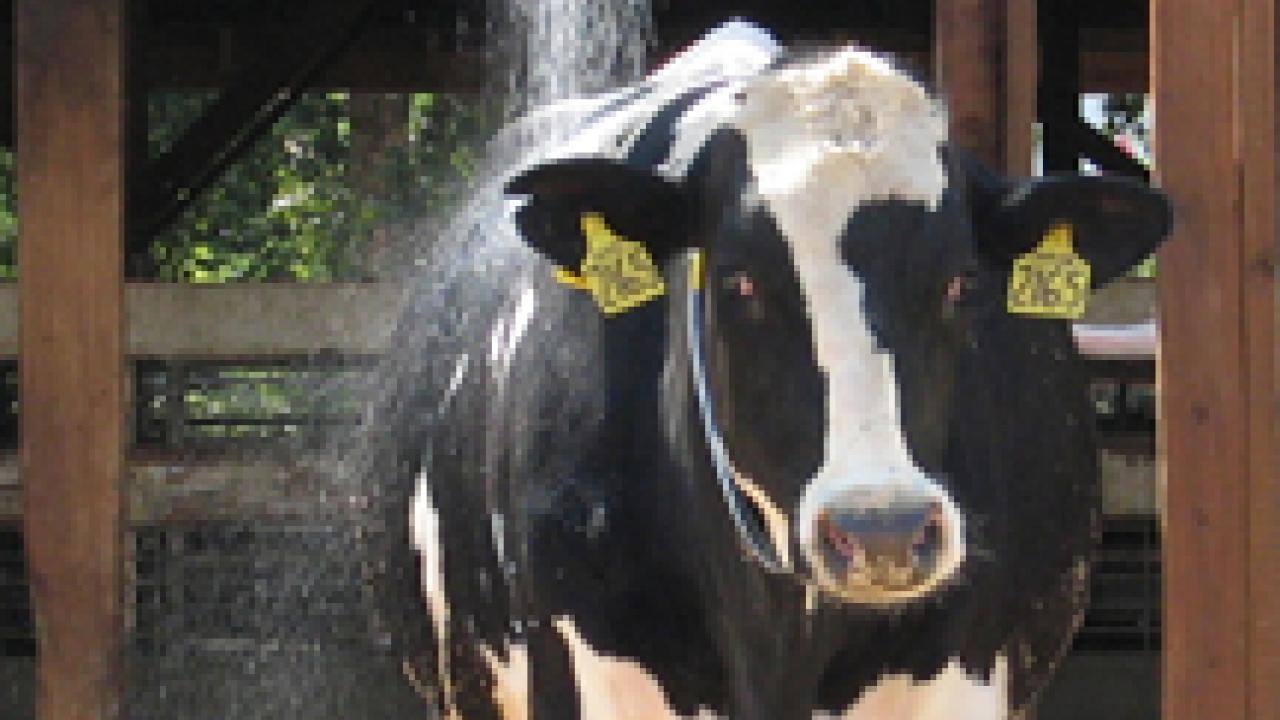 When summer temperatures soar, humans tend to head for the lake or swimming pool, but a handful of UC Davis dairy cows are hitting the showers.

Cassandra Tucker, assistant professor and livestock welfare expert in the Department of Animal Science, and her colleagues are examining how dairy cows make use of cooling showers, when given the opportunity to turn the showers on and off. They also are studying whether those showers reduce stress and increase milk production.

"Heat stress costs dairy producers nationwide about $900 million annually in decreased milk production," Tucker said. She noted that many commercial dairies provide their cows with cooling misters that usually run the length of the feeding troughs.

But no one really knows when and where cows prefer to use the misters, so the researchers have constructed cow-sized showers that the animals can turn on and off, simply by stepping on and off of a pressure-sensitive platform. Surprisingly, they have found that some cows will stand under the showers for as long as seven hours a day.

Tucker is not suggesting that commercial dairies should install cow showers. She is confident, however, that this study -- funded by the Whole Foods Market Animal Compassion Foundation -- will give animal scientists and dairy farmers a better idea of how and when cows prefer to make use of cooling water, and how the water affects their body temperature and other measures of cow comfort.

Tucker and her colleagues demonstrated their research on Thursday to the news media. Those that attended included The Sacramento Bee, Davis Enterprise and Sacramento TV news crews from KVIE-TV (channel 6), KXTV (channel 10) and CBS 13.