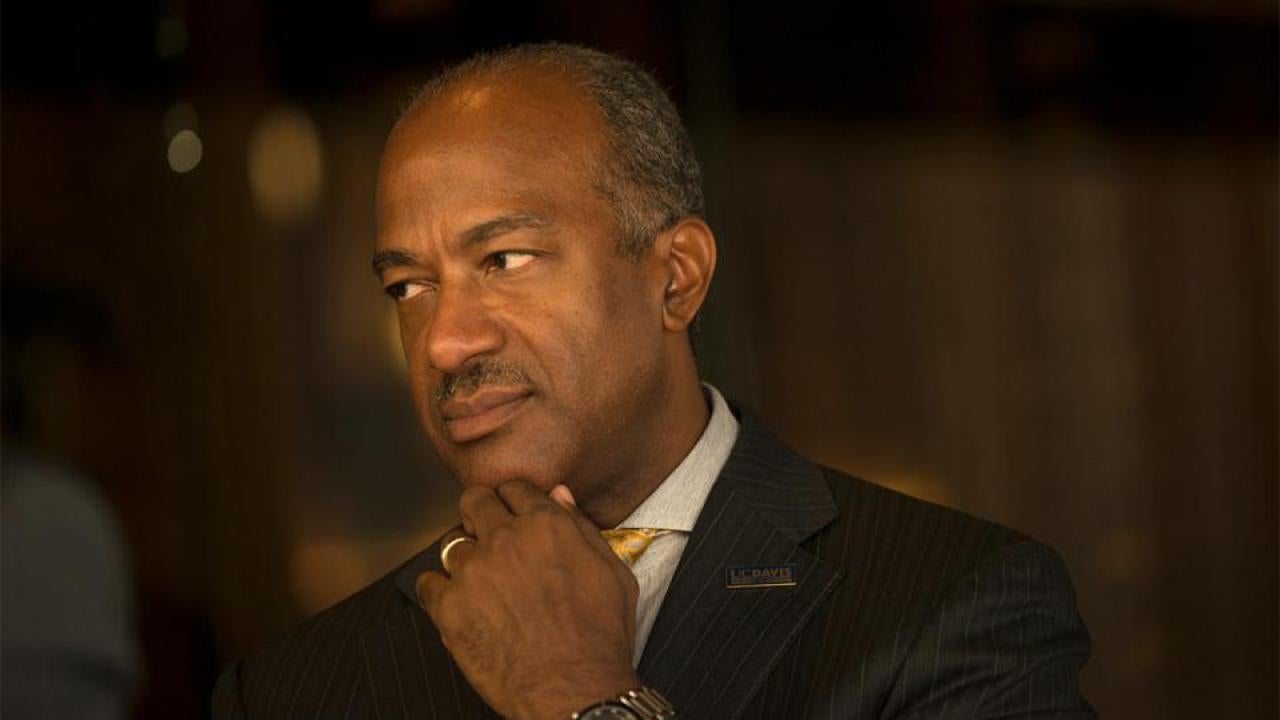 ‘California Aggie’ Runs His Op-Ed: ‘Come As You Are’

The chancellor’s op-ed as printed in the Nov. 9 edition of The California Aggie.

A seemingly benign flier that appeared around UC Davis over the weekend (Nov. 4-5) serves as a reminder that our campus, for all its charm, is hardly insulated from the issues facing our society at large.

The anonymous single-sentence message read, “It’s okay to be white.”

Multiple postings, made under cover of darkness Saturday night (Nov. 4), were duplicated at many other college campuses across the country. They were spotted in Harvard Yard, Tulane University in New Orleans, Concordia College in Moorhead, Minnesota, the University of Alberta in Canada and a high school in Silver Spring, Maryland. The fliers attempted to subtly convey a message that white people are under attack in the United States.

Well, of course, it’s OK to be white, or brown, or black, or gay, or straight, or rich, or poor, or Muslim, or Jewish, or Catholic, or Protestant or disabled. All are welcome at UC Davis.

But why UC Davis? If you were looking to persuade people to accept the concept of “white victimhood,” would you hit a jackpot here, at one of the nation’s top-10 public research universities that prides itself on diversity, inclusion and civil discourse?

Of course not. The midnight vandals who posted these fliers are seeking only to goad us. Several of the signs were taped to a banner advertising the annual Empowerment Conference hosted by the UC Davis Women’s Resources and Research Center. Others appeared on sandwich boards outside the Student Community Center, home of our Cross Cultural Center, which seeks to empower students from underrepresented ethnic groups.

The posters were part of a national campaign of provocations intended to divide our country. Their aim was to provoke a reaction and portray it as evidence of growing anti-white discrimination on college campuses.

We removed the signs on Sunday (Nov. 5) wherever we found them. All were in violation of our campus posting policy, which generally prohibits postings on buildings, walls, windows and trees — whether it’s for a political cause or a blood drive.

UC Davis has been and should continue to be a forum for wide-open dialogue on an unlimited range of ideas, including those that many find disturbing. Anonymous fliers, however, are not dialogue. Support for social diversity and equity is not a put-down. This is not a zero-sum game. All can be valued. All can be supported. All can be successful.

Yes, it’s OK to be white, or anything else at UC Davis. But, it’s not OK to vandalize or intimidate. Like the signs at the ARC say: “Come as you are.” Just come to learn and contribute constructively to the UC Davis community.