Chancellor Gary S. May has enrolled in Presidents for Latino Student Success, part of the national nonprofit organization Excelencia in Education and its Excelencia in Action Network.

Founded in 2004, Excelencia in Education works to accelerate Latino student success in higher education by promoting Latino student achievement, conducting analysis to inform educational policies, and advancing institutional practices while collaborating with those committed and ready to meet the mission.

May joins more than 115 college and university presidents and chancellors “who have committed to making their institutions learning environments where Latino students thrive.”

UC Davis is working toward federal designation as a Hispanic-Serving Institution. 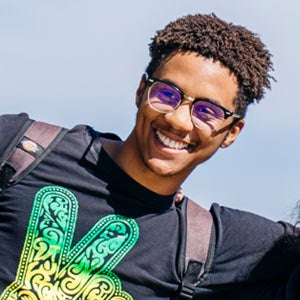 UC’s Hispanic-Serving Institutions Initiative releases report on systemwide efforts to increase number of Latinx students, ways to strengthen outcomes. Click on this box for the news release and a link to the report, “La Lucha Sigue (The Fight Continues): The University of California’s Role as a Hispanic-Serving Research Institution System.”

Last week Chancellor May signed his name to a statement from the Council on Competitiveness, addressing research security. May is a member of the council.

He joined more than 40 of the of the council’s academic and business leaders in endorsing global cooperation and collaboration in support of U.S. research and technology priorities.

“The signatories further endorsed increased scrutiny of domestic and foreign bad actors who seek to take advantage of the historic openness of the U.S. research enterprise,” the Council on Competitiveness said in a news release. “This statement is particularly timely as these issues are being debated at both ends of Pennsylvania Avenue. The approach endorsed by these leaders is a balanced and appropriate response that protects U.S. interests while preserving the traditional U.S. role as a beacon to the best and brightest from around the world.”

Chancellor May is the guest on the July 12 edition of “Weekly Wisdom,” presented by the University Innovation Alliance and Inside Higher Ed.

The chancellor also is participating in a social media campaign organized by the council’s flagship initiative, the National Commission on Innovation and Competitiveness Frontiers.