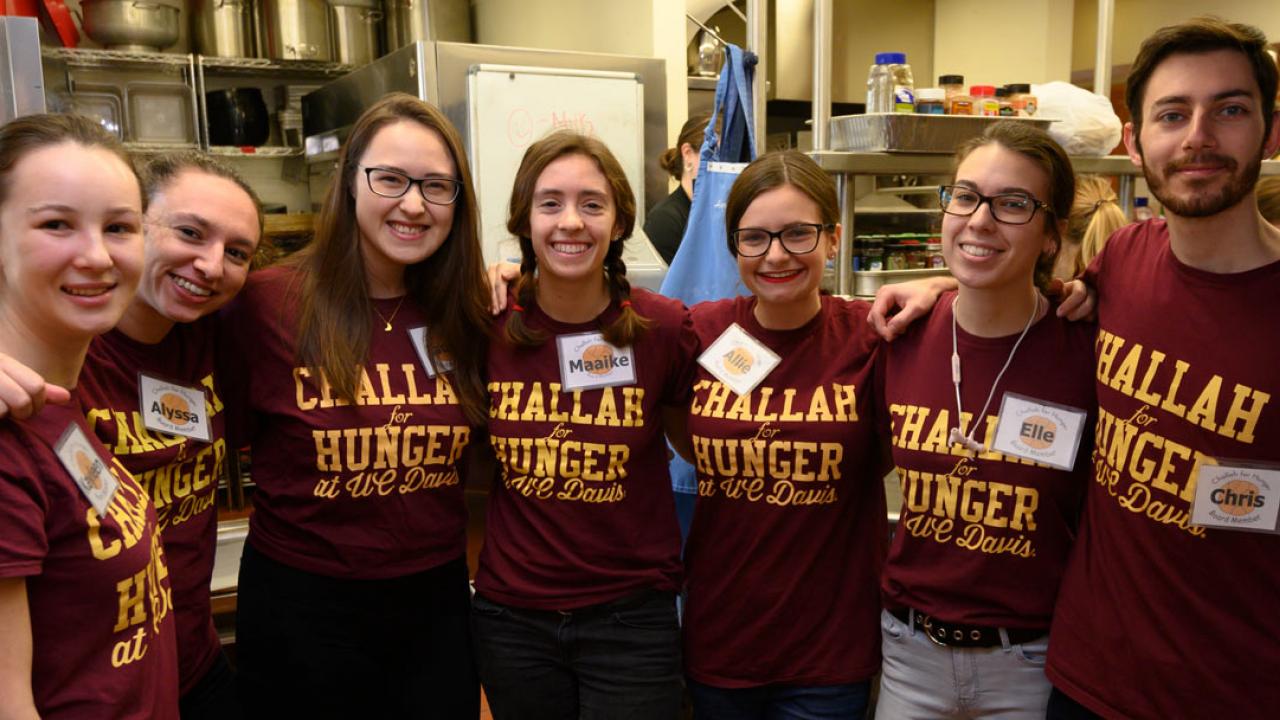 Challah for You, Profit for Food Bank

Walking into the Hillel House kitchen in Davis most Thursdays, your senses are overloaded with smells of bread in the oven, and the sounds of giant oven fans and upbeat music, not to mention the chatter among UC Davis students.

This is Challah for Hunger, a student organization preparing 40 to 50 loaves of challah (a braided bread), each week generally, to raise money for the Yolo Food Bank.

GOING ABOVE AND BEYOND

How much money? Peter Russell, treasurer of the Challah for Hunger chapter at UC Davis, said his group has donated $14,570 to the food bank since 2015.

Elle Inman, a second-year student in charge of production, said every chapter donates to its local food bank, and the Davis chapter also gives to the national organization Swipe Out Hunger.

The logistics of the UC Davis operation are impressive. Dough-making is on Wednesdays, and braiding and baking on Thursdays. Alyssa Kent, co-president and third-year student, said the volunteer roster is usually full, although rain and finals week will decrease attendance.

On this particular Thursday, the menu included Oreo cheesecake — “that’s our best-seller,” Kent said — plus garlic rosemary and pretzel challah, and the student-run clinic, Vietnamese Cancer Awareness, Research and Education Society, or VN CARES, supplied many of the bread-braiders.

Nhi Ly, a second-year student and VN Cares member, learned by watching and declared: “The braiding is easy.”

Natasha Hanna, a first-year student and sorority member, was at her second Challah for Hunger event. “It was about an hour before I got good at braiding,” she said.

Describing the dough as “a little softer, a little stretchier than pizza dough,” Hanna flattened three lengths, applied cream cheese frosting, sprinkled bits of Oreo on top, then pinched the dough into tubes before braiding.

Loaves are $5 and available for pick-up at Hillel House on Thursdays. Preorder sheets come out on Sundays on the group’s Facebook page; forms are due by Tuesday nights. 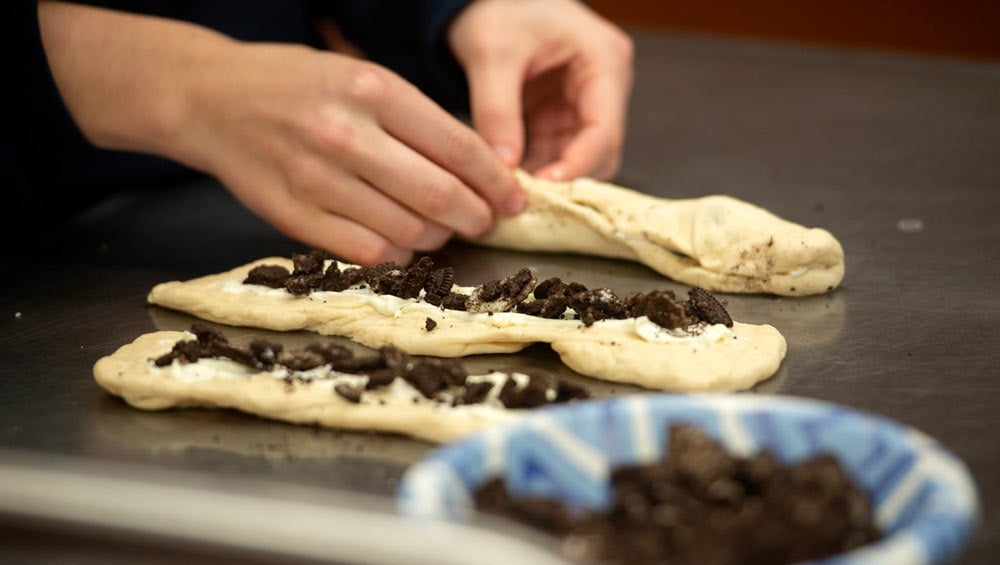 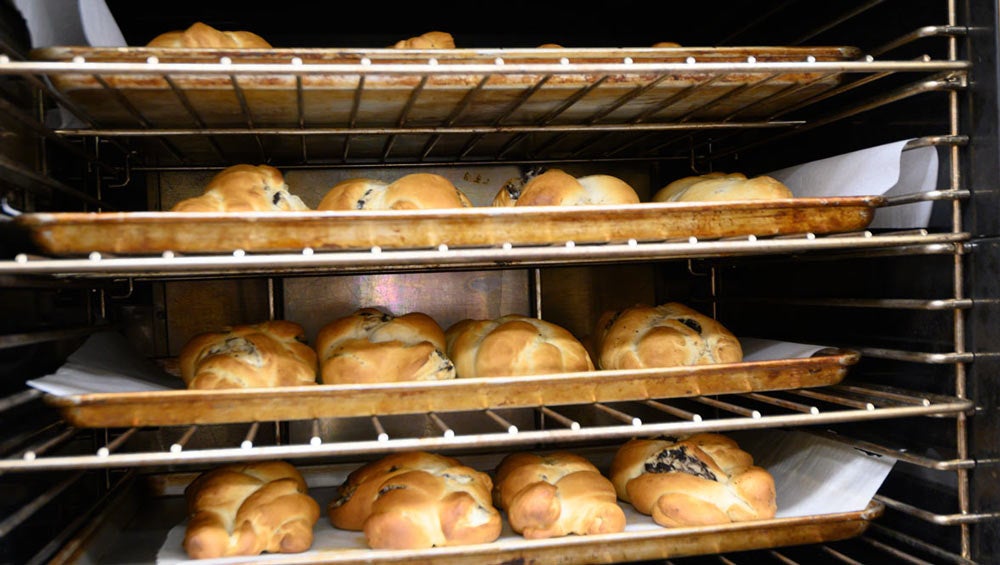