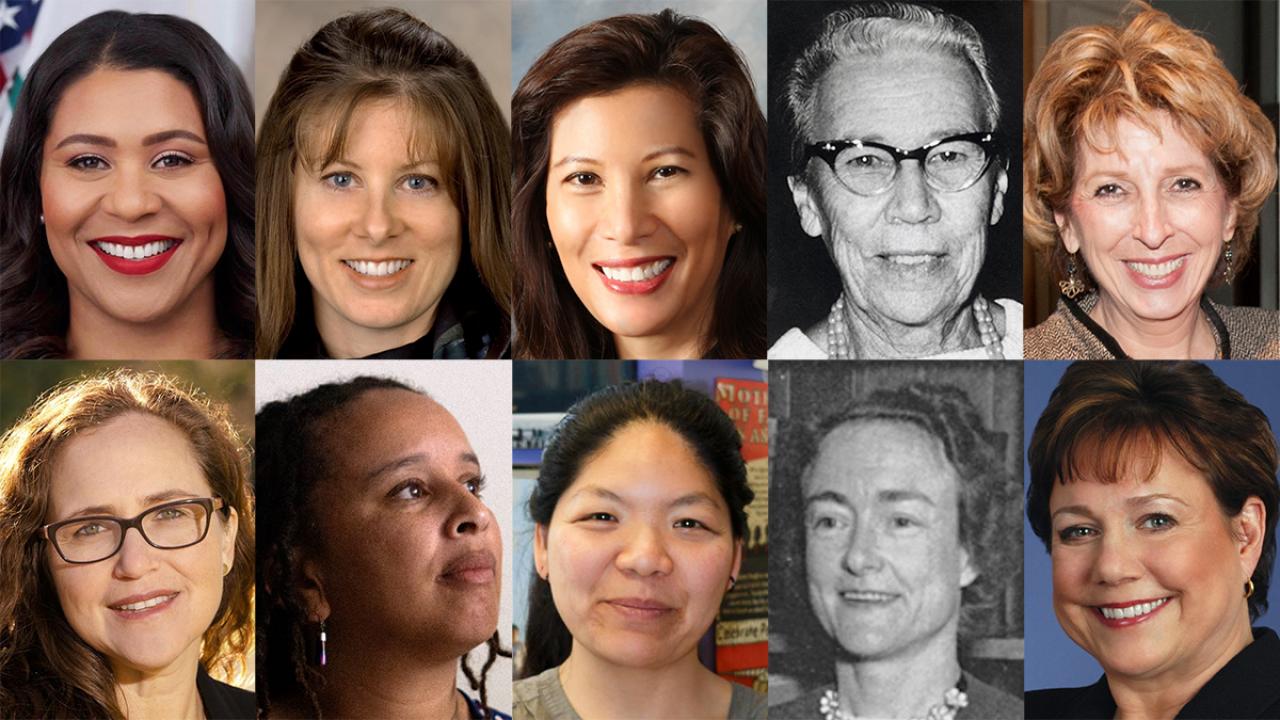 A congresswoman, an astronaut, academic groundbreakers, the university’s first female chancellor and more: UC Davis is highlighting 55 of its most significant women in history as part of a celebration marking the 150th anniversary of the admission of women to the University of California.

“The list we compiled is by no means a complete list of all the incredible women at UC Davis; however, it offers a sample of remarkable women across UC Davis,” said Sophie Barbu, assistant director of UC Davis ADVANCE, which is focused on recruitment, advancement and retention of underrepresented populations into ladder-rank faculty positions in science, technology, engineering and math fields.

UC Berkeley is leading the celebration with a website featuring history and a series of events dating back to last fall, and invited other UC campuses to submit lists of significant alumni, faculty and staff in their histories.

The Office of Diversity, Equity and Inclusion, which includes ADVANCE, led the effort to compile the list, and members of the selection committee compiled both recent and early UC Davis figures, including:

More than a century of women at UC Davis

There was no formal rule banning women from attending the University of California in its early days, but the university also had not spelled out the fact that they could apply. The regents’ decision on Oct. 3, 1870, to make a formal statement that “the university should admit women on an equal basis with men” was unanimous, and the first women were admitted two years later.

The first woman to graduate from the University of California was Rosa Scrivner, in 1874. Since UC Davis did not exist until more than three decades later (and then as the University Farm), it took some time for women to study here. The first women arrived on campus in 1914, when there were still only 160 undergrads at what would eventually become UC Davis.

Throughout the years, women have held the highest leadership posts at UC Davis and have become some of the university’s most prominent alumni, and those involved with compiling this list hope to celebrate some of the trailblazers, past and present.