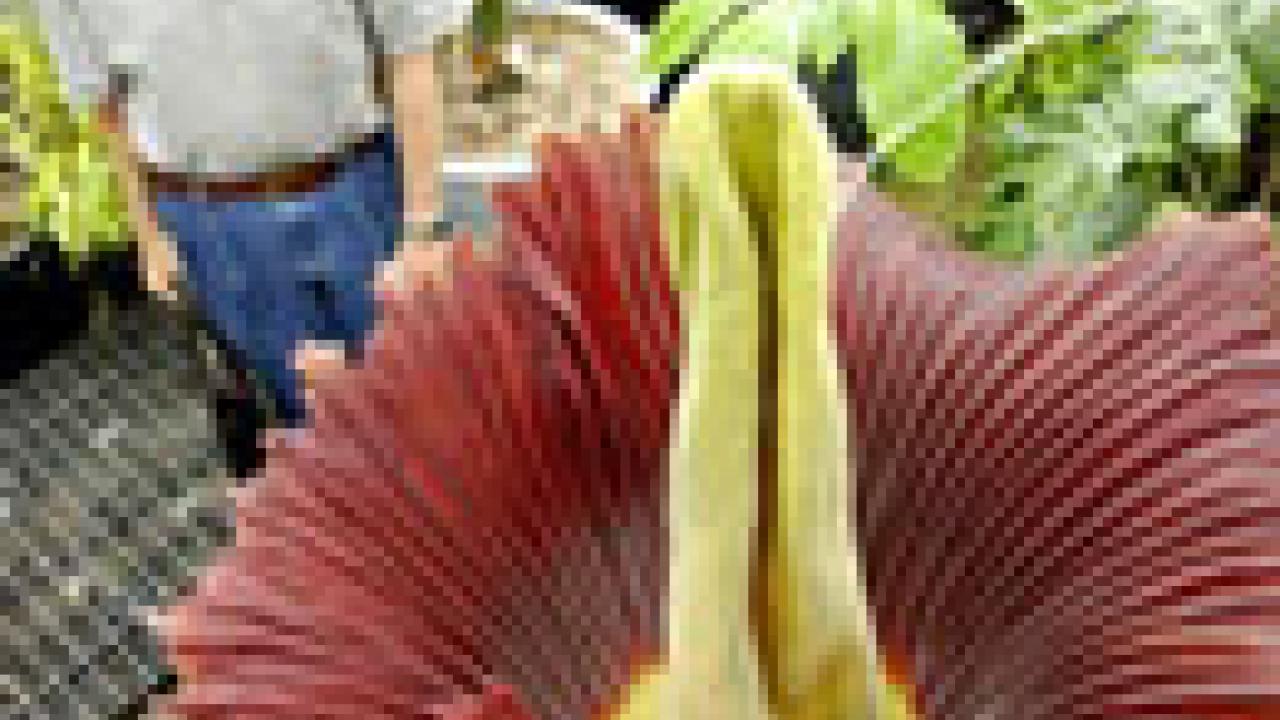 BLOOM WITH A PHEW...

People streamed through the UC Davis Conservatory this week to catch a glimpse and whiff of "Ted the Titan" in full bloom. Monday afternoon, Amorphophallus titanum, also known as a corpse flower, bloomed, emitting a pungent odor for about eight hours. "It's actually burning energy," says conservatory curator Ernesto Sandoval. The 5-foot-tall plant has been on public display during the rare plant's bloom -- the first in its eight-year life. The smell, similar to rotting flesh, attracts flies which pollinate the flower, says Sandoval. For details about "Ted," a live Web cam and a slide show of the blooming, see http://www.news.ucdavis.edu/titan/.