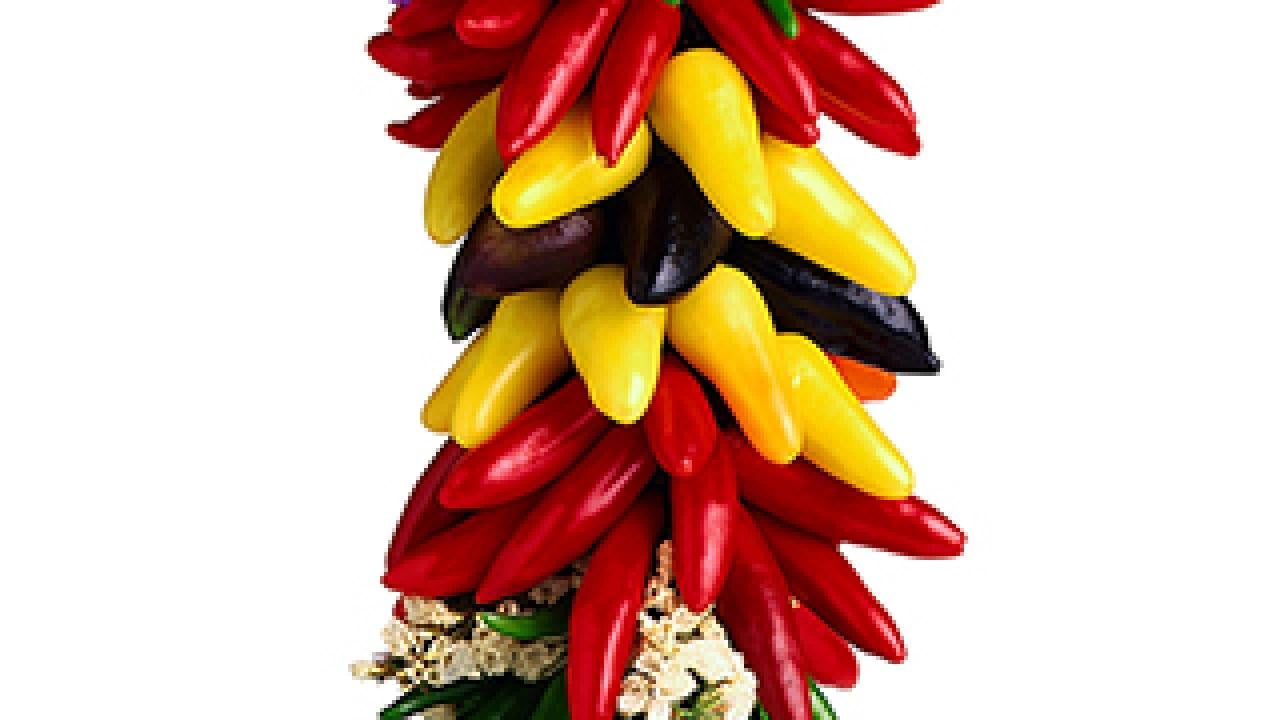 Birthplace of the domesticated chili pepper identified in Mexico

Central-east Mexico gave birth to the domesticated chili pepper — now the world’s most widely grown spice crop — reports an international team of researchers, led by a plant scientist at the University of California, Davis.

Results from the four-pronged investigation — based on linguistic and ecological evidence as well as the more traditional archaeological and genetic data — suggest a regional, rather than a geographically specific, birthplace for the domesticated chili pepper. That region, extending from southern Puebla and northern Oaxaca to southeastern Veracruz, is further south than was previously thought, the researchers found.

The region also is different from areas of origin that have been suggested for common bean and corn, which were presumably domesticated in Western Mexico.

The study findings will be published online April 21 in the Proceedings of the National Academy of Sciences, as part of a series of research papers on plant and animal domestication.

Crop domestication, the process of selectively breeding a wild plant or animal species, is of increasing interest to scientists.

“Identifying the origin of the chili pepper is not just an academic exercise,” said UC Davis plant scientist Paul Gepts, the study’s senior author. “By tracing back the ancestry of any domesticated plant, we can better understand the genetic evolution of that species and the origin of agriculture — a major step in human evolution in different regions of the world,” he said.

“This information, in turn, better equips us to develop sound genetic conservation programs and increases the efficiency of breeding programs, which will be critically important as we work to deal with climate change and provide food for a rapidly increasing global population,” Gepts added.

Study co-author Gary P. Nabhan, an ethnobiologist and agroecologist at the University of Arizona’s Southwest Center noted: “This is the first research ever to integrate multiple lines of evidence in attempts to pinpoint where, when, under what ecological conditions, and by whom a major global spice plant was domesticated.

“In fact, this may be the only crop-origins research to have ever predicted the probable first cultivators of one of the world’s most important food crops,” Nabhan said.

To determine crop origins, scientists have traditionally studied the plants’ genetic makeup in geographic areas where they have observed high diversity among the crop’s wild ancestors. More recently, they have also examined archaeological remains of plants, including pollen, starch grains and even mineralized plant secretions.

For this chili pepper study, the researchers used these two traditional approaches but also considered historical languages, looking for the earliest linguistic evidence that a cultivated chili pepper existed.

They also developed a model for the distribution of related plant species, to predict the areas most environmentally suitable for the chili pepper and its wild ancestors.

The genetic evidence seemed to point more to northeastern Mexico as the chili pepper’s area of domestication; however there was collectively more evidence from all four lines of study supporting the central-east region as the area of origin.

Funding for the study was provided by the Fulbright Program, the University of California Institute for Mexico and the United States, and the UC Davis Department of Plant Sciences.

Gary Paul Nabhan will speak at UC Davis on Thursday, April 24, at 5:30 p.m. to discuss “Growing Food in a Hotter, Drier Land: Lessons on Adapting to Climate Uncertainty.” The event is free and open to the public. More information: http://calendar.ucdavis.edu/event_detail.lasso?eventID=15645.