A team with no name swept the beer awards in this year’s Staff Brewing Competition and did so with a remarkable demonstration of cross-campus collaboration — with members coming from five departments and units.

“We had some ideas (for a name) but ran out of time before the digital submission deadline,” Hays said. So, they stuck with their assigned team numbers in the competition’s two beer categories: Team 6 in specialty IPA and Team 20 in brown ale. 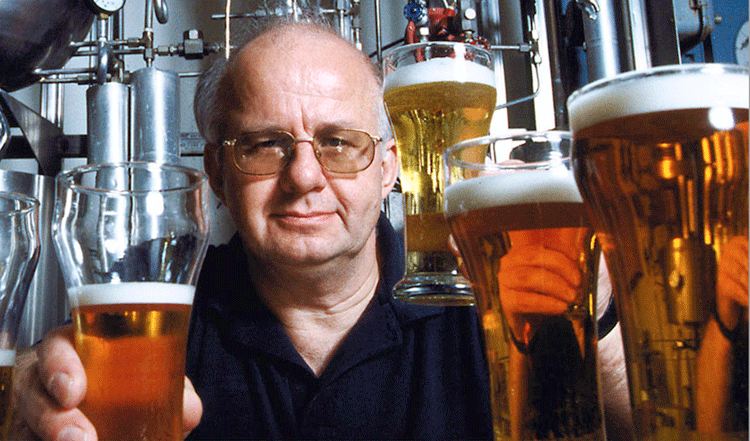 One of the team members faced a time crunch of his own and had to bow out of brewing the IPA, Hays said. “Then Beau stepped in to save the day,” serving as chief brewer for both of the team’s beers. “He’s a talented brewer.”

The team’s Beyond Pale went beyond pale to hazy — on purpose. “It’s a unique style because it goes against a lot of the dogma with most beers,” Parry told The California Aggie. “Most brewers consider good beer to be very clear.”

Industry professionals and certified judges evaluated 23 entries in the main categories (15 IPAs and eight brown ales), and five in a third category, cider.

Jared Duncan led the winning cider team, the Hop Heads, which also included his twin, Ryan, and Nick Harden. Last year the trio — who all work in campus utilities — brewed a stout judged the best in its category, as well as best of show, under a different team name, Here for the Beer.

This year’s brewing competition was the fourth annual, and it proved more popular than ever — with more than 250 people turning out for the tasting event May 11 at the Buehler Alumni Center.

The Guerren Solbach-led One HR team won the People’s Choice award for beer for the third year running — way to go, Guerren! “It’s all about the hops,” he told Dateline UC Davis.

“We were simply thinking of a fun name that would intrigue folks at the competition,” Jordan said. “We actually came up with our team name and beer name first — which you can see they flow together — then figured out what style of IPA would go along with the name Dad Bod IPA. We came up with an earthy, piney, musky IPA, so it only seemed fitting when designing the label to go with an outdoorsy, mowing-the-lawn ‘dad’ type of activity.”

Cheers to the organizers

Here are the folks who put on the Staff Brewing Competition: