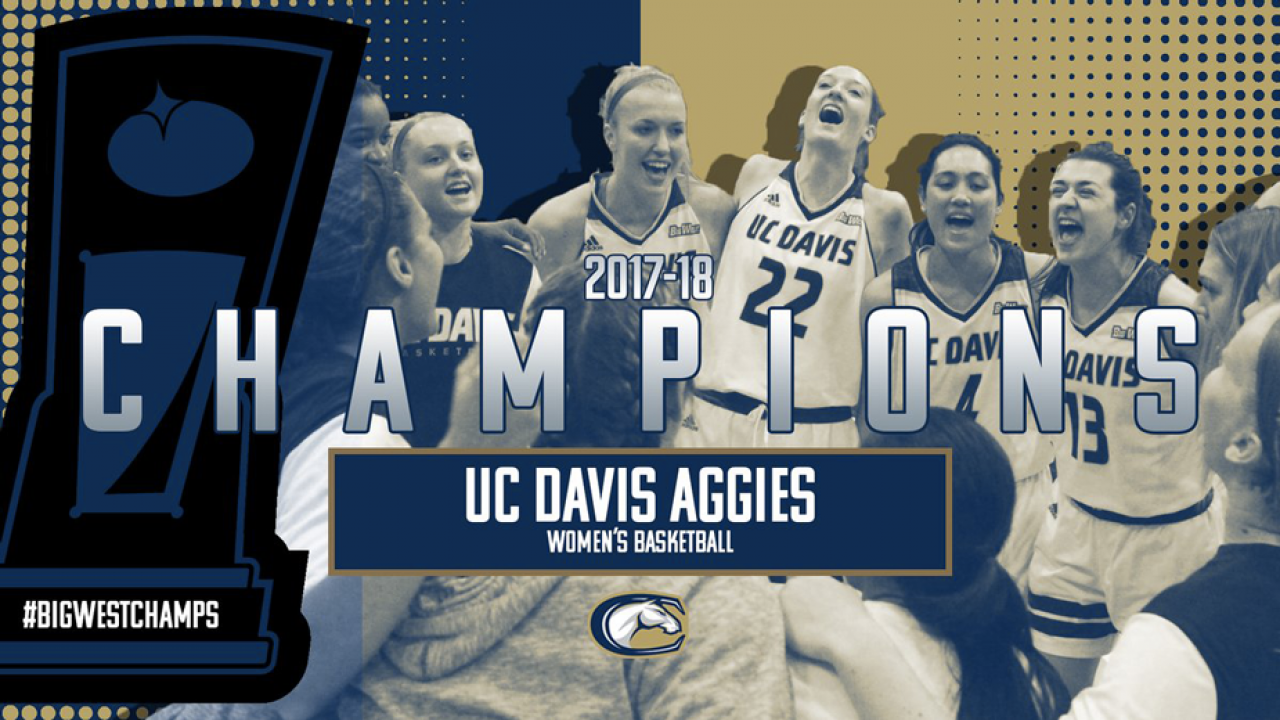 Aggie Men Still Have a Shot at Big West Title

The Aggie men’s and women’s basketball regular seasons conclude this week, with only one home game remaining. It’ll be the Aggie men vs. Hawaii — and staff and faculty can attend for just $2.

The women’s team is the Big West Conference champion for the second consecutive year, after a 66-56 win over UC Irvine Feb. 24. Go Ags! That gives the women the top seed going into the conference tournament.

The men still have a shot of winning at least a share of the title — which makes their last two games critical. The first of those games is set for 7 p.m. Thursday (March 1) at The Pavilion. Discounted tickets for staff and faculty are available only today and Wednesday, from 9 a.m. Feb. 27 to 9 p.m. Feb. 28. Use promo code STAFFAGGIEPRIDE.

As of today, UC Davis and UC Santa Barbara are tied with 10-4 records, one game behind UC Irvine in the win column. After the Hawaii game, the Ags play at Irvine on Saturday (March 3); if the Aggies defeat Hawaii AND UC Irvine, they will own at least a share of the conference title. UC Santa Barbara also has two games remaining: Long Beach State on the road and Cal Poly at home.

Last Saturday at The Pavilion, the Aggie men won in dramatic fashion (again), 64-63, over UC Riverside, on a last-second layup by T.J. Shorts II. Watch Shorts run the length of the court to sink the game-winner. 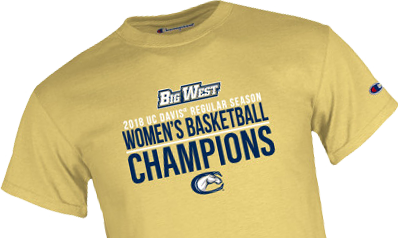 The Aggie women, meanwhile, thrilled a home crowd last Saturday by capturing the Big West Conference title and improving their record to 13-1. The Ags have two games remaining: Thursday at Cal State Fullerton and Saturday at UC Riverside.

The conference tournaments are scheduled as follows:

The tournament winners receive the conference’s automatic berths in the NCAA tournaments.

The Aggie men won the conference tournament a year ago, becoming the first men’s basketball team in UC Davis history to go to the biggest Division I basketball tournament of them all: the NCAA’s March Madness. The Aggies opened last year with a win over North Carolina Central before falling to No. 1 seed Kansas.

The women played in the Women’s National Invitation Tournament, defeating Utah State and Colorado State before falling to Washington State in the Round of 16.