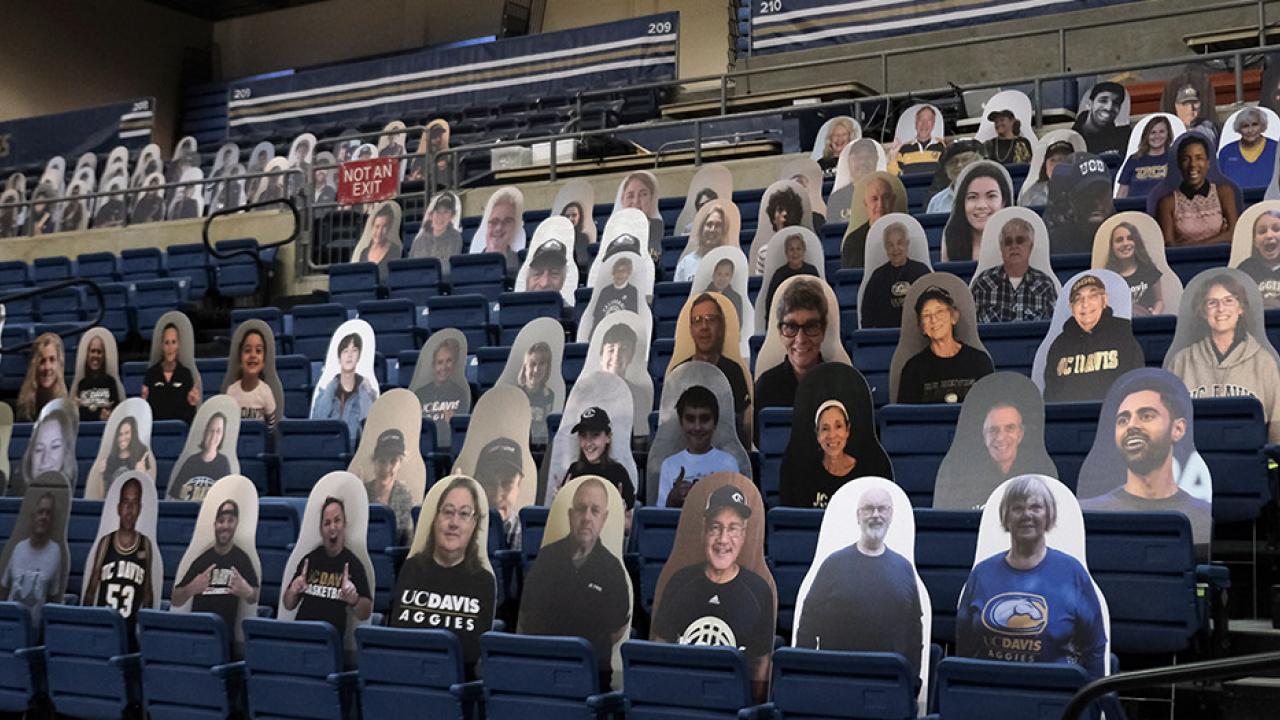 Basketball Is Back! And the ‘Fans’ Await

The “fans” are in the stands for the return of Aggie basketball, Wednesday (Nov. 25), 3 p.m. tipoff in The Pavilion at the ARC, a women’s preseason game against the University of San Francisco.

Those fans are photos on cardboard — the Aggie Cutout Crew, about 350 in number. As more fans sign up, their cutouts will take their seats with the rest of the crew. Faculty and staff can buy their first two cutouts for $40 each by starting the order process here: goagspromo.com (enter Promo Code STAFFCUTOUTS).

As you might have guessed, the Big West Conference board of directors ordered all teams to begin the season without fans, because of the pandemic. The board indicated it will revisit the issue as the season progresses.

Here’s how to follow the action (and see the Aggie Cutout Crew on TV or the internet):

The Aggie women’s preseason will include three games at home: San Francisco, 3 p.m. Wednesday, Nov. 25; Simpson University, 2 p.m. Saturday, Nov. 28; and Northern Arizona, 2 p.m. Sunday, Dec. 20. The women’s team will open conference play Sunday-Monday, Dec. 27-28, hosting CSU Bakersfield (times to be announced) in a new conference format that has teams playing back-to-back games at one school or the other to limit travel during the pandemic. More about Aggie women’s basketball, including the schedule.

The Aggie men’s preseason schedule includes only one home game: William Jessup, 4 p.m. Friday, Dec. 4. The men’s first conference games at home will be Friday-Saturday, Jan. 1-2, vs. UC Riverside (times to be announced). More about Aggie men’s basketball, including the schedule.