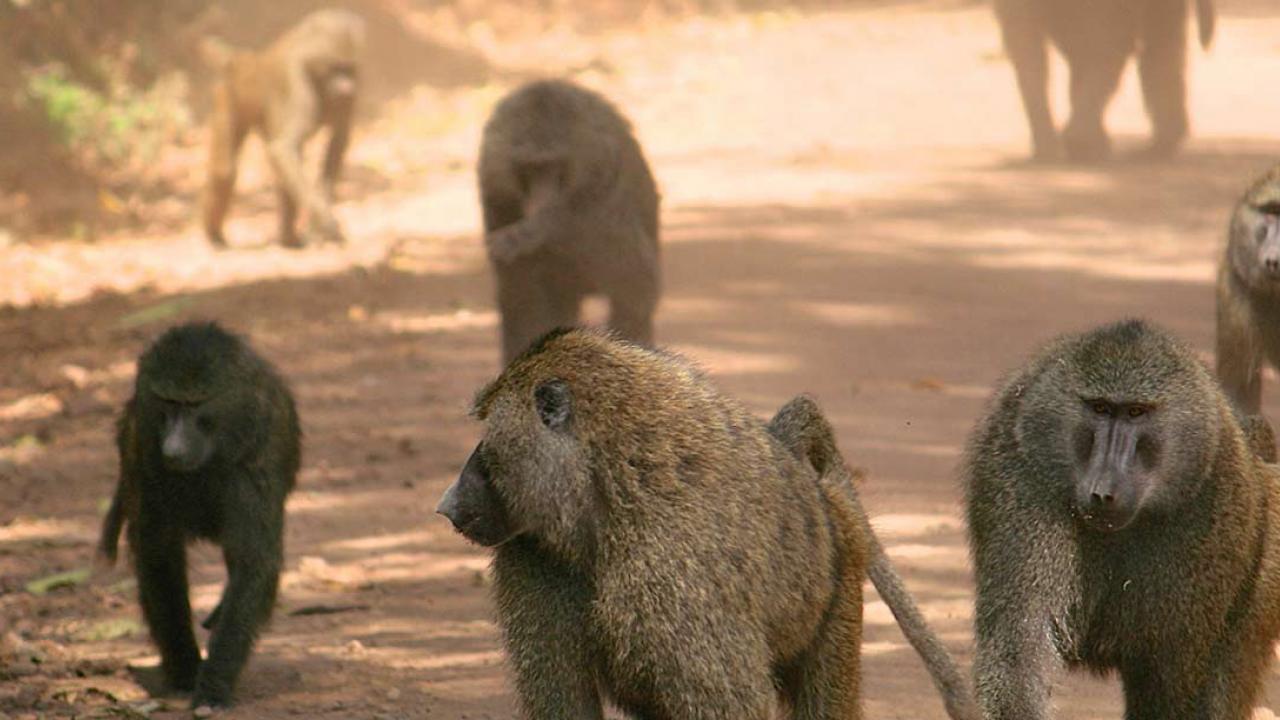 Baboons on the Move Practice Democracy

Looking at a troop of baboons, it’s easy to see who the leaders are. They get the first shot at food and mates, and just act like the bosses. But if you take a closer look, as UC Davis researchers have done, what’s taking place within the group looks a lot more like a democracy.

The new study, just published in Science,reveals that animals living in complex, stratified societies make some decisions democratically. It also breaks ground in how animal behavior data is collected.

How do we make decisions?

“It’s not necessarily the biggest alpha males that influence where groups go,” says co-author Meg Crofoot, assistant professor of anthropology at UC Davis. “Our results illustrate an important distinction between social status and leadership, and show that democratic decision-making takes place even in highly stratified societies.

“The question we are really trying to tackle with this research is how social animals living in complex societies make decisions. We now have access to data about group decision-making in social systems that are complex in many of the ways human societies are complex.”

This study was the first to use GPS tracking with a large group of primates. Researchers fitted 25 olive baboons — nearly the entire troop — with GPS tracking collars for two weeks. The field work was done in late 2012 at the Mpala Research Center in Kenya.

The GPS units were able to pinpoint within a quarter of a meter the location of each animal at the rate of one location per second resulting in 20 million GPS data points.

“We can closely examine how they are responding to one another,” Crofoot says. “These technological advances are giving us unprecedented windows into the lives of group-living of animals.”

This study, done through The Smithsonian Tropical Research Institute for which Crofoot is a research associate, was the first to use GPS tracking with a large group of primates.