The inaugural Sunset Fest took place last fall, on the first Friday night of the quarter. The marketing campaign included a website, social media posts and digital graphics (plus a video wrap-up after the festival).

In the student division at the Sacramento Advertising Club, Creative Media and Aggie Studios earned gold for the Sunset Fest project in the category for integrated brand identity campaign, as well as the people’s choice and judges’ choice awards as the best student piece of the competition. 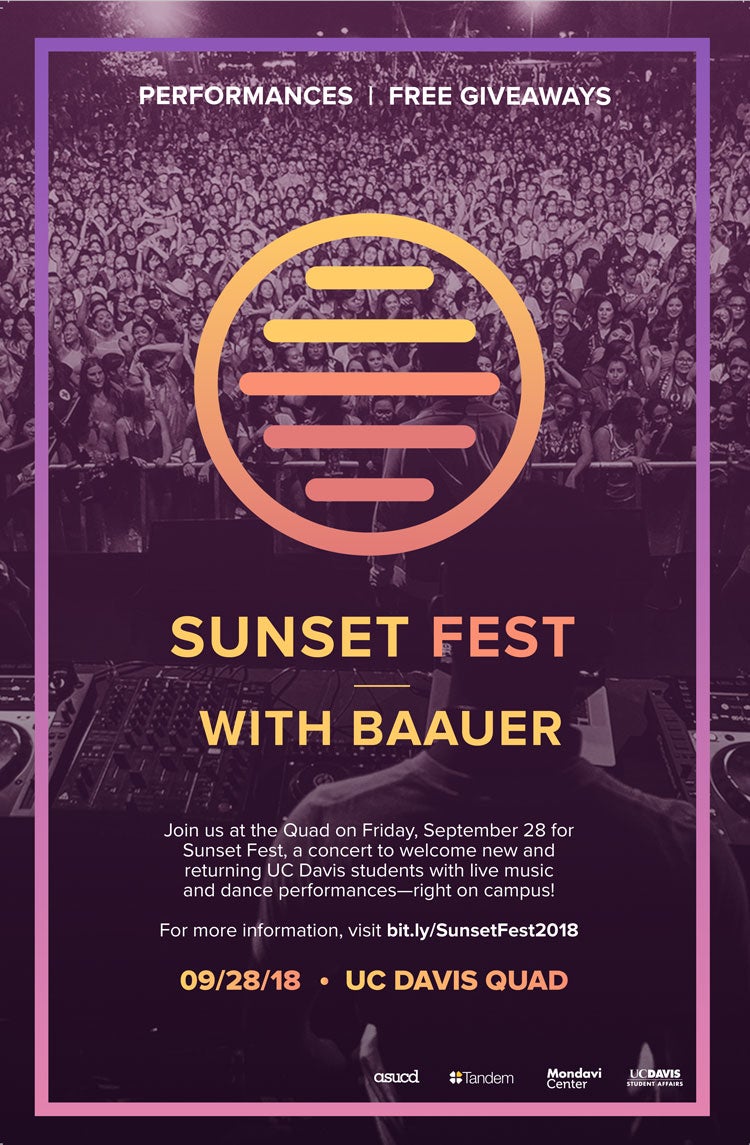 The Sunset Fest project went on to earn a silver award in the American Advertising Federation’s District 14 competition (Northern California and Northern Nevada), qualifying for the national judging that is now underway.

Aaron Garcia, Creative Media project manager, said: “Winning these awards for Creative Media and Aggie Studios means a lot, as this will open doors for higher-stakes, larger-scale projects from clients within UC Davis and outside of UC Davis.”

A “very proud” Scott Stevenson of Student Affairs Divisional Resources, who leads ASUCD marketing and serves as an advisor to Creative Media, said the talented students of Creative Media and Aggie Studios put together the Sunset Fest campaign in short order, after the ASUCD decided it did not want the school year to start without a marquee event during Welcome Week.

Sunset Fest, which replaced the BUZZ, will be back for fall 2019, and Creative Media and Aggie Studios is developing a new campaign. The teams also are working on an ASUCD rebranding.