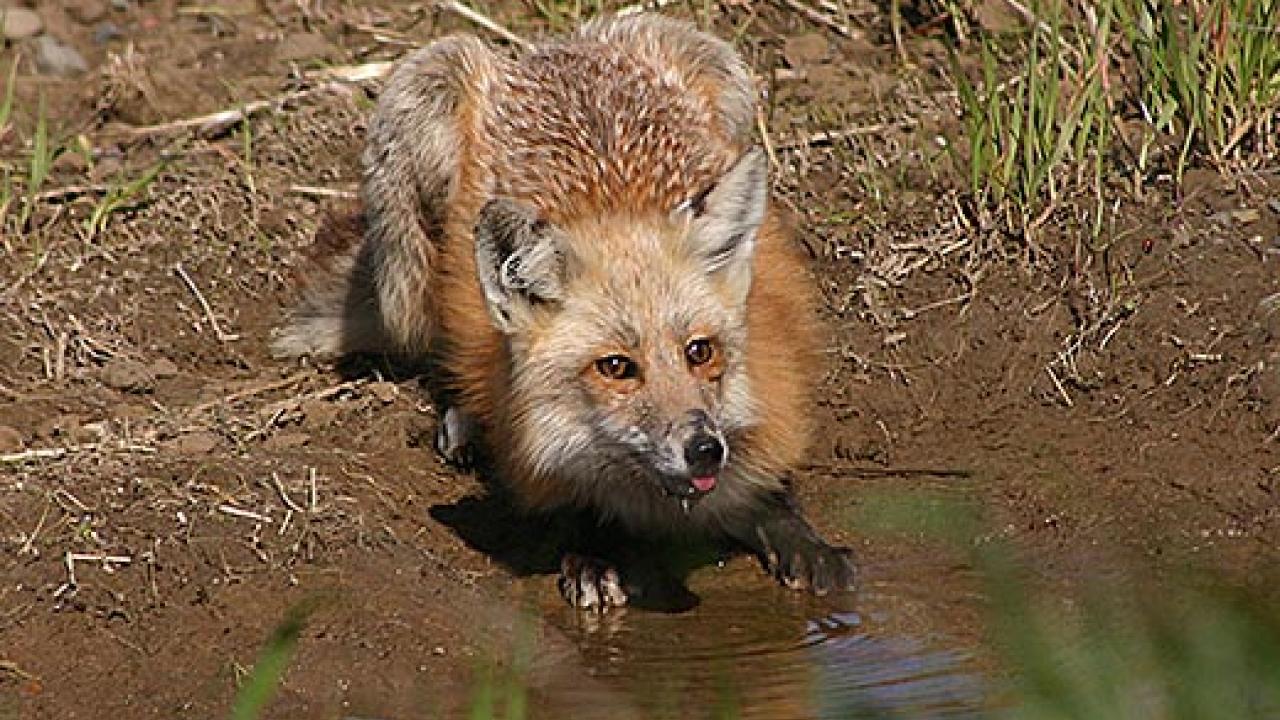 Imagine attempting to trace your genetic history using only information from your mother’s side. That’s what scientists studying the evolution of the red fox had been doing for decades. Now, University of California, Davis, researchers have for the first time investigated ancestry across the red fox genome, including the Y chromosome, or paternal line. The data, compiled for over 1,000 individuals from all over the world, expose some surprises about the origins, journey and evolution of the red fox, the world’s most widely distributed land carnivore.

“The genome and the information it contains about our ancestry and evolution is huge,” said lead author Mark Statham, an assistant project scientist with the UC Davis Veterinary Genetics Laboratory. “If you’re only looking at what your mother’s mother’s mother did, you’re only getting a small portion of the story.”

The study, published in the latest issue of the journal Molecular Ecology, represents the most globally comprehensive work yet on the red fox.

Conventional thinking based on maternal genetics suggested that red foxes of Eurasia and North America composed a single interconnected population across the Bering land bridge between Asia and Alaska. In contrast, this new research shows that the red foxes of North America and Eurasia have been almost entirely reproductively isolated from one another for roughly 400,000 years. During this time, the North American red fox evolved into a new species distinct from its Old World ancestors.

The previous view was distorted by the maternal picture because a single female line transferred from Asia to Alaska about 50,000 years ago.

The new genetic research further suggests that the first red foxes originated in the Middle East before beginning their journey of colonization across Eurasia to Siberia, across the Bering Strait and into North America, where they eventually founded the North American population.

“That small group that got across the Bering Strait went on to colonize a whole continent and are on their own evolutionary path,” Statham said.

During the red foxes’ journey over millennia, ice sheet formation and fluctuating temperatures and sea levels offered periods of isolation and reconnection, impacting their global distribution. Statham said understanding the evolutionary history of the red fox can provide insight into how other species may have responded to climate change and those same environmental shifts.

The research effort, headed by Statham and Ben Sacks, associate adjunct professor and director of the UC Davis Mammalian Ecology and Conservation Unit, involved a network of collaborators and contributors from around the world and relied heavily on specimens in natural history museums.

The study received primary funding from the Systematic Research Fund through the Systematics Association of the Linnean Society of London and the Veterinary Genetics Laboratory at UC Davis.