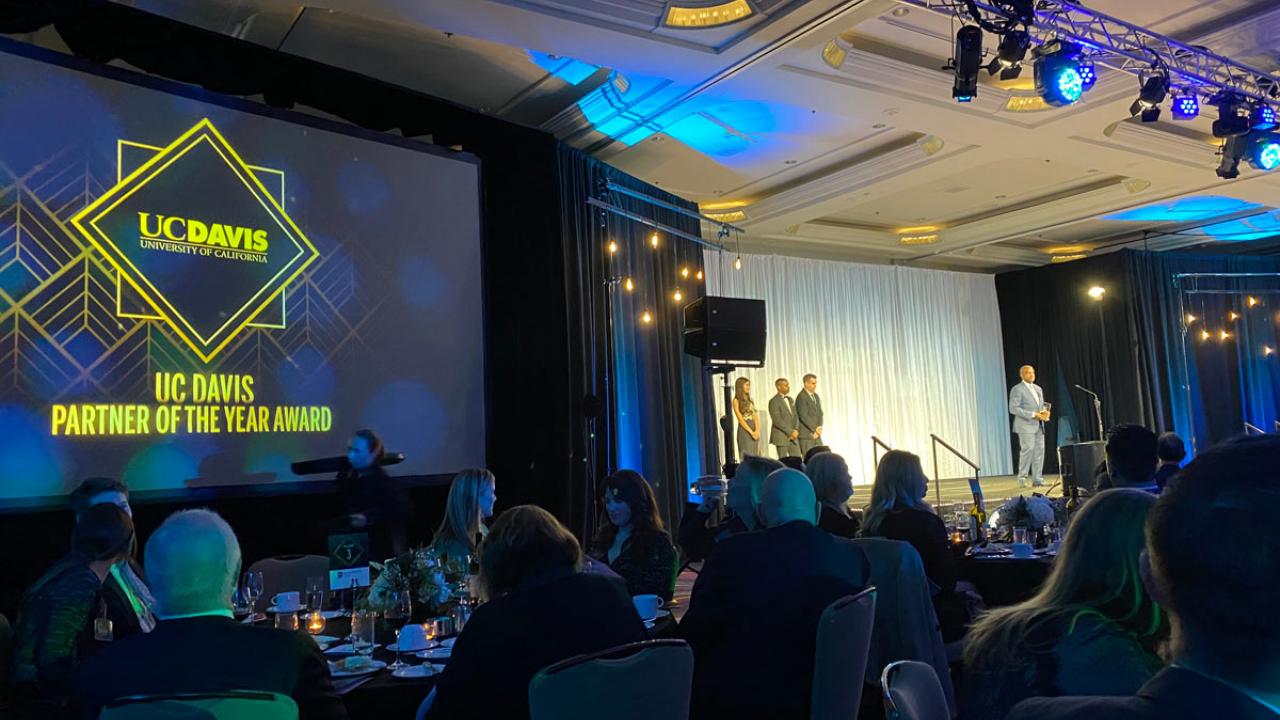 For the second time in just over a month, UC Davis has been honored for its forthcoming Aggie Square innovation hub on the university’s Sacramento campus.

Last week, the Greater Sacramento Economic Council named UC Davis as the council’s 2019 Partner of the Year in recognition of what the council’s Barry Broome described as the university’s “tireless efforts to bring Aggie Square to life.”

@GreaterSacramento on Facebook: We are so proud of @UCDavis’ work on #Aggie Square and excited to give them the Partner of the Year Award for leading this innovation hub, which will have an incredible impact on #GreaterSacramento. #CheersGreaterSac @Chancellor_May @UCDAggieSquare

“This center of innovation will have an immeasurable impact on the economy of the region for generations to come,” Broome, the council’s president and CEO, said in a letter notifying Chancellor Gary S. May of the Partner of the Year award.

“By aligning UC Davis’ strengths as a top public institution for research with the market goals of industry partners, Aggie Square will bolster growth in target sectors and create jobs in STEM fields, driving greater prosperity across the region,” Broome said.

Chancellor May accepted the award during the council’s annual dinner held Dec. 12 at the Hyatt Regency.

“Partnership is critical in bringing projects like these to life,” May said in his prepared remarks for the award presentation. He thanked the Greater Sacramento Economic Council and Mayor Darrell Steinberg and the city of Sacramento for their teamwork with UC Davis.

Last month, May and Steinberg earned a national leadership award for their efforts to develop Aggie Square. The award came from the Association of University Research Parks, or AURP, which cited May and Steinberg for forging a unique partnership that matches UC Davis’ strengths to community priorities and engages relevant industry partners to create opportunities for all, unlike many other research parks that focus exclusively on startups or narrowly focused industries.

By year’s end, UC Davis is expected to select a developer to finance, design, build, own and manage first phase of Aggie Square, choosing from among four finalists that emerged from a call for proposals in June. Construction is scheduled to begin in mid-2021.