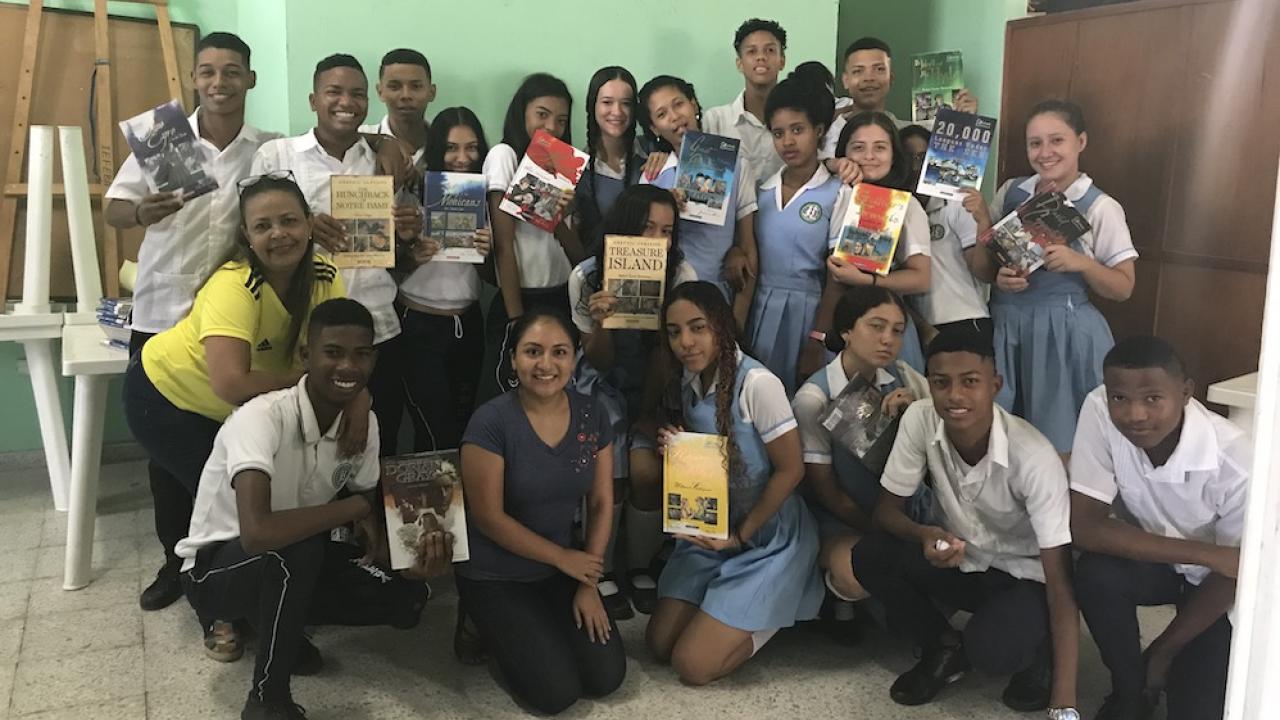 What Can I Do With a Linguistics Major?

As a UC Davis student, Cindy Santisteban always believed in the promise of her linguistics major. Soon after graduating in 2015, Santisteban got a taste of its career-building power when she applied for — and landed — a position in e-commerce.

With a double major in Spanish, she joined an experienced team of international translators at Wish in San Francisco. “The one thing that I had that [other applicants] didn’t have was a degree in linguistics,” Santisteban said. “[My supervisors at Wish] really valued that.”

After 2 1/2 years at the e-marketing platform, she left to earn a master’s degree in translation and localization management at Middlebury Institute of International Studies in Monterey, California. Now, she works as a marketing localization specialist for Fitbit in San Francisco.

“I feel like [a linguistics degree] really opens the doors to great opportunities after college,” Santisteban said. “When I do a general job search on LinkedIn, I see a lot of jobs where they would prefer candidates who have a degree in linguistics.”

The career possibilities are vast, according to alumni, peer advisors and faculty. Linguistics, the systematic study of human language, provides a strong foundation for working in speech pathology, education, journalism, law, artificial intelligence and computer-mediated language learning, among other fields.

“Language is such an integral part of almost everything we do, so there’s bound to be a way to apply your knowledge of linguistics to whatever job you’re doing,” said Marina Bydalek (B.A., linguistics, ’20).

During her two years as a peer advisor, Bydalek organized career workshops featuring UC Davis linguistics alumni who work in marketing, language programming at a technology company, freelance writing, translation and English as a second language education overseas. “They were all able to apply their linguistics degree,” she said.

Bydalek said she chose linguistics as her major when she enrolled at UC Davis because she studied Latin in high school in Redding, California, and fell in love with language — both on a micro and macro level.

“Looking into it more, I became more interested in language education.” She currently works as an instructional aide at a Redding elementary school and privately tutors young students in reading and writing. She plans to pursue a graduate degree in teaching English-language learners, with her eyes on a career in adult education.

With about 150 undergraduates entering the major each year, Bydalek said UC Davis linguistics students have opportunities to work closely with noted faculty, pursuing an honors thesis or research.

“It’s one of the top five linguistics programs in California. So, you’re getting this world-class linguistics education, but in an intimate environment. Except for the introductory courses, most of my classes were only 20 to 30 students.”

Julia Menard-Warwick, professor and undergraduate faculty advisor in the Department of Linguistics, said the small class sizes give students the chance to get to know their professors well. “I generally find linguistics majors to be good students — intelligent, interested, curious, motivated.”

Raul Aranovich, professor and chair of linguistics, said he and his colleagues frequently conduct data-driven research with colleagues in other departments, bringing a cross-disciplinary approach to linguistics studies at UC Davis. “We’re moving into this new era of interdisciplinarity — and that is the strength of UC Davis.”

What linguistics is not

A question frequently asked of linguistics students and scholars is: “What languages do you speak?”

To be sure, a love of languages does draw many students to the major. “Multilingualism or multilingual aspiration is often why people get interested in linguistics in the first place. This is certainly true of me,” said Professor Menard-Warwick, who studies second-language acquisition, speaks Spanish fluently and has studied French, Russian, Hebrew, Arabic and Nahuatl.

Doctoral student Peter Torres said: “We don’t train to be walking Rosetta Stones or Duolingos.” All the same, Torres said he enjoys answering the question about his language fluency. “Sometimes I respond with, ‘I know Dothraki and Valyrian, languages from some place called Westeros,’ or something like that. If they get the [Game of Thrones] reference, then that's when I come clean and admit that I actually did study the structure of those languages. In fact, I use those languages as examples when I teach Linguistics 1. A linguist, David Peterson, created those languages.”

Torres said many students in his introductory courses — majors and nonmajors alike — become fascinated with linguistics once they realize how complex languages are.

“Linguistics is the study of language structure from how sounds form syllables, how syllables combine to form words, and you continue until you have phrases, sentences and meaning, among others. Finally, linguists connect all these components to society and culture to make sense of the world.” —Peter Torres

As the first in her family to go to college, 2015 graduate Santisteban said she initially received skeptical questions from her father about her field of study: “Oh linguistics, what can you do with that?”

She said she persuaded him to have faith in her choice of majors. “I told him, ‘I know what I’m doing, this is what I like to do. I’ll worry about the job afterwards.’ It worked in my favor.”

“I’m grateful that my degree has led to a career that I’m passionate about — and that other classmates I know of have also had exciting careers,” said Santisteban. “It all just depends on how you apply those transferrable skills — analysis, communicating effectively. Those sorts of skills are very valuable for employers.

“I would hope that parents don’t discourage their kids from majoring in something they really love. Because obviously, when the passion is there, there are so many opportunities that come up.”

Kathleen Holder is a content strategist and writer in the College of Letters and Science.