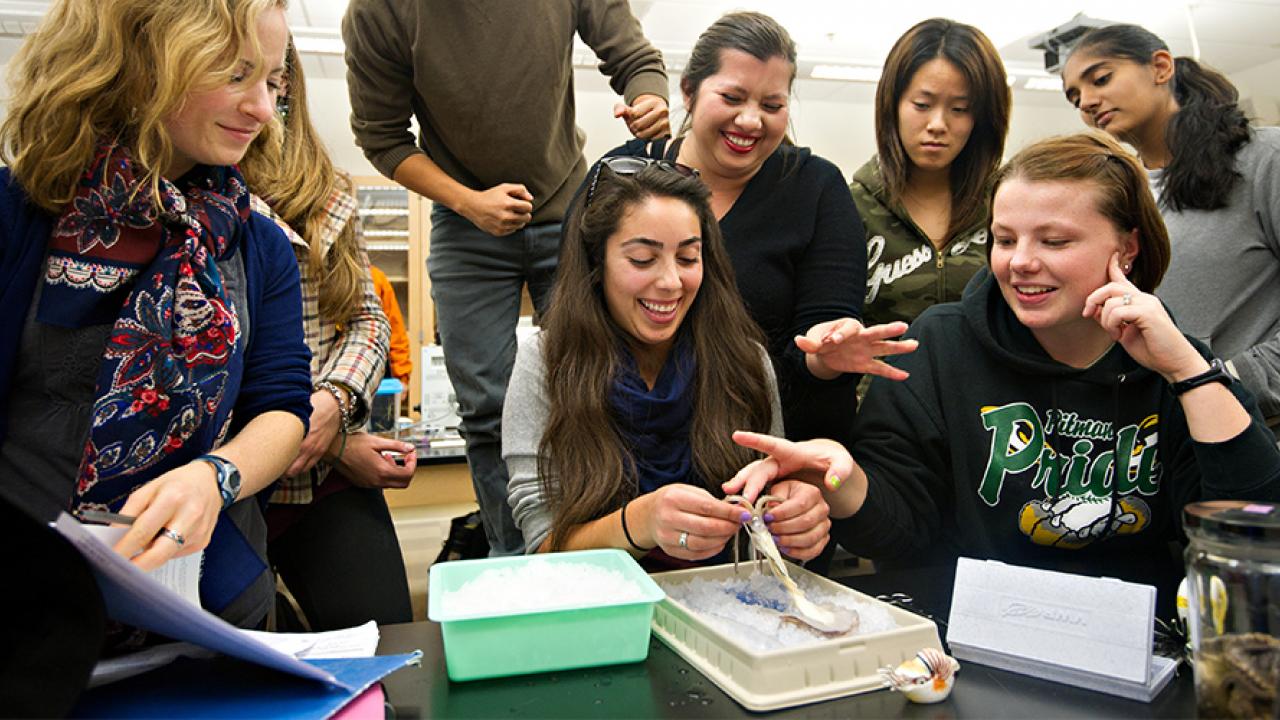 Cognitive Science Majors Study Why Things Work the Way They Do

Study ‘how humans behave and how technology works’

How do we ignore distractions? How do we focus while engaged with virtual reality? How can we stop facial recognition programs from racially profiling people? While these questions might seem to come from unrelated fields of study, they are actually the issues that cognitive science majors at UC Davis consider, address and research.

A major of choices

With classes in sociology, linguistics, communications, psychology and neuroscience, studying cognitive science involves a wide array of disciplines. “You can make the cognitive science major what you want to be,” said professor Joy Geng.

A faculty member at the Center for Mind and Brain and the Integrated Attention Lab, Geng researches vision and visual attention.

“Cognitive science students are interested in how humans behave and how technology works,” Geng said.

She described the major as the center of a Venn diagram between a diverse range of fields. Through the study of cognitive science, lessons learned from linguistics are applied to artificial intelligence; from sociology to data analytics; and from UC Davis to the world.

The multifaceted major is “very collaborative,” Geng said, a useful quality, as the field is “too much for one person to research.” Via a variety of academic structures, UC Davis cognitive science students benefit from “experimentally driven” labs.

Though herself a psychologist, Geng works in her lab specifically with cognitive science undergraduates who analyze detailed brain maps, called deep neural networks, that model attention. Due to its interdisciplinary nature, the major “offers new opportunities that even in my field we haven’t exploited," Geng said.

Sai Siddhaye, a student pursuing a B.S. in the neuroscience track, described her research work in Dr. Fernanda Ferreira’s lab as “eye-opening.” Focusing on psycholinguistics, the way human language interacts with cognitive systems, she appreciates the “new, unconventional approach” that cognitive science offers to understand other fields.

UC Davis is one of only a few universities in the U.S to offer a cognitive science major, Deng said.

“There aren’t many cognitive science departments in the country,” she said. “There are a few, but they tend to look like psychology.” Geng mentioned there are a variety of opportunities for undergraduate research and internships within the major.

Cognitive science gives undergraduates another valuable set of opportunities: the freedom to be at once flexible and specific. Geng described the workload as “not a prescription of classes,” but rather decided by “how much of a given field you’re interested in” among areas such as artificial intelligence, linguistics, robotics, computer science and psychology.

This type of study offers benefits to self-motivated students, not only in their undergraduate careers, but also later in life.

“If somebody comes to me as a graduate student with a cog sci background, I’ll know they’ll have more knowledge about computers than a typical psychology student,” Geng said.

"Developing new technologies that interact with humans,” is a burgeoning field, Geng said. “Like (virtual reality) is a good example. It could be used for games, training for doctors, training tools for autistic adults.”

Some other opportunities for cognitive science graduates include jobs in research, marketing, education, government intelligence, healthcare and product design.

Thorhildur Asgeirsdottir (UC Davis ‘19) is a researcher at Neosensory, a Bay Area startup helping to develop wearable devices that enhance the user’s spatial and environmental awareness. She described the academic research and engagement done in her undergraduate years as widely interdisciplinary, extending into design classes, “building a foundation I really appreciate as I’ve transitioned out of university and into the job market.”

Cognitive Science is more than the sum of its many parts; it is, as Geng said, a study of how humans behave and how technology operates. Learning to understand these dynamics in one of many potential fields of study is an invaluable opportunity, not only for passionate, independent students ready to make a difference, but also for an increasingly multidisciplinary world.