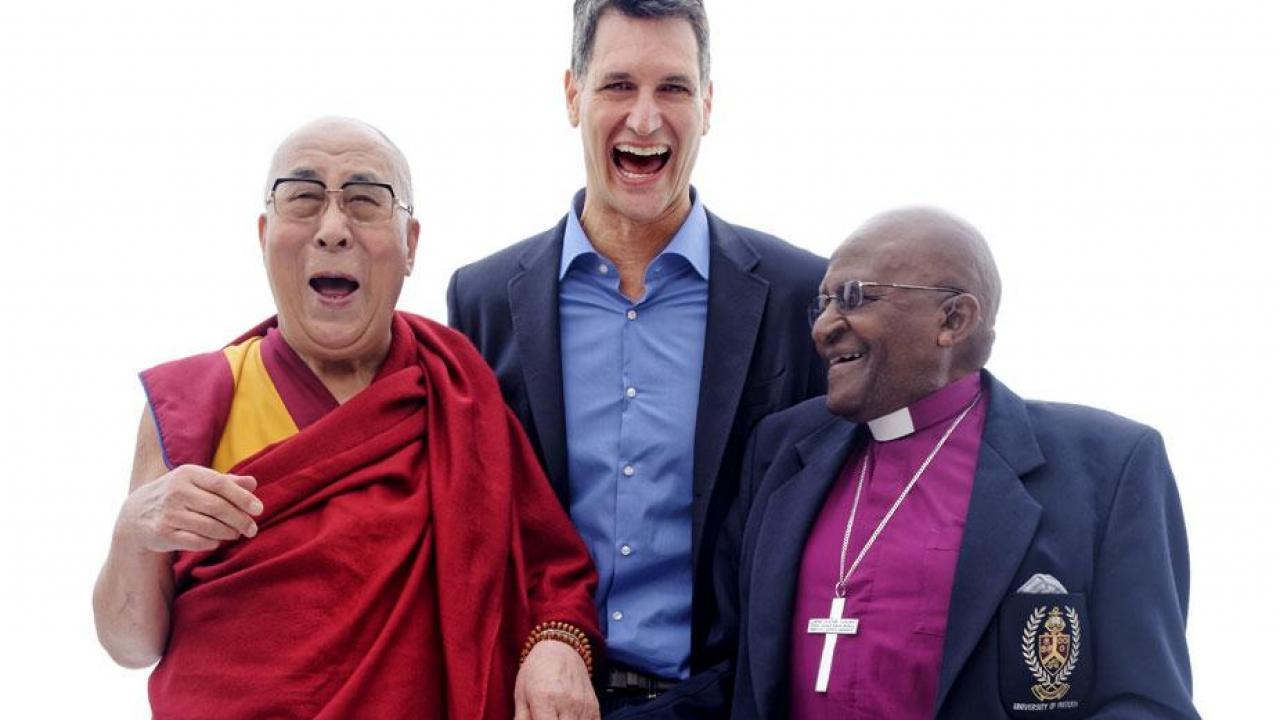 How to Find Joy in Your Choice of Major

How to Find Joy in Your Choice of Major

Does your major bring you joy? How do you even define joy?

Ambitious questions, sure, but a five-person panel of staff, faculty and students in the Memorial Union tried to answer them last week at “Discovering Joy in Your Choice of Major.” The discussion, facilitated by Kawami Evans and Wendy Haws, was part of the 2018-19 Campus Community Book Project, a series of campus events around The Book of Joy: Lasting Happiness in a Changing World ﻿by the Dalai Lama, Desmond Tutu and Douglas Abrams.

Thor Harris, a lecturer in the philosophy department, offered the Buddhist perspective on joy. Conventional joy is caused by pleasure, success, satisfaction and wealth, he said. Genuine joy is different.

“Genuine joy is interesting because from a Buddhist point of view it’s going to be the elimination or reduction of suffering,” Harris said. “And that means particularly the elimination of anguish, sorrow, fear of death, and strangely enough, freedom from conventional joy. So not being bound up in conventional notions of success.”

Defining joy for yourself

The panel shared their own winding paths from deciding on a major in college to evolving their ideas of success. Several advisors and professors stressed this point: It’s important to define your own vision of a good life. Harris decided to study philosophy “to think critically and independently about what made a life worth living.” Leslie Peek, an advisor in the Internship and Career Center, started out pre-med because of a desire to help people, and discovered a better outlet for that same drive as a psychology major.

Others found joy in surprising places.

“My undergrad was in business administration with an emphasis in finance. So I was not finding the meaning of life — at all,” joked Erum Syed, chief administrative officer of the Green Cluster in the College of Letters and Science. “I was choosing commercial banking or investment banking. I’m not going to say I chose it as a joyful major — most business majors don’t. But I found a lot of joy in it.”

Students in the audience revealed their internal struggles to choose a major in line with their passions or societal expectations.

“I think a lot of times, especially in educational settings, there’s a lot of outside pressure to choose a major or career path based on what you’re told will get you to this external type of joy,” said freshman Leah Kalish.

She said The Book of Joy and the panel helped her to understand that joy comes from within. “I’m still deciding my major, but knowing that no matter what I choose it’ll end up okay and right because my perspective on it is right and I’ll choose what’s best at this moment in time.” (Read more of her reflections: “A Freshman Finds Joy in an Undeclared Major.”)

Some students were torn by familial pressure.

“My dad is Iranian American and my mom is American, so I came from a culture that was like, ‘Are you going to be a doctor? Are you going to be a lawyer? Everything else doesn’t matter,’” said one student who started as a managerial economics major. “If I really want to do something and it’s not what my culture or parents want, I will make it happen.”

Ultimately, she chose to double major in psychology and communications. “And I kind of want to go into the fashion industry — I don’t look like it right now,” she said to laughs, pointing to her UC Davis sweatshirt. “I’m an athlete, so this is my disguise for now.”

Creating the space to decide

“Space is really important, spaces like this,” said a junior who’d just transferred to UC Davis. “This is my first time in the quarter system and the whole idea of time is just — I’m telling you it gnaws at us students. But you need the space to say, ‘You know what, maybe I don’t want to do this anymore?’”

The small space of the discussion could have made a permanent impact on another student’s career path. She said it encouraged her to consider cinema and digital media as majors.

“I’ve loved film since I was in middle school, but you know, I have a Mexican mom and she’s like, ‘Film?’” she said, and the crowd laughed. “This meeting, I’m grateful to have come here and I almost didn’t come — but just having more guidance on how to pick my major and how to find joy. Because joy definitely wasn’t what I was thinking about before. But now joy is the idea. It’s the goal. But now I have class.”

And with that, she left the room.

Rebecca Huval is digital managing editor of the Majors Blog in Strategic Communications. She double majored in poetry and arts-and-culture reporting. Despite what people might say about poetry (or arts reporting for that matter!), both of those majors have come in handy in her career as a journalist, a UX writer and a content marketer.