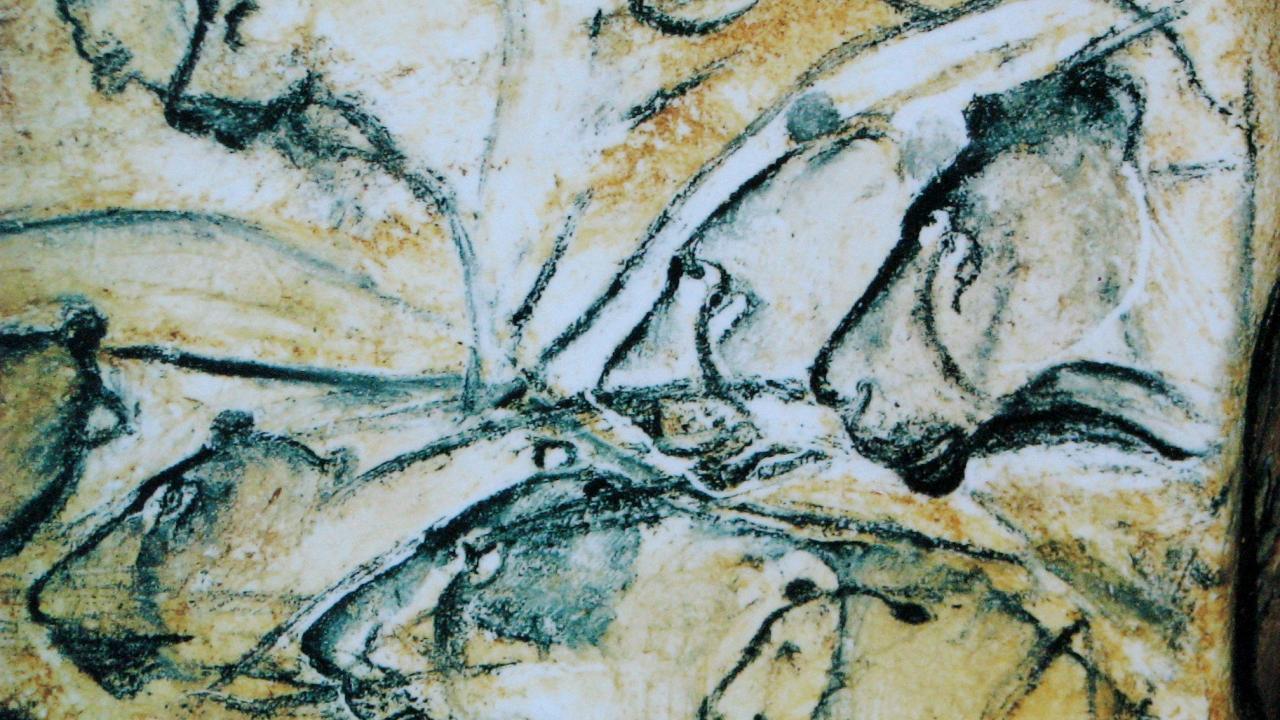 Did Artistic Ability Give Homo Sapiens an Edge Over Neanderthals?

Neanderthals used thrusting spears to bring down tamer prey in Eurasia, while Homo sapiens, or modern humans, spent hundreds of thousands of years spear-hunting wary and dangerous game on the open grasslands of Africa.

That extra skill level that helped them survive may have helped them evolve in multiple ways.

Richard Coss, a professor emeritus of psychology at University of California, Davis, says the hand-eye coordination involved in both hunting with throwing spears and drawing representational art could be one factor explaining why modern humans became smarter than Neanderthals.

His findings were published in the journal Evolutionary Studies in Imaginative Culture. In the article, he examined archaeological evidence, genomics, neuroscience studies, animal behavior and prehistoric cave art.

From this, he proposes a new theory for the evolution of the human brain: Homo sapiens developed rounder skulls and grew bigger parietal cortexes — the region of the brain that integrates visual imagery and motor coordination — because of an evolutionary arms race with increasingly wary prey.

“Neanderthals could mentally visualize previously seen animals from working memory, but they were unable to translate those mental images effectively into the coordinated hand-movement patterns required for drawing.”

Drawn from earlier research on zebras

Coss’ paper grew out of a 2015 study in which he and a former graduate student reported that zebras living near human settlements could not be approached as closely before fleeing as wild horses did when they saw a human approaching on foot — staying just outside the effective range of poisoned arrows used by African hunters for at least 24,000 years.

Neanderthals, whose ancestors left Africa for Eurasia before modern human ancestors, used thrusting spears at close range to kill horses, reindeer, bison, and other large game that had not developed an innate wariness of humans, he said.

“Neanderthals could mentally visualize previously seen animals from working memory, but they were unable to translate those mental images effectively into the coordinated hand-movement patterns required for drawing,” Coss writes.

Coss, who taught drawing classes early in his academic career and whose previous research focused on art and human evolution, used photos and film to study the strokes of charcoal drawings and engravings of animals made by human artists 28,000 to 32,000 years ago in the Chauvet-Pont-d’Arc Cave in southern France.

The visual imagery employed in drawing regulates arm movements in a manner similar to how hunters visualize the arc their spears must make to hit their animal targets, he concludes.

Arts Blog: Why Can't Everyone Be an Artist?

The Fate of Neanderthal Genes