The economy could be suffering the effects of the coronavirus for decades, suggest economists at the University of California, Davis, who researched the financial effects of pandemics dating back to the 14th century.

“If the trends play out similarly in the wake of COVID-19 — adjusted to the scale of this pandemic — the global economic trajectory will be very different than was expected only a few weeks ago,” the authors wrote in a working paper published this week. “Pandemics are followed by sustained periods — over multiple decades — of depressed investment opportunities.”

Òscar Jordà, Sanjay Singh and Alan M. Taylor, all professors in the Department of Economics, concluded in their paper that the pandemic will likely depress real rates of return, lead to small increases in real wages and weigh on investment. A real rate of return is an annual percentage of profit earned on an investment, adjusted for inflation.

The paper, “Longer Run Economic Consequences of Pandemics,” was published online by the Financial Reserve Bank of San Francisco, where Jordà is a senior policy adviser.  The research was also reported on in Bloomberg.com and in other media.

The researchers studied macroeconomic responses to historic pandemic events, using data collected over many years by economic historians, and measured economic performance at annual frequency in cities, regions and countries from the 14th century to the present.

The economists looked at 12 major pandemics where more than 100,000 people died. They also looked at armed conflicts that killed comparable amounts of people.

“Significant macroeconomic after-effects of the pandemics persist for about 40 years, with real rates of return substantially depressed. In contrast, we find that wars have no such effect, indeed the opposite,” the authors said in their paper.

They said pandemics typically are followed by depressed investment opportunities, possibly because of heightened desires to save, possibly due to an increase in precautionary saving, or because people are trying to rebuild depleted wealth.

The major caveat identified by the economists is that past pandemics occurred at a time when people did not survive to old age. “The Black Death and other plagues hit populations with the great mass of the age pyramid below 60, so this time may be different,” they said. 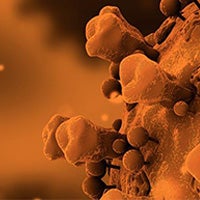 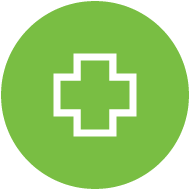