What is Arctic Sea Ice? 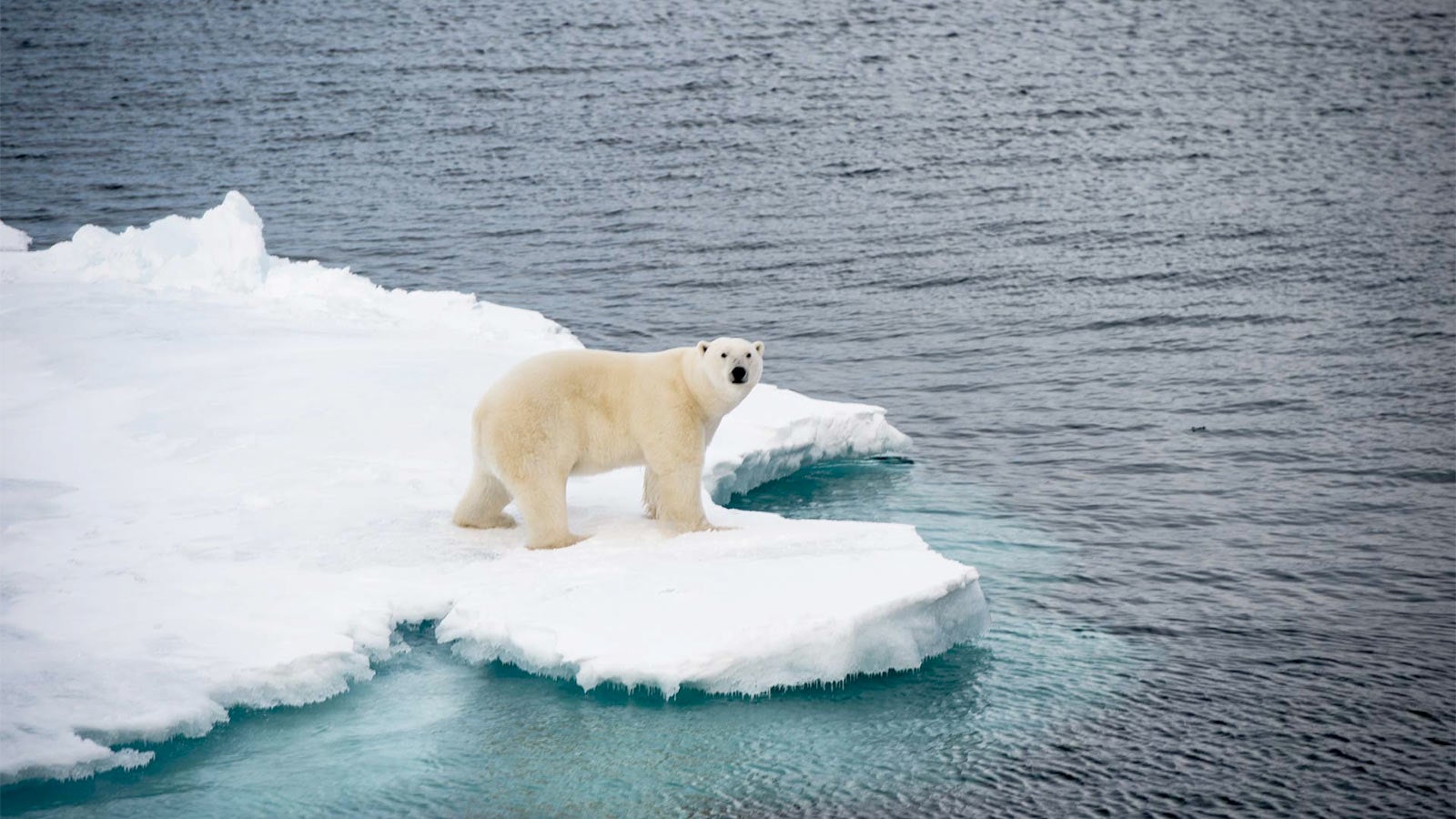 Polar bears and walruses face the threat of declining birth rates and restricted access to food sources due to decreased sea ice coverage and thickness.

Sea ice is an integral part of the Arctic Ocean and an important indicator of climate change. During winter’s dark months, sea ice will typically cover the majority of the Arctic Ocean. In the summer, the ice will melt due to warmer temperatures and longer exposure to the sun. During the summer, when sea ice will reach its thinnest by mid-September, the area covered by ice is about half the size of the winter maximum. As the sun moves south and the winter months return, the ice begins expanding once again.

The area covered by Arctic sea ice is an important indicator of global climate change because as global temperatures rise, the rate at which warmer air and warmer water temperatures reduce the amount of existing sea ice can be measured.

Sea ice plays an important role maintaining the Earth’s energy balance while helping keep polar regions cool due to its ability to reflect more sunlight back to space. Sea ice also keeps air cool by forming an insulating barrier between the cold air above it and the warmer water below it.

As the melting sea ice turns to warmer seawater, the Arctic region grows warmer, which may initiate a “feedback loop” where the increased amount of warm seawater melts the sea ice at a faster rate than before. The age of sea ice acts as an important indicator of Arctic conditions. As sea ice accumulates over many years, it is generally stronger and thicker than younger ice. The loss of older sea ice suggests the Arctic ice cover is becoming thinner.

There is also evidence to suggest the sea ice melt season is becoming longer, meaning sea ice is melting earlier in the year and freezing later than it used to.

The compounding effects of global warming on Arctic sea ice directly impact the health of Arctic ecosystems. Polar bears and walruses rely on sea ice for hunting, breeding and migrating. Polar bears and walruses face the threat of declining birth rates and restricted access to food sources due to decreased sea ice coverage and thickness. Impacts on Arctic wildlife, as well as the loss of sea ice itself, restricts traditional subsistence hunting for indigenous Arctic populations, like the Yup’ik, Iñupiat, and Inuit.

While diminished sea ice has a negative ecological effect, it also presents commercial opportunities. Reducing sea ice could create new shipping lanes and could increase access to natural resources in the Arctic region.