Nerdy floral shop worker Seymour would do or give anything to gain the love of Audrey, the object of his affection. The depth of his desire is tested when a strange and menacing addition to his floral shop brings him sudden and unexpected popularity. This hit musical, based on the campy 1960s cult horror film, features music by Alan Menken. Broadway At Music Circus premiere.

About 40 local, national and international artists will descend on Sacramento to paint murals all over the city during the 10-day Wide Open Walls mural festival.  Organizers believe that art is an integral part of the human experience, and can empower, inspire and transform lives.  And they’re challenging the artists this year to create designs that align with their landscape, with the goal that the murals will become permanent gifts to Sacramento.

The list of artists includes names such as Shepard Fairey, one of the most influential street artists perhaps best known for his OBEY Giant artwork and the Barack Obama “Hope” poster used during the 2008 presidential campaign.  Also Shamsia Hassani, the first female graffiti artist in Afghanistan and local artists like Michele Murtaugh and Aizik Brown.

Over the 10 days, there’ll be block parties, street parties, gallery openings and art creation all over Sacramento. Considered one of the most important private collections of French paintings outside Europe, the Horvitz collection presents fascinating works created by noted artists who marked the history of the 18th century art, such as Watteau, Boucher, Fragonard, Greuze and David.  This exhibition examines the many paths and stages of women's lives through the art of 18th-century France.

In honor of the exhibition “Becoming a Woman in the Age of Enlightenment: French Art from The Horvitz Collection,” violinist Anita Felix and pianist Miles Graber have created a program of women composers who broke their own glass ceilings. Composers such as Clara Schumann (who supported her husband’s music career over her own), Fanny Mendelssohn (who’s family championed her brother Felix’s musical gifts despite Fanny’s prodigious talent) persisted in their efforts to create beautiful music of the Romantic era, and works by Maria Grandval, a French romantic composer who achieved fame under a masculine pseudonym. Join us in this celebration of female composers whose skill, passion, and musicianship put them in a class of their own. For more than 50 years, the Crocker has proudly presented its Classical Concert Series, a monthly concert featuring the finest musicians and singers from around the region and across the world. Performances are 60 minute concerts with no intermission and draw a connection to the art on view at the Museum and offer audiences a chance to hear a variety of classical music, from Baroque to contemporary. Performers are selected by the Crocker’s Classical Concert Music Board based on experience, quality of proposed program, and, most importantly, talent and musicianship. Space is limited and advance registration is recommended. In advance of the Classical Concert, enjoy a docent-led tour of the temporary exhibition “Becoming a Woman in the Age of Enlightenment: French Art from The Horvitz Collection,” as well as works in the Crocker’s permanent collection that explore the theme of womanhood, to help put the music in context with the art. Prelude Tours are open to all visitors.

Celebrated bassist, bandleader, composer, activist, and Sacramento native Marcus Shelby returns to close out Jazz Night at the Crocker. Praised for his original score for Anna Deveare Smith’s off Broadway play “Notes from the Field” (voted one of the top 10 plays in 2016 by TIME magazine and the New York Times), Shelby delights audiences with his extensive repertoire, which includes work by Duke Ellington, Count Basie, and Charles Mingus as well as original compositions driven by African American historical narratives.Marcus Shelby will be joined by vocalist Tiffany Austin, who soulful signature style and nuanced delivery has established her as one of the fastest rising stars in California. 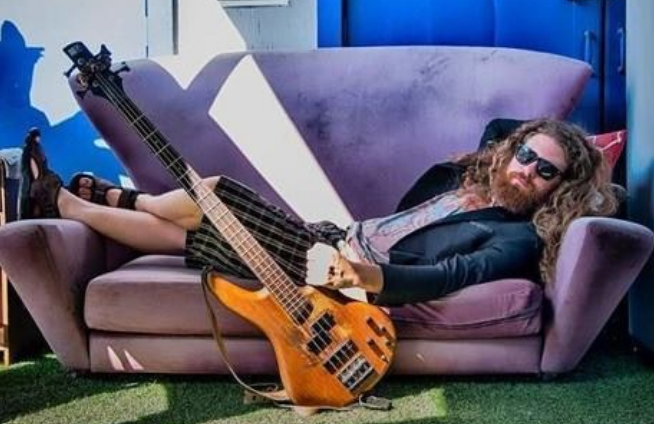 Muliti-instrumentalist Casey Abrams from Idyllwild, California, finished in sixth place in the tenth season of American Idol, five weeks after being saved from elimination by the judges.

Ray Benson founded Asleep at the Wheel in Paw Paw, West Virginia 48 years ago. Now based in Austin, the band holds 10 Grammy awards, 20 studio albums and 20 singles on the Billboard country charts.  Asleep at the Wheel is bringing a fresh look, sound and new album in 2018. With recent additions Katie Shore (fiddle, vocals), Dennis Ludiker (fiddle, mandolin) Connor Forsyth (keyboard, vocals) and Josh Hoag (Bass) Asleep at the Wheel's newest members have given a newfound energy and their own unique style within the band. Asleep at the Wheel veterans David Sanger (Drums) Eddie Rivers (Steel Guitar) and Jay Reynolds (Saxophone and Clarinet) round out the now 8 piece band. Between those Texas Twin Fiddles and Boogie Piano, you can bet you'll be dancin' down the aisles and swingin' all night long when the Wheel rolls into town! 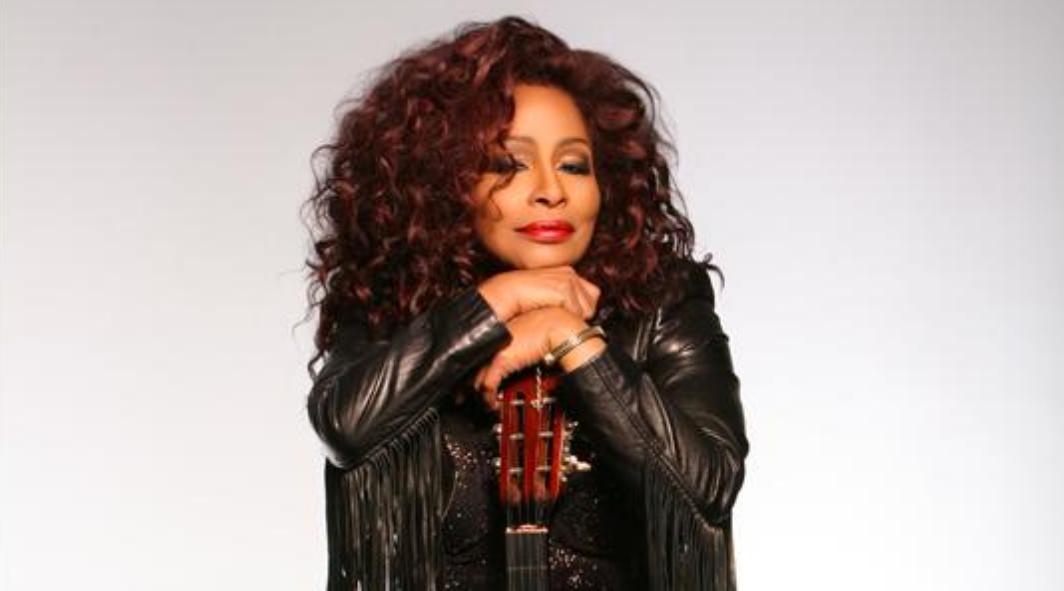 Chaka Khan’s career began in the 1970s as the lead vocalist of the funk band Rufus. Known as the Queen of Funk, Khan has earned 10 Grammys and sold an estimated 70 million records worldwide.  The singer-songwriter calls her current tour “a celebration of a lifetime.” São Paulo pianist/composer/arranger AMILTON GODOY founded the iconic Zimbo Trio at age 23. Combining the rhythms of samba and bossa nova with jazz, this became one of the most influential Brazilian instrumental groups in the second half of the 20th Century, making 51 recordings and playing in 40 countries over the years. At age 77, Godoy is still playing with the energy and enthusiasm of a teenager (a very experienced one)! Flutist/pianist/composer LÉA FREIRE, also from São Paulo, is a major force in creative Brazilian music, as a performer, composer, and producer.

The BEREKELEY CHORO ENSEMBLE, formed in 2010, has dedicated itself to the performance of choro, Brazilian popular music which is a captivating blend of European chamber music with Afro-Brazilian rhythmic energy and a touch of jazz.

“The Berkeley Choro Ensemble is one of the few groups playing outside Brazil that has the deepest understanding of what it means to play a ‘chorinho.’ –World Music Report, April, 2018 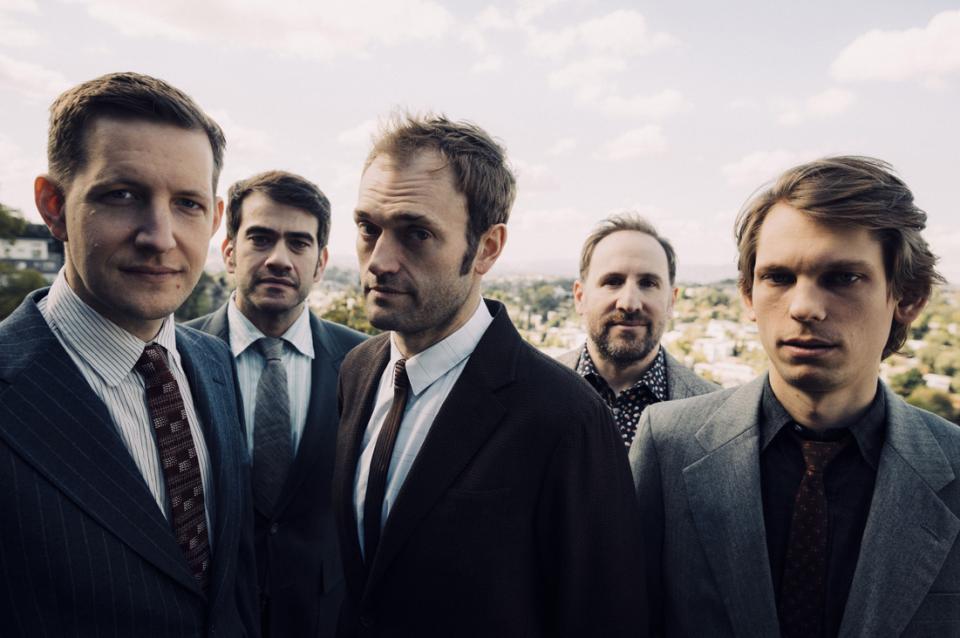 Says the Washington Post, “With enthusiasm and experimentation, Punch Brothers take bluegrass to its next evolutionary stage, drawing equal inspiration from the brain and the heart.”  Their style has been described as "bluegrass instrumentation and spontaneity in the structures of modern classical" as well as "American country-classical chamber music." 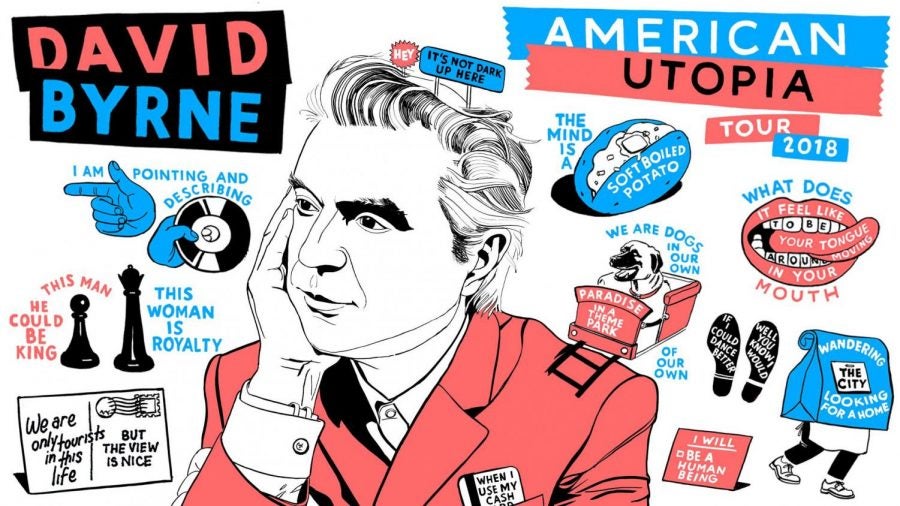 Former Talking Head’s frontman, David Byrne, tours in support of his new album, American Utopia, his first solo album in 14 years.  The album is part of a larger multimedia project titled Reasons to Be Cheerful which aims to give reasons for being happy and optimistic in spite of political strife and environmental problems.  Byrne calls this tour his most ambitious since the shows that were filmed back in the ‘80s for “Stop Making Sense” 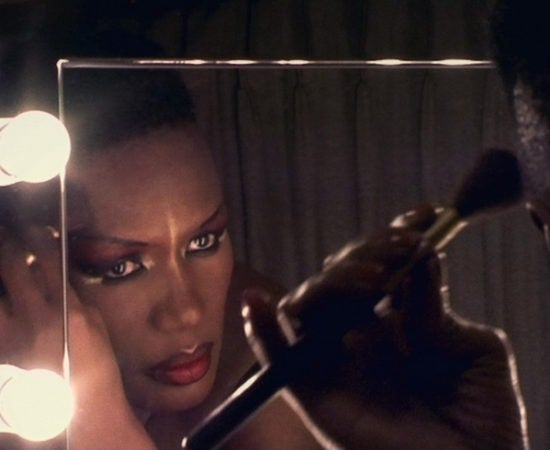 This electrifying journey through the public and private worlds of pop culture mega-icon Grace Jones contrasts musical sequences with intimate personal footage, all the while brimming with Jones’s bold aesthetic. A larger-than-life entertainer, an androgynous glam-pop diva, an unpredictable media presence — Grace Jones is all these things and more. Sophie Fiennes’s documentary goes beyond the traditional music biography, offering a portrait as stylish and unconventional as its subject. Taking us home with her to Jamaica, into the studio with long-time collaborators Sly & Robbie, and backstage at gigs around the world, the film reveals Jones as lover, daughter, mother, and businesswoman. But the stage is the fixed point to which the film returns, with eye-popping performances of “Slave to the Rhythm,” “Pull Up to the Bumper,” “Love is the Drug,” and more. Jones herself has said watching the film “will be like seeing me almost naked” and, indeed, Fiennes’s treatment is every bit as definition-defying as its subject, untamed by either age or life itself.