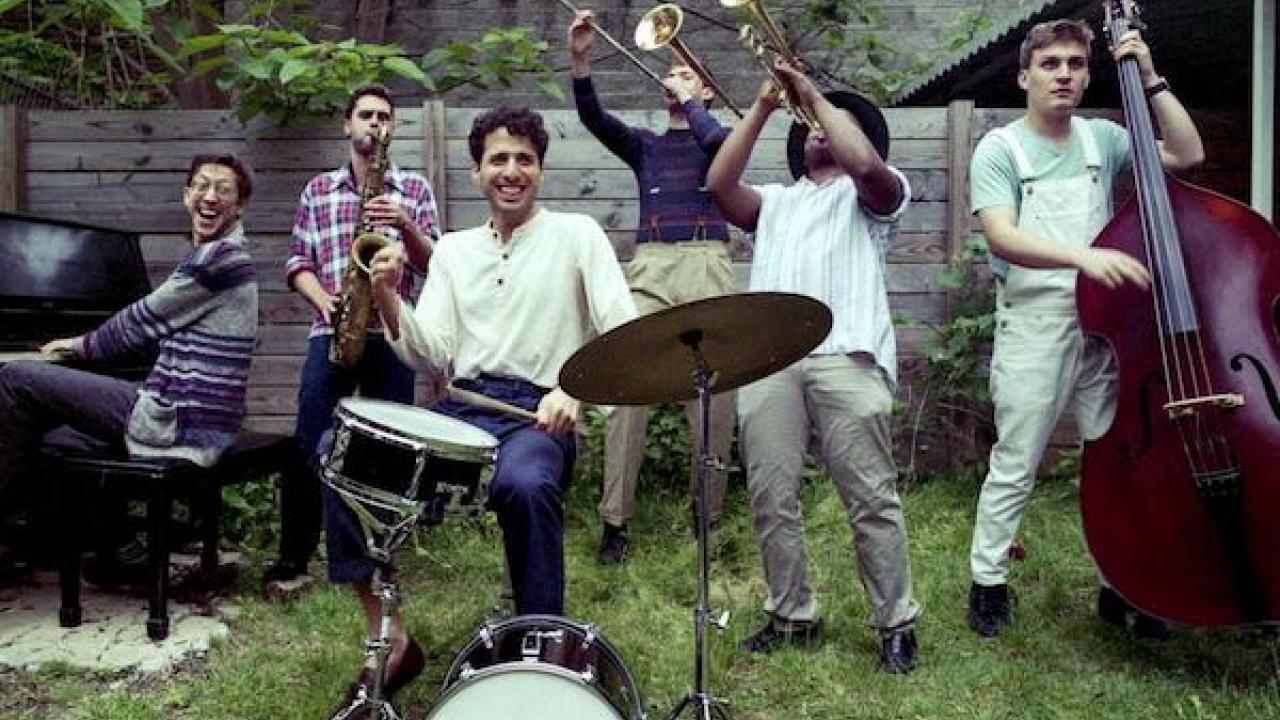 Broadway’s timeless classic musical whisks you away to a place where dreams are born and no one ever grows up. Based on J.M. Barrie’s classic tale, Peter Pan is one of the most beloved and frequently performed family favorites of all time. This high-flying Tony Award-winning musical has been performed around the world and has delighted audiences for 60 years. This production by El Dorado Musical Theatre features colorful costumes and sets, stunning choreography, and exceptional performances.

Leapin' Lizards! The popular comic strip heroine takes center stage in one of the world's best-loved musicals. With equal measures of pluck and positivity, little orphan ANNIE charms everyone's hearts, despite a next-to-nothing start in 1930s New York City. She is determined to find her parents, who abandoned her years ago on the doorstep of a New York City Orphanage run by the cruel, embittered Miss Hannigan. With the help of the other girls in the Orphanage, ANNIE escapes to the wondrous and magical world of NYC. In adventure after fun-filled adventure, ANNIE foils Miss Hannigan's evil machinations and befriends President Franklin Delano Roosevelt. She finds a new home and family in billionaire Oliver Warbucks, his personal secretary Grace Farrell, and a lovable mutt named Sandy. 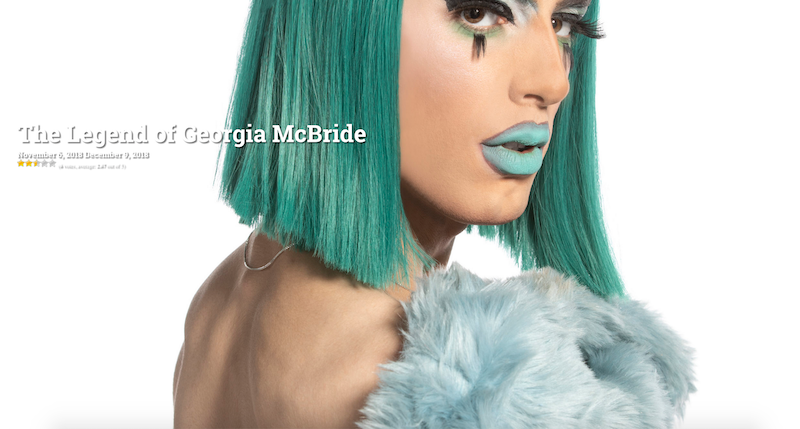 In this stitch-in-your-side funny play, Casey is an Elvis impersonator working in a Florida Panhandle bar. But when his poorly attended Elvis show is canceled for the more popular drag queen performers, Casey is despondent. His girlfriend is pregnant and the rent check’s bounced. But to his rescue come Tracy Mills and Miss Anorexia Nervosa who instruct Casey on the finer points of drag performance. 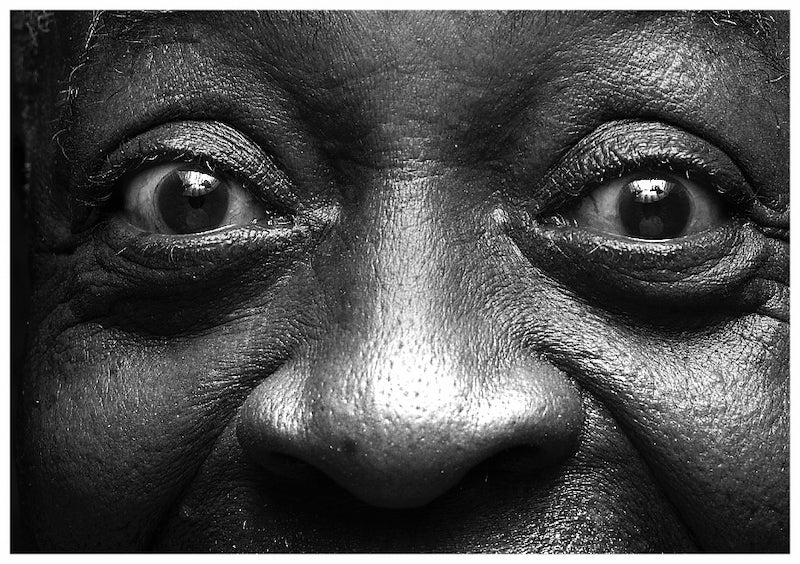 If life was at all fair, Ural Thomas would be a household name. The 78-year-old singer, who straddles the line between hot soul shouter and velvety-smooth crooner, performed with James Brown, Otis Redding, and Stevie Wonder, but didn’t experience the wide recognition of his peers. Thomas released a few singles in the late 60’s and early 70’s (most notably “Can You Dig It”) and played over forty shows at the legendary Apollo Theater, before turning his back on an unkind business and heading home to Portland, OR.

But, he never stop playing music. Thomas began hosting a regular Sunday night jam session at his home that ran for nearly 20 years. And, he became a mentor to many of the younger players, who dubbed him “Portland’s Godfather of Soul”.

In 2014, local soul DJ Scott Magee urged Thomas to give his musical career another shot. They put together a band, and in 2016 released a self-titled album on Mississippi Records. In 2017, Thomas signed with Tender Loving Empire and began work on what, in many respects, became his debut full-length record. The Right Time features a host of beloved Portland musicians, including Magee on drums, percussion, and backing vocals, and Bruce Withycombe (The Decemberists) on baritone sax.

Thomas isn’t at all bitter about his long road to success. “We have to be positive if we want the world to get better” Thomas advises. “We’ve come a long way, but if you carry a grudge with the whole world you’ll stop your growth. You can’t get anywhere without an open heart.” 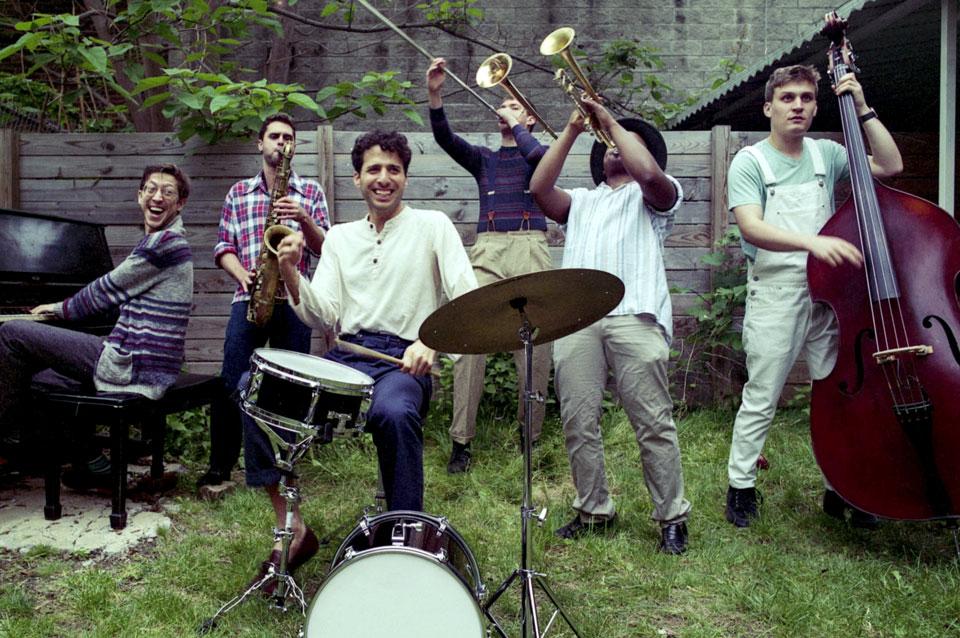 Sammy Miller and The Congregation make music that entertains and enriches—but most of all, uplifts. Upon completing his master’s degree at The Juilliard School, Miller formed The Congregation, a band focused on sharing the power of community through music. While all the musicians in the sextet are in-demand players, they have opted to stick together to spread joy throughout the world. In addition to being fine players, the group’s onstage antics add an extra dash of uplift to a style of music they like to call joyful jazz. Fans of The Hot Sardines and Jon Batiste should not miss this Mondavi Center debut. 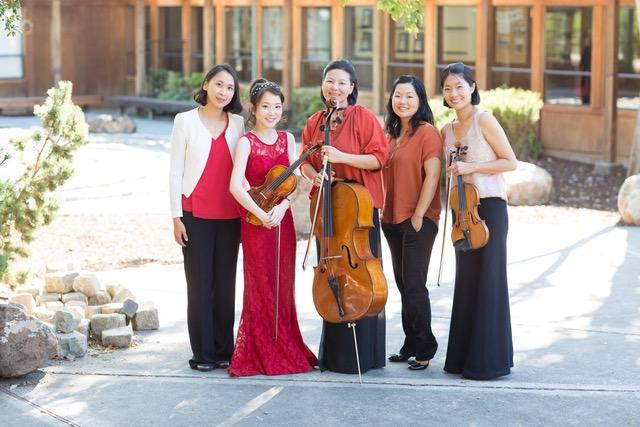 This week’s Free Shinkoskey Noon Concert features Ensemble Ari, a group of Korean American musicians from the Bay Area whose mission is to bridge Korea and other communities through western instruments while honoring Korean history and culture. 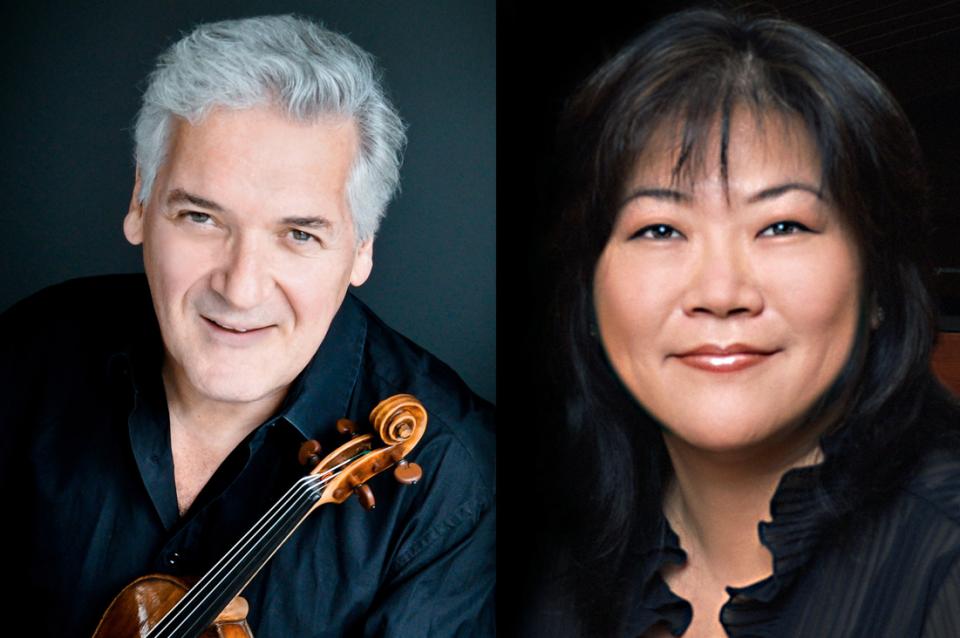 Violinist Pinchas Zukerman has remained a phenomenon in the world of classical music for more than four decades. The Tel Aviv native studied at Juilliard, and Mondavi Center audiences have come to know him as guest conductor and soloist with the Royal Philharmonic Orchestra. But it is his violin playing, featured in this recital, that has drawn effusive praise throughout his career. In the words of The Herald (Glasgow) “His sound is utterly inimitable, as it has been for more than 30 years, from its intense sweetness on high to its throaty richness at the depths of the instrument … And the molten gold that streams from the instrument is completely breathtaking.”

Consistently praised for her brilliant technique, tonal beauty and superb musicianship, Canadian pianist Angela Cheng is one of her country’s national treasures. An avid recitalist, Cheng appears regularly on recital series throughout the United States and Canada. In addition to touring and recording, she is a professor of piano at Oberlin Conservatory of Music. 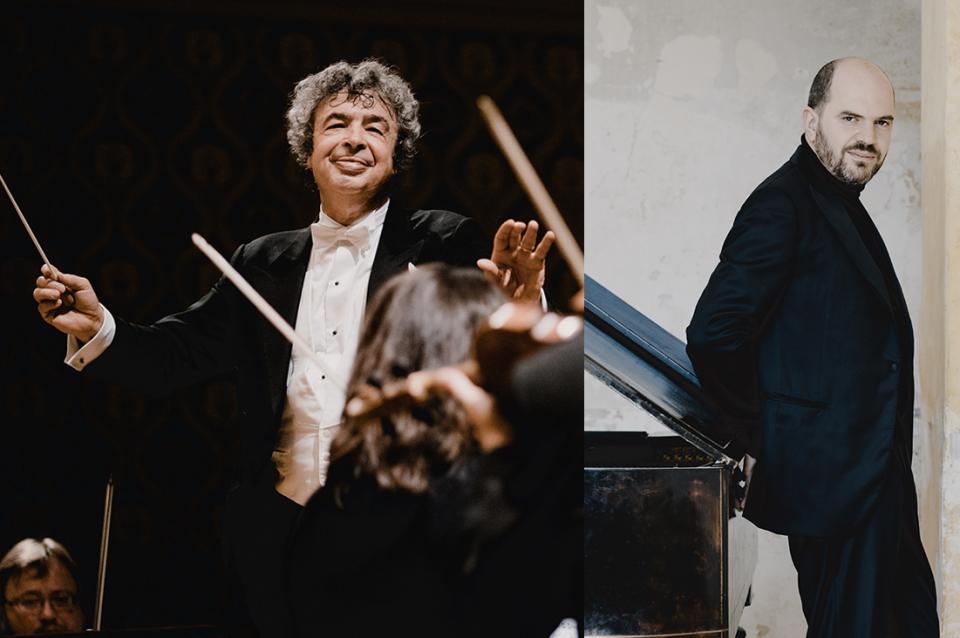 Under the direction of Semyon Bychkov and with Kirill Gerstein on piano, the Czech Philharmonic will be performing an all-Tchaikovsky program including the original, less-bombastic, more lyrical version of Tchaikovsky’s Piano Concerto No. 1 in B-flat Minor.

Formerly called the Chamber Orchestra Kremlin, the orchestra returns with a new name under the baton of their celebrated founder, Misha Rachlevsky. Founded in 1991, the orchestra features some of Russia’s finest young players and is renowned for their warmth and high energy, creating concerts described as “addictive.”

From work to work, Rachlevsky drew from his players’ gleaming tone quality, finely nuanced timbres, carefully shaded textures and focused ensemble coordination.” (Washington Post). The orchestra’s 30+ recordings have received widespread acclaim, such as the Diapason d’Or award in France, Critics Choice in London’s Gramophone, and the Critics Choice in The New York Times.

Schuur’s “I Remember You” tour features the music of Frank Sinatra and Stan Getz (two of her important mentors), as well as other Schuur catalog gems.

With a distinguished career that spans three decades, including two Grammy awards and three additional nominations, Schuur’s music has explored every corner of the 20th Century musical landscape. Her collaborations with the Count Basie Orchestra, Barry Manilow, B.B. King, Ray Charles, Jose Feliciano, and countless others have resulted in numerous #1 Billboard Chart recordings.

“Diane Schuur is one of those rare singers, like Sinatra and Judy Garland, both superb vocalist and alluring entertainer. Through standards from the great American songbook, her singing conjures the emotions that burn in our hearts, wild romance and the thirst for love and happiness. Ms. Schuur embraces this music with artistic integrity and deep respect for the lyrics, giving true meaning to the elegance and swing of both Sinatra and Getz.” (Brent Black, Bop-N-Jazz Review) 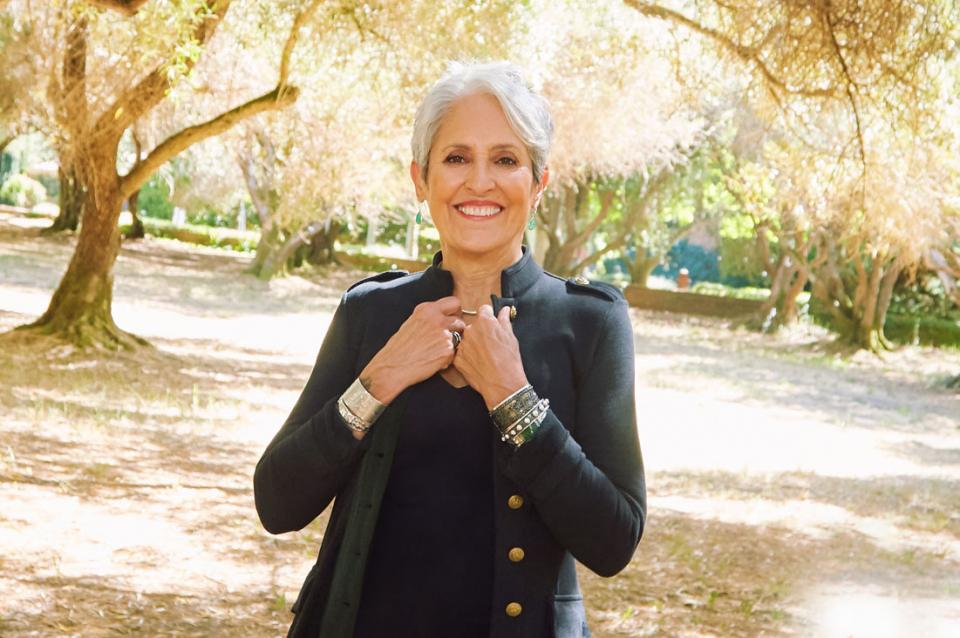 Acclaimed artist and activist Joan Baez has performed publicly for over 60 years, and released over 30 albums, and now she is marking her last year of formal touring.

“I’m looking forward to being on the road with a beautiful new album of which I am truly proud,” says Baez. “I welcome the opportunity to share this new music as well as longtime favorites with my audiences around the world.” Special offer! Every ticket for this show includes a CD or download of Joan Baez’s forthcoming album, Whistle Down The Wind. You will receive an email with instructions for redeeming this offer approximately 10 days after your ticket purchase.

The concert is SOLD OUT; there is a wait list.

Composer Nico Muhly unveils his second new opera for the Met with this gripping reimagining of Winston Graham’s novel, set in the 1950s, about a beautiful, mysterious young woman who assumes multiple identities. Director Michael Mayer and his creative team have devised a fast-moving, cinematic world for this exhilarating story of denial and deceit, which also inspired a film by Alfred Hitchcock. Mezzo-soprano Isabel Leonard sings the enigmatic Marnie, and baritone Christopher Maltman is the man who pursues her—with disastrous results. Robert Spano conducts. 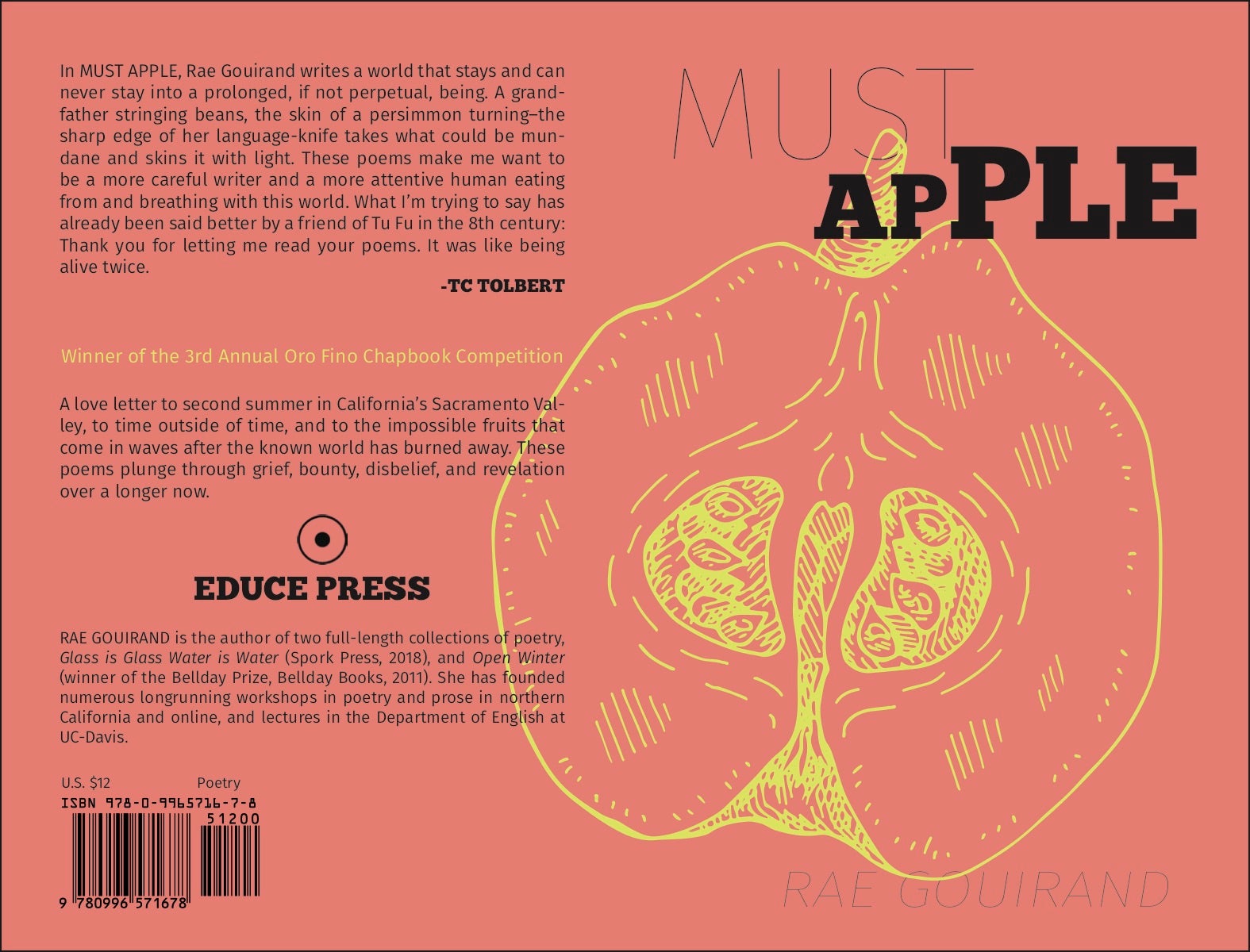 Book party and poetry reading to celebrate the launch of two collections of poetry by local poet Rae Gouirand. The first collection, “Must Apple” is her love letter to second summer in the Sacramento Valley — this very time of year. She says she hopes it will help readers connect to the larger rhythms constantly unfolding behind the cycles of our lives. The second collection, “Glass is Glass, Water is Water,” is about queer love, and about metaphor (and the failures of metaphor).