The songwriting team behind the smash hit Tony Award-winning musical “Dear Evan Hansen” and the Academy Award-winning film “La La Land” brings the classic 1983 movie to hilarious life on stage. Nominated for three 2013 Tony Awards including Best Musical, The New York Times writes “I was dazzled. You’d have to have a Grinch-sized heart not to feel a smile spreading across your face.” 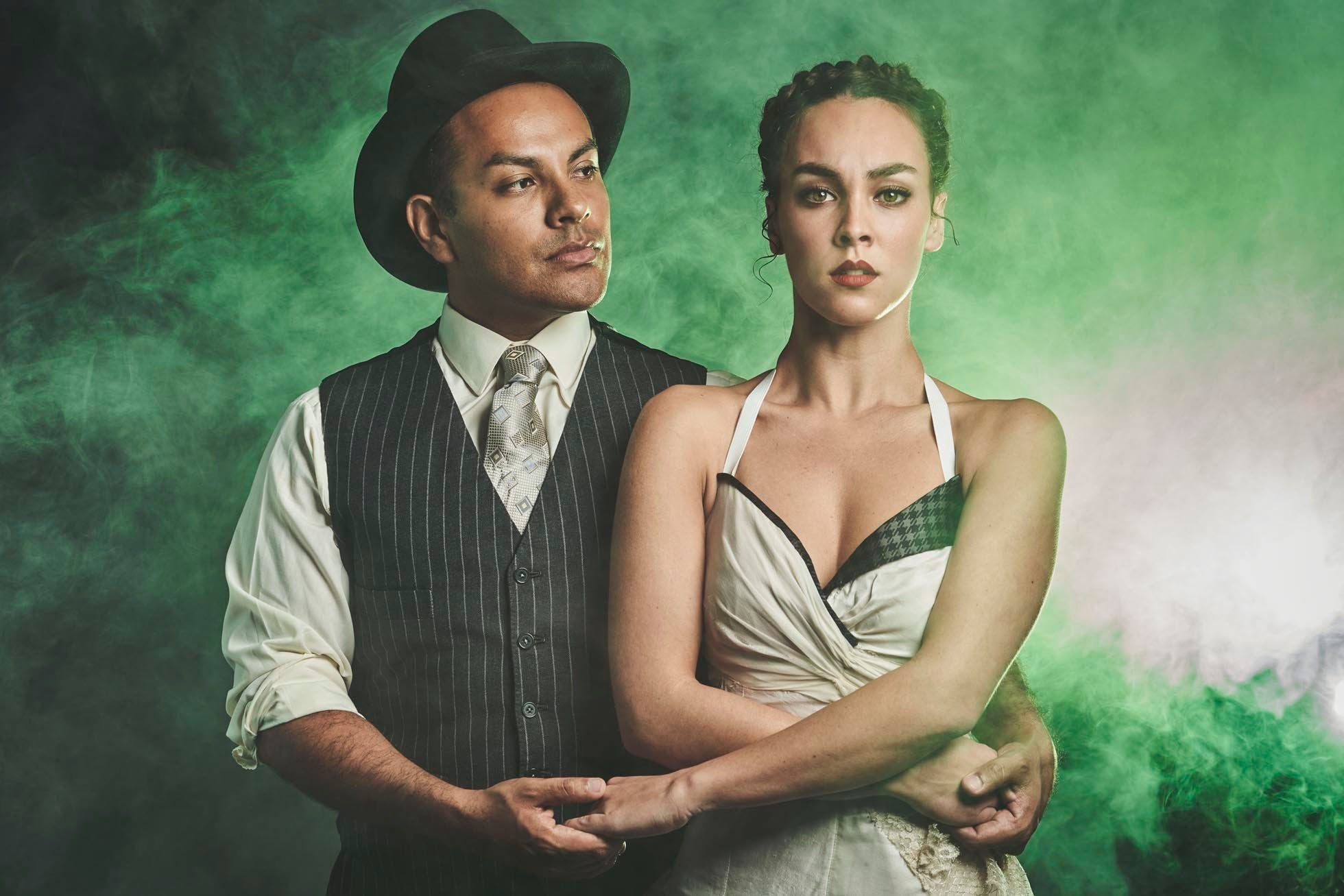 “The Threepenny Opera,” described by Brecht as a “play with music,” is a criticism of capitalism and middle-class morality, set in a world of corruption with a score that draws upon opera, jazz and cabaret. Set in Victorian London, the musical focuses on the exploits of Macheath, an amoral criminal, who manipulates women and the law with equal dexterity.

The work has been translated into 18 languages and has more than 10,000 performances internationally. The opening song about Macheath’s murderous ways, “Mack the Knife,” became an unlikely pop hit in the 1950s for both Louis Armstrong and Bobby Darin.

The musical is co-directed by Peter Lichtenfels, professor of theatre and dance, and performance studies doctoral student Regina Maria Gutierrez Bermudez. Music direction is by Granada Artist-in-Residence Jeffrey Saver, who has conducted “CHICAGO The Musical,” “Kiss of the Spider Woman” and “Into the Woods” on Broadway. 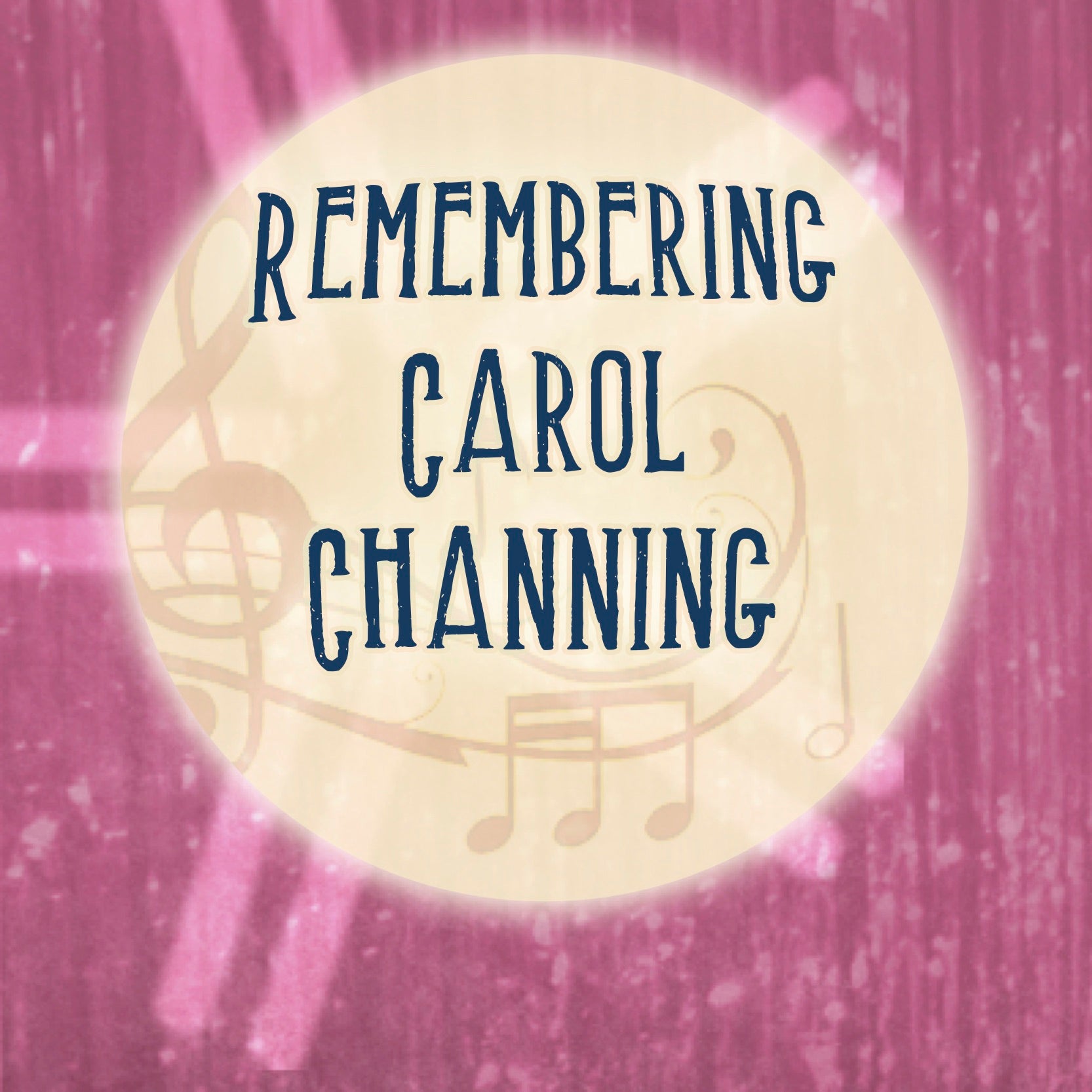 With a vivacious sense of comedy and a uniquely identifiable voice, the great showbiz diva Carol Channing’s career in theatre, film and television spanned more than seven decades. Enjoy selections from her most popular works, such as “Gentlemen Prefer Blondes,”  “Thoroughly Modern Millie” and “Hello, Dolly!” plus music from across her life as one of America’s most-beloved entertainers.  STC’s cabaret-style performances usually feature a cast of five to six singers. 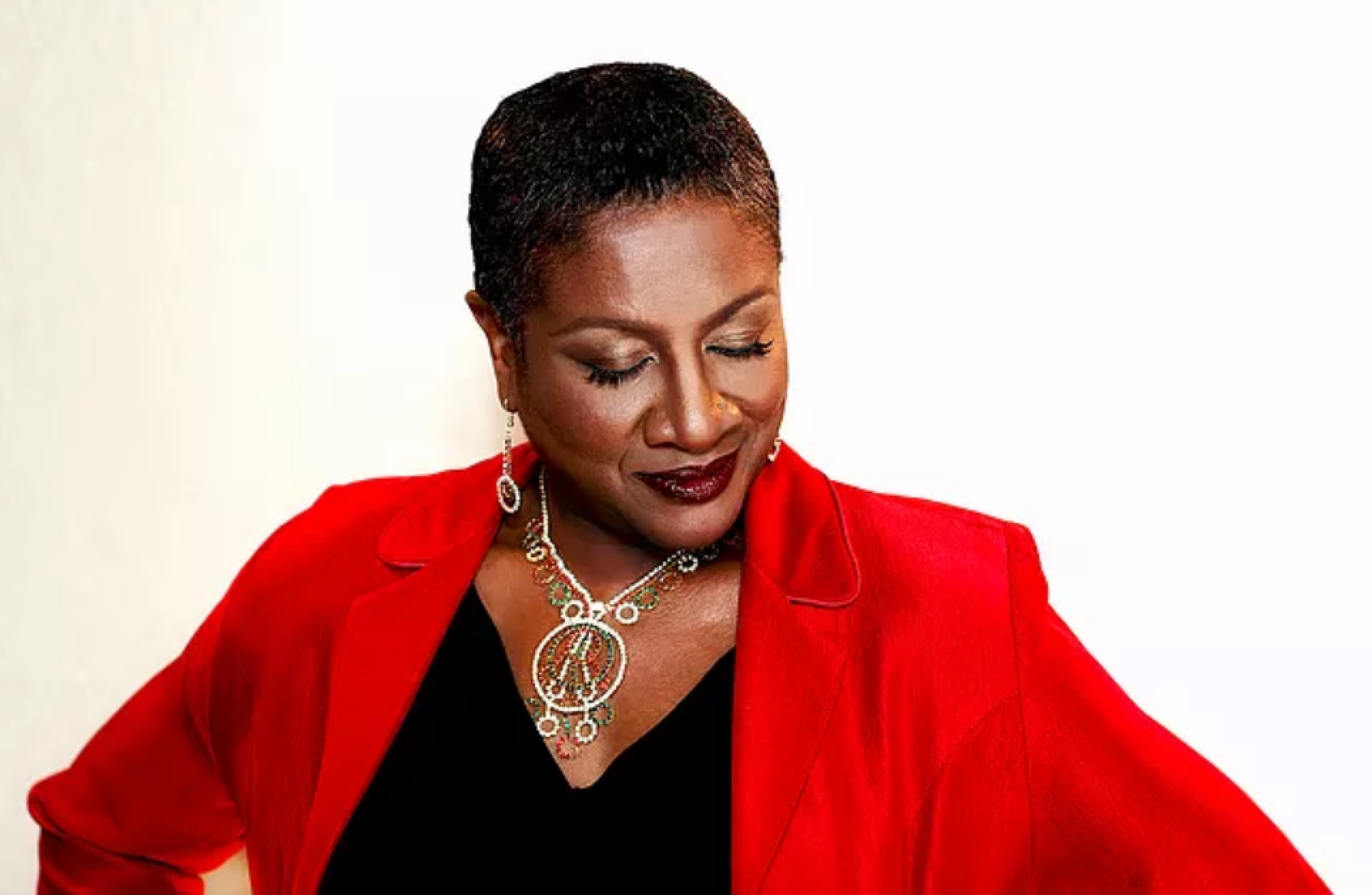 The Vivian Lee Quartet presents the music and history of the composers and lyricists who wrote the songs that comprise what is known as The American Songbook — George and Ira Gershwin, Irving Berlin, Alan and Marilyn Bergman to name a few. Joining Vivian for the evening will be Brenden Lowe on piano, Buca Necak on bass and Jeff Minnieweather on drums.

Jazz vocalist and recording artist Vivian Lee is truly a child of the world having grown up in a military family, then pursuing a twenty year military career herself.  Lee and her quartet have three times been voted one of Sacramento’s top jazz groups and top local entertainer by subscribers in Sacramento Magazine’s annual “Best Of Sacramento issue and is the 2009 Sacramento Magazine editor’s pick as “Best Jazz Diva.” 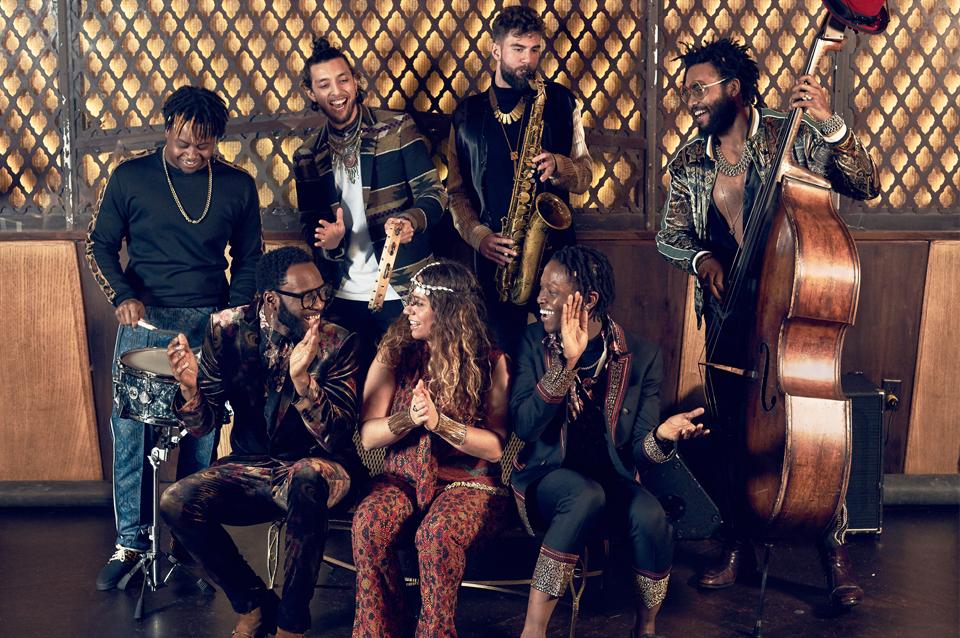 The Harlem Renaissance was an unrivaled period of brilliance. Created in collaboration with the National Jazz Museum in Harlem and hosted by Michael Mwenso, “Harlem 100” presents the most exciting Harlem musicians and dancers in a modern variety show that pays homage to the presentations made famous in the Apollo Theater, the Cotton Club and other celebrated venues of the Harlem Renaissance.

Featuring the music of Fats Waller, Duke Ellington, Billie Holiday, Bessie Smith and Ethel Waters, as well as a nine-piece band with three dancers, “Harlem 100” celebrates one of the most influential artistic movements of our country and gives insight into Harlem then and now. 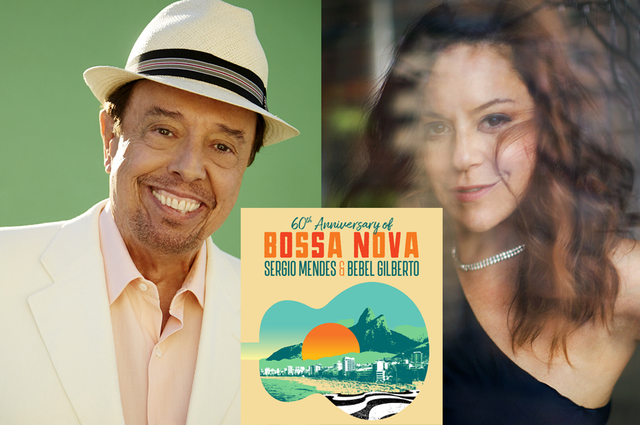 From “Chega de Saudade” to “The Girl from Ipanema,” the Brazilian bossa nova has defined cosmopolitan cool from the late-1950s to today. The art form created by Tom Jobim and João Gilberto has been explored by musicians Stan Getz, Frank Sinatra and the SF Jazz Collective and inspired the next wave of Brazilian Tropicalismo artists like Caetano Veloso and Gilberto Gil.  This celebration pairs producer, composer, keyboardist, vocalist and Brasil 66 founder Sérgio Mendes and singer Bebel Gilberto, daughter of João, whose 2000 album Tanto Tempo redefined samba and bossa nova for a new generation. 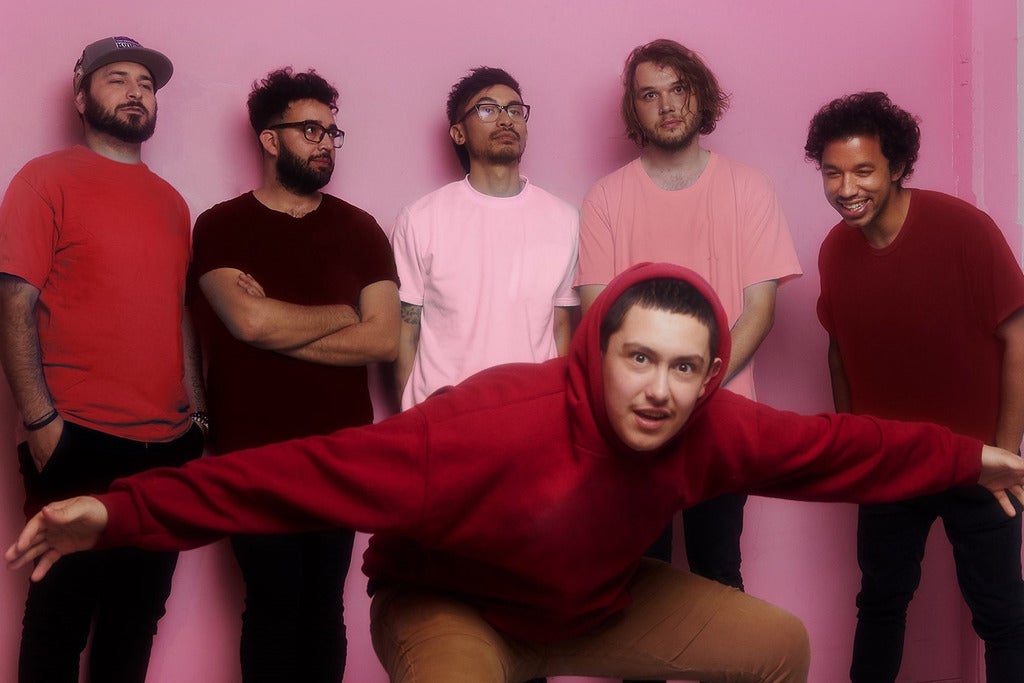 Hobo Johnson is a local artist from the Sacramento-area who has garnered millions of downloads online. While incorporating Spoken Word into his music, Vulture describes his style as straddling “a few genre lines, from vibey concoctions to the shaggy West Coast beach bum–isms of Sublime and the Internet’s subtly funky, full-band R&B.”  Loomis native Frank Lopes came up with the stage name “Homeless Johnson” but soon made it “Hobo Johnson” while living in his car. 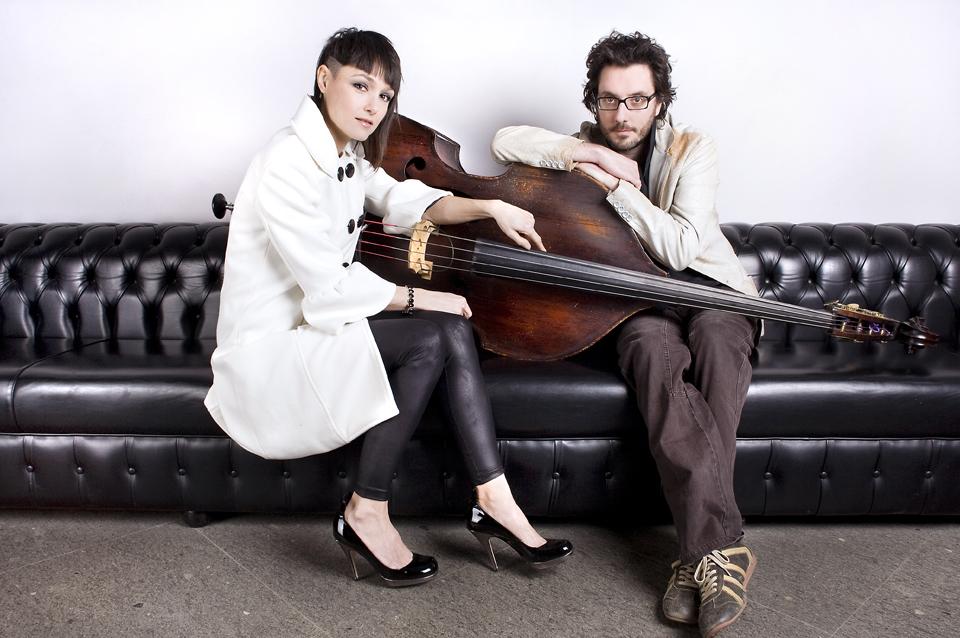 Comprised of just two musicians from Italy, Petra Magoni (voice) and Ferruccio Spinetti (double bass), Musica Nuda is a prime example of an ensemble whose value is greater than the sum of its parts. They use a bit of jazz, a bit of songwriting, and elements of rock, punk and classical music to underline the value of a lyric and explore the meaning of every song whether dramatic, funny, sarcastic or romantic. They approach performance as a dialogue rather than as a singer with accompanist, and while they are committed to their work, they don’t take themselves too seriously. 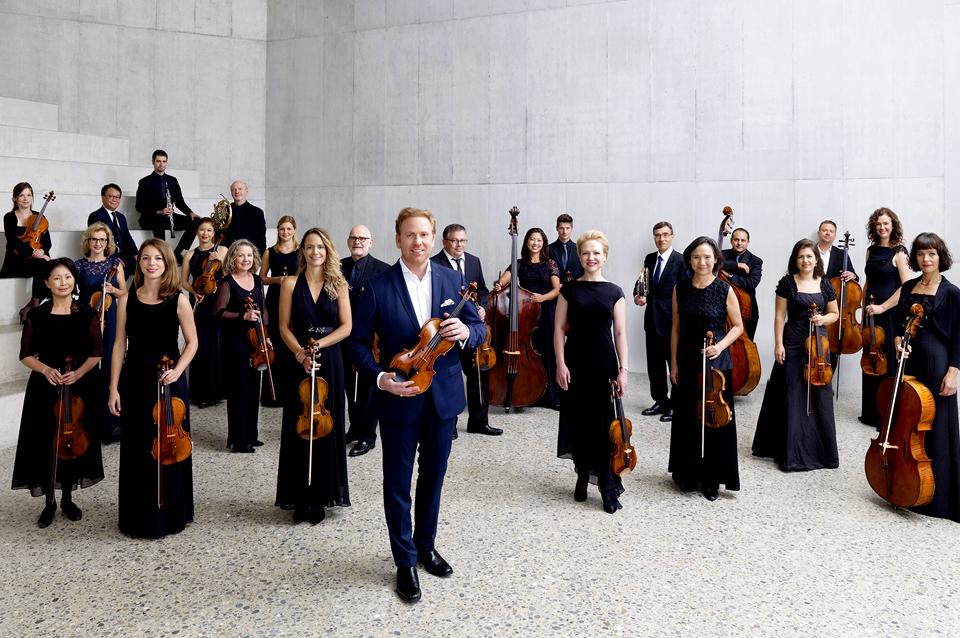 For this program, violinist Daniel Hope and company pair Vivaldi’s classic “Four Seasons” with German composer Max Richter’s riveting re-interpretation of the piece. The program builds on Hope’s most recent album, released in 2017 and titled “For Seasons,” which is his very personal homage to the seasons. 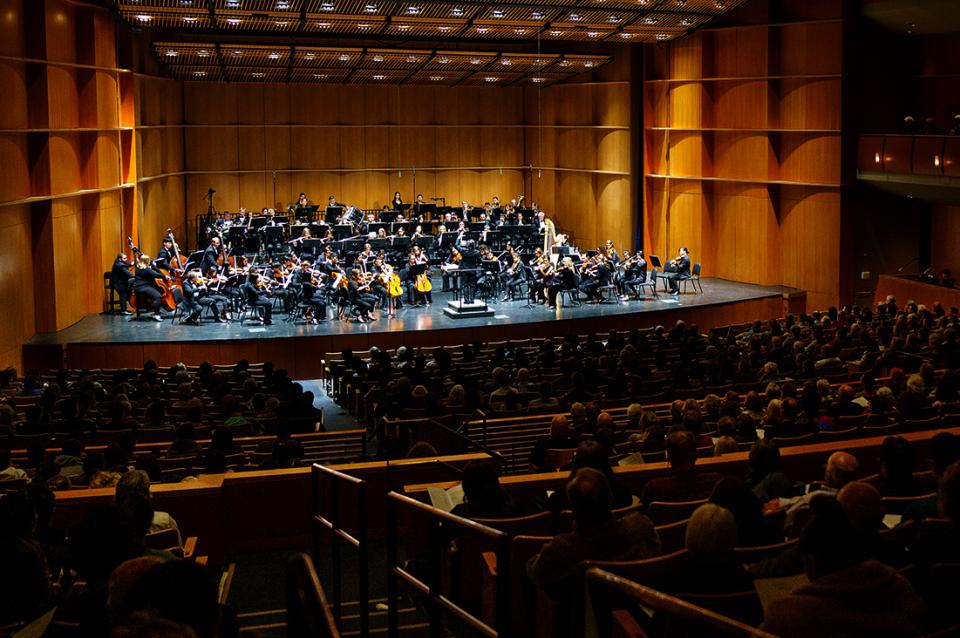 The UC Davis Symphony Orchestra, conducted by music director and conductor Christian Baldini, opens its season with one of the more flashy openings in all of the standard symphonic repertoire. Strauss’s Don Juan is a remarkable tour-de-force for the entire orchestra. It is a twenty-minute orchestral tone poem that parallels the fictional story of Don Juan, which originated as early as 1630 and inspired—among others—Mozart to write his opera Don Giovanni.

Maestro Baldini is very fond of the music by Richard Strauss, having conducted several of his tone poems in previous seasons. “Strauss wrote Don Juan when he was only 24, and this is considered a revolutionary piece in many ways, from its great breadth of virtuosity to its cunning characterization of different moments in the poem by Nikolaus Lenau, on which it is based,” said Baldini. “I chose to pair one of the most energetic, dramatic and poetic works of the symphonic literature with two beautiful and very different concertos, which feature the soloist in a very different way – from the exquisite Romantic, lyrical vein of Rachmaninov, to the extraordinary and imaginative sound world of Lutosławski.”

Rachmaninov’s Second Piano Concerto is quintessentially Romantic; tuneful as it is virtuosic. For all the piano soloist’s dazzling passages, Rachmaninov wrote unforgettable melodies for the strings. The piece’s success is one of the many reasons Rachmaninov is remembered for his concertos more than his other works. The soloist, Leyla Kabuli, is a previous member of the UC Davis Symphony Orchestra, albeit as a violinist. She was for three seasons pianist of the prestigious San Francisco Youth Orchestra, and is pursuing her undergraduate degree at UC Berkeley in electrical engineering and computer science as a Regent’s and Chancellor’s Scholar. Kabuli has performed extensively on piano, including as a soloist with several California symphony orchestras and on National Public Radio’s program for accomplished young performers called “From the Top.” She currently studies with Yoshikazu Nagai at the San Francisco Conservatory of Music and with Michael Seth Orland, who teaches at UC Berkeley and UC Davis.

Sacramento-born violinist Maximilian Haft performs the solo violin role in Chain II. Lutosławski wrote three major works late in his life by the name “Chain,” which illustrate the musical idea in the composition that each element overlaps and also sequences in a specific order. Chain II is the most concerto-like of the three, and at several points the orchestra reacts (at the direction of the conductor), but not exactly in time. In this way the work has the feeling of a dialogue. Max Haft recently performed Chain II with the Noord Nederlands Orkest, which was well received. He performs with several important contemporary ensembles in Europe, but also plays jazz and pop music. He often performs with White Hinterland, The Eef van Breen Group, and HHHJ, a group devoted to splicing together chamber music and free jazz.

With an award-winning cast of Irish dancers led by Caterina Coyne (Riverdance), World Champion Dancer Tyler Schwartz (Magic of the Dance), and Connor Reider (The Chieftains), this is a journey through Christmas in Ireland, featuring superb dancing, beautiful singing, and the kind of Irish traditional music that celebrates the international spirit of the holiday season like no other. 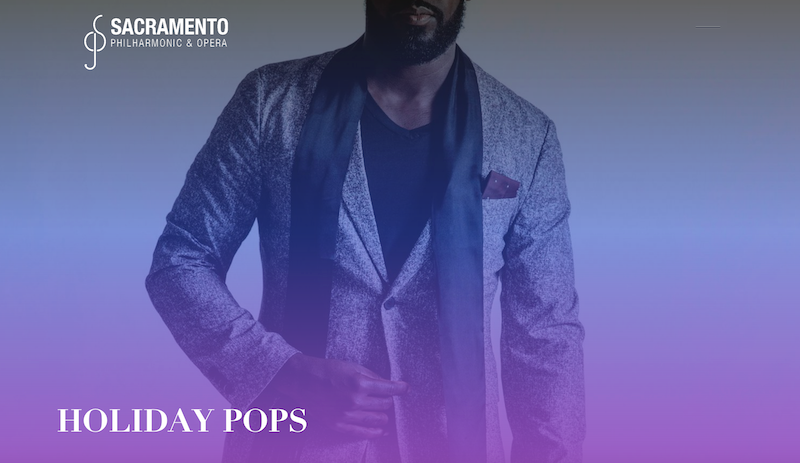 It’s the Capital region’s Thanksgiving weekend musical tradition. An evening of soulful holiday favorites, spirited sing-a-longs, and sparklingly classic sound by your Sacramento Philharmonic and lead singer of Tower of Power, Marcus Scott. Celebrate the joy, style, and warmth of the music that brings us together for the holiday season. 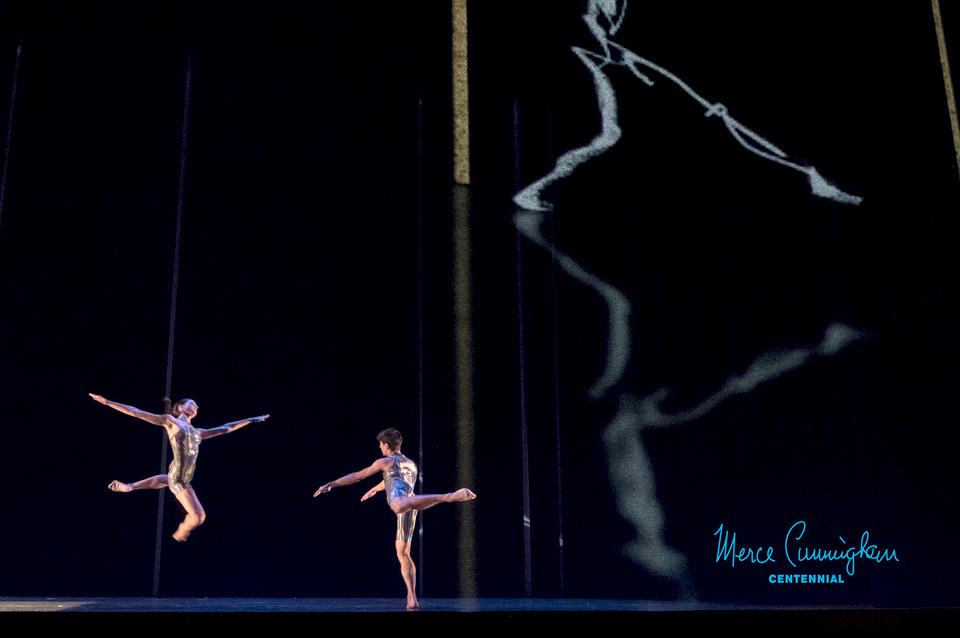 Honoring what would have been Merce Cunningham’s 100th birthday, CNDC d’Angers and Artistic Director Robert Swinston bring together two of Cunningham’s landmark works, “Beach Birds” and “BIPED,” each with live musical accompaniment. Cunningham’s genius has had a defining impact on modern dance and the avant-garde. His appearance with his company at the Mondavi Center in 2008, during which they performed BIPED (a work that features massive projections) was a landmark moment for modern dance in the Sacramento region. Swinston was a member of the Merce Cunningham Dance Company for more than 30 years, and served as Cunningham’s assistant beginning in 1992. With CNDC d’Angers, Swinston brings his very personal interpretation of Cunningham’s legacy to this production.

With a rich 56-year history, the Ririe-Woodbury Dance Project is committed to producing compelling work that challenges audiences’ perceptions of what contemporary dance can be, under the philosophical premise that “dance is for everybody.” 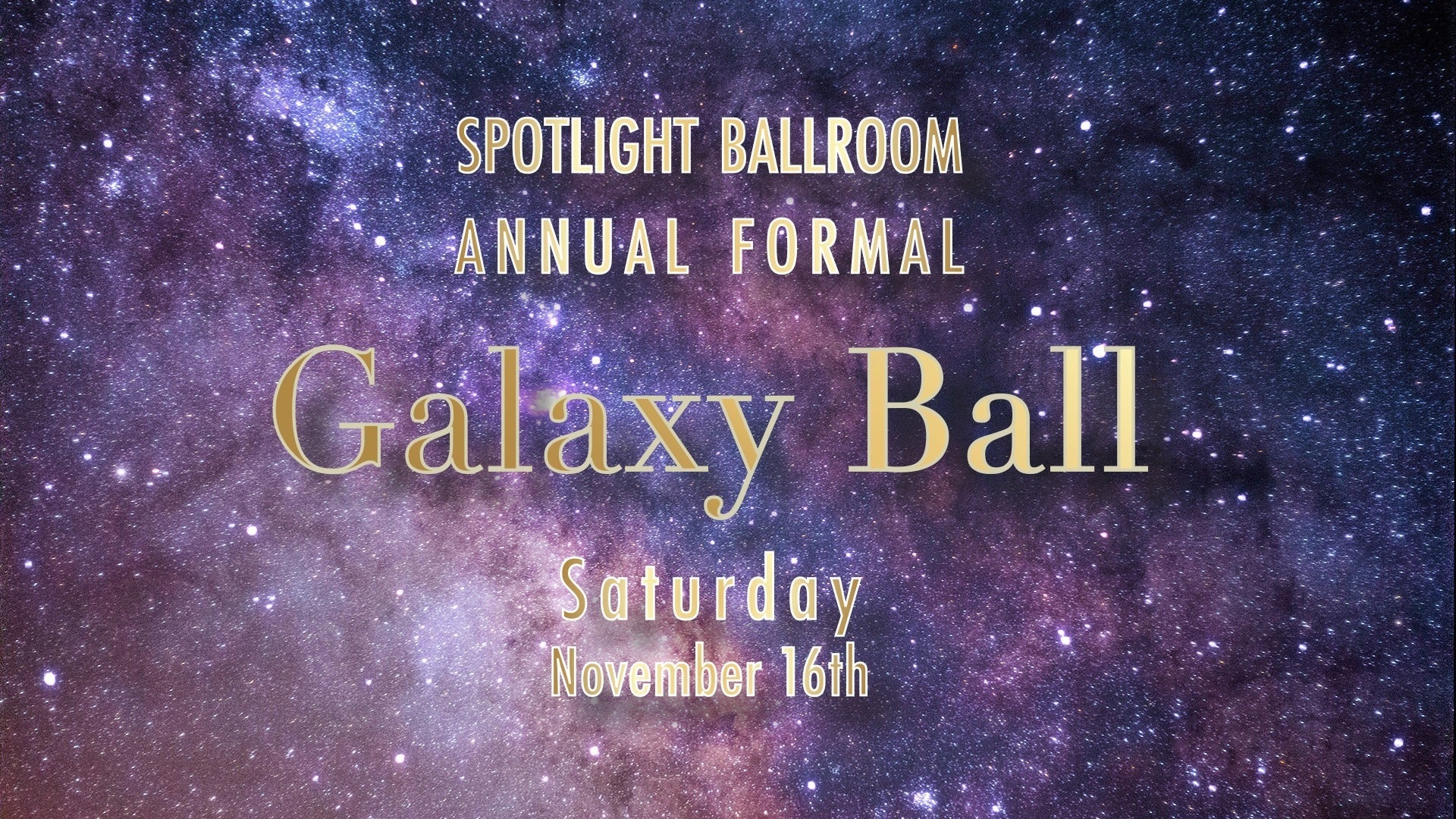 Welcome to the best ball in the galaxy! Whether participants are Trekkie, Guardians of the Galaxy, Alien, or Star Wars fans, Spotlight Ballroom has got an evening planned to send everyone over the moon. Dress as formal or as ethereal as one would like, or come as one’s favorite sci-fi character. Even if dancing is “alien” to participants, do not worry Spotlight Ballroom has a stellar Waltz lesson for everyone. It is going to be out of this world.