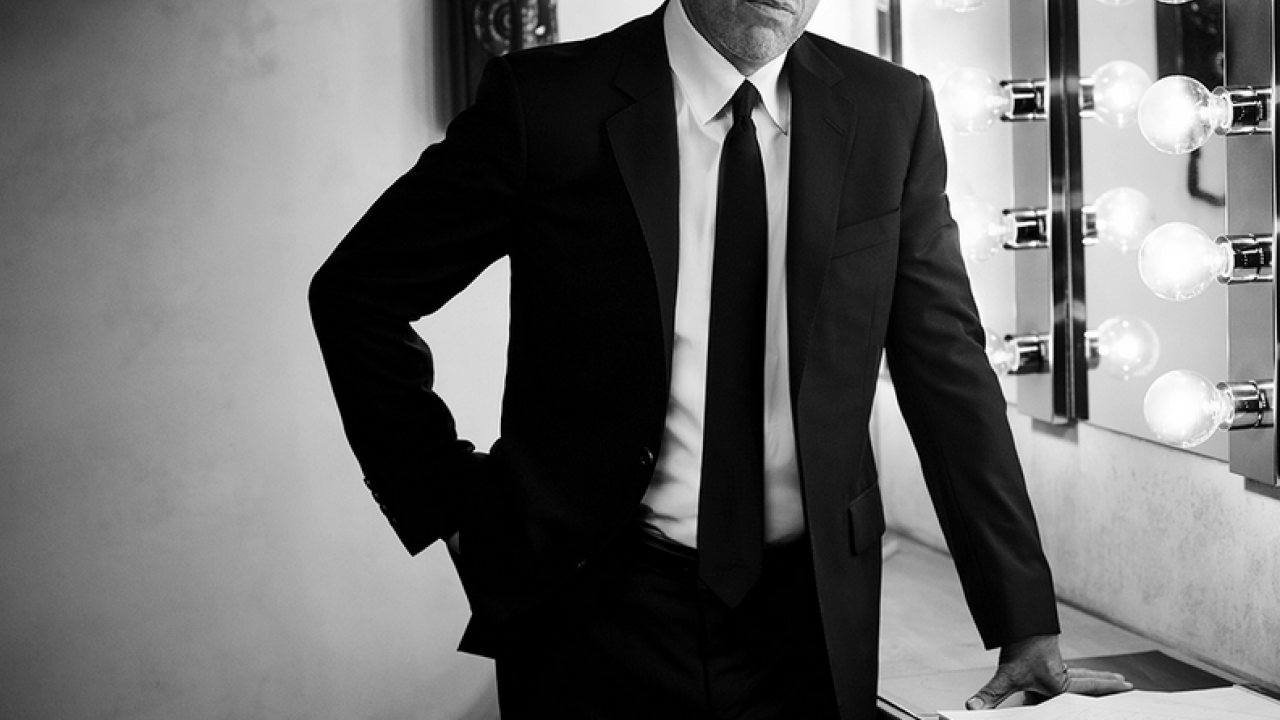 Sam Smith rose to fame in October 2012 when he was featured on Disclosure’s breakthrough single “Latch”, which peaked at number eleven on the UK Singles Chart. 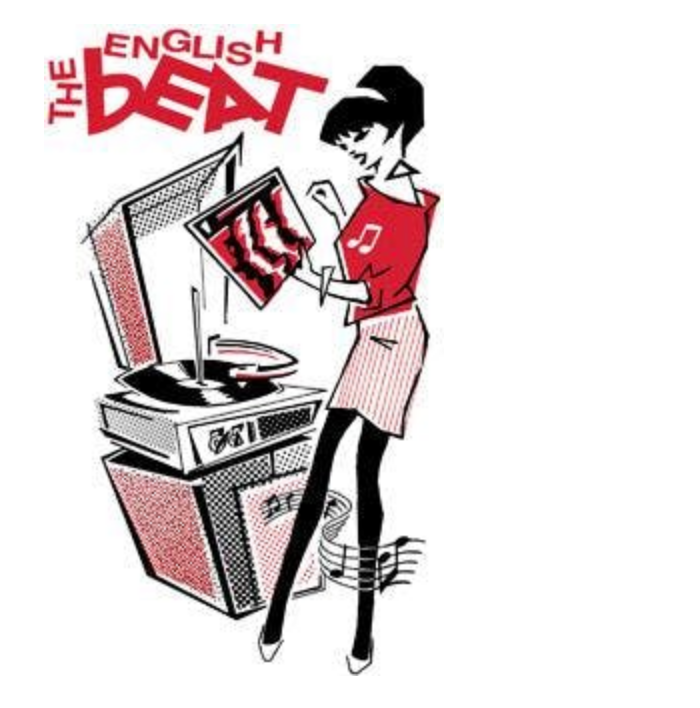 The new wave/ska/two-tone/post-punk band from Birmingham, England is back with a new album and tour dates. 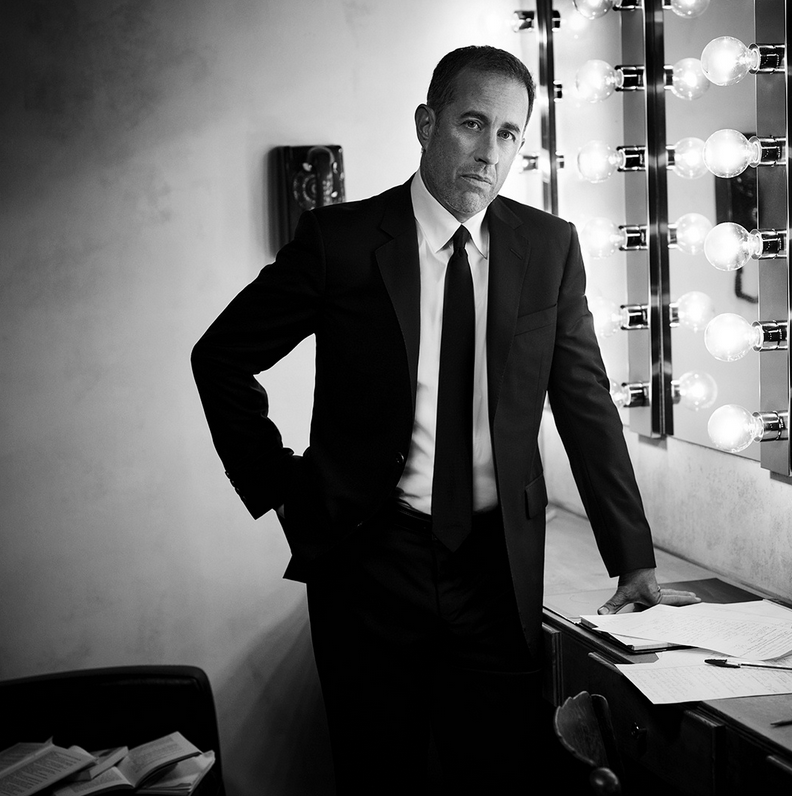 America’s premier comedian, Jerry Seinfeld, comes to the Sacramento Community Center Theater to perform his signature stand-up routine. Seinfeld has been hailed for his uncanny ability to joke about the little things in life that relate to audiences everywhere.

His latest projects include the Emmy nominated web series, "Comedians in Cars Getting Coffee" and his Netflix special "Jerry Before Seinfeld." Seinfeld continues to perform both nationally and internationally. 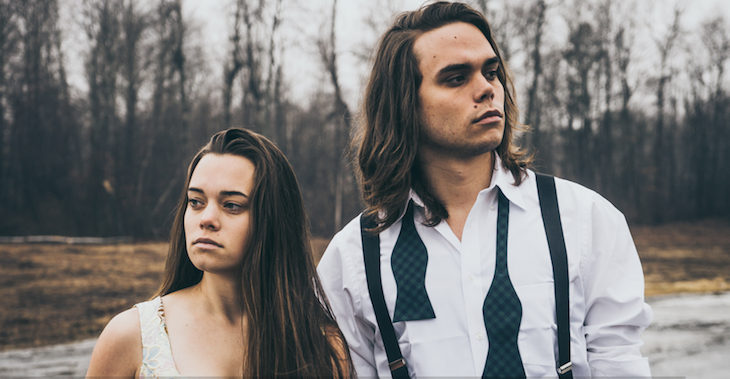 “One couldn’t help but to just be amazed at her raw, Janis Joplin-inspired voice. Chris Arndt morphed from John Mayer to Eddie Van Halen to Jimi Hendrix and back again.
~ Alex Phillips / The Daily Beacon / Knoxville, TN

Hawaiian music is undoubtedly one of the Islands’ great exports, but what about the music that was imported onto the islands? Meet Kahulanui, a leading exponent of traditional Hawaiian music as blended with the Big Band Swing as brought to the Aloha State by U.S. servicemen during World War II. The nine piece band—four horns, plus guitar, bass, ukulele, drums and steel — was nominated for a Grammy for their debut CD, "Hula Ku’I." Their energy and dynamic arrangements have caused a sensation throughout the Islands.

The year 2018 marks the 75th and 100th anniversaries of the deaths of beloved composers Rachmaninoff and Debussy.  In this concert with commentary, internationally acclaimed pianist Jeffrey Siegel performs and shares insights on their works, including Rachmaninoff’s famous “C Sharp Minor Prelude,” Debussy’s “Clair de lune” and stirring Etudes of both composers. 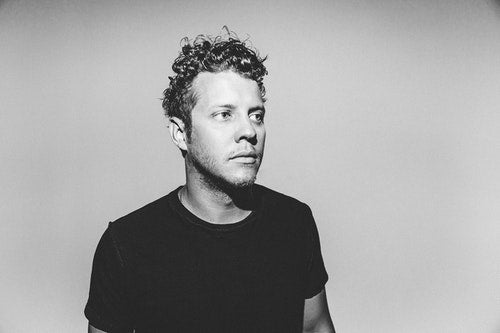 Anderson East is the humble type -- the sort of man who chalks up his success to loads of good fortune. But the singer-songwriter has earned his accolades: one of music’s most compelling young artists, East is an unflinching and inimitable talent. Best exemplified on his breakout 2015 debut album, Delilah, the Alabama-native wields an unwavering and potent, ever-husky voice. And as seen on standout tracks including “Satisfy Me” and “Devil In Me,” he’s able to effortlessly spin tales of tumult and triumph in equal measure. That’s of course to say nothing of the brute force with which the man performs — fiery and forceful, as much a wily preacher as a patient poet, East has become one of music’s must-see live act. 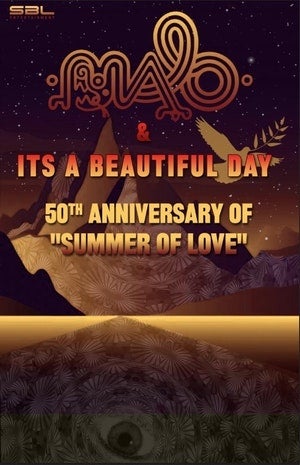 Two iconic San Francisco bands celebrate the Summer of Love and beyond!

It’s a Beautiful Day is another band that emerged from the Summer of Love. The band created a unique blend of rock, jazz, folk, classical, and world-beat styles during the initial seven years it was officially together. Their song “White Bird” was considered by many as one of the official Hippie anthems of the era. 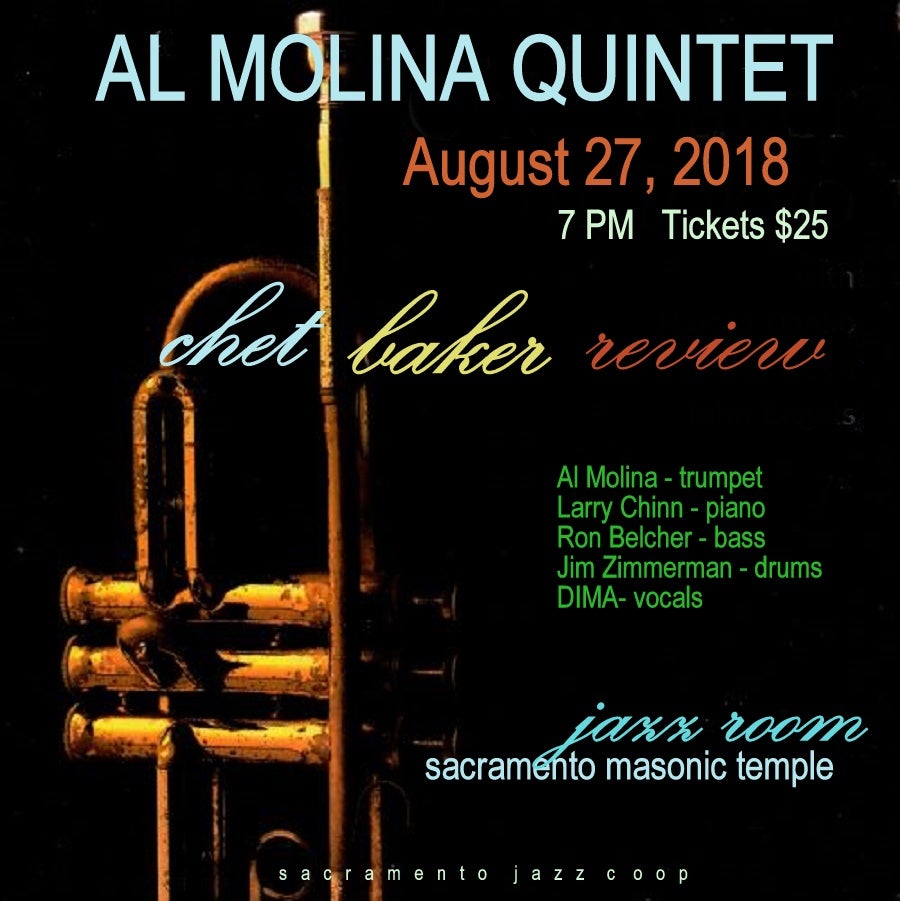 Beloved trumpeter Al Molina is known for his contributions to the jazz scene and his work that has been recognized by fellow musicians around the globe.  Al performs primarily in the San Francisco Bay Area in major jazz clubs with area greats while he composes, arranges, rehearses and records for Jazzer Records.  "The Chet Baker Review" will be his first appearance with Sacramento Jazz Coop with Larry Chinn (piano), Ron Belcher (bass), Jim Zimmerman (drums), and DIMA (vocals).

Sutter is on an outrageous odyssey through his childhood home, his church, dive bars, motel rooms, and even nursing homes. A kaleidoscope of sketches that interconnect to portray growing up gay and black, Robert O’Hara’s subversive, uproarious satire crashes headlong into the murky terrain of pain and pleasure and … Bootycandy. 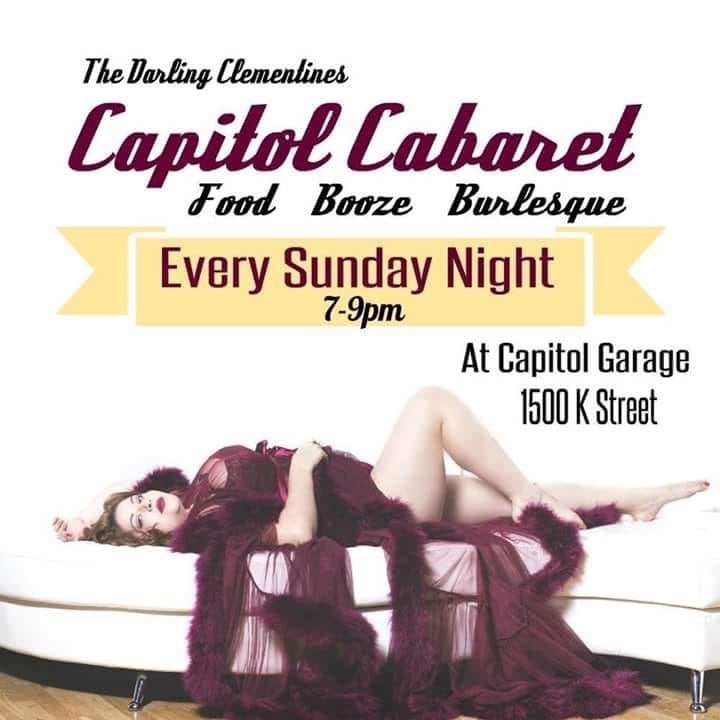 The Darling Clementines bring you a new weekly cabaret at Capitol Garage. They will take you back to the golden era of burlesque and cabaret with a night of food, booze, and vintage-inspired burlesque. Full bar and food menu will be available.

Every first Saturday of the month.  The Midtown Moxies are excited to kick off the new season with a tribute to their favorite genre, musicals! Whether from screen or stage, on Broadway or off, they love them all! The Moxies are certain to provide a night jam packed with hilarious comedy, daring drama, and of course, some sultry striptease!

Back by popular demand, In The Mood is more than a concert, it’s an authentic Big Band theatrical swing revue. Taking its audience back to another time and place, it’s the music of Glenn Miller, Tommy Dorsey, Artie Shaw, Benny Goodman, The Andrews Sisters, Frank Sinatra, and other greats from the 1940's.

In this special 25th Anniversary Celebration, In The Mood’s 13-piece String of Pearls Big Band Orchestra and fabulous In The Mood Singers and Dancers are joined by members of the Folsom Lake Symphony in an all new version of the show that captures not only the feel and energy of the swing era, but also that of the golden era of Hollywood and the sound of the great movie studio orchestras. 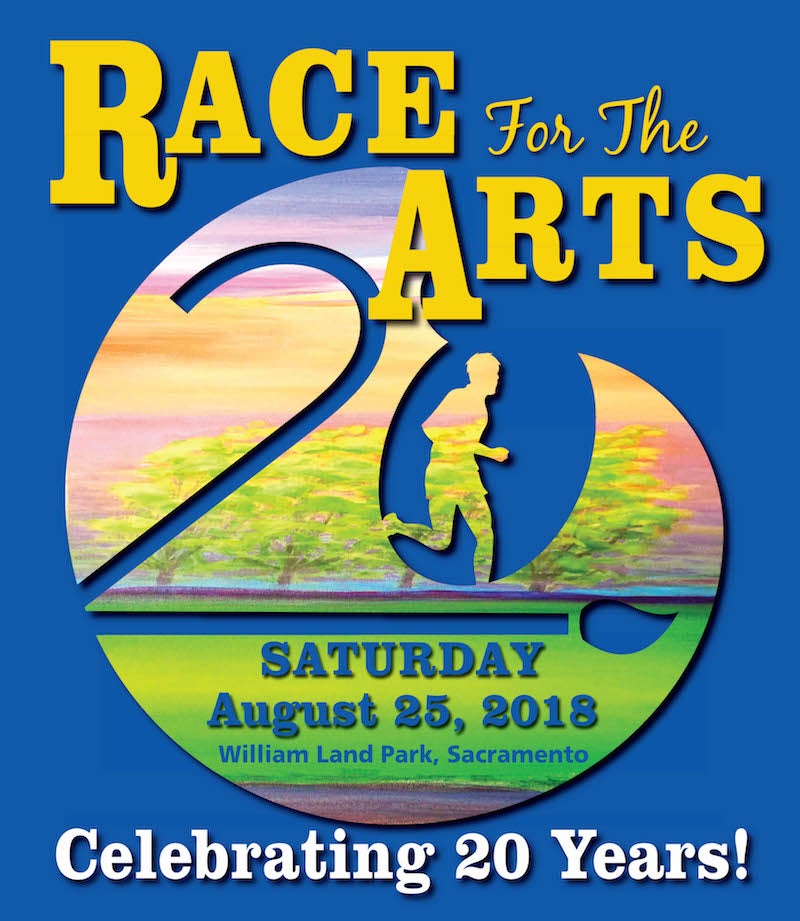 Race for the Arts is celebrating 20 years! The sounds of music abound!  Entertainment along the racecourse and a free arts festival – what’s not to love? Come out for the race and stay for the arts festival with food, hands-on booths, artists, musicians, and fun.

Race for the Arts raises funds and awareness for California nonprofit visual, performing, culinary arts and cultural arts organizations and school programs. They receive 100% of pledges designated to them.

Now in its 41st year, the Faire features traditional and modern Jewish cuisine, live entertainment, arts and craft vendors, activities for all ages, and an opportunity for the entire community to come together for a delicious and unique cultural experience.