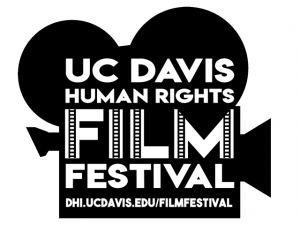 In partnership with Human Rights Watch (HRW), the UC Davis Humanities Institute and Human Rights Studies Program present this three-day festival.  It brings a selection of HRW films to Davis and Sacramento with Q&A sessions with filmmakers and scholars. The selected films bear powerful and moving witness to human rights issues both locally and globally and will inspire our community with the knowledge and commitments that can make a difference.

A whistleblower, a patriotic military commander, a mineral dealer, and a displaced tailor share a glimpse of life amid Africa’s longest continuing conflict. Over the last two decades, the Democratic Republic of Congo has seen more than 5 million conflict-related deaths, multiple changes of government, and the wholesale impoverishment of its people. This is Congo provides an immersive and unfiltered look at this lush, mineral-rich country, from the rise of Rwandan and Ugandan-backed M23 rebels in the North Kivu region of Congo in 2012 to the present day via four profoundly resilient characters. Courtesy of Dogwoof.

In the Beqaa Valley of Lebanon lies refugee camp Majdal Anjar, where a small community of the country’s approximately 1.2 million Syrian refugees live. Award-winning director (Shape of the Moon; Position Among the Stars) Leonard Retel Helmrich spent a year-and-a-half following a handful of lively and resilient characters: a love-sick young man, eager to marry despite his elders’ sharp discouragement; a conflicted teacher, passionate about her work at the camp but under pressure to return to her husband and the dangers that await her in Syria; and a family torn apart when a husband marries a second wife. Using his renowned single shot technique, Helmrich’s incredibly intimate film captures daily life for those whose futures are postponed by war.

The Force presents a deep look inside the long-troubled Oakland Police Department in California as it struggles to confront federal demands for reform amid layers of inefficiency, corruption, and civil unrest after the murder of Michael Brown in Ferguson, Missouri. A young police chief, hailed as a reformer, is brought in to complete the turnaround at the very moment the #BlackLivesMatter movement emerges to demand police accountability and racial justice in Oakland and across the nation. Despite growing public distrust, the Oakland Police Department is garnering national attention as a model of police reform. But just as the department is on the verge of a breakthrough, the man charged with turning it around faces the greatest challenge of his career—one that not only threatens progress already made, but the very authority of the institution itself. U.S. Documentary Directing Award, Sundance Film Festival 2017.

Embodying strength and stoicism, five Venezuelan women from diverse backgrounds each draw a portrait of their country as it suffers under the worst crisis in its history amid extreme food and medicine shortages, a broken justice system, and widespread fear. The women share what life is really like for them and their families as the truth of the country’s difficulties are repeatedly denied by the government. Featuring stunning visuals and creative soundscapes, Women of the Venezuelan Chaos presents a uniquely beautiful country and people, who remain resilient and resourceful despite the immense challenges they face. 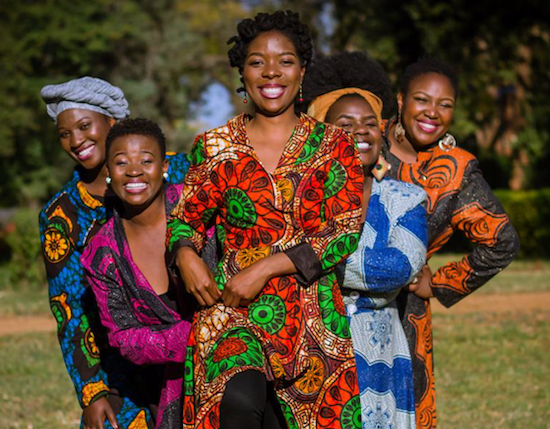 The word “Nobuntu” is an African concept that values humbleness, love, unity and family from a woman’s perspective. This exhilarating female a cappella quintet from Zimbabwe embodies their name, presenting luminous shows that feature a fusion of traditional Zimbabwean music, Afro jazz and gospel. Pure voices, minimalistic percussion, traditional instruments and authentic dance are the powerful tools that these award-winning, gifted performers use to preserve their cultural heritage while also promoting positive change through the unifying power of music. 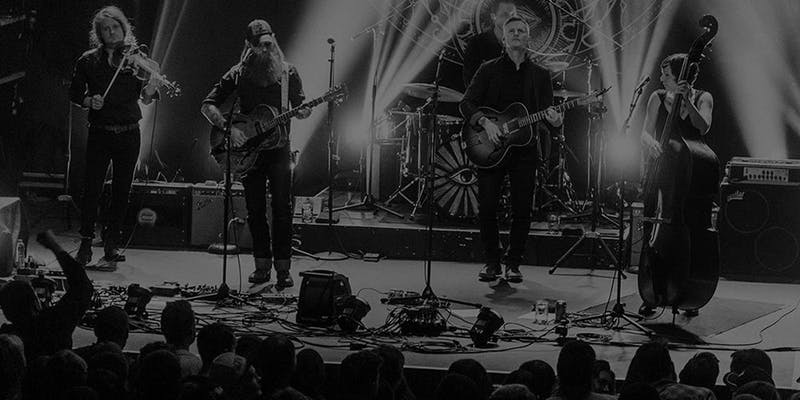 This Americana band from Santa Cruz blends bluegrass, old-time, country, folk, blues, jazz, and ragtime music.  They are currently touring in support of their latest album, Chains Are Broken, which was released in August.  Their previous album, Redemption & Ruin, reached the #1 spot on the Bluegrass charts in 2016. 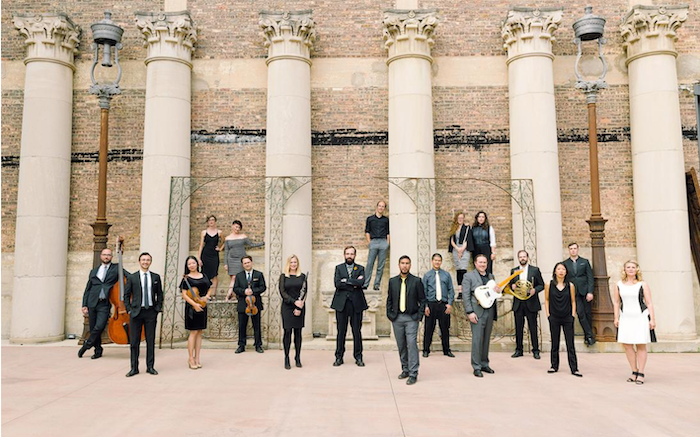 Ensemble Dal Niente is a 22-member Chicago-based contemporary music collective with an international presence. The ensemble uses its flexible instrumentation, curatorial approach to programming, and relentless attention to interpretation to create engaging, inspiring, and immersive experiences that connect audiences with the music of today. The Chicago Tribune has said that “Dal Niente is a model of what contemporary music needs, but seldom gets, to reach and engage a wider public.”

Dal Niente was first ensemble to be awarded the prestigious Kranichstein Music Prize in Darmstadt, Germany. 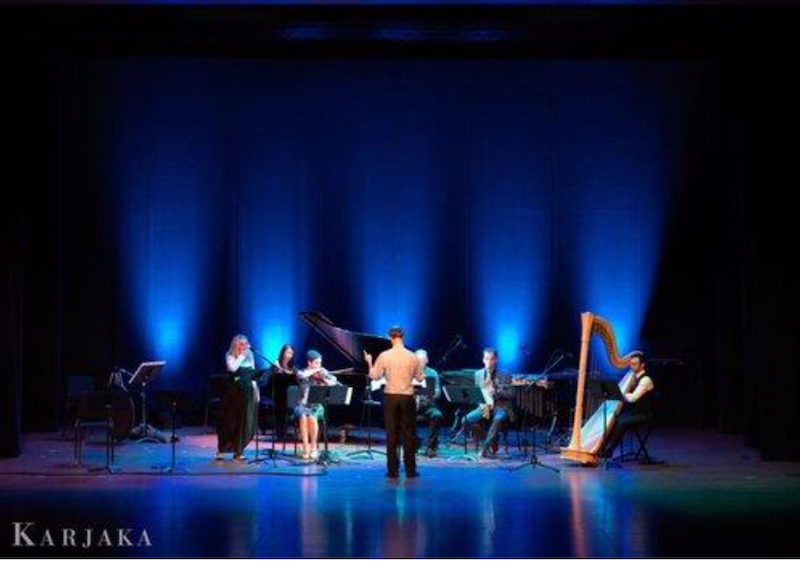 Grammy-nominated lutenist Ronn McFarlane strives to bring the lute – the most popular instrument of the Renaissance — into today’s musical mainstream and make it accessible to a wider audience.  Since taking up the lute in 1978, McFarlane has made his mark in music as the founder of Ayreheart, a founding member of the Baltimore Consort and as a guest artist with Apollo’s Fire, The Bach Sinfonia, The Catacoustic Consort, The Folger Consort, Houston Grand Opera, The Oregon Symphony, The Portland Baroque Orchestra, and The Indianapolis Baroque Orchestra. 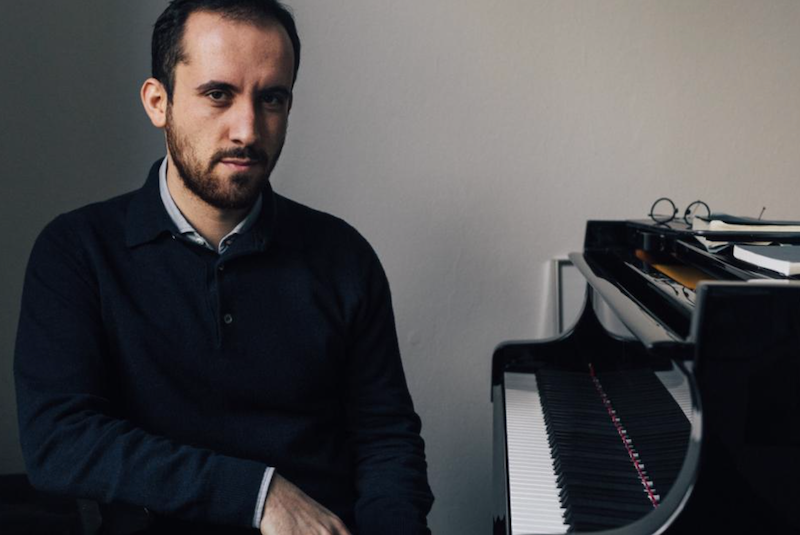 Winner of Gramophone magazine’s Recording of the Year award in 2016, Igor Levit has established himself as “one of the essential artists of his generation” (The New York Times). Highly anticipated debuts in recent seasons include performances with the Royal Concertgebouw Orchestra, the Royal Stockholm Philharmonic Orchestra, the Vienna and Pittsburgh Symphony Orchestras, and a 2017 performance on the BBC Proms’ opening night alongside the BBC Symphony Orchestra. His debut recital at the Mondavi Center features a program rich with thematic interconnections and virtuosity. 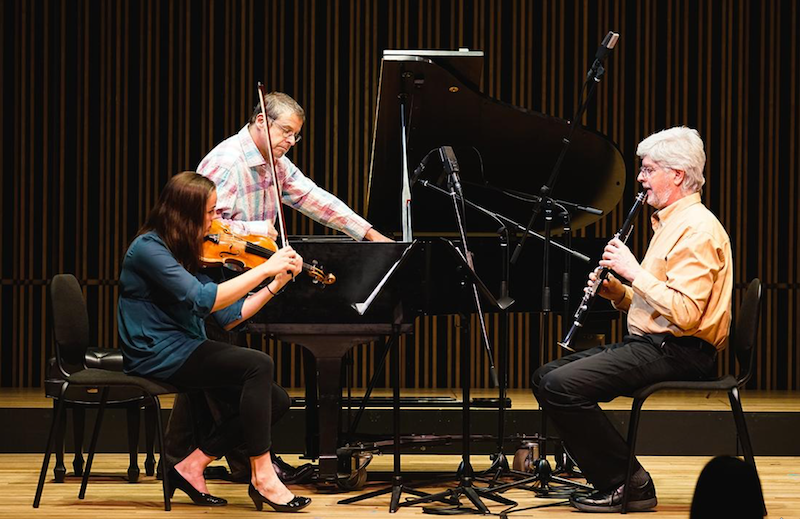 Pre-concert talk with the composers at 2:15 pm.

An exciting voyage through time with the Celts, a nomadic people of mythological stature. Acclaimed Riverdance principal dancer Caterina Coyne leads an incredible ensemble of dancers, singers and musicians in the new show “Celtic Wings.” The journey takes us to Ireland and to the Celtic landscape of the heart, for an unforgettable night of dance, music and merriment — a perfect family event! With choral ensemble Dana, The Kerry Orchestra and The Kerry Dance Troupe. 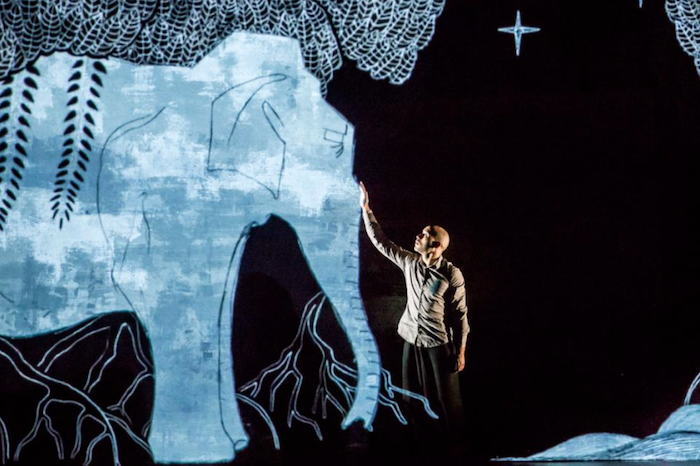 Chotto Desh, meaning “small homeland,” draws on choreographer Akram Khan’s unique ability to tell crosscultural stories, creating a compelling tale of a young man’s dreams and memories from Britain to Bangladesh. Using a magical mix of dance, text, visuals and sound, Chotto Desh celebrates the resilience of the human spirit in the modern world and promises to be a thrilling and poignant dance theater experience for families to enjoy together.

The Falcon’s Eye opens its twelfth season with William Shakespeare’s Macbeth. Driven to bloody deeds by their lust for power, Macbeth and his Lady fight to hold on to their sanity and to each other by any means necessary. Shakespeare’s tragedy is an unrelenting examination of the dark side of humanity. Note: This production contains mature content and simulated violence, it may not be suitable for children Age 13 or younger.

Leapin' Lizards! The popular comic strip heroine takes center stage in one of the world's best-loved musicals. With equal measures of pluck and positivity, little orphan ANNIE charms everyone's hearts, despite a next-to-nothing start in 1930s New York City. She is determined to find her parents, who abandoned her years ago on the doorstep of a New York City Orphanage run by the cruel, embittered Miss Hannigan. With the help of the other girls in the Orphanage, ANNIE escapes to the wondrous and magical world of NYC. In adventure after fun-filled adventure, ANNIE foils Miss Hannigan's evil machinations and befriends President Franklin Delano Roosevelt. She finds a new home and family in billionaire Oliver Warbucks, his personal secretary Grace Farrell, and a lovable mutt named Sandy.