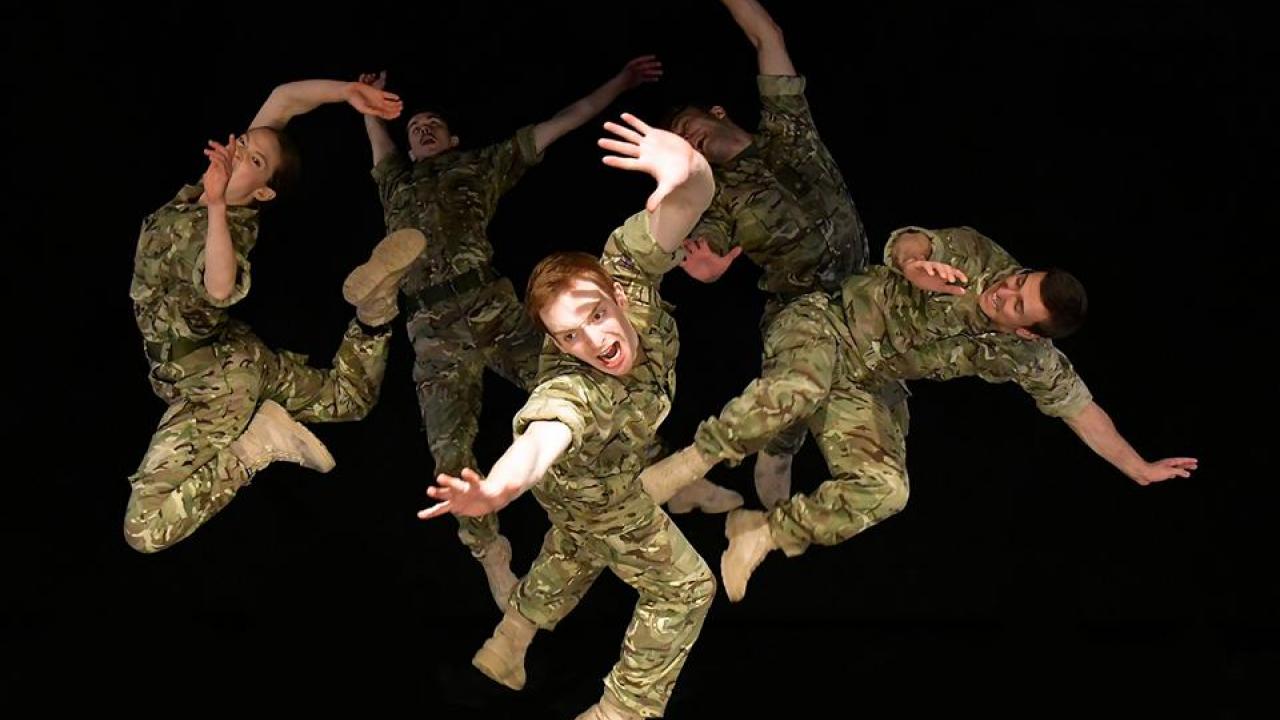 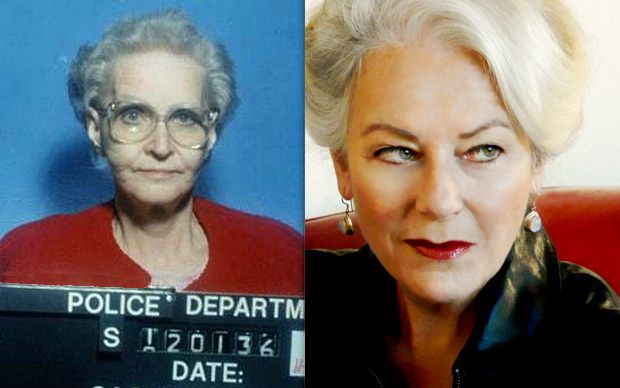 Drama Desk Award Nominee Janis Stevens has been chosen to portray Dorothea Puente in California Stage’s newly commissioned play on Sacramento’s infamous boarding house murders. Dorothea Puente Tells All! was researched and written over a three-year period by Mark Loewenstern, a winner of the Samuel French Off-Off Broadway Short Play Festival and a three-time finalist for the Heideman Award and a semi-finalist for the nationally prestigious Playwrights Award of The O’Neill Theater Center. Lowenstern’s extensive research has uncovered elements of Ms. Puente’s temperament and personal relationships which are not publicly known. His play reaches deep into her personality and gives us new insight into a murderer who does not fit the common definition of a “Serial Killer.” Producer Ray Tatar added, “Dorothea’s motives revealed in Mark’s play will change many peoples ideas about this killer. Her outward personality belied the twisted values that shocked many who knew her.” 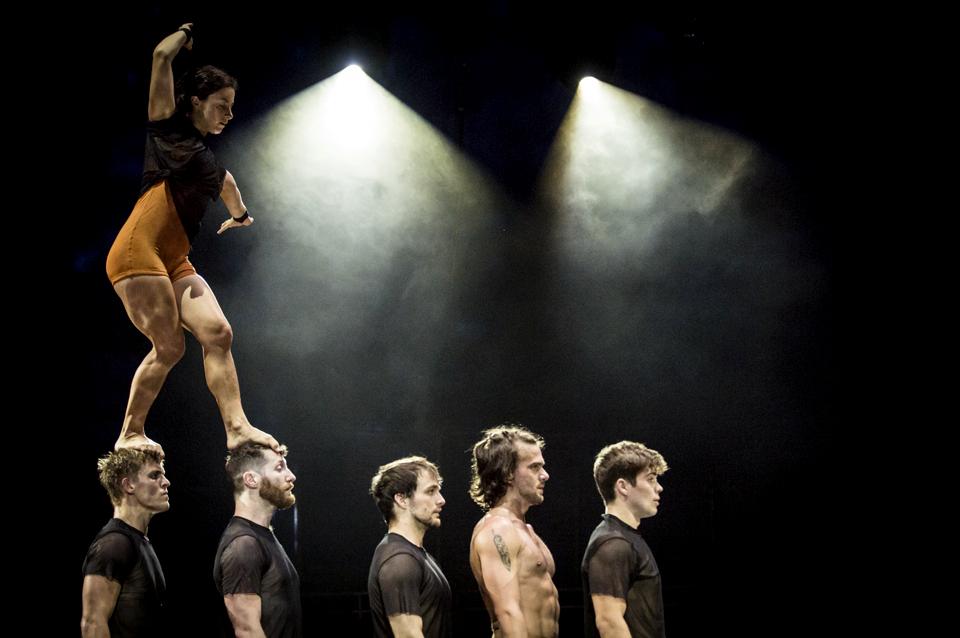 Under the direction of circus visionary Yaron Lifschitz, Circa brings its newest concept, Humans, to the Jackson Hall stage. With a specially designed and highly intimate seating arrangement, 10 dancers take us on a stirring journey of what it means to be human and of how our bodies, our connections and our aspirations all form part of who we are. They lead us to reflect on our lives, our loved ones, the burdens we carry, and the physical and emotional strength it takes to overcome them. The performers push the boundaries of the art form, blurring the lines between movement, dance, theater and circus, and lead the way with a diverse range of thrilling creations that “redraw the limits to which circus can aspire.”

Note: This is a more mature performance, recommended for Ages 10+. 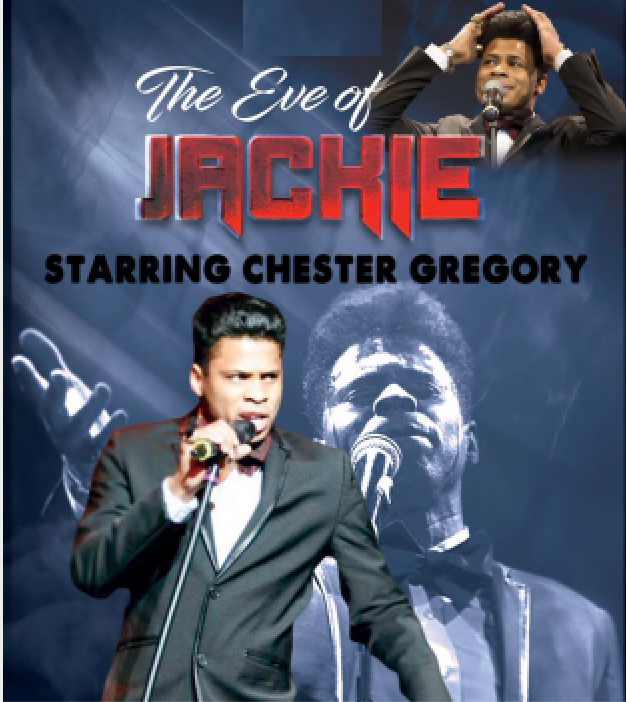 The Eve Of Jackie is an exciting tribute musical about the life of the legendary 1950s and ’60s performer — Pop, R&B, two-time Grammy and Rock-n-Roll Hall of Fame inductee — Jackie Wilson, who inspired such greats as Elvis Presley and Michael Jackson. Praised by the New York Times, this play will take the audience on an intimate journey back to September, 1975 for Wilson’s last full live performance before he lapsed into a coma.

Amaluna is a touring show by Cirque du Soleil created and directed by Diane Paulus. Loosely inspired by William Shakespeare’s The Tempest, the story takes place on an island governed by goddesses. During a storm, a group of men are washed up on shore. The queen’s daughter falls for one of the young men, and the trials of their love are the basis of the show’s main narrative. 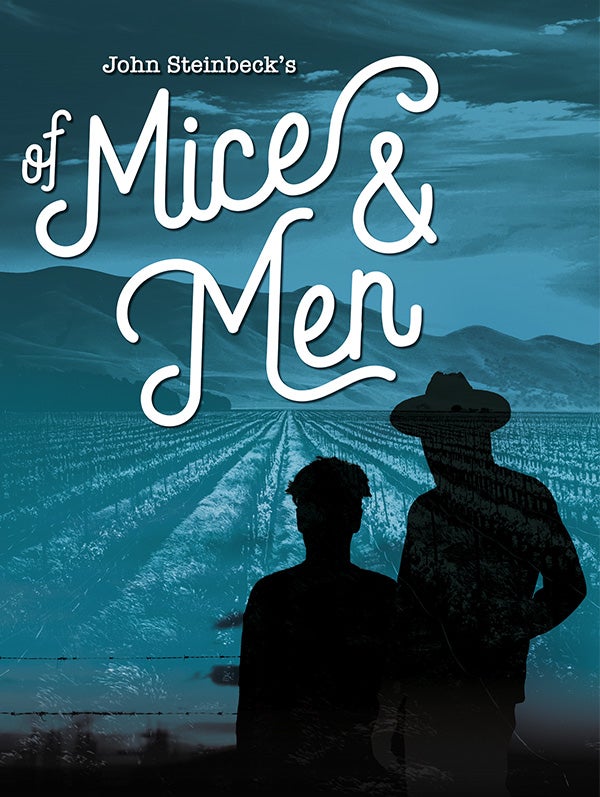 Adapted from John Steinbeck’s own classic novel of the same name, the play hauntingly follows George and Lennie, California migrant workers searching for a better life during the Great Depression. The unlikely and protective friendship between the two resonates as they strive for the American dream. Their dependence on one another is the strength and the weakness of the relationship. Recognized as a masterpiece of literature, the relevance of the story still rings true today.

Picture this: It’s the 1920s again, an era of opulent prosperity, game-changing trends, and some of the most profound moments of American history. Now — imagine it interpreted by our very own Midtown Moxies! Join the Midtown Moxies to indulge in all the best the Roaring Twenties had to offer, from the dazzling showgirls of Prohibition era, the gangster molls, the high-kicking swing dancing, and the Gatsby-esque extravagance!

Enjoy eats from El Nopal Mexican Grill served right to your table, all night!
Note: Cash or credit at the door, but the bar is cash only.

Inspired by the twisted genius of Roald Dahl, this Tony Award-winning show revels in the anarchy of childhood, the power of imagination and the inspiring story of a girl who dreams of a better life. Packed with high-energy dance numbers, catchy songs, Matilda is a joyous girl power romp. Children and adults alike will be thrilled and delighted by the story of the special little girl with an extraordinary imagination. 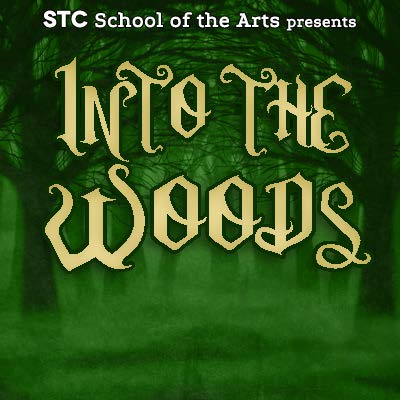 The story of Into the Woods with music and lyrics by Stephen Sondheim and book by James Lapine, follows a baker and his wife, who wish to have a child; Cinderella, who wishes to attend the King’s Festival; and Jack, who wishes his cow would give milk. When the baker and his wife learn that they cannot have a child because of a witch’s curse, the two set off on a journey to break the curse. Everyone’s wish is granted, but the consequences of their actions return to haunt them later with unexpected results.

The Tony Award winning Into the Woods, performed by students from STC School of the Arts, Young Professionals Conservatory, is one of Sondheim’s most popular works and this timeless, relevant piece brings all the favorite Brothers Grimm storybook characters together to tell the story of wishes, family and the choices we make. 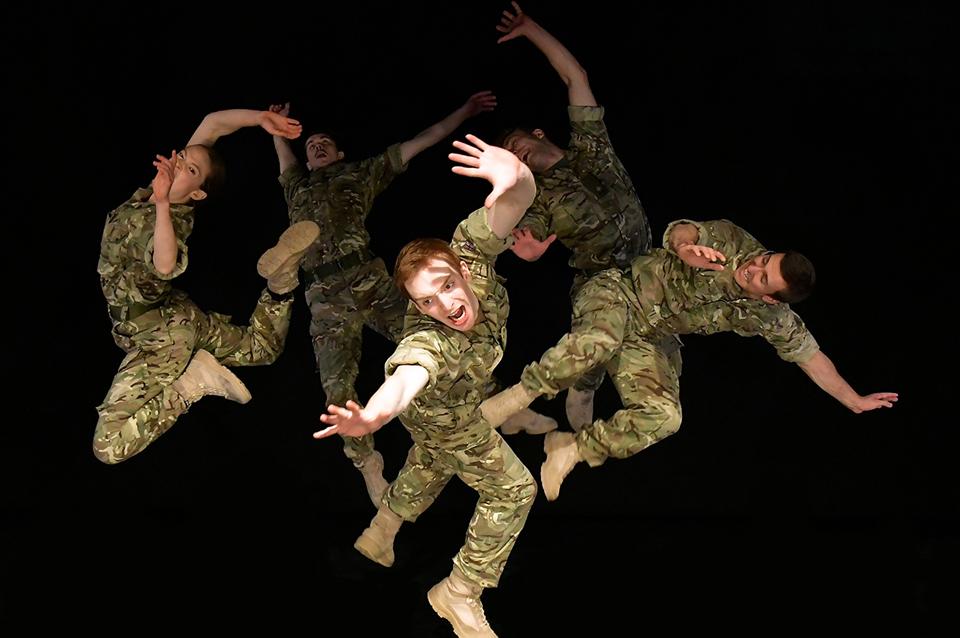 A thrilling and humane portrait of army life tells the stories of five men and women serving on the front line. In 2008, choreographer Rosie Kay joined the British Army’s 4th Battalion to watch and participate in full battle exercises and visited Great Britain’s Defence and National Rehabilitation Centre for Armed Forces. What came of these observations is this award-winning, five-star work. Deeply realistic, stark and thrilling, 5 Soldiers offers no moral stance on war, but instead questions what it is that we ask of our soldiers. With Kay’s trademark intense physical and athletic dance theatre, 5 Soldiers explores how the human body remains essential to war, even in the 21st century.

Designated an Ambassador of Mexican Culture, Ballet Folclórico Nacional de México de Silvia Lozano has toured 40 countries over five continents, performing for kings, princesses, presidents and prime ministers. With an artistic career spanning over 56 years, the BFNM dedicates itself to preserving the culture of Mexico and disseminating the art of Mexico through exquisite costumes, dancing and music. 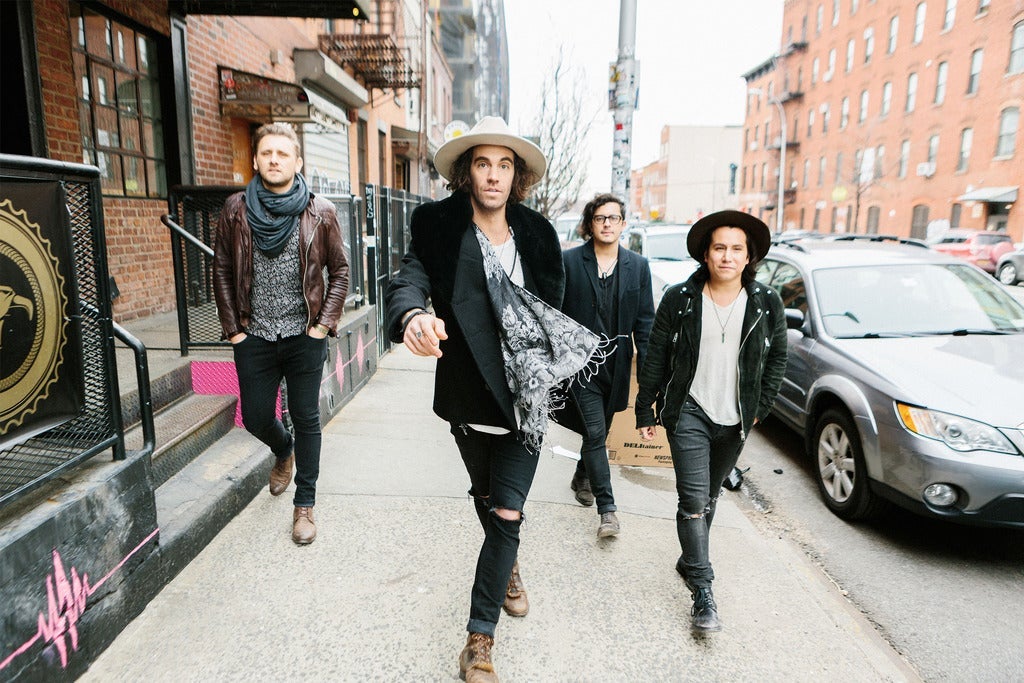 Magic Giant is an American indie folk band formed in Los Angeles. The band is best known for its single Set On Fire that charted top 30 in Billboard’s Alternative chart, and Window which has so far charted top 40 on the Hot AC radio chart. Additional Performer: Public. 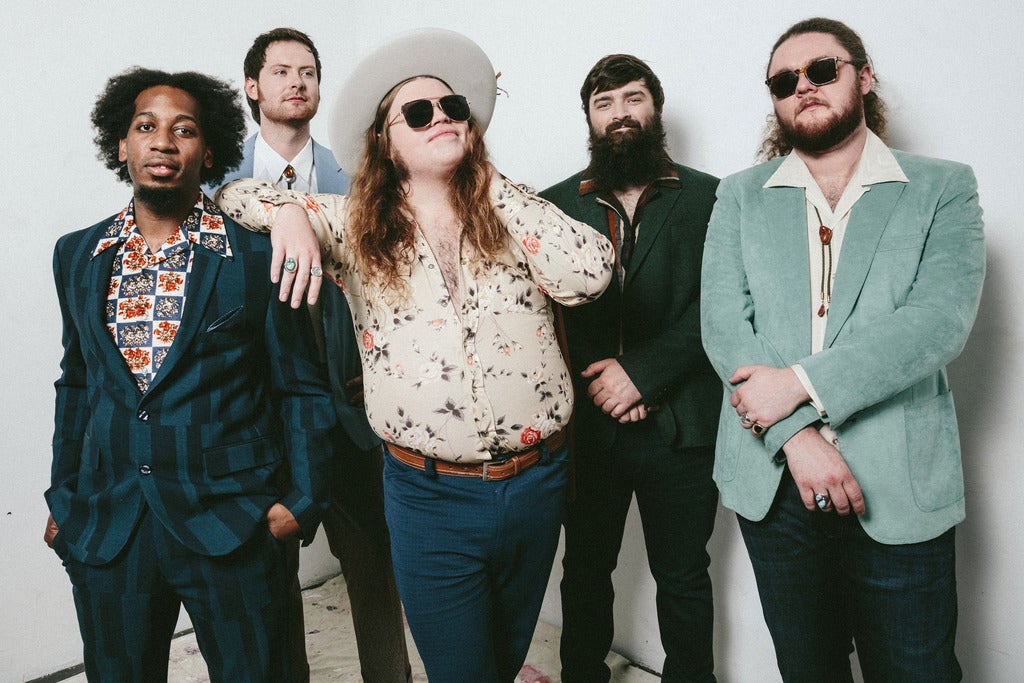 His grandfather was a country guitarist, and his father continues to perform live.

A.J. Croce has shared the stage with Willie Nelson, Ray Charles, Ben Harper, and even James Brown. He was two years old when his father Jim — a beloved folk singer at the peak of his popularity — died in a plane crash. In this intimate concert, he and his trio will pay homage to Jim Croce’s legacy. Songs like Operator, You Don’t Mess Around with Jim and more are nicely complemented by A.J’s original work and songs that influenced both father and son. Country music singer and songwriter Chris Lane is known for his smooth, yet lively love songs and country-pop.  He wrote the single Big, Big Plans to propose to his girlfriend.
Additional Performers: Blanco Brown and Ernest. 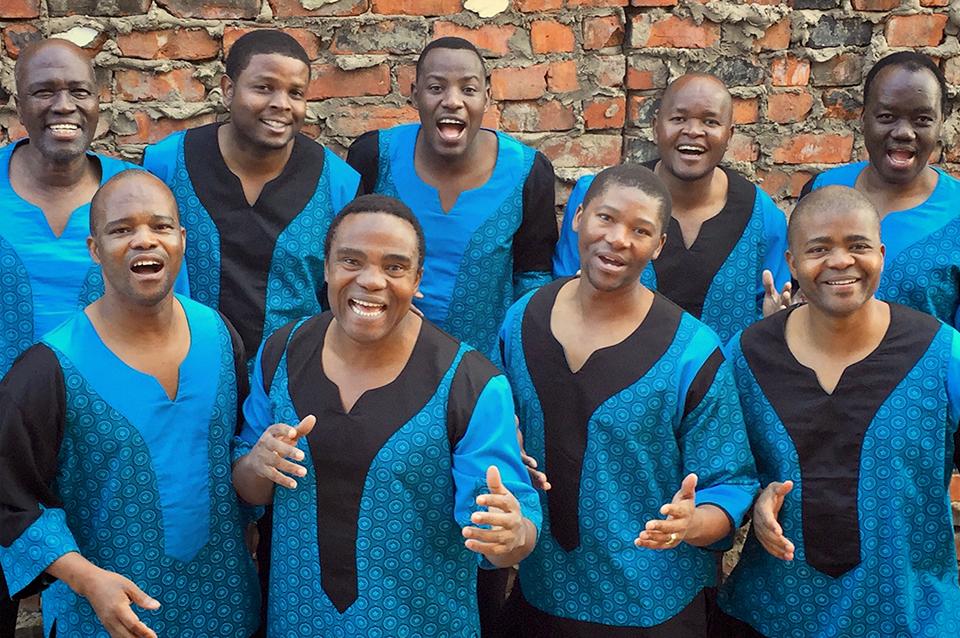 South Africa’s musical ambassador to the world, Ladysmith Black Mambazo is one of the world’s greatest and most popular a cappella vocal ensembles. In a show especially designed for families, the group draws from its album Songs of Peace & Love for Kids & Parents Around the World, which was nominated for Best Children’s Album at the 2017 Grammy Awards. Expect songs like Love Your Neighbor, Everything’s So Stupid! and Old MacDonald Zulu Style as Ladysmith Black Mambazo enchants young audiences with uplifting harmonies and plenty of laughter, too. 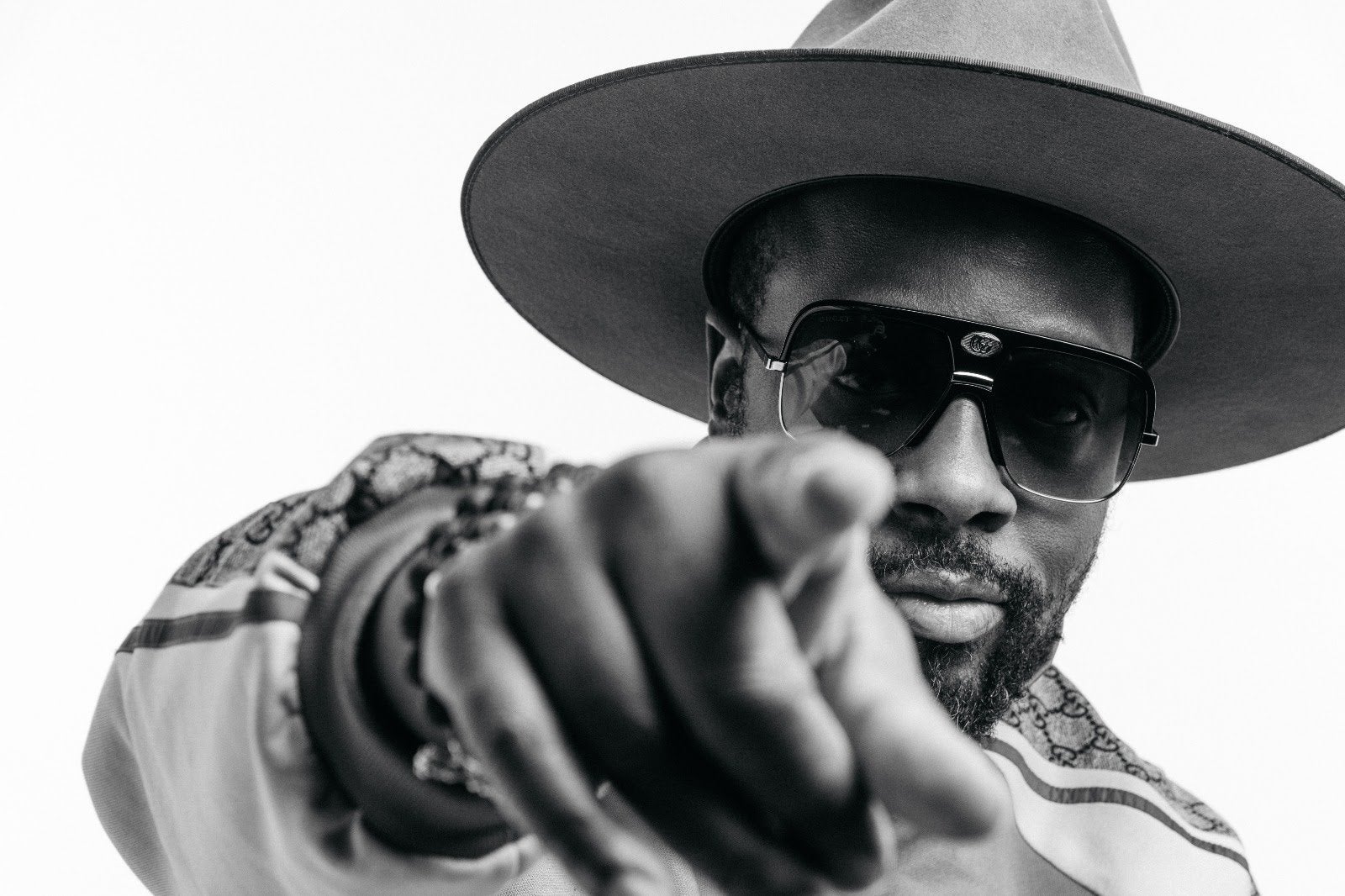 Wyclef Jean is a Haitian-American rapper, musician and actor. He first achieved fame as a member of the Fugees, one of the most celebrated hip-hop groups of the 1990’s thanks to their socially conscious songs. Jean draws upon Creole folk music, Afro-Cuban, reggae, rhythm and blues, funk, and rap music to forge a style all his own.  He has won three Grammy Awards for his musical work.

Grammy-nominated J.D. Souther has penned countless hits for the Eagles, Linda Ronstadt, Roy Orbison, James Taylor, Don Henley, George Strait, Trisha Yearwood, Brooks and Dunn, and found success as a solo artist. This led him to being inducted into the Songwriter’s Hall of Fame in 2013 and becoming one of the most celebrated songwriters of his generation.

On his latest studio album, Tenderness, Souther creates a perfect balance of understated Jazz with the ineffable pop narratives that have been the backbone of much of his greatest work. His classic albums John David Souther, Black Rose and Home by Dawn have been released as expanded reissues. 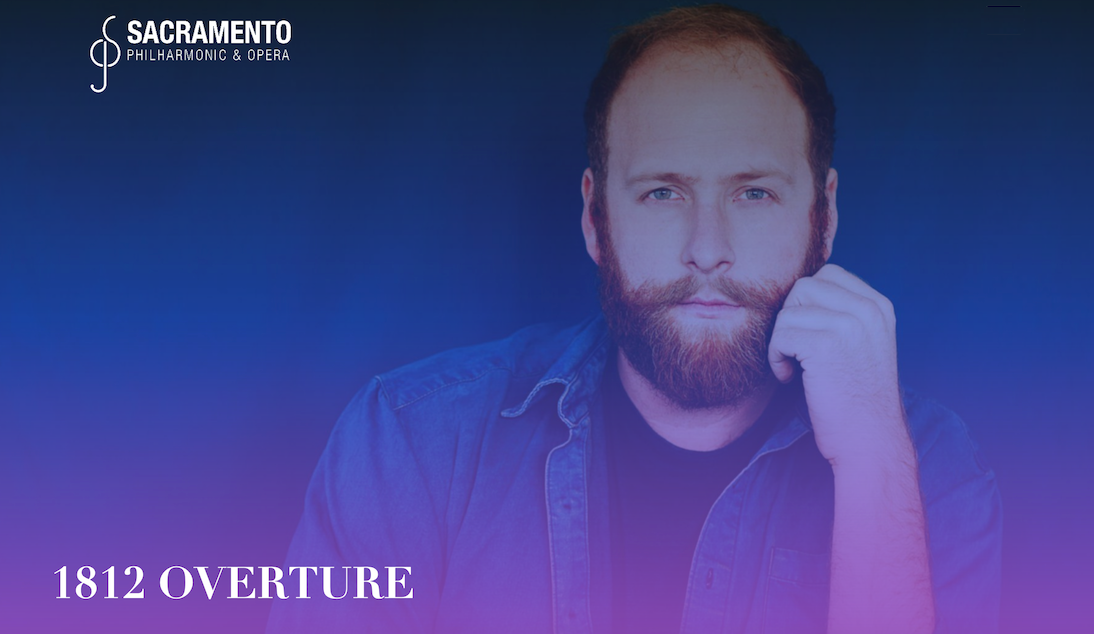 Christopher Rountree conducts the Sacramento Philharmonic in a program that features three great American works and a Russian classic.  Of special note: Zhou Tian’s Transcend, a piece to commemorate the 150th Anniversary of Transcontinental Railroad.  It was commissioned by the Sac Phil and 12 other American orchestras located along the route of the Railroad. This performance is the Sacramento premiere. 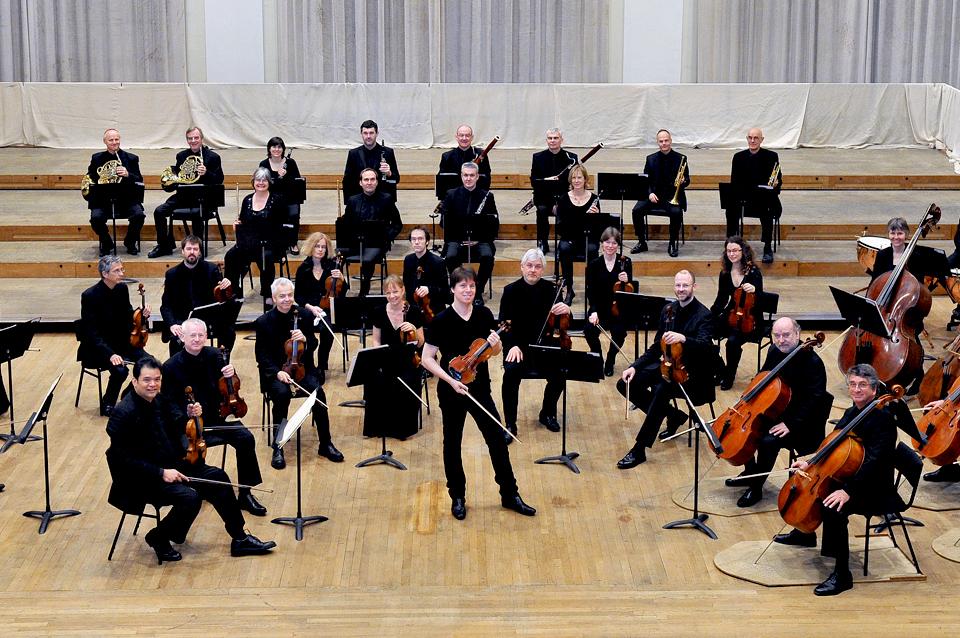 Under the leadership of acclaimed music director and virtuoso violinist Joshua Bell, the Academy of St Martin in the Fields returns for an evening of music-making, including the fireworks and lyricism of Paganini’s Violin Concerto No. 1 and only the second Mondavi Center performance ever of Beethoven’s landmark Fifth Symphony. In describing the ensemble’s collaboration with Bell, The Washington Post declared, “Bell was so at one with his fellow musicians, they seemed to be breathing together.” This Leap Day performance is sure to be as special and rare as the date on which it falls.

Blake Shelton is one of the most successful country artists today, having charted 40 singles, including 26 number ones. Hear him and friends The Bellamy Brothers, John Anderson and Trace Adkins at Golden 1 Center.

Miranda Lambert has been honored by the Academy of Country Music Awards, the Country Music Association Awards and the Grammy Awards, including the Grammy for Best Country Album in 2015 for her album Platinum. Additional Performers: Cody Johnson and Lanco.