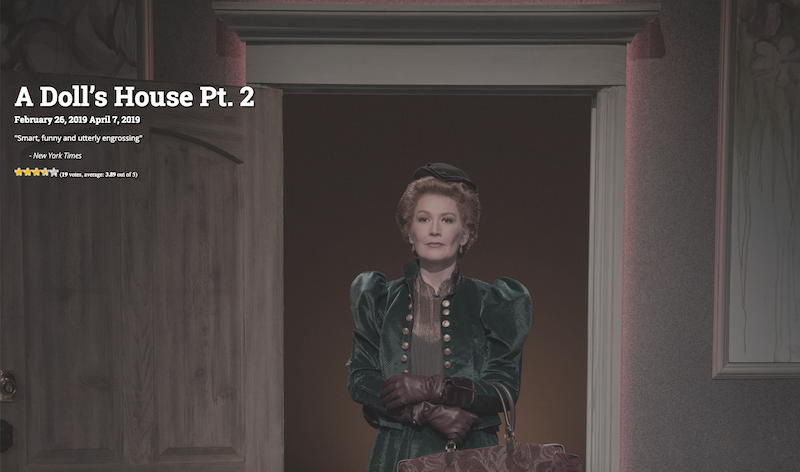 At the end of Henrik Ibsen’s “A Doll’s House,” theater’s great feminist icon, Nora, walks out the door of her home, leaving her husband and children behind to embrace an uncertain future, but a future that she controls. But what if she came back? “A Doll’s House Pt. 2” imagines just that scenario. Celebrated playwright Lucas Hnath’s Tony-nominated play imagines Nora’s continuing story. In this fascinating and brilliant play, we see the cost of Nora’s decision and investigate further the ideas set forth in Ibsen’s original. What price do we pay for control of our own destinies? Rediscover Cats — the beloved Andrew Lloyd Webber musical with breathtaking music, including one of the most treasured songs in musical theater, “Memory.” Winner of seven Tony Awards including Best Musical. Featuring new sound design, direction and choreography for a new generation — experience Cats for the first time as it begins a new life, or let it thrill you all over again!

OMG! Based on the beloved movie, “Legally Blonde – The Musical” is a journey from the sorority house to the halls of justice. Elle Woods appears to have it all, until her boyfriend dumps her to attend Harvard Law. Determined to get him back, Elle uses her ingenuity and charm to get into Harvard too, tackling stereotypes, snobbery, and scandal along the way. Driven by memorable songs and explosive dances, “Legally Blonde – The Musical” warms the heart, “a high-energy…hymn to the glories of girlishness.” (New York Times)

Emmy Award-winning comedian Vicki Lawrence was plucked out of total obscurity as a high school senior to become part of the now-legendary cast of The Carol Burnett Show.  “I went to the Harvard School of Comedy in front of America,” says Lawrence of her Burnett Show training. She was 24 years old when she created her most endearing character to date, Thelma Harper, or “Mama” as she is better known to her fans. After the Burnett Show, Vicki went on to star in “Mama’s Family,” which consistently topped the ratings for its entire six-year run of original shows. “Mama” has attained almost a cult status among her legions of loyal television viewers.  Lawrence decided that the time is right to take Mama out of the closet, dust off her sensible shoes and hit the road with her new touring production, “Vicki Lawrence and Mama: A Two-Woman Show.”

“My show is not a retrospective,” she explains. “It is a mixture of stand-up comedy, music and my observations about real life.”

The multi-talented entertainer is mostly known for her acting and comedic talents, but she also earned a gold record for the 1973 hit, “The Night the Lights Went Out in Georgia.” 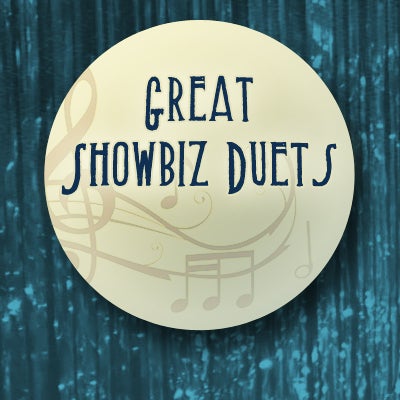 From vintage twosomes to newer duos, from romantic ballads to laughter-filled comedy numbers, this cabaret features a diverse mix of classic and contemporary show tunes with songs like “Me and My Shadow,” “Take Me or Leave Me,” “If I Loved You” and many others. Whether attending single, as a couple, or with a group, you’ll leave with an understanding of why — at least in showbiz — “it takes two!” 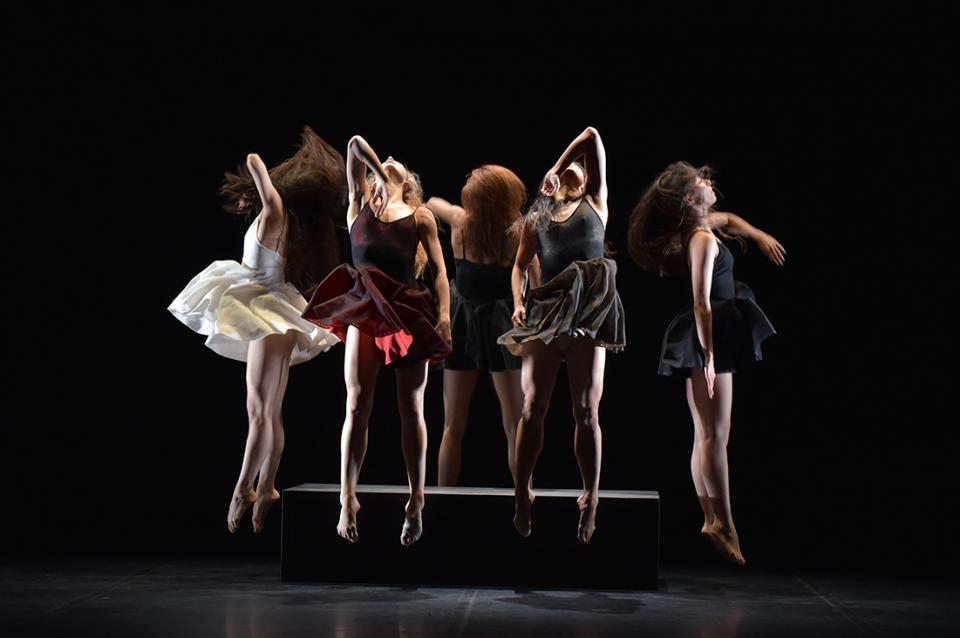 The Mondavi Center’s long history with Ballet Preljocaj dates back to the Mondavi’s 2002 opening season, when the company performed an astonishing “The Rite of Spring.” Its most recent visit brought the U.S. premiere of “Blanche Neige,” a wondrous retelling of the Snow White story. In “La Fresque,” artistic director Angelin Preljocaj continues his exploration of fairy tales, plunging the audience into the fantastical world of Pu Songling’s “The Painted Wall.” The ideas of illusion, transcendence and the place of art in today’s society are omnipresent in this contemporary adaptation for 10 dancers. 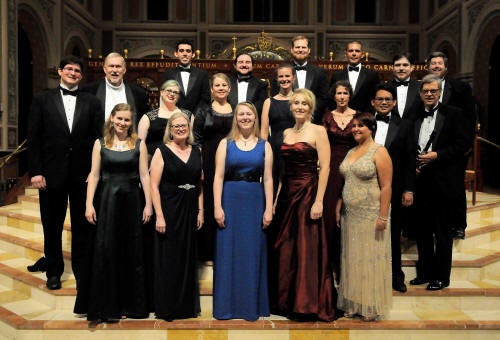 Join Capella Antiqua, Cathedral Choir, and their Baroque ensemble for an evening of joyful music in the stunning setting of the Cathedral of The Blessed Sacrament. Featuring two of J.S. Bach’s cantatas — “Meine Seel erhebt den Herren” and “Herz und Mund und Tat und Leben,” including the well-loved choral, “Jesu, Joy of Man’s Desiring.” Surrounded by visual splendor and aural beauty, your soul will soar during this concert. 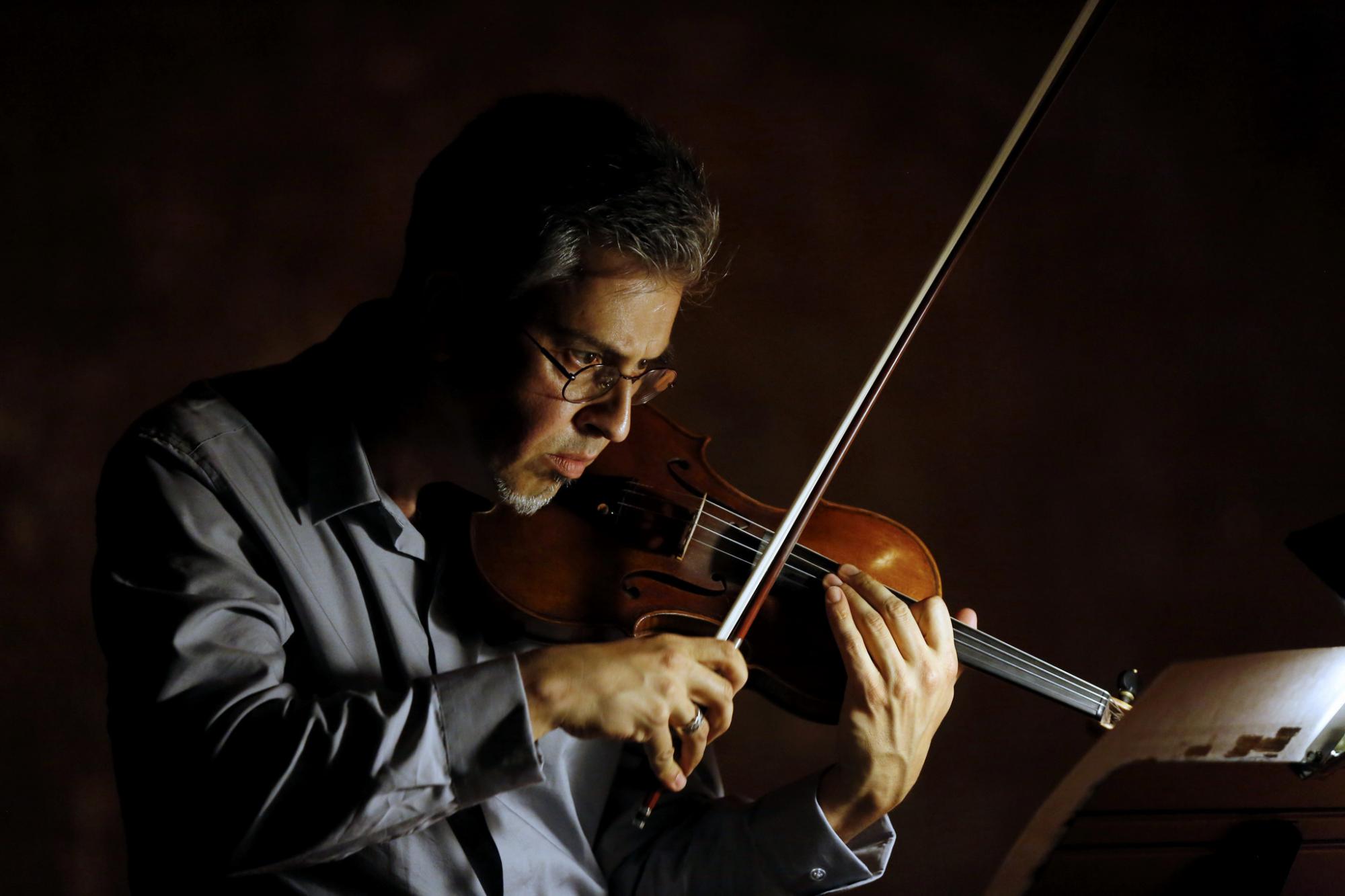 Hailed by the LA Times as an “extraordinary musician” and a “riveting violinist,” Mark Menzies will perform three of J.S. Bach’s cycle of solo sonatas and partitas on the Trinity Cathedral Music Series. In between works by Bach, he will be joined by series artists, Bernadette Mondok (soprano) and Derek Keller (tenor/countertenor) for works by Ralph Vaughan Williams and Gustav Holst. As a viola and violin virtuoso, chamber musician and advocate of contemporary music, Menzies has performed across Europe, the Americas, Japan, New Zealand and across the U.S., including a series of appearances at New York’s Carnegie Hall. 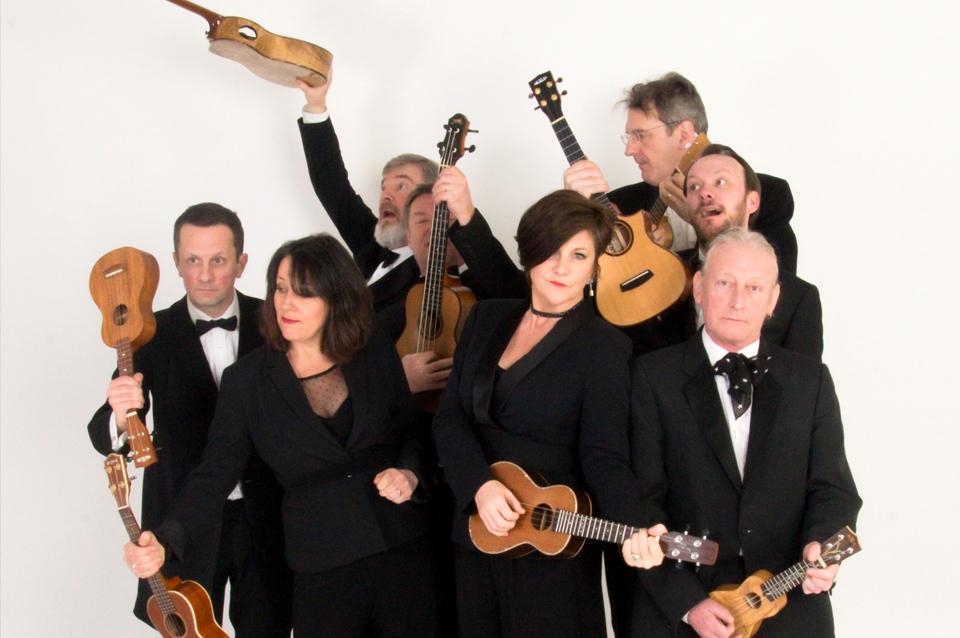 Using instruments primarily bought with loose change, the Ukulele Orchestra of Great Britain is a group of all-singing, all-strumming players who believe that every genre of music is available for reinterpretation, so long as they are played on the ukulele. The orchestra uses the limitations of the instrument to create a musical freedom that reveals unsuspected musical insights. As Mondavi Center audiences know very well, a concert by “the Ukes” is a funny, virtuosic, twanging, awesome, foot-stomping party of rock ’n’ roll and melodious entertainment, featuring only the “bonsai guitar” and a menagerie of voices. 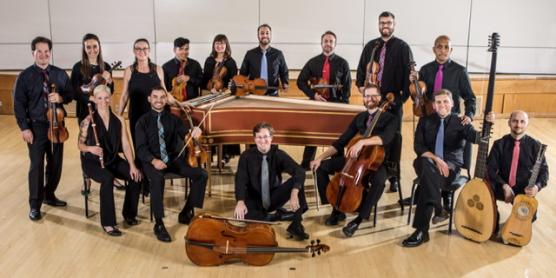 Sinfonia Spirituosa is a chamber orchestra dedicated to presenting bold, historically informed performances on period instruments. Through a vibrant and collegial exchange the group aspires to faithfully bring to life the broad spectrum of color, affect and rhetoric in the music of the Baroque era, and to share their passion for performing this period’s extraordinary variety of repertoire with the diverse audiences of today. The members of Sinfonia Spirituosa lead multi-faceted careers as university professors, recording artists, soloists, chamber musicians, and members of symphony orchestras. They are active as teachers and performers on both period and modern instruments, and many are directors of their own ensembles specializing in early music, Romantic music, new music, jazz and gypsy swing. 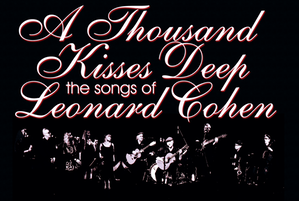 The eight-piece band and six singers bring the instrumentation of Cohen’s most recent touring band with woodwinds, strings, guitars and keyboards and back-up singers. New this year: one of San Francisco's light show pioneers, George Holden will be on board also with George Holden's Liquid Show & Live Cinema, accompanying the large ensemble presentation. Vintage image and footage of Cohen will be part of the mix. 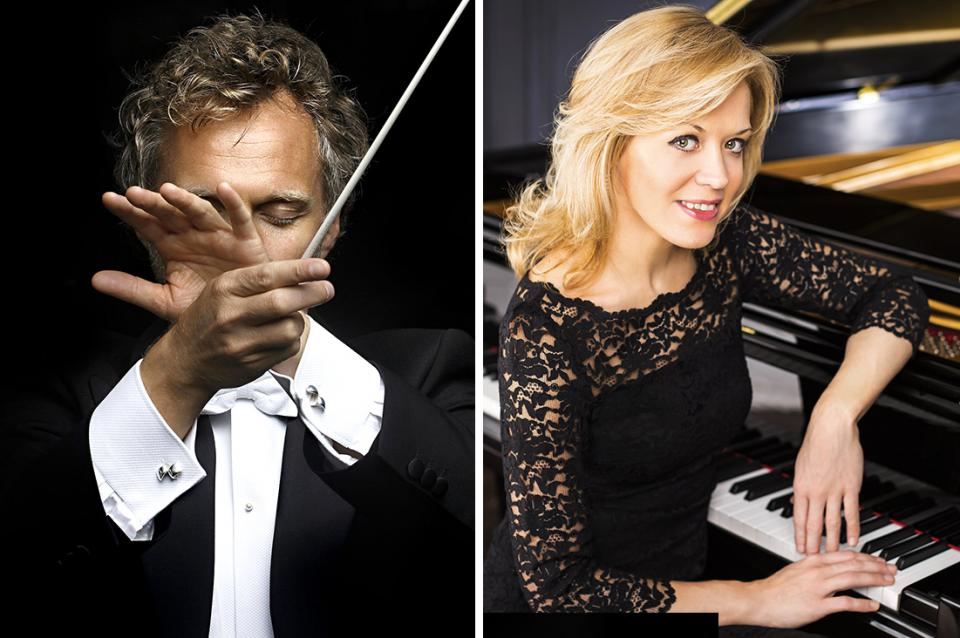 Throughout its history, the Royal Scottish National Orchestra (RSNO) has played an integral part in Scotland’s musical life, performing regularly in concert halls throughout Scotland, at the Edinburgh International Festival and at the BBC Proms at London’s Royal Albert Hall. Danish conductor Thomas Søndergård, newly installed as the RSNO’s music director, leads a crowd-pleasing program, with Olga Kern, winner of the 2001 Van Cliburn International Piano Competition, playing Rachmaninoff’s ever-popular Rhapsody on a Theme of Paganini. 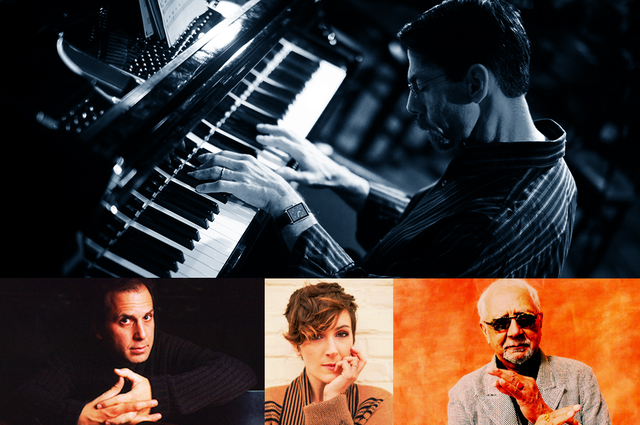 For more than 10 years, pianist Fred Hersch has invited a wide range of musicians to join him in duo performances at New York’s Jazz Standard. This inaugural Mondavi Center four-night run brings a distinctively West Coast sensibility to the format, finding Hersch working with a selection of artists he admires, all of whom call California home.

These performances are his first collaborations with all of these artists. Larry Goldings is his cousin and they have known each other for more than 30 years—from the time that Larry was a student at New York’s New School Jazz Program. Though he has never met Sara, he is a longtime admirer of her singing. And Charles Lloyd has long been on Hersch’s “bucket list” of musicians he wants to play with—he thinks he’s one of the last of the authentic, master jazz artists still with us.

Following a well-received summer tour, Weezer has returned to the road with the Pixies this spring for a run of highly anticipated North American arena dates.

Weezer is touring on the strength of two new albums: “Weezer (Teal Album),” which features covers, including their popular version of Toto’s “Africa”; and “Weezer (Black Album),” both released this year.

The Pixies’ music has been described as "an unorthodox marriage of surf music and punk rock” (The Guardian).  After their acrimonious break-up in 1993, the influential alternative rock band regrouped in 2004, leading to sold-out world tours. The band plans to release their next album in September. And, fans can follow the development of the band’s new music in a 12 episode podcast that will debut June 27. 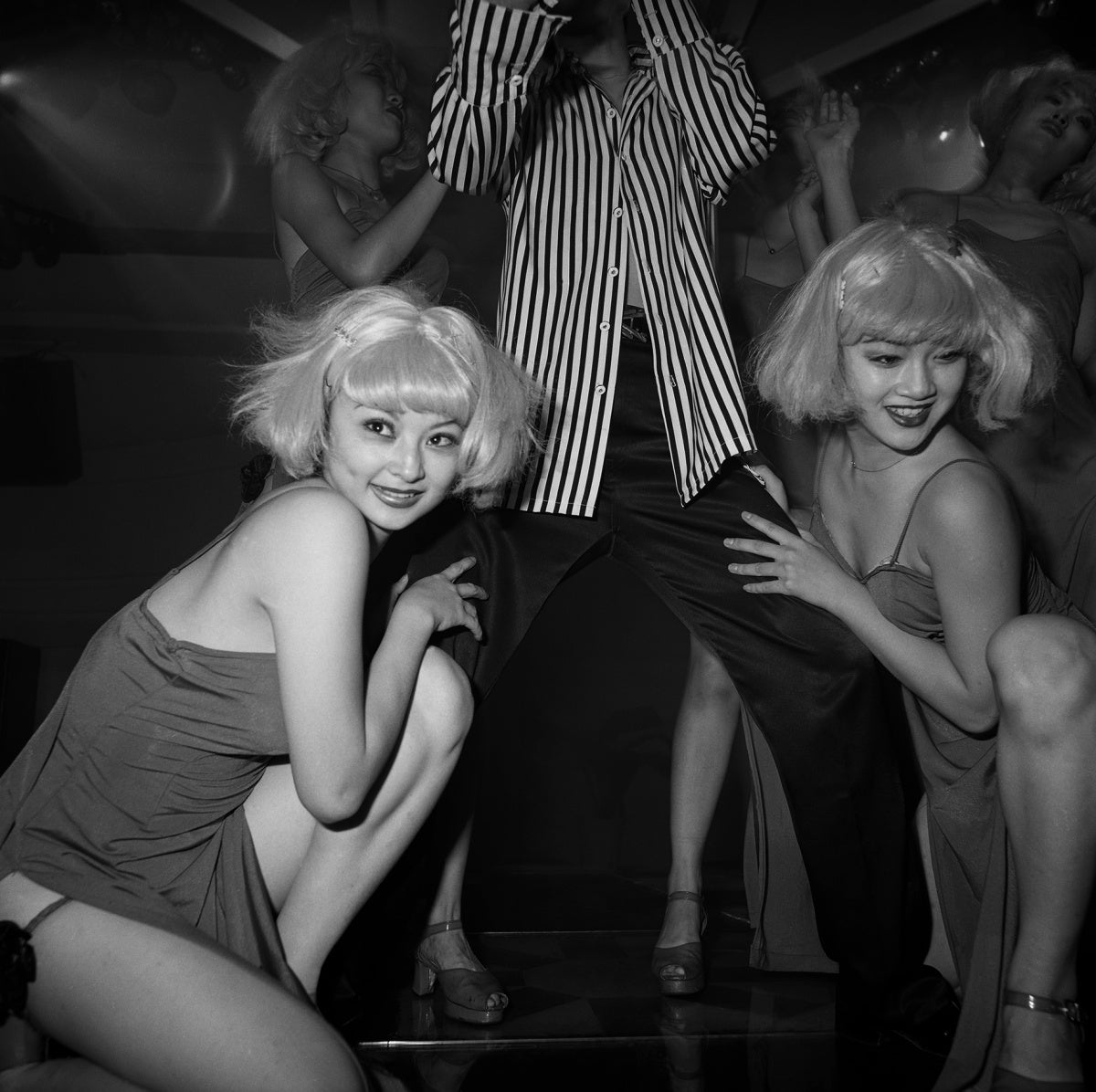 Street photography came into existence nearly two centuries ago, alongside the invention of some of the earliest cameras. Since then, the genre has evolved in style, scope, and technique due largely to technological advancements, most notably the portable 35mm camera and, today, the ubiquitous smartphone. Street photographers from around the world have captured humanity in vivid scenes that express our commonalities as well as our differences, producing tangible documents that give us a glimpse of ourselves. Despite its name, street photography does not necessitate the street as a backdrop or people as the subject. Closely related to documentary photography, the genre encompasses a spectrum of compelling images — usually taken in public spaces — that reveal something about the subject or stir emotion in the viewer. Drawn from the collection of Lois and Dr. Barry Ramer, “The Roaming Eye” features more than 70 photographs by approximately 40 photographers.