The Capital Culture List podcast returns next week.  In the meantime, check out this week's listings below. 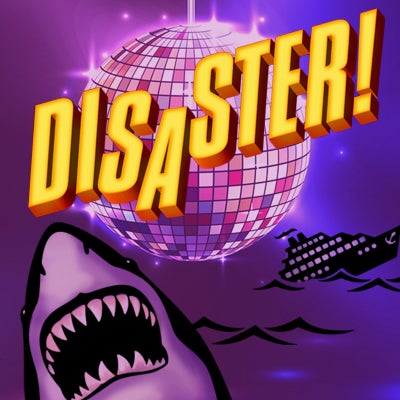 Casualty-causing earthquakes, tidal waves, and infernos, disco-inducing bell-bottoms, platform shoes, and velour, and the unforgettable songs of the ’70s take center stage in this side-splitting homage to classic disaster films. With larger-than-life characters, snappy dialogue, and recognizable songs like “Knock on Wood”, “Hooked on a Feeling”, “I Am Woman”, and “Hot Stuff”, Disaster! will have you dancing in your seats and rolling in the aisles.

Note: This play is appropriate for Middle Schoolers and up.

Four women at a lingerie sale with nothing in common but a black lace bra and memory loss, hot flashes, night sweats, not enough sex, too much sex and more. This beloved musical parody debuted in 2001 and is still going strong. Set to classic tunes from the ‘60s, ‘70s and ‘80s. “it’s impossible not to laugh.” (New York Times)

Leslie Fischer at chicagocritic.com said "bring the waterproof mascara because you’ll laugh so hard, you’ll cry. With humor and compassion, writer, producer, and lyricist Jeanie Linders has captured the experiences of every woman in her 40s and 50s."

The Falcon's Eye closes its twelfth season with its own adaptation of “Alice in Wonderland,” presenting Lewis Carroll's fairy tale of the absurd in this exuberant, funny and strikingly pertinent production meant for curious audience members of all ages. Alice's story takes a sharp turn as she falls down the rabbit hole into the dark and mysterious Wonderland.

The Falcon’s Eye Theatre is the production arm of the Department of Theatre and Cinema Arts at Folsom Lake College. The Sacramento News & Review praised last season’s production of “Marat/Sade” for “…an amazingly creative and all-encompassing theatrical experience, enhanced by imaginative sets, costumes and lighting…”

The Falcon’s Eye prides itself in creating “provocative theatre that looks into what it means to be alive and how we manage to live together…to provide you with insightful theatre that brings new perspectives to your life.” 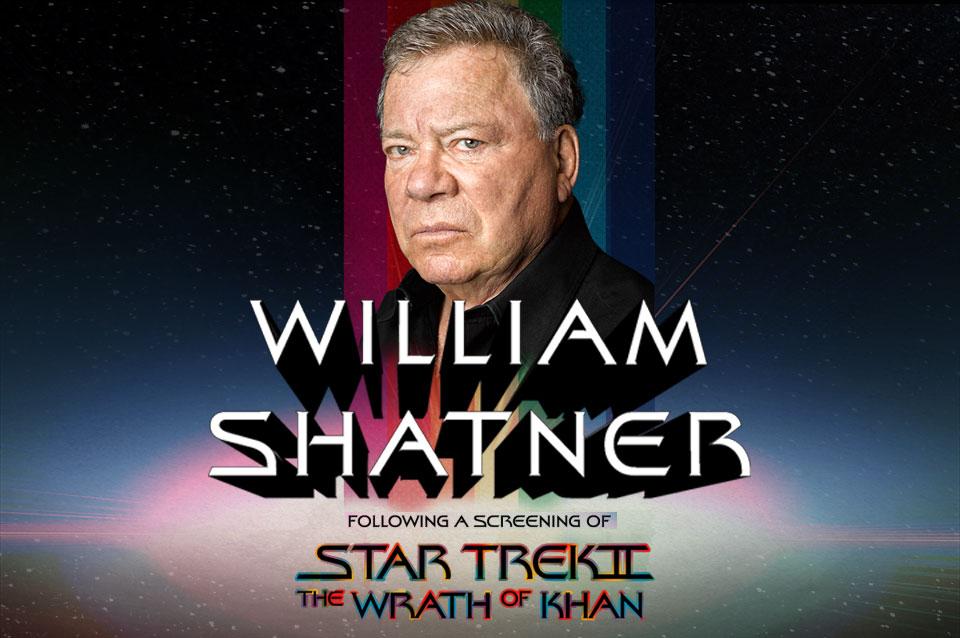 Set phasers to stun and beam yourself to the Mondavi Center for an unforgettable night with the one and only William Shatner, live on stage. Enjoy a screening of the classic film “Star Trek II: The Wrath of Khan” on the Mondavi Center’s big screen. The screening will be immediately followed by a live conversation with the one and only “Captain James T. Kirk,” boldly led by ultimate Trekkie, UC Davis Chancellor Gary S. May, presented as part of the Mondavi’s ongoing series of Chancellor’s Colloquia.

Screening of “Star Trek II: The Wrath of Khan” 7–9 pm.
Conversation and Q&A with William Shatner and Chancellor Gary S. May 9:00–10:00 p.m.
Times are approximate.

A Backstage Photo Opportunity with Mr. Shatner is available to purchase for an additional fee. 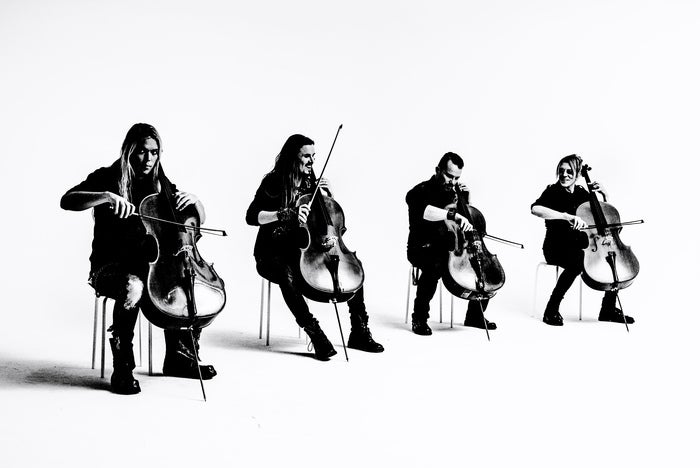 Since they formed in 1993, Finnish orchestral rock band APOCALYPTICA has released eight studio albums featuring numerous cello-based instrumentals along with some vocal-based songs. Whatever styles they’ve explored — from atmospheric interludes to fast, battering rhythms — their music has been gripping, dynamic and full of melody.

The band, including its three classically trained cellists, started out as a classical tribute band to Metallica, one of the most influential Heavy Metal bands of all time, but quickly branched out to the music of other bands and writing their own original songs.  This concert celebrates their epic 1996 debut album, “Plays Metallica by Four Cellos,” which was remastered and re-released for its 20th anniversary with three additional bonus tracks. 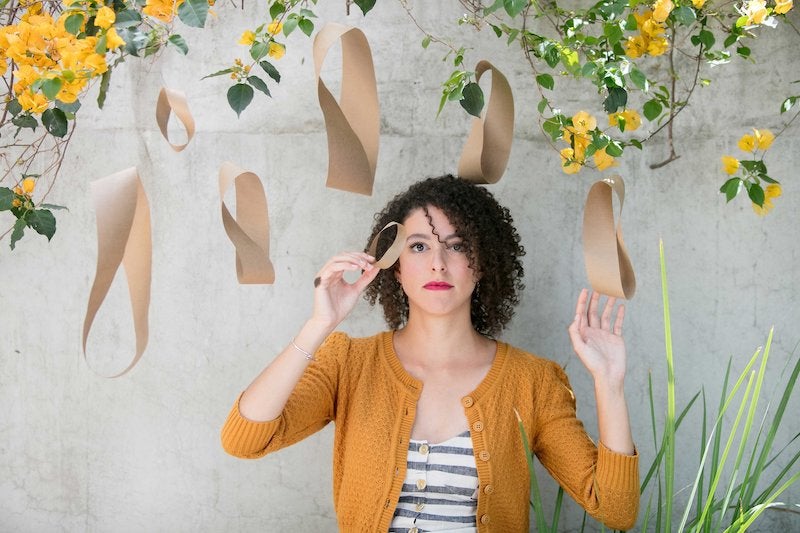 With driving groove and a smooth, open sound, fiddler and tunestress Sumaia Jackson is a quintessential modern West Coast fiddler. Jackson weaves together Celtic, Old-Time, Swing, and Bluegrass traditions with an easy virtuosity and melodic elegance. Jackson’s debut album, “Möbius Trip,” was inspired by scenes and stories from her twenty years of music-making. The album is full-to-the-brim with dance tunes inspired by giddy wee-hour jams, pieces shaped by clouds on a crisp March day in Halifax, and tunes written in ghost towns in New Mexico’s high desert. This collection celebrates the strength of community, the power of returning home with a heart full of new adventures, and a love for the music that brings us all together.

Jackson tours all over the world with Jayme Stone’s Folklife and Laura Cortese & the Dance Cards—playing at the Kennedy Center, Library of Congress, Celtic Connections, Planet Bluegrass, and the Edmonton Folk Festival, and much more. She is also a member of the Real Vocal String Quartet (recipients of a 2017 Gerbode Special Grant in the Arts) and plays as a duo with award-winning Canadian fiddler, Adrianna Ciccone. 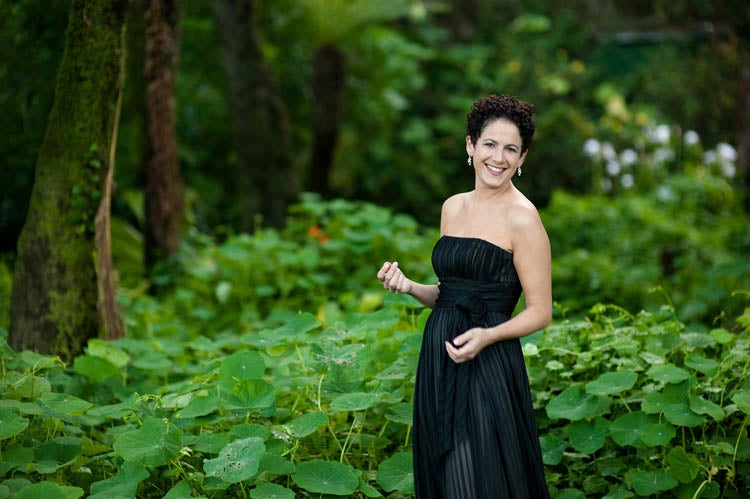 The concert program is coordinated by UC Davis Professor of Music Kurt Rohde.

Soprano Ann Moss is an acclaimed recording artist and champion of contemporary vocal music who performs and collaborates with a dynamic array of living composers. Her high, silvery, flexible voice has been singled out by Opera News for “beautifully pure floated high notes” and by San Francisco Classical Voice for “powerful expression” and “exquisite phrasing.” In addition to working closely with well-known composers such as Jake Heggie, John Harbison, Kaija Saariaho, David Conte and Aaron Jay Kernis, Ann seeks out and performs music by emerging voices at forums and festivals across the USA. As co-founder and Artistic Director of new-music repertory group CMASH, Moss has been personally responsible for the creation and premiere of over one hundred art songs, vocal chamber music and operatic works. 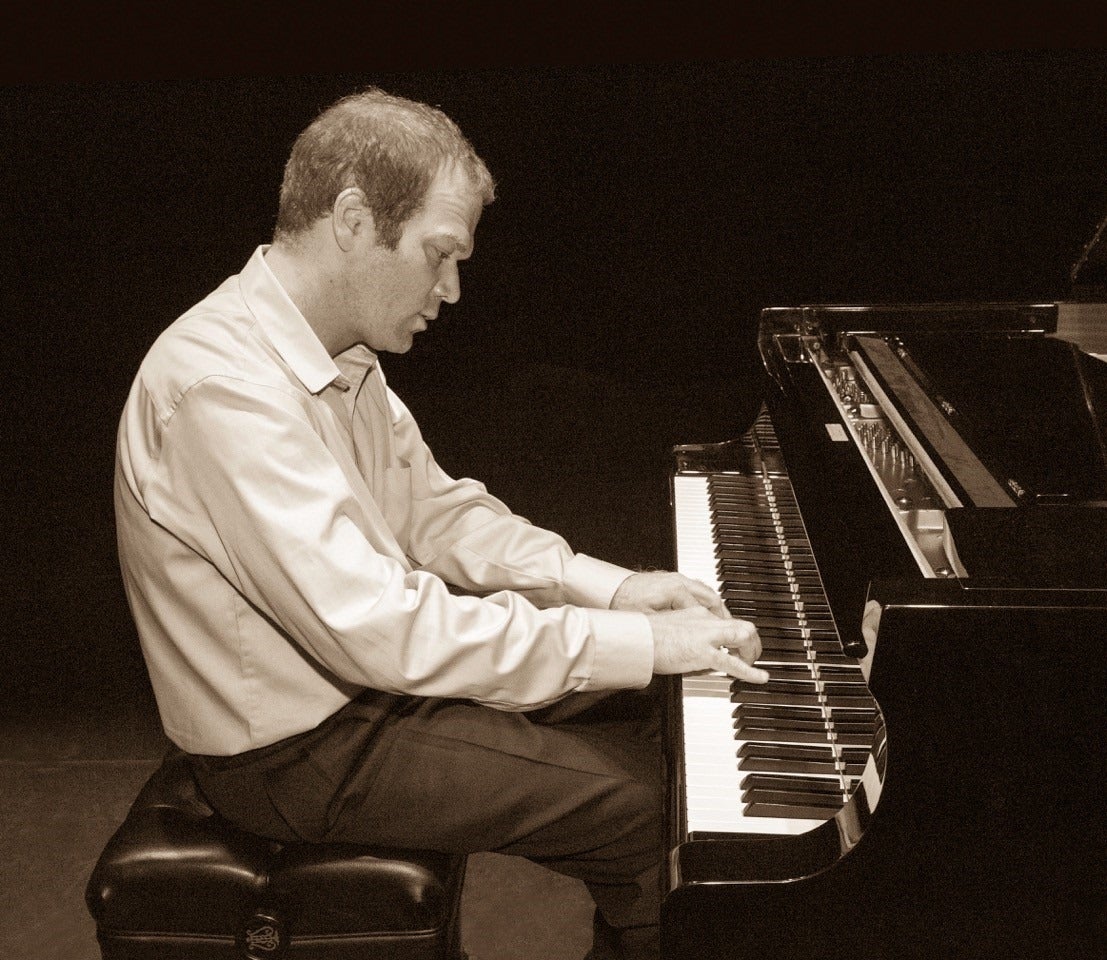 Award-winning pianist Andrei Baumann makes his triumphant return to the Crocker to perform two beloved works of 19th-century European classical music: Beethoven’s Piano Sonata No. 28 in A major, Op. 101; and Chopin’s Piano Sonata No. 3. Works of enormous technical challenge and emotive beauty, both offer a stunning musical counterpart to the Crocker’s collection of 19th-century European painting. Before the performance enjoy an in-depth, docent-led tour of select works from the Crocker’s permanent collection of 19th–century European painting, to help put the music in context with the art. 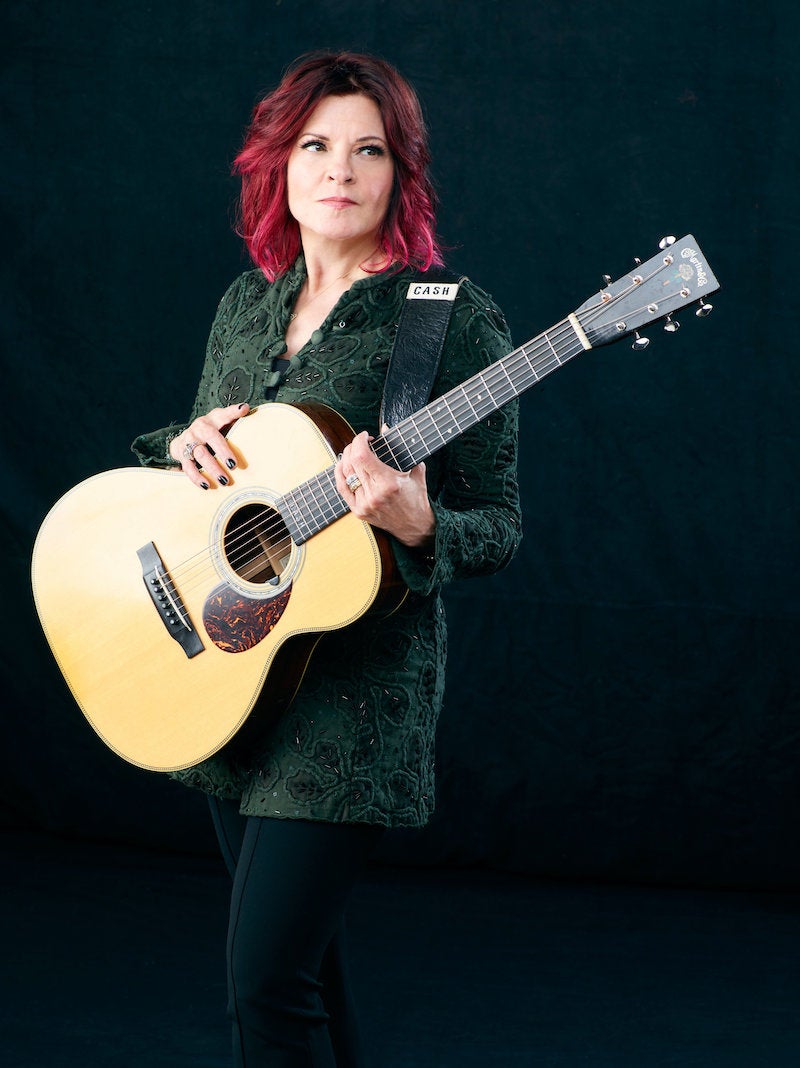 One of the country’s pre-eminent singer/songwriters, Rosanne Cash comes to Sacramento in support of her latest album, “She Remembers Everything,” which represents a return to personal songwriting in the wake of a deluge of survivor stories. Her latest work come on the heels of her previous album, the triple Grammy winning album “The River and the Thread,” a kaleidoscopic examination of the geographic, emotional, musical and historic landscape of the American South.

Cash has released 15 albums of extraordinary songs that have earned 4 Grammy Awards and 11 nominations, as well as 21 top 40 hits.  She is also an author whose four books include a best-selling memoir that the Chicago Tribune called “one of the best accounts of an American life you’ll likely ever read.” Her essays have appeared in The New York Times, Rolling Stone, the Oxford- American, the Nation and many more print and online publications.

Seven-time Grammy winner Carrie Underwood brings her new arena tour to the Golden 1 Center, joined by special guests Maddie & Tae and Runaway June. Following her successful “The Storyteller Tour – Stories in the Round,” the new production will feature a brand-new stage in the middle of the arena floor, creating a unique 360-degree setting to allow fans on all sides of the arena an intimate view of the concert. Billboard Magazine has recognized Underwood as Country Music’s reigning queen and Rolling Stone has called her “the female vocalist of her generation of any genre.” 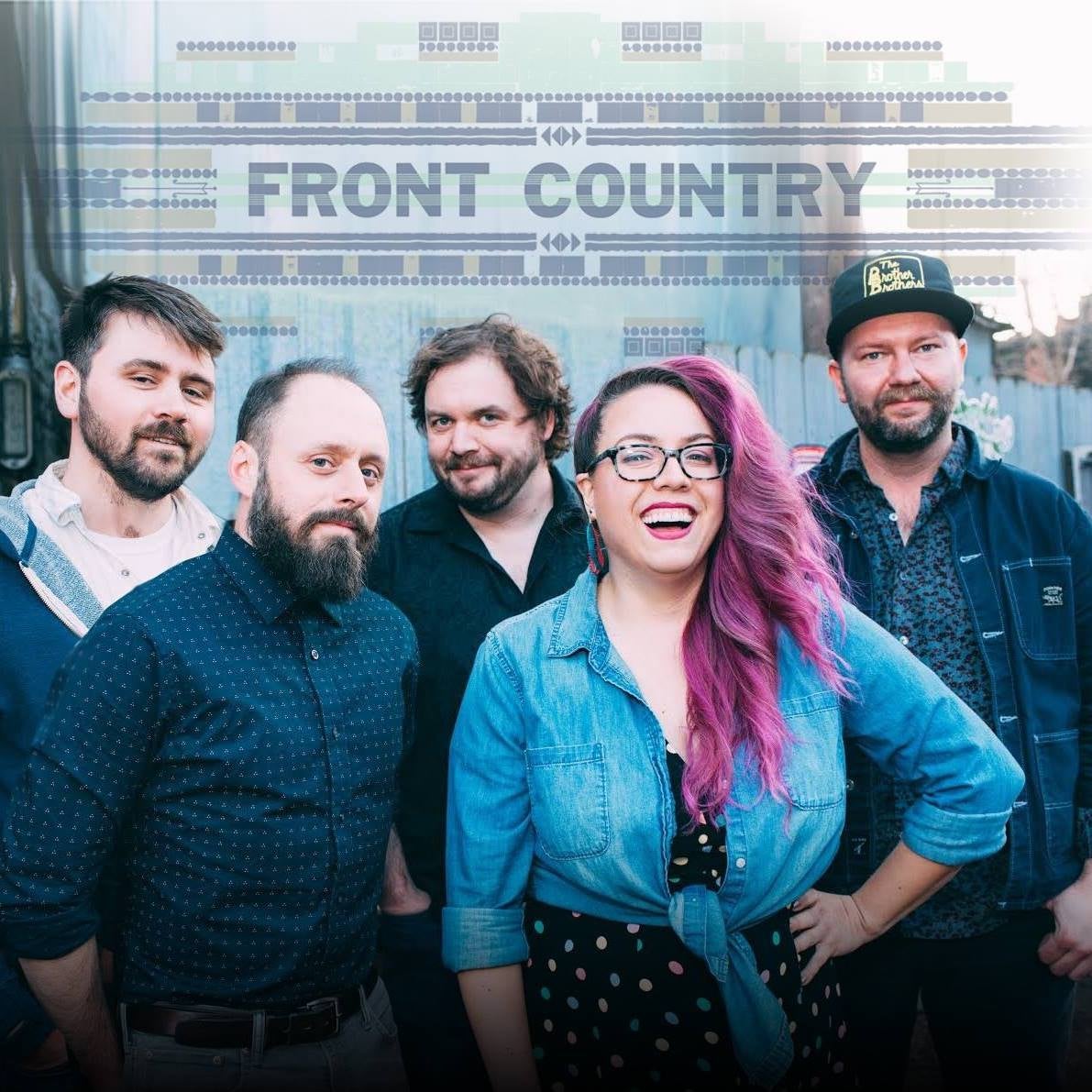 An acoustic band born in the land of tech innovation, Front Country was never going to be accepted as an authentic American roots band out of the gate. They learned to play roots music their own way with the tools they had on hand: a mandolinist with a degree in composition and classical guitar; a guitarist trained in rock and world music; a bassist equally versed in jazz and bluegrass; a violinist with technique that could seamlessly hop between honky tonk and electro-pop; and a female lead singer with grit and soul who was also a multi-instrumentalist and songwriter. In a wood-paneled country dive bar in the shadow of the San Francisco skyline, Front Country forged a sound hell bent on merging the musical past with the future. 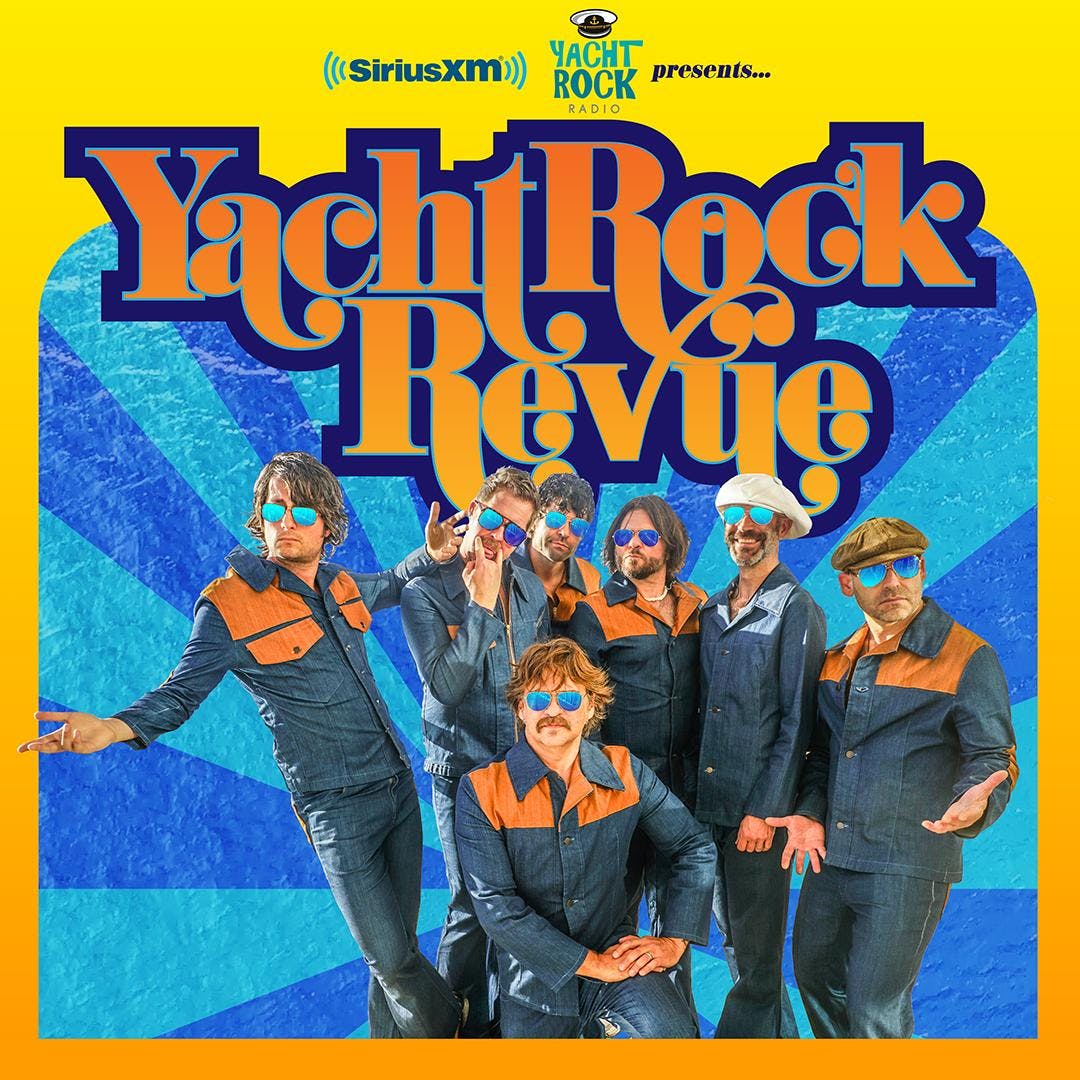 The band has championed the Yacht Rock genre since they started as a basement bar band back in 2007. Yacht Rock (a.k.a. the West Coast Sound or adult-oriented rock of the late ’70s and early ’80s) drew on smooth soul, smooth jazz, R&B, funk and disco. and was considered a fringe guilty pleasure by many.

“I thought they were kind of goofing on that music and that era,” said John Oates of the rock and soul duo, Hall & Oates. “But as it turns out, they’re actually really passionate about it and they do it very seriously. And they turned out to be great guys.”

Sajeeb Saha, known professionally as Jai Wolf, is a New York-based electronic music producer who combines unique sounds, indie, pop and hip hop elements with electric beats. He is best known for his singles, “Indian Summer”, “Like It’s Over”, and “Starlight.”  The recently released music video for his song “Losing My Mind” has been making waves online and is a must-see for its masterful storytelling, great songwriting and compelling special effects.

The Met in HD: Dialogues des Carmélites
Saturday, May 11
9am
Various Locations

Yannick Nézet-Séguin leads the classic John Dexter production of Poulenc’s devastating story of faith and martyrdom, a fictionalized version of the story of the Martyrs of Compiègne, Carmelite nuns who, in 1794 near the end of the Reign of Terror during the French Revolution, were guillotined in Paris for refusing to renounce their vocation.

Mezzo-soprano Isabel Leonard sings the touching role of Blanche and soprano Karita Mattila, a legend in her own time, returns to the Met as the Prioress.

Poulenc’s second opera, perhaps the most lauded modern French opera, is among a comparatively small number of post-Puccini works that has never lost its place in the international repertory. 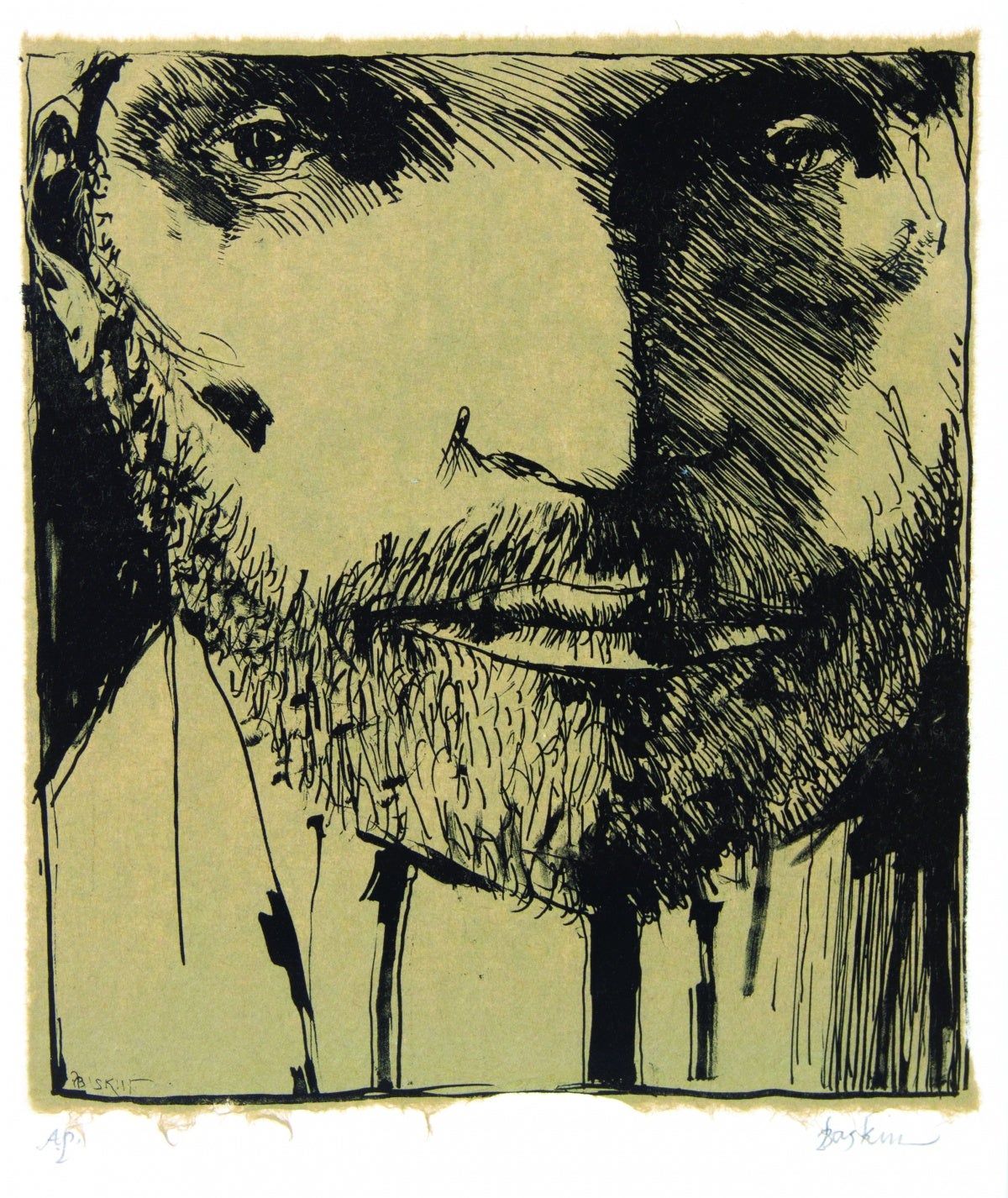 Sculptor, printmaker, and illustrator, Leonard Baskin (1922-2000) was well known for his spirited visual fantasy and storytelling. He also cast his eye on the modern world, with sometimes-biting commentary on the ills of society, woven into religious or mythological scenes. This exhibition focuses on his independent prints, many of them monumental, that examine his often cynical, often hopeful view of human nature. 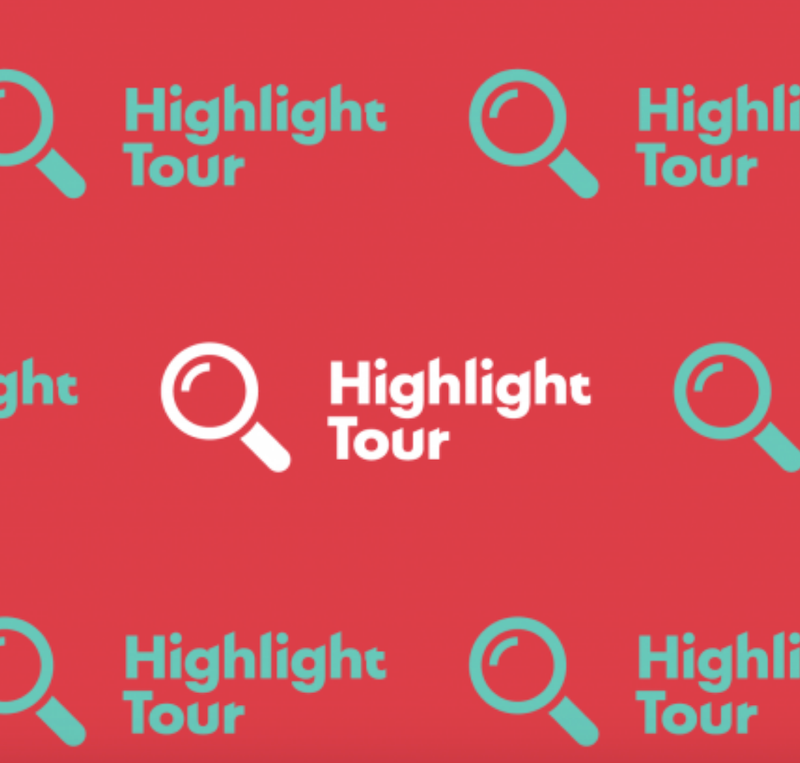 Discover the essence of the Crocker’s permanent collection in this introductory tour.1 hour tours, starting 11, 12, 1, 2, and 3pm. These Highlight Tours will take place on Saturdays and Sundays, at least through the summer.