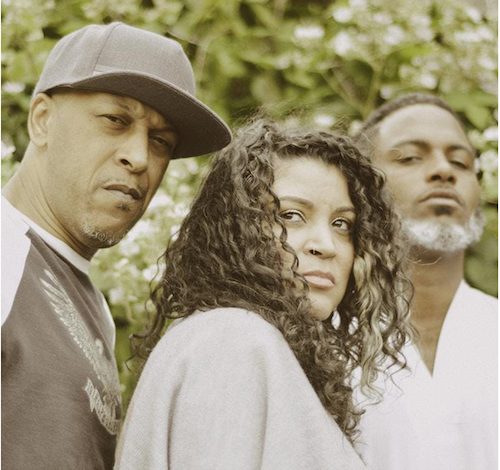 This Grammy award-winning hip-hop trio only lasted for two studio albums, but their artistic impact on the genre was profound. Their 1993 smash hit “Rebirth of Slick (Cool Like Dat)” put black bohemian hip-hop on the map. After their second album failed to repeat their initial commercial success, the group splintered and started working on separate projects. Following a quarter-century break, Ishmael “Butterfly” Butler, Mariana “Ladybug Mecca” Vieira, and Craig “Doodlebug” Irving reunited in 2016 and may start working on new material.

Presented by the Sacramento Blues Society, the second annual “Harmonica Slapdown” will feature four of the top, well-known harmonicists in the country: Mitch Kashmar, Aki Kumar, Gary Smith and Andy Santana (the Aztec Warrior). Using a WWF wrestling theme and serious blues harmonica playing as a competition for a mock World Championship, the show will be very interactive with a lot of audience participation. A world-class backup band features Rusty Zinn on guitar, Sid Morris on piano, June Core on drums and Vance Ellers on standup bass. 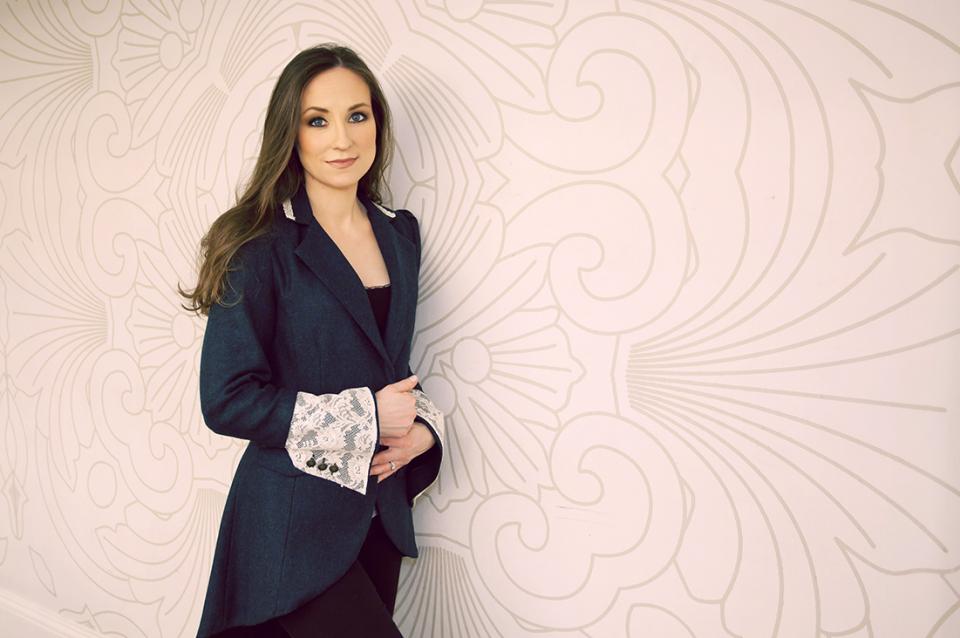 For an artist who will forever be known for “Touch the Sky,” the stirring theme song from the Disney/Pixar film Brave, Julie Fowlis is anything but a one-hit wonder.  Fowlis, a native of the Outer Hebrides, is one of the preeminent modern interpreters of traditional Gaelic songs and a deeply knowledgeable scholar of Highland and Gaelic culture.  Her latest album, alterum, is a continued exploration of those storied traditions and further evidence of her unique gift.  Following a sold-out run in the Vanderhoef Studio Theatre in 2015, the Mondavi Center is pleased to welcome her to Jackson Hall. 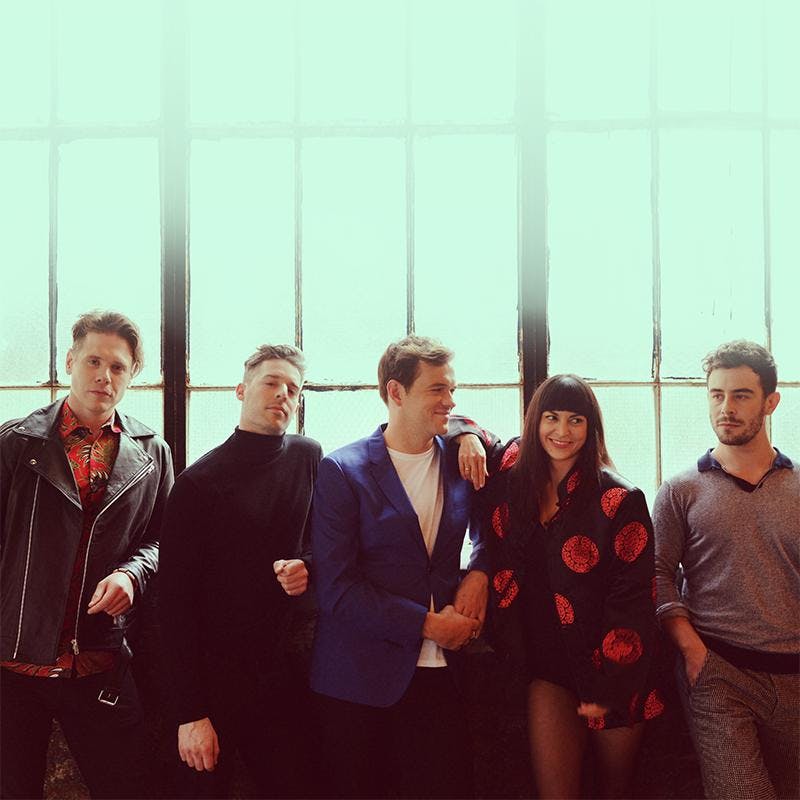 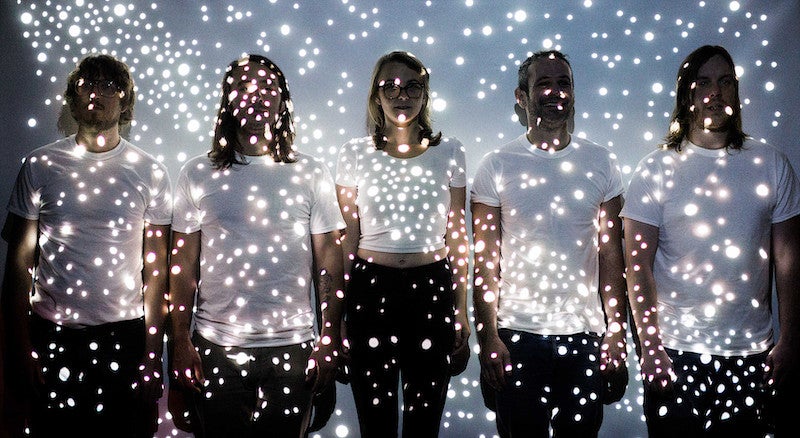 The Palms is excited to bring the up-and-coming Austin group The Deer back to the stage!  Winners of the 2018 award for Best Performing Folk Band, and runners-up for Best Austin Band at the Austin Music Awards, The Deer encompass the innovation of the modern indie-folk revival and the cross-pollination of Austin’s diverse music scene. Described as transcendental Texas folk and stargaze surf-western, The Deer creates psychotropic soundscapes and tranquil, vivid dream-pop. The Deer moves fluidly between genres; eliciting varied emotions through pure melodies, vivid imagery, and strong musicianship that creates their own brand of gothic Americana. The Deer have played Austin’s historic Moody Theater and the legendary Stubb’s, as well as festivals like Kerrville Folk Festival, Old Settler’s Music Festival, Utopiafest, and Oregon Country Fair. 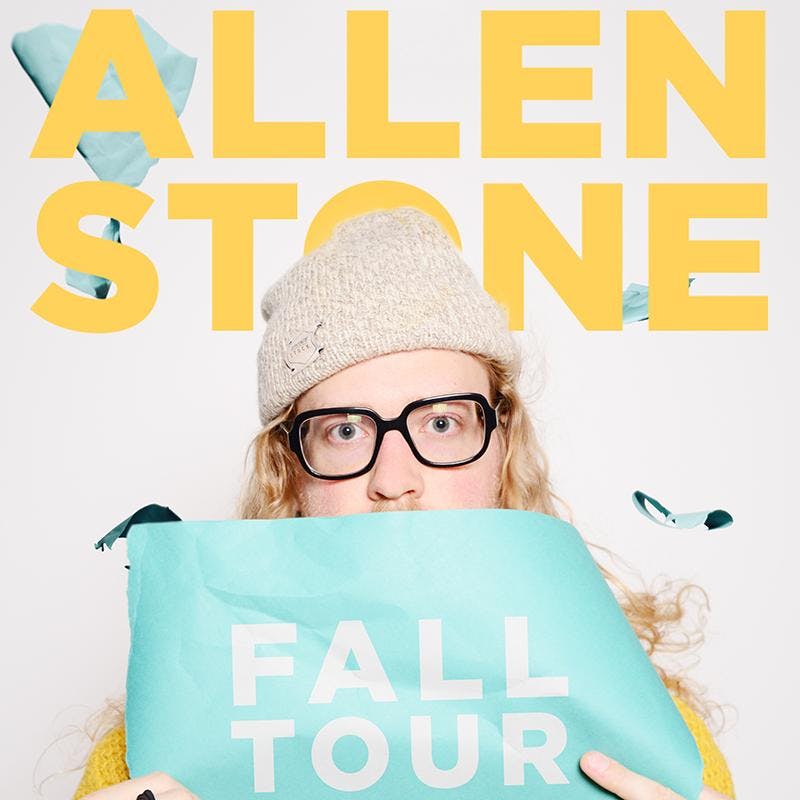 Soul and R&B singer and musician Allen Stone counts several heavyweights as his influences: Stevie Wonder, Marvin Gaye, The Meters, Aretha Franklin and Gladys Knight, to name a few.  And he brings them together flawlessly.  USA Today called him a "pitch-perfect powerhouse."  His eponymous album peaked at the number 2 spot on the R&B/Soul charts on iTunes and hit #9 and #35 on the Billboard Heatseekers and R&B/Hip Hop Album charts, respectively. 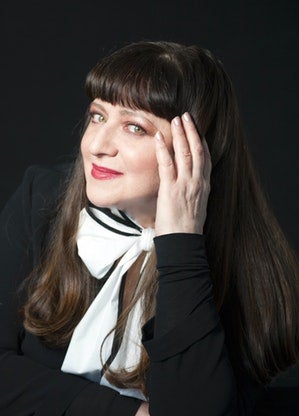 Basia is a unique world-jazz vocalist who has sold millions of records worldwide, scoring a number of adult contemporary hits, a Top 30 pop hit with “Time and Tide”and even a Number 1 dance hit since her solo emergence in 1987 following a hit-making stint with the group Matt Bianco.  "Butterflies," her first new studio album in nine years, delivers her inimitable, breezy fusion of jazz and Brazilian/Latin sounds topped with her beguiling vocals. 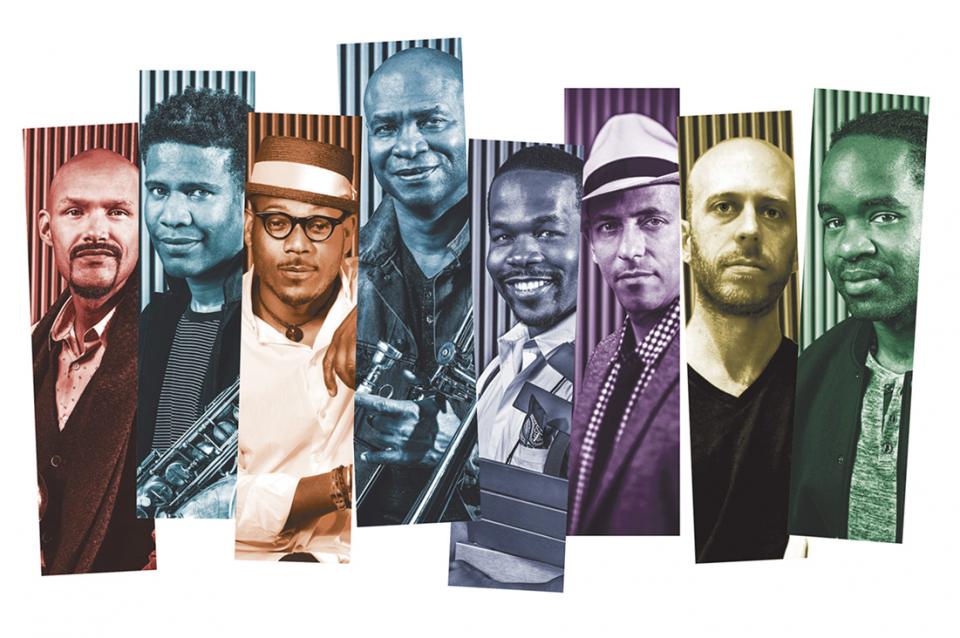 An all-star ensemble comprising eight of the finest performer/composers at work in jazz today, the SFJAZZ Collective’s mission each year is to perform fresh arrangements of works by a modern master—and newly commissioned pieces by each Collective member. The challenge this year? Picking only eight songs from the massive catalog of bossa nova master Antônio Carlos Jobim, which includes the smash hits “The Girl from Ipanema,” “Desafinado” and “Corcovado.”  Whatever the repertoire, one thing is certain: The SFJAZZ Collective packs intelligence, humor, virtuosity and emotion into every performance. 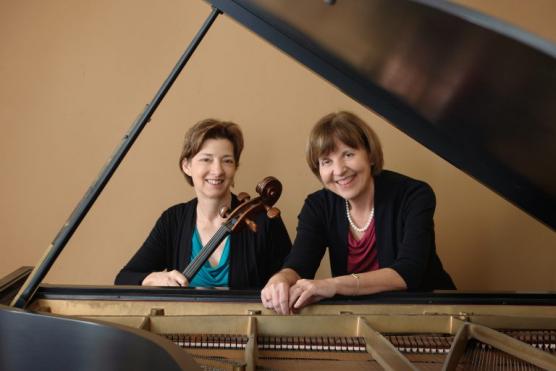 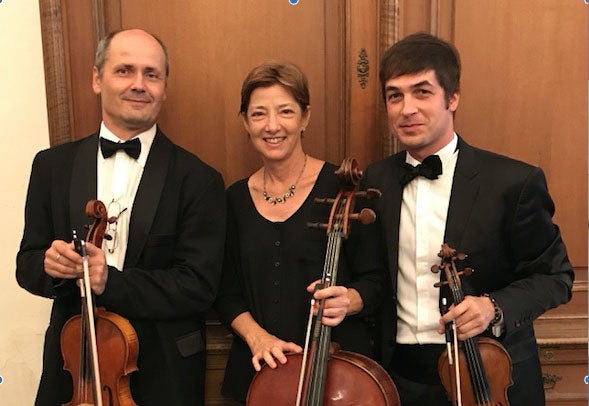 Susan Lamb Cook gathers together musicians from around the country to present exciting and engaging performances of some of the greatest chamber music ever written. The Great Composers Chamber Music Series includes violinist Ian Jessee, violist István Polónyi, pianist Gayle Blankenburg, and cellist Susan Lamb Cook. This event, “The Empire Strikes Back,” showcases music from the Austro-Hungarian Empire, including works by Beethoven, Dohnányi, and Brahms. 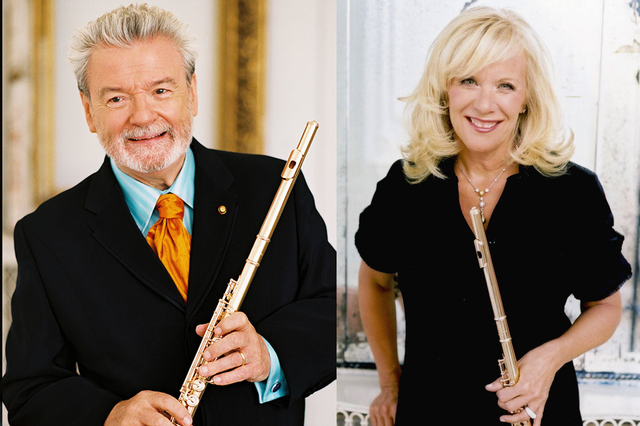 An accomplished flutist, Lady Jeanne Galway continues to grace the international platforms with her virtuosity. One of the leading flute soloists of the decade, Lady Galway brings to the audience her unique style and elegance. Globally renowned as the ultimate interpreter of the classical flute repertoire, Sir James Galway is a consummate performer whose appeal transcends musical boundaries. His uniquely expressive interpretations span an extensive range of genres, from classical masterworks to high-profile commissions. He has also collaborated on film soundtracks such as The Lord of the Rings and partnered with such popular artists as Stevie Wonder and Sir Elton John. The diversity of Galway’s repertoire reflects his impressive musical range and has served to establish him as an artist of the very highest stature. 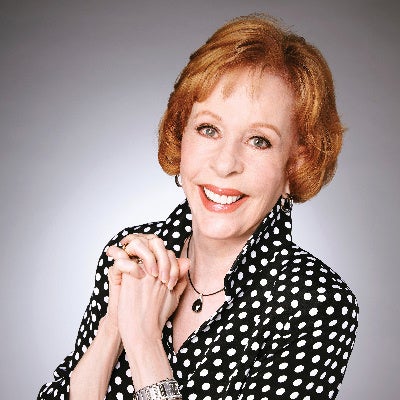 Carol Burnett, award-winning actress and best-selling author, is widely recognized by the public and her peers for her work on stage and screen, most notably The Carol Burnett Show. Named in 2007 by TIME magazine as one of “100 Best Television Shows of All Time,” The Carol Burnett Show ran for 11 years, averaged 30 million viewers per week, and received 25 Emmy Awards, making it one of the most honored shows in television history. But it is Ms. Burnett’s artistic brilliance, her respect and appreciation of her fans, and her graciousness, integrity, warmth, and humor on and off screen that have made her one of the most beloved performers in entertainment and one of the most admired women in America. During An Evening of Laughter and Reflection, Burnett will take questions from the audience, show video clips from her shows in a format that harkens back to the legendary openings of The Carol Burnett Show where her studio audience had an unfiltered opportunity to engage Carol with questions and receive spontaneous answers. “I love the spontaneity of these evenings,” said Carol. “I never know what anyone is going to ask, or say, or do, so it keeps me on my toes!”

The eighth annual Sacramento Comedy Festival will be held at Sacramento Comedy Spot. This event features improv groups, stand-up comedians, and sketch comedy groups from Sacramento and around the country. It’s also an opportunity for comedians to network with each other and perform in one of the best comedy cities in the United States.

BENT is the new name of what used to be called the Sacramento International Gay and Lesbian Film Festival (SIGLFF).  While the name has changed, the festival's mission, to bring the region the best LGBTQ films, has not.  This year's festival showcases six feature-length films and 18 shorts.  Highlights include the festival's opening and closing night films, "1985" and "50 Years of Fabulous."

"1985" follows a young closeted gay man named Adrian (played by Gotham's Corey Michael Smith), who returns to his Texas hometown and religious parents for Christmas during the first wave of the AIDS crisis. The film has been hailed as a reinvention of the AIDS film with moving results.

"50 Years of Fabulous" recounts the rich history of the Imperial Council, the oldest LGBTQ charity organization in the world, which was founded in San Francisco by renown activist, drag queen and performer Jose Sarria.  The documentary examines how the Imperial Council is now struggling to remain viable and relevant in today’s fast-changing culture.