This blog summarizes and highlights an initial policy brief by M. Anne Visser, associate professor of Community and Regional Development at the University of California, Davis, and Sheryl-Ann Simpson, assistant professor of Geography and Environmental Studies at Carleton University. Read the full brief at the UC Davis Center for Poverty & Inequality website here. Access the full study here.

In a new policy brief, researchers explore the social, economic and political factors that influence immigration policymaking at the local level. They find that sociopolitical factors may be more influential in driving county-level policy decisions than the real impact of migrants on local socioeconomic conditions.

Though immigration policymaking has traditionally occurred at the federal level, it is increasingly prevalent at sub-national levels, too. In a recent study, the authors examined the adoption of these policies at the county level in the United States. 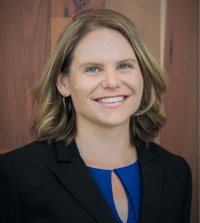 “Specifically, we considered the implementation of migrant labor market regularizations (LRs) between 2004 and 2014,” the authors said in their policy paper.

LRs affect aspects of migrant workers’ status in labor markets and include laws and ordinances related to anti-solicitation, language access, local enforcement of federal immigration law, and employment verification. They analyzed data from over 5,000 LR policies across 2,959 counties to explore the social, economic and political factors that influenced their adoption.

“We found that local poverty rates, the racialization of immigration discourse linked to the presence of large Latino populations, and policy behaviors at the municipal and state government levels were all influential.”

Researchers found a sharp increase in the adoption of LRs at the county level between 2008 and 2012, followed by a sharp decrease. The initial increase may be due to the adoption of policies related to implementing the Secure Communities program by the federal government. It could also be likely that county governments became active to mediate instances in which municipalities were seeking to enhance or counter state policies enacted at the time.

Researchers concluded that county governments were particularly active in implementing LRs, with population demographics, economic characteristics and policy-diffusion processes all proving influential. Geographic location and policy activity of municipal and state governments were also important factors. Most notable, however, was over time, the adoption of LR policies at the county level was strongly related to large Latino populations.

This suggests a distinct racialization of LR policies and may indicate that social factors and sociopolitical discourse at the county level are perhaps more important than economic factors in influencing the passage of LRs at the local level.

This has enormous implications for policy debates and discussions related to the geography of immigration regularization, migrant socioeconomic integration and socioeconomic stratification in the United States.