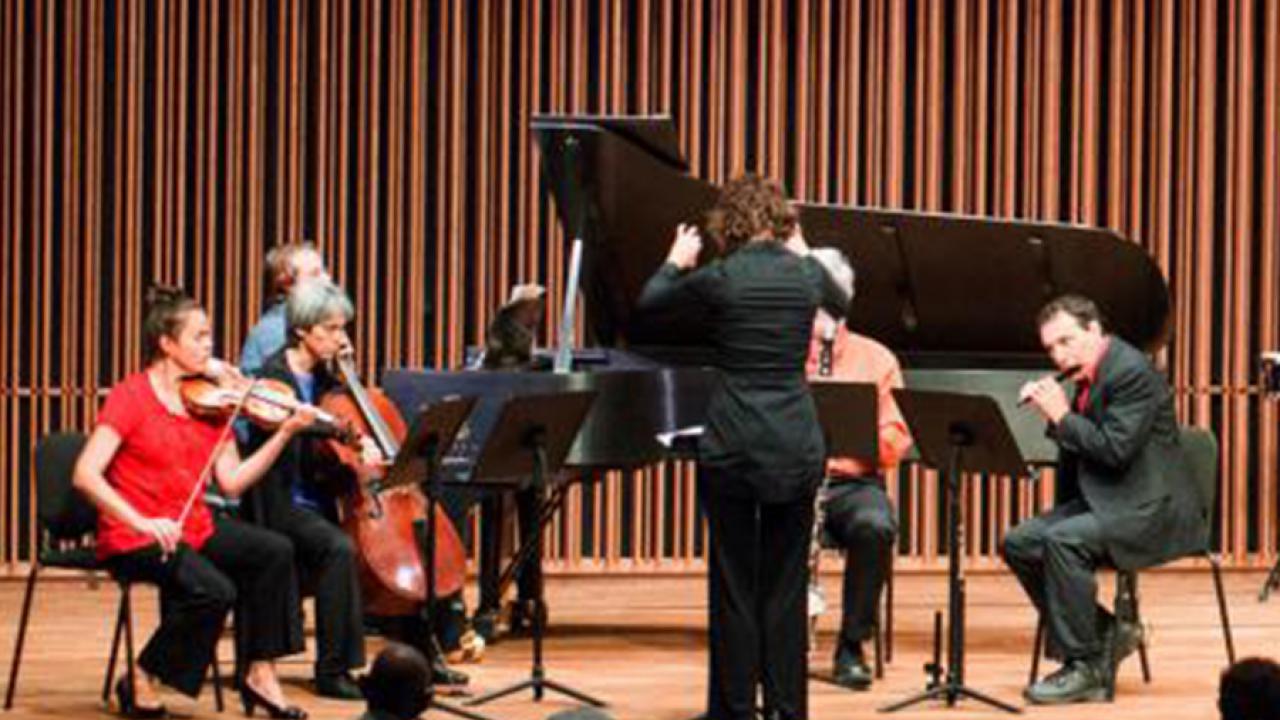 The Weekender is a regular feature of the UC Davis Arts Blog appearing each Thursday — when weekends really need to begin. The column features stuff to do on and around the UC Davis campus this weekend.

A free screening of the movie, “Tangerine” happens Thursday, May 17, 4-7 p.m. at the Student Community Center. The movie features, according to the community center calendar item, two black trans women whose real lives are similar to what the film presented, so you could say that this fictional story is rooted in a real life narrative of black trans* women in L.A. The participants will learn about the intersectionality of a low-income black trans* woman identity as well as the context of survival sex work. This event follows “Out on the Quad,” noon – 2 p.m. Thursday on the UC Davis quad. (Many readers of this blog will have already missed that because of deadline constraints in publishing the Arts Blog.)

In the city of Davis, they are painting the town in rainbows to celebrate Davis Pride, and to welcome more than 1,500 people for the fourth annual fun run and festival on Sunday, May 20.

Davis Pride volunteers painted two crosswalks on Mother's Day with rainbow colors, leading pedestrians to Davis’ Central Park, the event’s venue. On Friday morning, they will use temporary chalk paint to stripe nine more crosswalks. The free festival, from 10 a.m. to 4 p.m., will fill the park with music, food and support for the LGBTQ+ community.

VIP tickets are available for those who wish backstage access ($20) or an organized meet-and-greet with the entertainers ($30). Visit here for details.

Sunday starts with the Run/Walk for Equality at 8 a.m., with race-day registration opening at 7 a.m. near the park’s covered pavilion along C Street. Participants can walk or run a 5K or 10K course through Davis’ greenbelts to support the Davis Phoenix Coalition’s education and advocacy programs. There’s also a 1K for $22 and a children’s Rainbow Dash for $5.

Davis Pride is produced by Davis Phoenix Coalition, a nonprofit that works to foster diversity, end intolerance, prevent hate-motivated violence and support LGBTQ+ youths. The coalition was founded in the aftermath of the 2013 anti-gay attack on Davis resident “Mikey” Partida. Proceeds from Davis Pride support the coalition’s anti-bullying campaigns, and outreach with area police departments, churches and schools.

As the student recital season enters full swing, free concerts at the Ann E. Pitzer Center on the UC Davis campus abound. But one of the frustrations of running this blog post on Thursday afternoon, is that we can't promote the Shinkoskey noon concerts, which are generally every Thursday at noon and are free.

But, if you missed today's concert, as I did, you can catch Professor Kurt Rohde's Farewell Tour here. You can listen to it at your desk while doing light work, or at your leisure.

Pre-concert talk with the composers at 2:15pm, Concert at 3 p.m.

Tickets are available here and range from $10 to $20 each.

And read this review in San Francisco Classical Voice on this performance featuring UC Davis faculty and doctoral students. You can see and listen to it here: Brooklyn Art Song Society: Graduate Student Works (May 10, 2018)