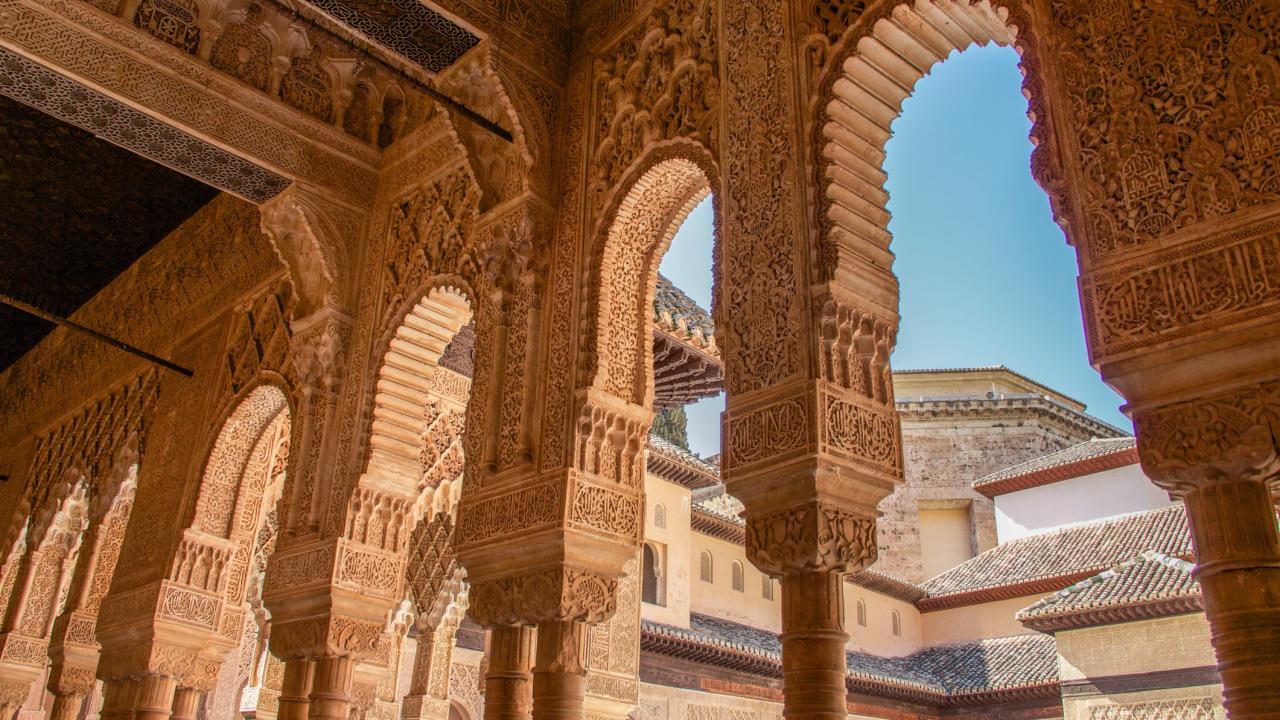 As a consolation for lack of in-person travel, this summer the Arts Blog will take you on a global tour of museums, monuments, and other locales from the comfort of your own home. This week’s stop: Spain.

The Alhambra: A Moorish palace and fortress to tour

Start off your tour of Spain with some history. The Alhambra, located in Granada, is a Moorish palace and fortress originally built in the 13th and 14th centuries. Today, it exemplifies both Moorish and Spanish influence. After the 17th century expulsion of the Moors, the Catholic rulers partially remodeled the Alhambra in Renaissance style. Read more about the history of the Alhambra here.

This large Catholic architectural masterpiece has been under construction in Barcelona since its inception in 1882. Its principal architect, Antoni Gaudí, is even buried in a tomb inside. The temple is slated to be completed in 2026. But for now, you can enjoy the Sagrada Familia in the peace of your own home, without any construction noise or hubbub.

The Guggenheim Museum — the treasure of Bilbao

Ready to see some more modern sights? One of several Guggenheim museums worldwide, this location in Bilbao offers both modern and contemporary art.  The museum building itself, designed by Canadian American architect Frank Gehry and completed in the 1990s, was part of a redevelopment project of the city. On the banks of the Nervion River, it has become the Basque city's landmark, drawing 20 million visitors to what was once a decrepit city. Its mirror-like modern design is similar to a later building by Gehry, Walt Disney Concert Hall in Los Angeles, which is a performing arts center.

This museum, located in Madrid, displays artworks dating all the way from the 13th century to the late 20th century. Through these pieces, visitors can chart various western artistic movements, from the renaissance to avant-garde.

What trip to Spain would be complete without a visit to the Prado museum? This world famous art museum is located in Spain’s capital city Madrid. You can take a virtual visit or visita virtual of the Prado from anywhere in the world.

Itching for more virtual travel? Stay tuned to the Arts Blog for tours in more countries around the world. In the meantime, check out our previous trips to Europe. Visit Italy here , France here, and England here.