The film, starring Gene Kelly as a dashing leading man in Hollywood’s golden age, is considered “The Greatest Movie Musical of All Time.” But have you ever seen it live? With glorious dance sequences, riotous comedy routines and unforgettable songs – including “Make ‘Em Laugh,” “Good Morning” and the show-stopping title song – you don’t want to miss this classic. Broadway At Music Circus premiere.

One of your B Street favorites returns to Capitol Avenue! The Ladies Foursome follows four women as they navigate the ups and downs of life on the links. During this outrageous round of golf the women discuss life, love, men, sex, and careers. Golf lovers, don’t miss this heartwarming comedy!

Experience a wealth of brilliant excerpts from George Balanchine in the new intimate setting of the Sofia theater.

Talented young dancers open with the classic ballet telling a whimsical tale set in an enchanted toy shop in 19th century France, bringing the stage to life with strength, grace and humor. Next, venture Into the Woods for a multi-genre dance experience, a witty and wildly theatrical re-invention of the story as you've never seen it before!

Celebrate the 10-Year Anniversary of MALKO PERFORMING ARTS ACADEMY with a special performance from celebrities of “Dancing With The Stars” and a variety of local dance studios who will showcase their best dancers of all age groups in numerous styles of solo, group and partner dances! This event will feature "Dancing with the Stars" performers Anna Trebunskaya and Dmitry Chaplin; Blackpool Finalists Evgeny Malko and Anna Shahbazyan performing American Smooth; and Blackpool Finalists Roman Italyankin and Alexandra Bokova performing International Latin.

The Davis Music Festival provides music fans an experience of discovery as it hosts 40 bands over 3 days, in multiple venues all over downtown Davis.

The varied lineup avoids divisive categories based on genre, promoting musical exploration. But, for those who like lists, the Fest will feature traditional rock, psych pop, unsigned indie discoveries, folk music, funk, bluegrass, and more. Over 40 separate acts will spread across 7 venues over three days: a family-friendly but raging Friday evening kickoff at Sudwerk Dock Store, Saturday’s multitude of sets at Armadillo Music, Sophia’s Thai Bar, Odd Fellows Lodge, and expanded outdoor stages at the Pence Gallery, with extended sets on Sunday at Delta of Venus, and Woodstock’s, perfect for those who can’t bear to let the music go.

This annual fundraiser for the Davis School Arts Foundation is put on by the Davis Live Music Collective, a local nonprofit supported by an army of volunteers, and several prominent business and private sponsorships.

Alternative rock band Blue October, originally from Houston, Texas, is best known for their platinum singles "Hate Me" and "Into the Ocean" from their 2006 platinum album "Foiled."

Justin Townes Earle, considered a forefather of Contemporary Americana, is on tour in support of his seventh album, “Kids in the Street.”

The Australian roots/rock band has upped their number to five (hence the +).  Their current tour is in support of their upcoming studio album, due for release this fall.

At this performance, pianist and composer Dave Bass focuses on the pure Afro-Cuban tradition and has assembled a powerful ensemble as well-suited for listening as for dancing on the Masonic Temple’s spacious dance floor. 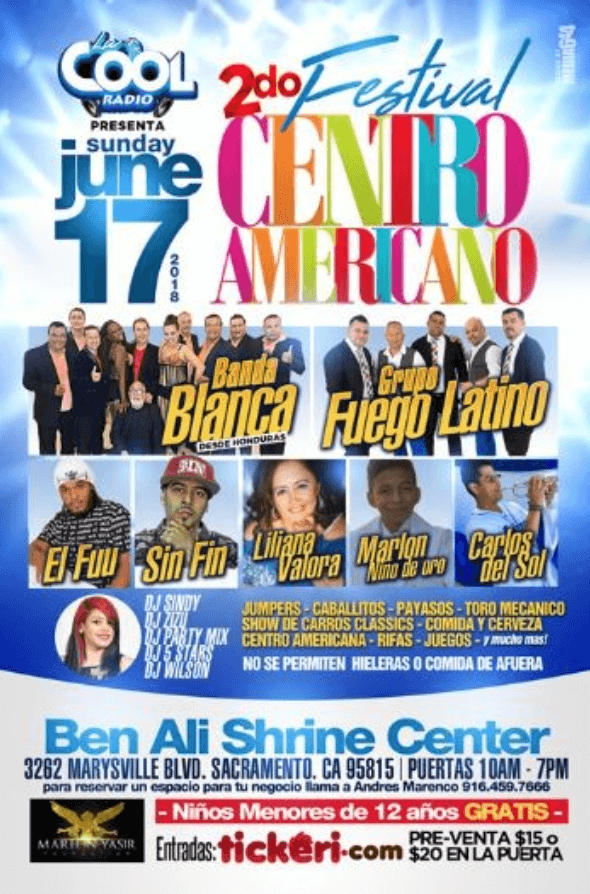 Join the 2nd Central American Festival! Live music by Banda Blanca, Fuego Latino, from Miami El Fuu and guest artists. There will also be food, raffles, games and entertainment for the entire family. 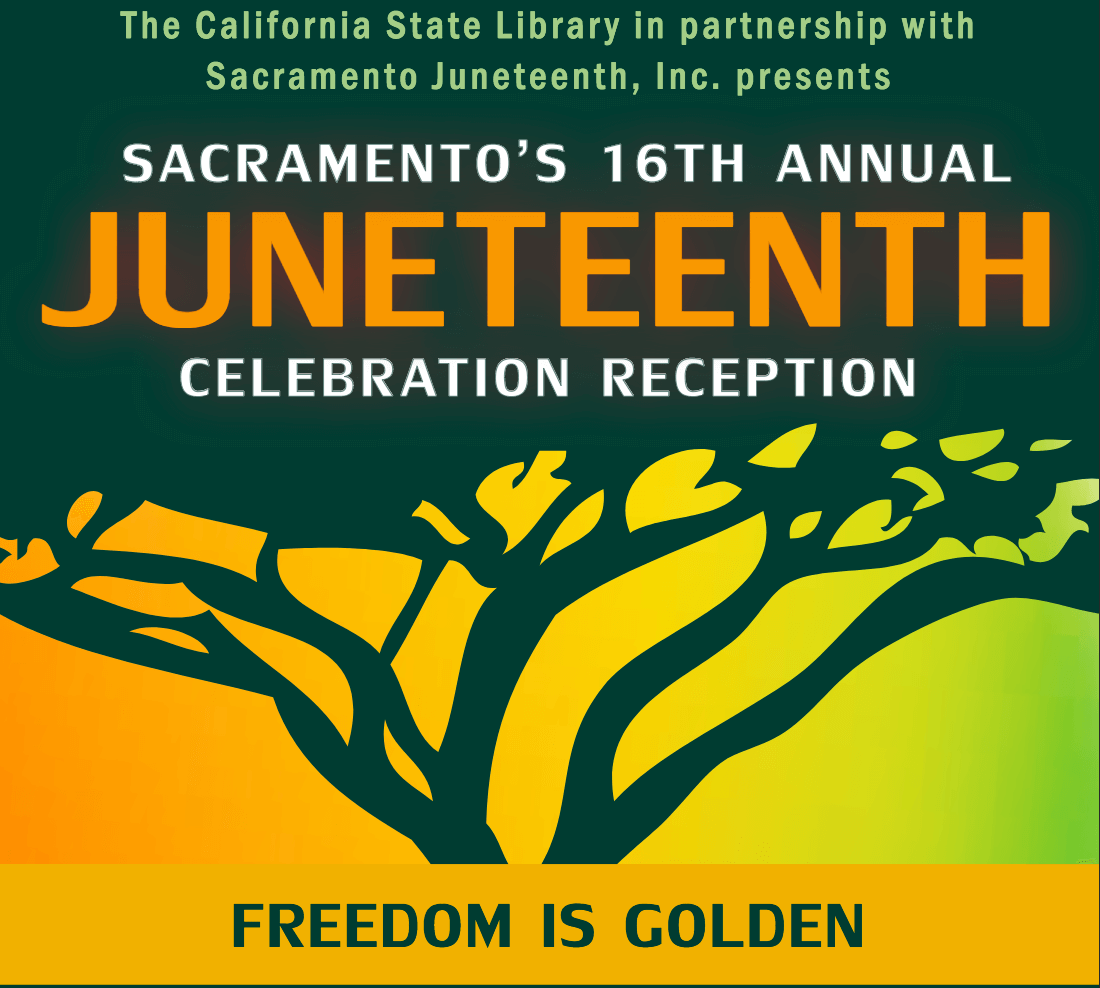 Sacramento's annual celebration reception commemorates the date when Union Soldiers led by Major General Gordon Granger rode into Galveston, Texas and proclaimed that the Civil War had ended and slavery was abolished. On June 19, 1865, the residents of Galveston were the last ones to be informed of the Emancipation Proclamation, two-and-a -half years after it was signed.

The event is free with RSVP.

The Crocker has installed an exhibition of recent acquisitions and promised gifts of art by African American artists.

The title takes its name from the poem "Still I Rise" by acclaimed poet and civil rights activist Maya Angelou. As in Angelou’s poem, they honor the strength and resiliency of African Americans, elevating their voices and highlighting their contributions to art and the Museum’s growing collection.

Hospitality entails responding to the call at the door and opening up one’s home to a guest who will either accept or refuse the invitation to come in and enter.  Absolute, pure, or unconditional hospitality, however, entails inviting anyone, including an unexpected guest or stranger, into one’s home, and on a larger scale, opening the gates to cross national borders for everyone, challenging the host’s identity, and creating a high-risk or precarious situation.

Curated by Susette Min, Associate Professor of Asian American Studies, this exhibition explores the double-edged nature of hospitality – the desires and fears of enacting and receiving the act of hospitality. Featured artists include Andrea Bowers, Daniel Martinez, Dan Perjovschi, Kameelah Jana Rasheed, and Jin-me Yoon. Co-sponsored by the Mellon Initiative in Comparative Border Studies at UC Davis and the Manetti Shrem Museum.

At the heart of the C.N. Gorman Museum Collections are the works on paper. Through the generosity of the artists, the museum has been honored to serve as a repository for several large Native American print portfolios, as well as gifts by individual artists and collectors. 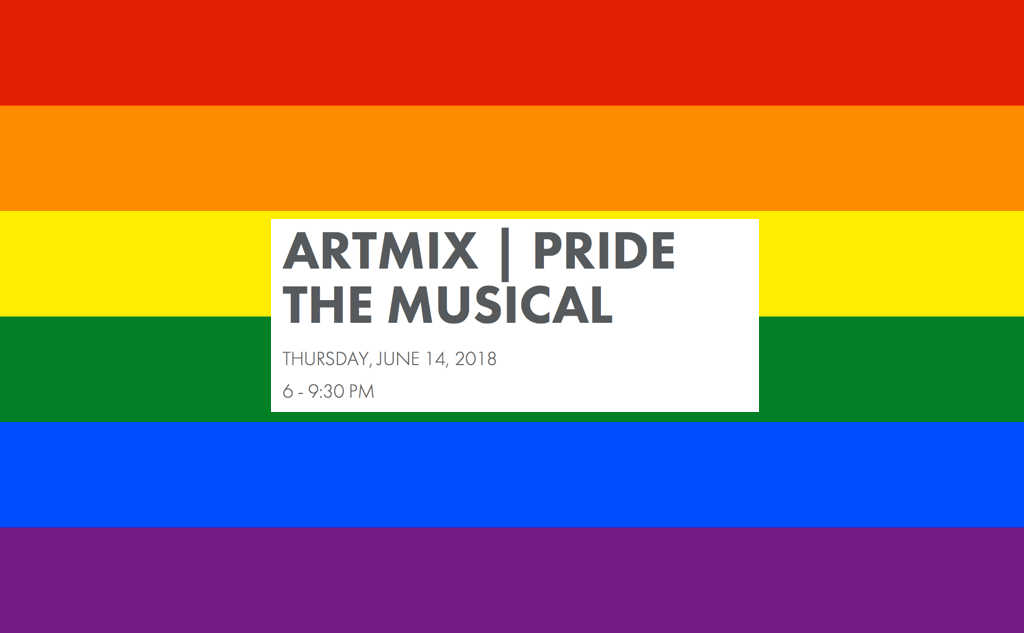 "All the world’s a stage, and all the men and women merely players.” Take a journey through LGBTQ history with Britney Spares and friends as we remember why we celebrate Pride. Enjoy acts by Green Valley Theatre Company, the Underground Theatre Company, and more during this evening of drama and drag, singing and mingling, mocktails and cocktails, big stories and little lies!

ArtMix is for guests 21+ 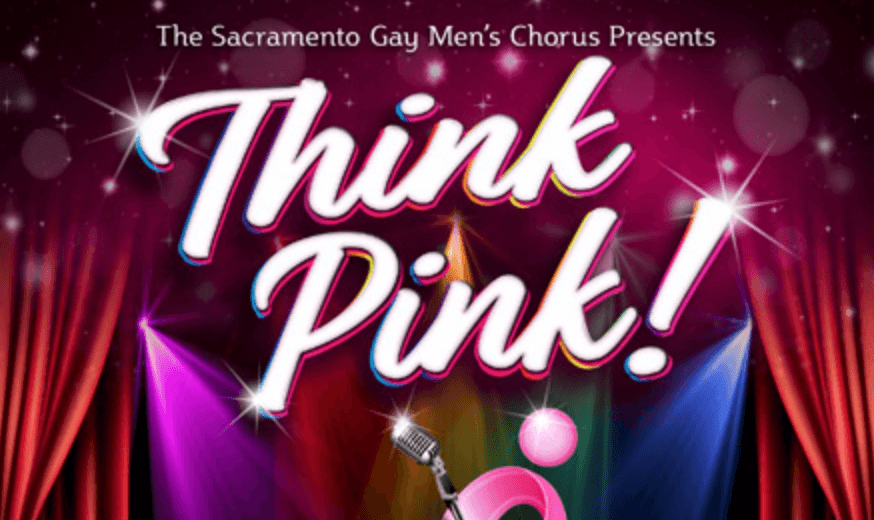 The Sacramento Gay Men’s Chorus takes to the concert stage to harmonize with the mission and goals of the Susan G. Komen Breast Cancer Foundation.

The two strong hearts of SGMC and the Susan G. Komen Foundation will embark on a musical journey wrapping a harmonious voice around the tenacious human spirit as it converges with seemingly insurmountable odds; offering hope, compassion and greater awareness to the real-life experiences one faces in the midst of battling cancer.

It is their intention to offer support for those undergoing treatment, to uplift the lives of those who have succumbed to the disease and to joyfully celebrate the victories of those who are now cancer free. THINK PINK! will become a larger than life soundtrack reflecting upon life’s poignant moments where our humanity is exposed; bringing greater harmony to our fears and joyously celebrating one’s greatest triumphs.