Jessica Segall is a visual artist whose work is often sited in hostile and threatened landscapes. She has exhibited internationally and attended residencies at MacDowell and Skowhegan. She received her M.F.A. from Columbia University and B.A. from Bard College. She is the teaching artist in residence in The California Studio: Manetti Shrem Artist Residencies.

Organized by The California Studio in the Department of Art and Art History. Co-sponsored by the Manetti Shrem Museum.

Manetti Shrem — A Trio of Exhibits

The first public standalone exhibition curated from the renowned Lumpkin-Boccuzzi Family Collection explores the history and meaning of Blackness and is organized around four themes: dramatic use of color, reclamation of the color black, materiality (nontraditional materials) and an expanded idea of portraiture. Read more about this exhibition here.

First-generation art faculty member and UC Davis Professor Emeritus Roy De Forest (1930-2007) is beloved for his colorful narrative figurative paintings, drawings and prints. Printmaking offered De Forest a means to explore his visual vocabulary — to experiment with the colors, textures and mark-making unique to the medium.

Hollowell, a rising star in the art world, grew up in Woodland, California, and is the daughter of longtime UC Davis Professor Emeritus David Hollowell. Known primarily for paintings and drawings that map the body through both figuration and abstraction, New York-based artist Loie Hollowell draws from her own life experiences in her work. 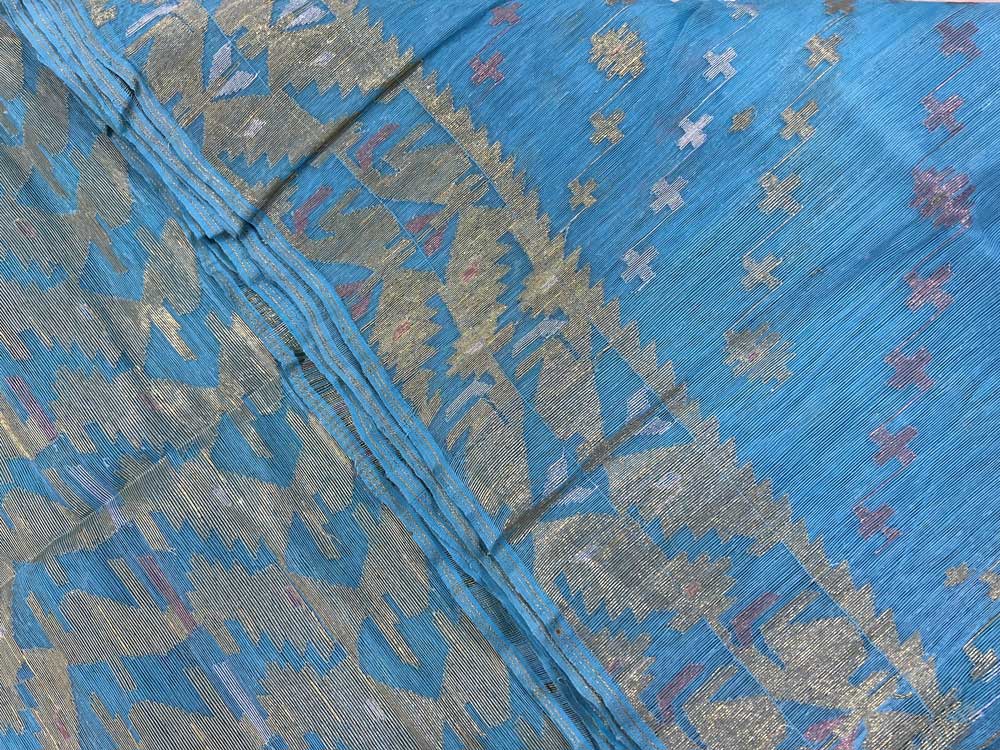 An example of the woven cloth being exhibited at UC Davis Design Exhibit. (Courtesy photo)

This exhibition features fine-count Jamdani, the ornate textile that has experienced a revival in Bangladesh.

Join TANA for an exciting musical evening with Aztlan Underground, a longstanding influential band from Los Ángeles that combines Hip-Hop, Punk Rock, Jazz, and electronic music with Chicano and Native American themes, and indigenous instrumentation. The evening will begin with a blessing & danza led by Calpulli Tlayolotl.

Harold in Italy was brought about by a commission by the famous 19th century violinist Nicolo Paganini in 1834. Berlioz was commissioned by Paganini not for a violin concerto but for a work that would feature Paganini and his new Stradivarius viola. Paganini thought the viola solo was too simplistic when he saw the score and declined to give the premiere. But when he heard it performed (albeit four years later) he was so pleased he paid Berlioz 20,000 francs anyway.

The title suggests a sort of tour of Italy, as well as the 19th-century poem by Lord Byron, “Childe Harold's Pilgrimage.” The Harold in Byron’s poem gazes upon the city of Venice standing against the forces of nature, while the Harold in Berlioz’s symphony travels the mountainous Abruzzo region of central Italy, as Berlioz himself once did. Scholars agree the music is more autobiographical than an illustration of the Byron Poem.

The listener should keep in mind the character of Harold is the viola solo, and in the first movement, Harold in the Mountains, Harold is wandering through the grandeur of the Abruzzi mountains outside of Rome. In the second Harold witnesses a March of the Pilgrims, which shows off Berlioz’s ability to create an image of an orchestral procession coming toward and then away from the listener without ever moving; be sure to listen closely to the harp, which indicates a distant ringing of the bell at the monastery. The third movement is a Serenade between two lovers, and no doubt Harold had his new wife, Harriet, in mind. Of the fourth and final movement—Orgy of the Brigands—all of the themes collide in, well, a diabolical march. The historian Jacques Barzun astutely observed: “The brigand of Berlioz's time is the avenger of social injustice, the rebel against the City, who resorts to nature for healing the wounds of social man.”

Wendy Richman has been celebrated internationally for her compelling sound and imaginative interpretations in a wide range of genres. Her debut solo album, vox/viola (New Focus Recordings, 2020), features nine commissioned works for singing violist by leading contemporary composers. She is a founding member of the International Contemporary Ensemble, with whom she performs regularly in New York City and around the world, and she has performed regularly with Orpheus Chamber Orchestra and the period instrument ensemble Tesserae. Dr. Richman is a faculty member at both UCLA and California State University-Northridge (CSUN), where she teaches a variety of academic music courses and applied viola, and she is a sought-after clinician at universities and conservatories across the country.

Musical performances coming up at Mondavi this week

A legendary and powerful voice in Mexican music for more than 40 years, Aida Cuevas is truly the “The Queen of Mariachi.” Cuevas, the first female mariachi singer to win a Grammy, is beloved for her unswerving devotion to traditional mariachi music and for her mastery of its demanding vocal forms. This rousing celebratory concert will feature beloved hits like “El Pastor” and “Mexico en la piel” as well as her greatest hits “Te Doy Las Gracias” and “Quizás Mañana”. 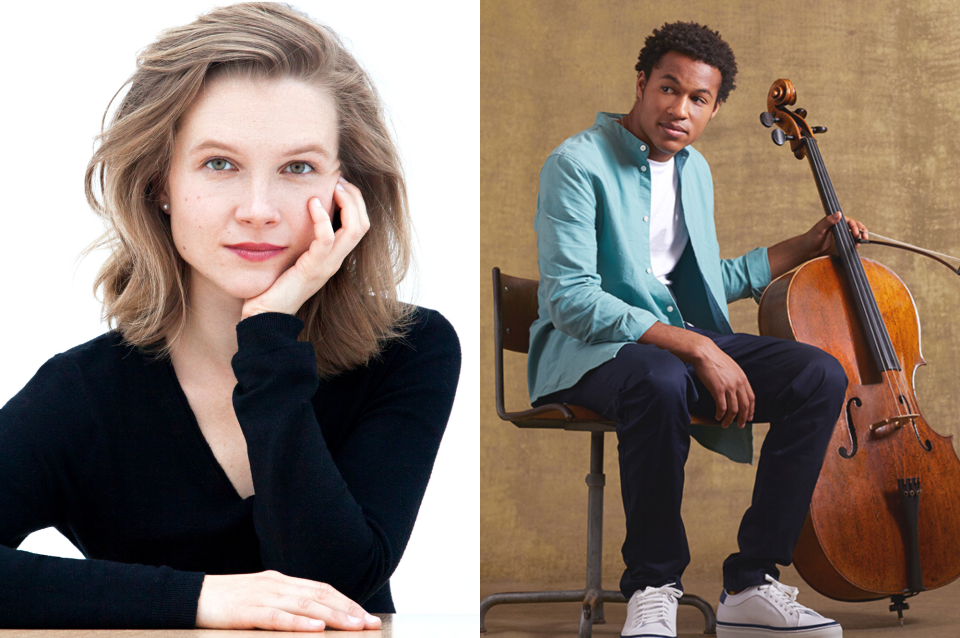 One of the world’s great orchestras led by celebrated conductor Mirga Gražinytė-Tyla in a program of enduring favorites and new discoveries. From the churning impressionism of Debussy’s La Mer to soloist Sheku Kanneh-Mason, a rising star from England, shining on the Elgar Cello Concerto, this will be an evening of unforgettable music-making.

The CBSO is grateful to Mr John Osborn for his exceptional generosity in making the tour possible. Additional support has been provided by the Dunard Fund.

For information on this exhibit, contact Cathy Baum & Associates.

“In my paintings, I create microcosms that integrate visuals gathered from my immediate surroundings, memories from lived-in environments, impressions of architecture, and indications of my flesh and body,” said Torvik. “I include in my work references to familiar and pervasive Western folklore that often become deeply ingrained in the psyche from childhood. I comment on the alluring aesthetic qualities of these stories while critiquing their more harmful properties.”

YoloArts is celebrating 15 years of farm visits with the annual Art Farm Gala featuring an Art Harvest, silent auction, awards, and music outdoors on the grounds of the Gibson House in Woodland.

Artwork inspired by Yolo County farmlands and open spaces will again be available for harvest and auction at this year’s special event — including at least 130 works by 97 local and regional artists, according to a YoloArts press release.

The 2022 juried awards are Cream of the Crop: Life Source, a quilt by Marjan Kluepfel; and the Plein Air Award: Fields of Rye acrylic on canvas, by Vanessa Stafford.

The Art Farm Gala festivities will include the announcement of the Farmers Pick Award from the Art Harvest by guest farmer Dru Muller of Full Belly Farms, Guinda. Also announced at the event will be the People’s Choice Award.

Shovel tickets for art harvesting are $250 and provide food and wine for two and the opportunity to harvest an original work of art with a value of at least $250. General admission tickets are $50 per person and include food and wine.

The juried silent auction is now available for viewing and bidding online at yoloarts.org/art-farm-gala. No event ticket is needed for online bidding, which will continue until the end of the Oct.16 event.

To purchase tickets, go to yoloarts.org or directly to handbid.com.

Proceeds raised by the Art Farm Gala support YoloArts’ Art & Ag program, The Yolo Land Trust, and Yolo Farm to Fork. The Art Harvest and juried silent auction art can be previewed before the event at yoloarts.org/art-farm-gala and at The Barn Gallery through Oct. 15.

Armadillo Vinyl Fair is back

The Armadillo Vinyl Fair is back, a biannual event where more than 50 vendors from all over Northern California will attend to sell CDs, records, and other music-related items. This year’s fair will be the first since 2019. Find more information here. 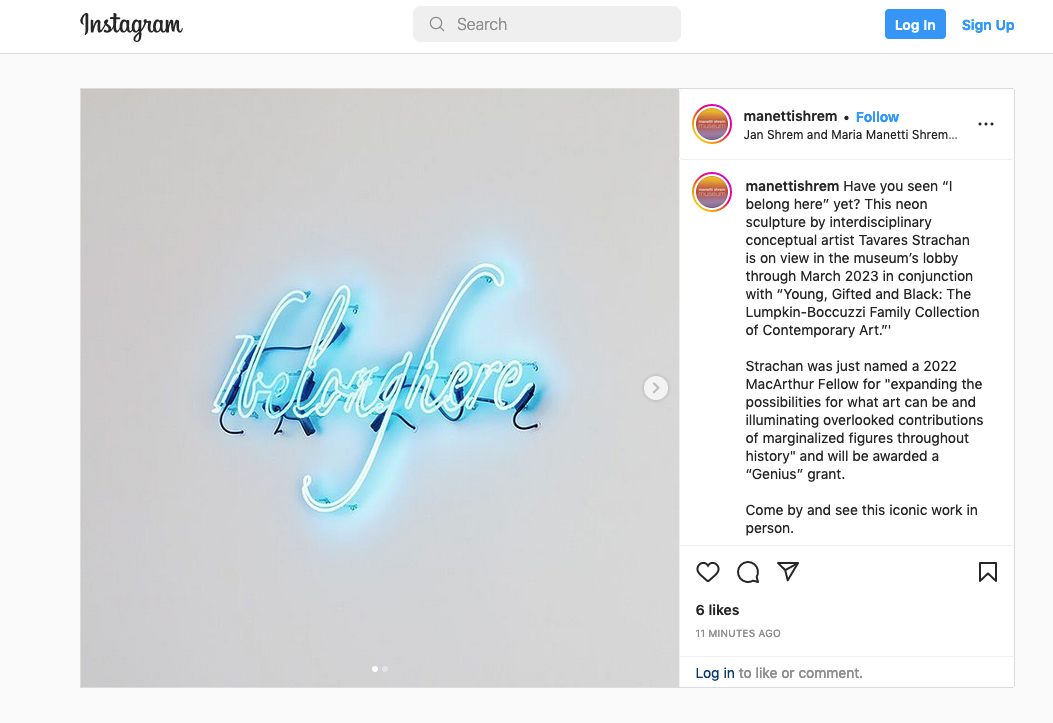