For this virtual lecture, the series welcomes artist Irina Rozovsky (b. 1981, Russia) who has exhibited in museums and galleries in the United States and abroad. She has published two monographs, One to Nothing (2011) and Island in my Mind (2015). A monograph of her 10-year project, In Plain Air, available in hardcover, is a lyrical portrait of Brooklyn’s Prospect Park as seen through Rozovsky’s studies of its visitors, each seeking escape from the din of the city beyond. The seed of the idea for the work was planted ten years ago when Rozovsky took a small motorboat around the park’s southern lake. Rozovsky’s work is in the collections of the Metropolitan Museum of Art, Philadelphia Museum of Art and Haggerty Museum of Art, and was featured in MoMA’s Companion Pieces: New Photography 2020. 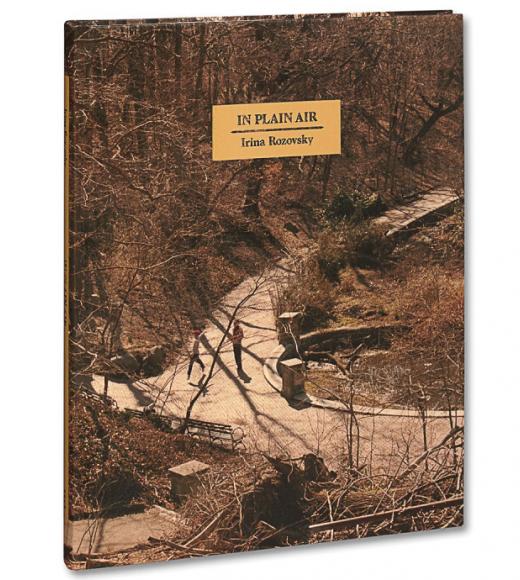 The Visiting Artists Lecture Series is organized by Art Studio faculty and master of fine arts candidates. It invites some of the most compelling practitioners and thinkers working today to UC Davis — including nationally and internationally recognized artists, critics and curators — for public lectures, readings and critiques with students and faculty across disciplines.

Organized by the Department of Art and Art History. Co-sponsored by the College of Letters and Science and the Manetti Shrem Museum.

Learn more about this event and future programs go here.

Soprano in concert for Shinkoskey

Colombian-American soprano Stephanie Lamprea is an architect of new sounds and expressions as a performer, recitalist, curator and improviser, specializing in contemporary classical repertoire. Trained as an operatic coloratura, Stephanie uses her voice as a mechanism of avant-garde performance art, creating “maniacal shifts of vocal production and character… like an icepick through the skull” (composer Jason Eckardt). Her work has been described as “mercurial” by I Care If You Listen, ”dynamic” by critic Steve Smith (Night After Night), and that she “sings so expressively and slowly with ever louder and higher-pitched voice, that the inclined listener [has] shivers down their back and tension flows into the last row.” (Halberstadt.de) She has received awards from St. Botolph Club Foundation, John Cage Orgel Stiftung and Puffin Foundation. Stephanie was a featured TEDx Speaker in TEDxWaltham: Going Places.

Lamprea devours mammoth works of virtuosity and extended techniques with ease and creative insight, singing with an entire spectrum of vocal colors (including operatic style, straight tone, sputters and throat noises). She has performed as a soloist at Roulette, National Sawdust, Shapeshifter Lab, Miller Theater at Columbia University, the Slipper Room, Park Avenue Armory, Museum of Fine Arts (Boston), the Isabella Stewart Gardner Museum, and the Re:Sound Festival. She has worked with Wavefield Ensemble, Ekmeles, Guerrilla Opera, Boston Art Song Society, Verdant Vibes and the Original Gravity Concert Series. In 2020-21, Stephanie will collaborate with the New Gallery Concert Series (Boston), perform as Artist-In-Residence at University of California, Davis, perform in residency at Mana Contemporary, and present a solo recital at Roulette.

Read more about this program on the UC Davis Department of Music website.

To learn more about this program, go here.

A book launch for Maceo Montoya, associate professor of Chicana and Chicano studies, visual artist and writer, will be held online by Taller Arte del Nuevo Amanecer (TANA). The novel Preparatory Notes for Future Masterpieces: A Novel is an adventurous and satirical story about an artist and features 50 drawings by Montoya. He will be joined by a fiction writer, art critic, and law professor at Loyola Marymount, Yxta Maya Murray where she will read from her novel Art Is Everything. Both books are centered on Latinx artists struggling to make their voices heard. 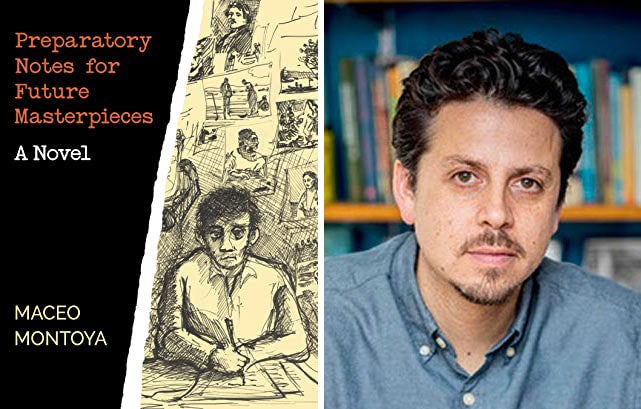 Emerging artists on view at the YoloArts Gallery 625

Emerging + Artists = Show is a multi-media exhibition devoted to the introduction and discovery of nine regional emerging artists at various ages and stages of their artistic careers. This exhibition includes ceramics, sculpture, paintings, drawings and mixed media. This show runs until June 1 at the YoloArts Gallery 625 located in Woodland.

Learn more about the exhibition here or read an in-depth description here.

The di Rosa Center for Contemporary Art in Napa is now open Fridays through Sundays from 10 a.m. to 4 p.m. Head to their website to buy tickets.

The Bay Area has a longstanding tradition of radical experimentation in ceramic arts and, in recent years, many of the region’s most exciting young artists have chosen clay as their medium. This exhibition highlights three emerging artists working in this space, exploring a range of contemporary interventions in ceramic tradition.

Read more about the artists and the exhibition here.

Gallery 2 — The Incorrect Museum: Vignettes from the di Rosa Collection

Rene di Rosa viewed his collection of more than 1,600 objects, accumulated over five decades from the 1960s until his death in 2010, as a sort of “incorrect museum.”

di Rosa, along with many of the artists he collected, strictly opposed the aesthetic and social conventions of the mainstream art world, which he viewed as pretentious, sterile and fundamentally conservative.

Unlike major museums in New York and Los Angeles, di Rosa welcomed the public free of charge, reflecting a populist vision for the arts. Similarly, he rejected the bland art-speak peddled by gallerists and curators, eschewing the use of exhibition labels to cultivate a more immediate and personal exchange between artwork and viewer.

As this exhibition shows, the ideal of “incorrectness” was a lodestone for generations of Bay Area artists.

The works in the collection had a distinctly “incorrect” flavor which tended, di Rosa wrote, to invoke a “curatorial frown” from cultural gatekeepers in large, international museums.

The collection focused on Bay Area artists — like Bruce Conner, William T. Wiley, Robert Arneson and Roy De Forest, among others — whose work was too colorful, ungainly, humorous and irreverent to be easily interpreted or consumed by art world aficionados. di Rosa also supported local artists — including Peter Voulkos, Jim Melchert, Tom Marioni and Paul Kos — who blurred the line between art and life, creating conceptual works rooted in experience that were not easily bought or sold.

The di Rosa Center for Contemporary Art invites visitors to celebrate the shared “rascality” of these artists. The art and artists of Northern California have too often been overlooked by critics and historians of twentieth century art.

Learn more about this exhibition here.

Award-winning actor Sharon Lawrence stars in a reading of Robin Gerber's new play, THE SHOT, about iconic Washington Post publisher Katharine Graham. For more than 20 years, Graham was a self-described "doormat wife," secretly enduring years of domestic abuse from her husband. After his suicide, she took over as publisher and CEO of the Washington Post, where she defied the government by publishing the Pentagon Papers, took on President Richard Nixon in the Watergate scandal, and stunned her male executives who had bet against her success.

This online event is part of a national initiative that uses performing arts to raise awareness of domestic violence. Visit theshotplay.com and empoweryolo.org to learn more.

Organized by the Catalyst: A Theatre Think Tank and Bike City Theatre Company in collaboration with SPARK Theatrical and EMPOWER Yolo County. Co-sponsored by the Manetti Shrem Museum.

To learn more about this program, go here.

Art Social Media of the Week

We came across this Instagram post by Manetti Shrem Museum reminding us of a virtual event featuring Wayne Thiebaud happening next week. In addition, the campus museum announced their plans to reopen in June. 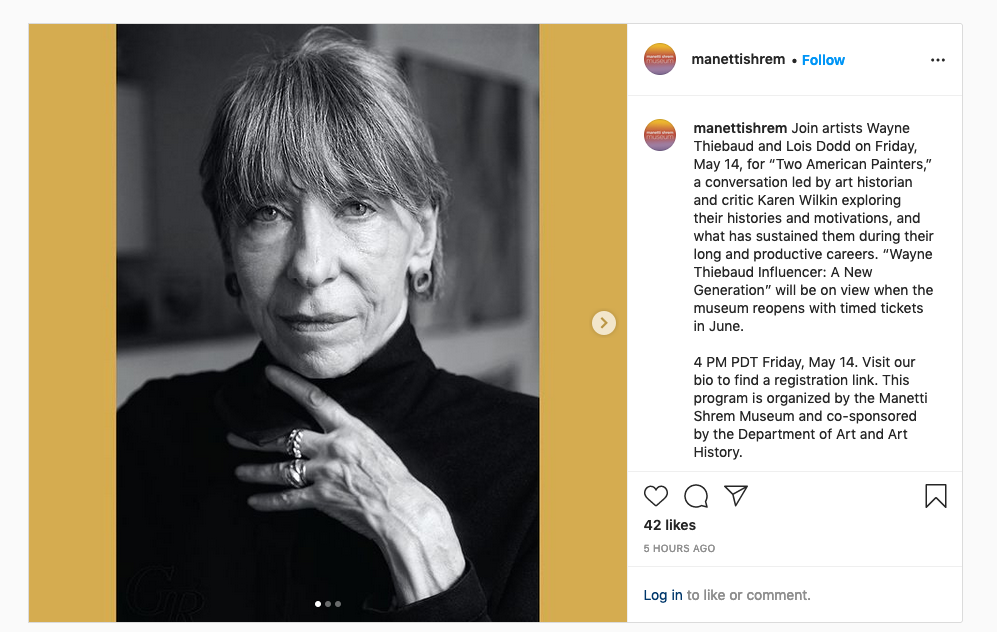