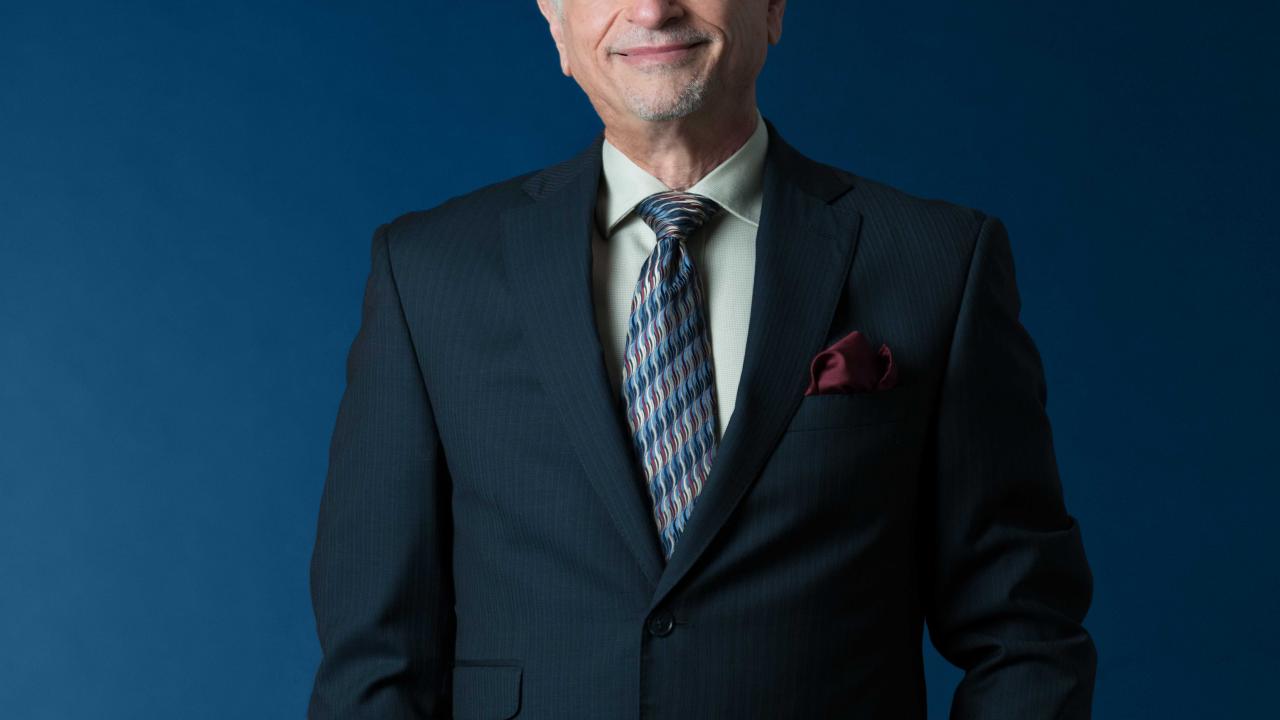 Thomas to retire from UC Davis

By Michael G. French, College of Letters and Science

Professor of Music and Conductor of the University Chorus Jeffrey Thomas will conduct his last chorus performance on Friday, June 8, at 7 p.m. at the Mondavi Center in a program titled, “American Songs and Spirituals.” He is retiring from the music department after more than 22 years.

He will continue, however, to lead as artistic director of the American Bach Soloists, Bay Area performers in the field of Baroque music who are dedicated to historically informed performances of Bach and his contemporaries.

The highlights for his final program for the chorus include a performance of James Whitbourn’s Luminosity featuring Ellen Ruth Rose, viola; Rita Sahai, tanpura; and Don Scott Carpenter, organ. The program is a small homage to the types of music the chorus has been known for in its half century of existence. Thomas succeeded both Al McNeil — known for his focus on American songs and spirituals — and Paul Hillier — known for his interpretation of Renaissance and Baroque music. From the beginning Thomas gave the University Chorus strong roots in an ever-growing campus community, providing fulfilling opportunities for those that love to sing, and those that enjoy listening to choral music.

Henry Spiller, Department of Music chair, said, “In two decades under Thomas’ direction, the University Chorus has consistently involved students, alumni, and the greater Davis community, both as participants and audience, in a stunning variety of choral music. His exacting approach to conducting has raised the level of ensemble to new heights. He will sorely be missed.”

Early in his career on campus, Thomas worked with the university to develop a modest endowment, which would give the chorus opportunities to perform more ambitious works and periodically bring in renowned soloists. He helped establish the fund himself, and would also later give to the campaign for what is now the Ann E. Pitzer Center. The Pitzer Center has become an excellent space for individual music instruction and smaller-scale performances, which are as crucial to music education as large-scale performance work.

Thomas also helped usher in the opening of the Mondavi Center, which upon its opening in 2002 raised the bar for future singers, as well as amateur and professional musicians alike. The chorus grew to include an Alumni Chorus, which would annually collaborate with the University Chorus and the UC Davis Symphony Orchestra on a large-scale work. Verdi’s Requiem, a difficult and thrilling work for chorus and orchestra, was the first major collaboration of its kind between these groups, and stretched even the capacity of the Mondavi Center.

These performances garnered the attention of the University of California’s systemwide television network, UCTV, which helped record and broadcast several of these performances, just as it does for major academic lectures and symposia.

Orff’s Carmina Burana was among the most successful of his UC Davis concerts. A stellar performance with a wide reception, it is now the most watched YouTube recording of that particular work (at 18 million views and climbing), even amid professional performances. In April 2005, the chorus under Thomas’ direction sang a unique piece of music with the Kronos Quartet at the Mondavi Center. Called Sun Rings, the piece was commissioned by NASA, and written by composer Terry Riley to commemorate humankind’s exploration of our solar system.

The University Chorus, in 1997 and under the direction of Thomas, then new to campus, helped dedicate UC Davis’ Main Theatre as Celeste Turner Wright Hall. Wright, who is deceased, was UC Davis’ first female faculty member (in English and drama) and wrote the poem “Campus Doorways” that the chorus sang. The poem was set to music by music department founding member Jerome Rosen, who died in 2011. It was to be the first of many collaborative efforts on campus.

“I was here for two milestone events that greatly enhanced the Department of Music’s outreach and success: the opening of the Mondavi Center and the opening of the Pitzer Center,”  he said. “The support of, and my collegial relationships with Barbara K. Jackson and the directors of the Mondavi Center have been fundamental to the depth of my musical experiences on campus, and I have been gratified to bring my outside artistic work with American Bach Soloists to the Davis community.”

He said that he felt welcome at UC Davis right from the beginning.

“I will always treasure how warmly I was welcomed by Larry and Rosalie Vanderhoef on my appointment. In fact, I have more fond memories than I’ll ever be able to recall. I wish the campus and my department a flourishing future that will continue to put forward the importance of the arts in the lives of the entire university community. Thank you, UC Davis!”  Jeffrey Thomas

Dedicated to performance practice, Thomas taught multiple varieties of choral music and courses at UC Davis, from Beethoven to Arvo Pärt. He was the recipient of a Chancellor’s Fellowship from 2001–06, and is the first holder of the Barbara K. Jackson Chair in Choral Conducting, which he used to further expand opportunities for the chorus.

Plenty of plans for retirement

Thomas’ career at UC Davis parallels his professional leadership of the Bay Area-based ensemble, the American Bach Soloists. With the Bach Soloists, Thomas has produced an extensive set of recordings, including both an audio recording of Handel’s Messiah and a video recording.

Thomas has a long list of projects for his retirement, which include publishing a book he has written titled Handel’s Messiah: A Life of Its Own, and leading many more performances with the American Bach Soloists. He will continue educating others in Baroque performance practice at the American Bach Soloists’ Summer Academy at the San Francisco Conservatory of Music, which is now free to its participants.

The final concert will be performed at the Robert and Margrit Mondavi Center for the Performing Arts’s Jackson Hall and begin at 7 p.m.

Tickets are $20 for adults, $10 for students and youth and are available at the Mondavi Center box office in person or by calling 530-754-2787 from noon to­ 6 p.m., Monday through Saturday. Tickets are also available online at mondaviarts.org.

For more information about the College of Letter and Science’s Department of Music and future performances, visit arts.ucdavis.edu/music.