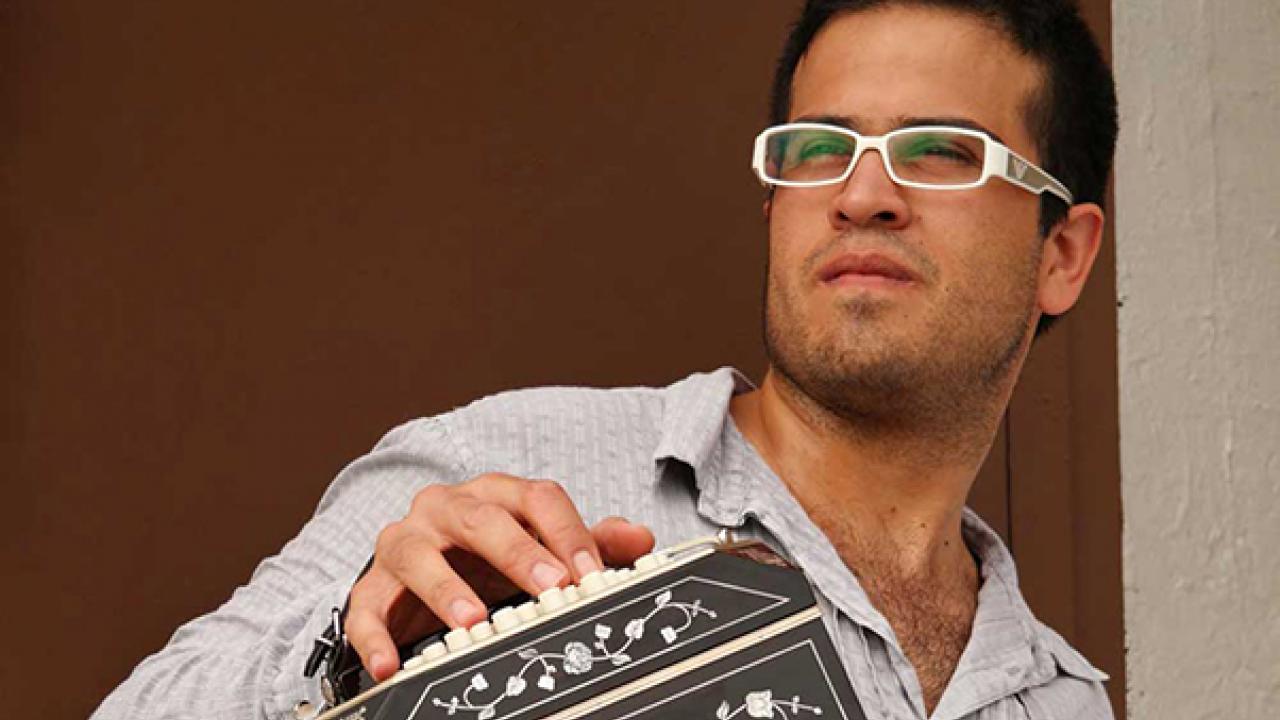 Ginastera: Dances from the Ballet Estancia

The bandoneon, hand-held harmonium, came to Argentina with European settlers in the late 19th and early 20th centuries and became the quintessential tango instrument of the region.

“Both Anibal Troilo and Astor Piazzolla, the giants of bandoneón playing in the 20th century, had a tremendous influence on the way people conceive of and write for the instrument,” Ortiz said. “I made a conscious effort to stay away from the Piazzolla sound, which is a sort of de facto soundtrack for the city of Buenos Aires, where I grew up. My main inspiration came from piano concertos by Ravel.”

The music of Argentina is much more diverse that most people realize, Baldini said.

“There is great variety and diversity in the type of sound worlds that composers from my homeland have conceived,” he said. “Ginastera, the best-known composer from Argentina in the symphonic realm, was Piazzolla’s teacher and encouraged him to go to Paris to study with the great Nadia Boulanger. He created soundscapes that derive from the pampas, from the world of the gauchos, but he was also influenced by European modernism.”

“I am truly excited to feature JP Jofre as our soloist and as a composer. He is one of the most accomplished bandoneón players in the world, and it is a joy to share his artistry with our students and audiences here in Davis.”

A native of San Juan, Argentina, Jofre is an award-winning bandoneón player and composer, and leader of the Hard Tango Chamber Band. He is a recipient of the National Prize of the Arts grant in Argentina, and has collaborated with numerous musicians in a range of classical to modern tango styles. His music has been recorded by 16-time Grammy Award-winner Paquito D’Rivera, and the Orpheus Chamber Orchestra, and has been choreographed to by American Ballet Theatre principal dancer Herman Cornejo.

The concert takes place at Jackson Hall in the Robert and Margrit Mondavi Center for the Performing Arts at 7 p.m.

Tickets are $24 for adults and $12 for students and youth and are available at the Mondavi Center Ticket Office in person or by calling 530-754-2787 during 12-6 p.m., Monday through Saturday. Tickets are also available online at mondaviarts.org.

For more information about the College of Letter and Science’s Department of Music and future performances, visit here.

At The Lab, Beard led the organization through a rehabilitation of its facility and inaugurated a new program of commissioned artistic projects. She served as an assistant curator at the Berkeley Art Museum and Pacific Film Archive for six years and earned a master’s degree in art history, theory and criticism from the School of the Art Institute of Chicago. In 2015, she curated a major exhibition by UC Davis art professor Lucy Puls at the Verge Center for the Arts in Sacramento.

This event is free and open to the public.

Offered by the College of Letters and Science's Department of Art and Art History, the talks take place at 4:30 p.m. at the Jan Shrem and Maria Manetti Museum of Art and are free and open to the public.

Next week, on Feb. 7, a painter, Sangram Majumdar , who draws inspiration from medieval Italian paintings and video games, is the featured speaker.

The 10th annual exhibition of artwork and performance by UC Davis intercollegiate student athletes — 20 in all this year — is open at the Walter A. Buehler Alumni Center. Opening reception is 5 – 7 p.m. Friday. Out of 36 pieces, 19 are visual art,  which include pencil, charcoal, photography, ceramics, acrylic, and watercolor. One artist will play mandolin during the reception. The exhibition will continue through Feb. 15.  Buehler Alumni Center's regular hours: 8 a.m.-5 p.m. weekdays and 8 a.m.-2:30 p.m. Saturday-Sunday.