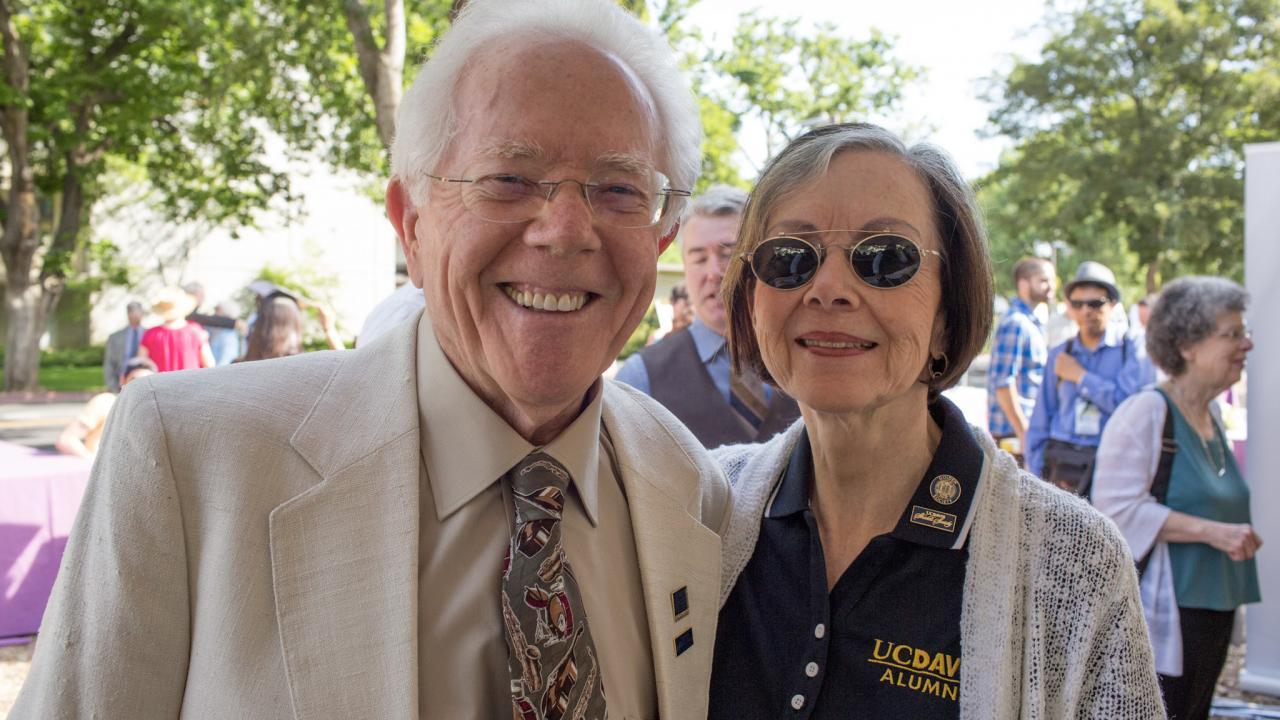 Alumna Emma Gavenda (BA music, 2010) appeared in New Zealand Opera’s world premiere of Ihitai ‘Avei’a – Star Navigator. It was performed in concert by the Manukau Symphony Orchestra, Auckland Choral and the Graduate Choir New Zealand. Gavenda was a chorister in presentation, which featured Amitai Pati, one of the 2016 Rising Stars of Opera at UC Davis Mondavi Center for the Performing Arts.

Composed by Tim Finn with text by Célestine Hitiura Vaite, the piece tells the story of Tupaia (sung by Pati), the Tahitian star navigator who sailed with James Cook on the maiden voyage of the Endeavour in 1769.

Emma Gavenda was a harpsichord performance major at UC Davis. She moved to Auckland, New Zealand, in 2017 and joined The Graduate Choir NZ, a high-quality community choir, immediately upon arrival. Since 2019, Emma has been working as part of the fundraising team for the Auckland Philharmonia Orchestra as their Trusts and Foundations Manager.

Anneliese Koch (BA, 2017) was part of the design process for Jill Biden’s ocean blue Markarian dress, coat, gloves and matching mask. Koch studied design at UC Davis, with minors in art history and textiles and clothing. After graduating, she moved home and worked on her portfolio. She ended up taking a job at the Greenwich Village offices of luxury womenswear brand Markarian.

Markarian works closely with a boutique fashion PR firm run by Savannah Engel. Famous stylists contact Engel and his team when they need something special. Through Engel, the Bidens team asked if Markarian would be interested in submitting looks for the inauguration.

‘Of course, we said, absolutely!” Koch said. In December, they submitted 10 full look sketches with a few crafting options.

“We didn’t know who or how many other designers we were competing with, but we were very excited, as a brand so young, to even be a part of this initial process,” Koch said. Biden then requested that a full look be created and sent for review.

But we didn’t know she had chosen our outfit before she left, Koch said. As a bonus, it turned out that two of Bidens’ grandchildren, Natalie, 16, and Finnegan, 21, had also chosen Markarian ready-to-wear dresses.

Since the opening, Markarian’s offices have been busier than ever, receiving hundreds of congratulatory calls and emails and orders. Read the full news story here.

The Verge Center for the Arts is open again and presenting its first exhibition in a year on site. “Class of 2020″ showcases the work of the 2020 Ali Youssefi Project (AYP) artists in residence, including alum Brooklyn Johnson (MFA 2019), Vincent Pacheco (MFA 2017), and Muzi Li Rowe (MFA 2017). The show runs through May 9.

The title is a nod to the unique challenges the artists faced pursuing their residencies during quarantine and largely in isolation. The works produced reveal the deep personal explorations that come not just through the luxury of time and space that a residency provides, but also through the additional focus that solitude allows.

‘Aggie for Life’ Bill Hollingshead will be missed

A self-described “Aggie for life,” alumnus Bill Hollingshead (B.A., political science, 1960) died in early February. Hollingshead and his wife, Dianne, were longtime donors to UC Davis and devoted patrons of the Department of Music, the College of Letters and Science and many Aggie activities. He was well known for his enthusiastic love of his alma mater. In 2012, he received the Aggie Service Award from the Cal Aggie Alumni Association, which honors alumni who demonstrate exemplary Aggie pride and commitment of time, energy, volunteerism and leadership to UC Davis.

Read more about his life here.

Top photo: Bill and Dianne Hollingshead appear at a recent UC Davis event. Bill died in February and is well-regarded by any Aggies he met. (Courtesy photo)