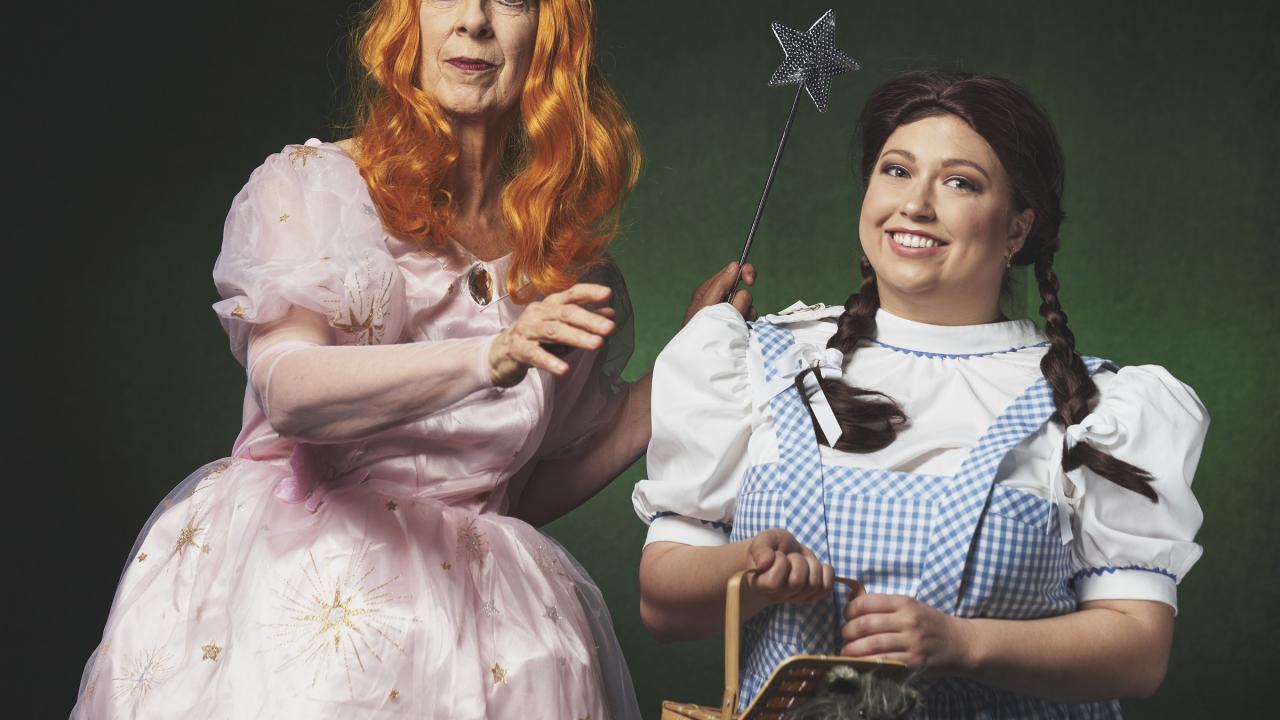 Click Your Heels Together, Come in Costume to See ‘The Wizard of Oz’

This post is by Michael G. French, College of Letters and Science

The famed yellow-brick road leads to the Ann E. Pitzer Center at UC Davis when the Department of Music presents a screening of beloved film classic, “The Wizard of Oz,” on Saturday, Feb. 22, at 2 p.m. As an added bonus, audience members can come dressed up as their favorite Oz character, whether that be The Tin Man, Dorothy, or even Toto. Prizes will be awarded for the best individual and group costumes.

The 1939 film was nominated for five Academy Awards, including Best Picture and won awards for Best Score and Best Original Song, “Over the Rainbow.” A 1956 television broadcast of the film reintroduced it to the public, with annual showings following. “The Wizard of Oz” is the most viewed film in history, according to the Library of Congress.

As the film begins, Dorothy, a Kansas farm girl, her dog Toto, and her house are transported by a tornado to the magical Land of Oz. But the house lands on and kills a wicked witch; her sister, the Wicked Witch of the West, vows revenge. Befriended by a scarecrow without a brain, a tin man with no heart and a cowardly lion who seeks courage, Dorothy and her newfound guardians travel along the yellow-brick road to the Emerald City in the hopes of an audience with the all-powerful and mysterious Wizard of Oz.

“‘The Wizard of Oz’ is a classic that means something new to every generation,” said Professor Carol A. Hess, who teaches The Broadway Musical class. “Though not based on a Broadway musical, the film features songs that were created by theatre veterans who used the musical sequences to explore the characters and situations.”

Based on L. Frank Baum’s bestselling 1900 fantasy novel “The Wonderful Wizard of Oz,” the screenplay was written by Noel Langley, Florence Ryerson, and Edgar Allan Woolf, with songs by composer Harold Arlen and lyricist Edgar “Yip” Harburg. Directed primarily by Victor Fleming (who left to work on “Gone with the Wind”), the film stars Judy Garland as Dorothy, Ray Bolger as the Scarecrow, Jack Haley as the Tin Man, and Bert Lahr as the Cowardly Lion.

Tickets are $12 for adults and $10 for students and children under 12. They are available at the Mondavi Center Ticket Office in person or by calling 530-754-2787 between noon and 6 p.m., Monday through Saturday. Tickets are also available online.

For more information about the College of Letters and Science’s Department of Music and future performances, visit here.