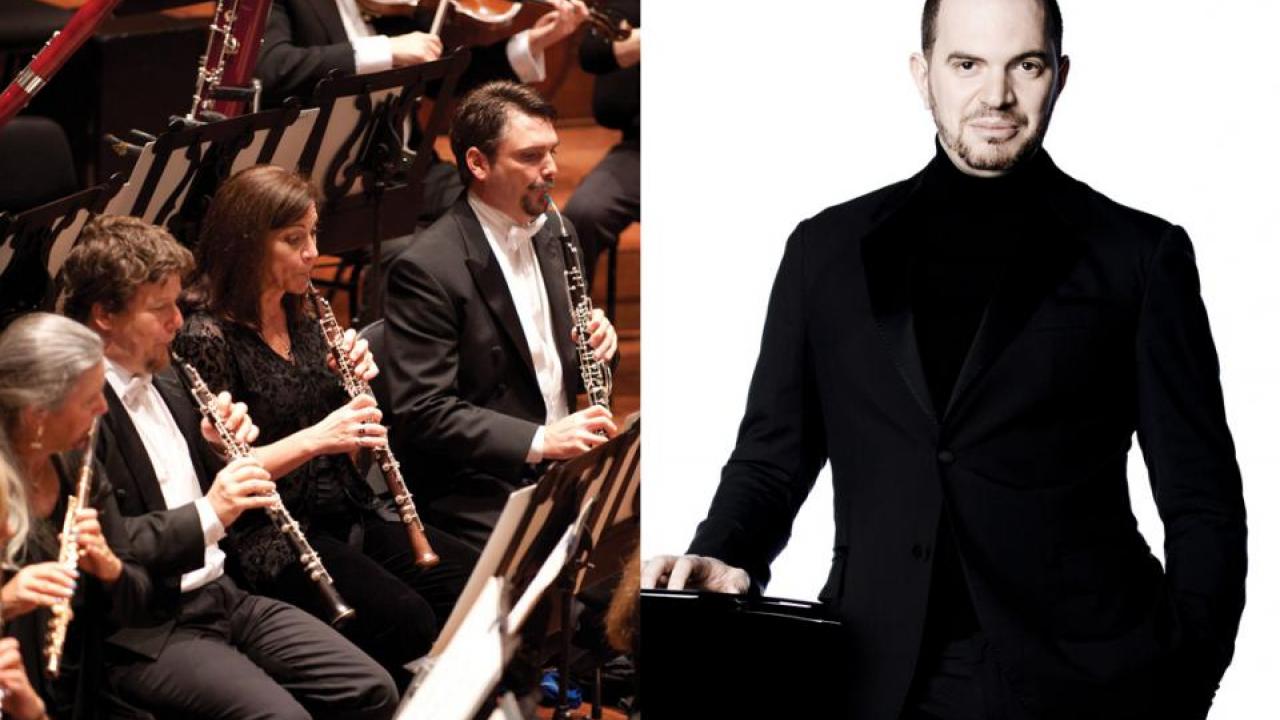 Weekender: From the San Francisco Symphony to SAYS, the Region Offers an Array of Activities

The Weekender is a regular feature of the UC Davis Arts Blog appearing each Thursday — when weekends really need to begin. The column features stuff to do on and around the UC Davis campus this weekend.

The San Francisco Symphony, after a one-year interlude, returns to the Mondavi Center Thursday. Founded in 1911, the San Francisco Symphony has received some of the world’s most prestigious recording awards. Now under the baton of Maestro David Robertson, Pianist Kirill Gerstein, the sixth recipient of the Gilmore Artist Award, accompanies the symphony, performing Brahms’ emotionally surging Piano Concerto No. 1, alongside Haydn’s Symphony No. 102 and Brett Dean’s Engelsflügel

Johannes Brahms: Piano Concerto No. 1 in D Minor for Piano and Orchestra, op. 15

The concert is at 8 p.m. Get your tickets now.

Beethoven: Variations on a Theme from The Magic Flute

As always, the Shinkoskey noon concert is free.

Currently artist affiliate in cello and chamber music at UC Davis, Susan Lamb Cook is an active performer and educator in the capital region.

Both these Pitzer events at UC Davis are free.

SAYS, a dynamic spoken word group, will perform various pieces from 1:30 p.m. to 3:30 p.m., including the piece PSA ("Poetic Service Announcements"). Following their performance, SAYS will host an MC Olympics where youth ages 12-21 will be invited to sign up to perform in an Olympic-style competition featuring the best young emcees in the area. Through a series of rounds, the audience gets familiar with each MC’s skill level (on the mic, moving the crowd, freestyling and flow). Sign-ups are open from 2 p.m. to 2:30 p.m. and the MC Olympics will be held from 3:30 p.m. to 5 p.m.

Through the combined efforts of artists and imaginative thinkers, unchARTed at Arden Fair aims to curate uplifting art and encourage others to immerse themselves in new concepts of creativity. Join Arden on May 26, and throughout 2018 as the retail center is transformed into a community space through art. SAYS is a social justice movement that transforms education. Founded in 2008 at UC Davis by Dr. Vajra Watson, SAYS breaks the barriers of underachievement by elevating the voices of students as the authors of their own lives and agents of change.