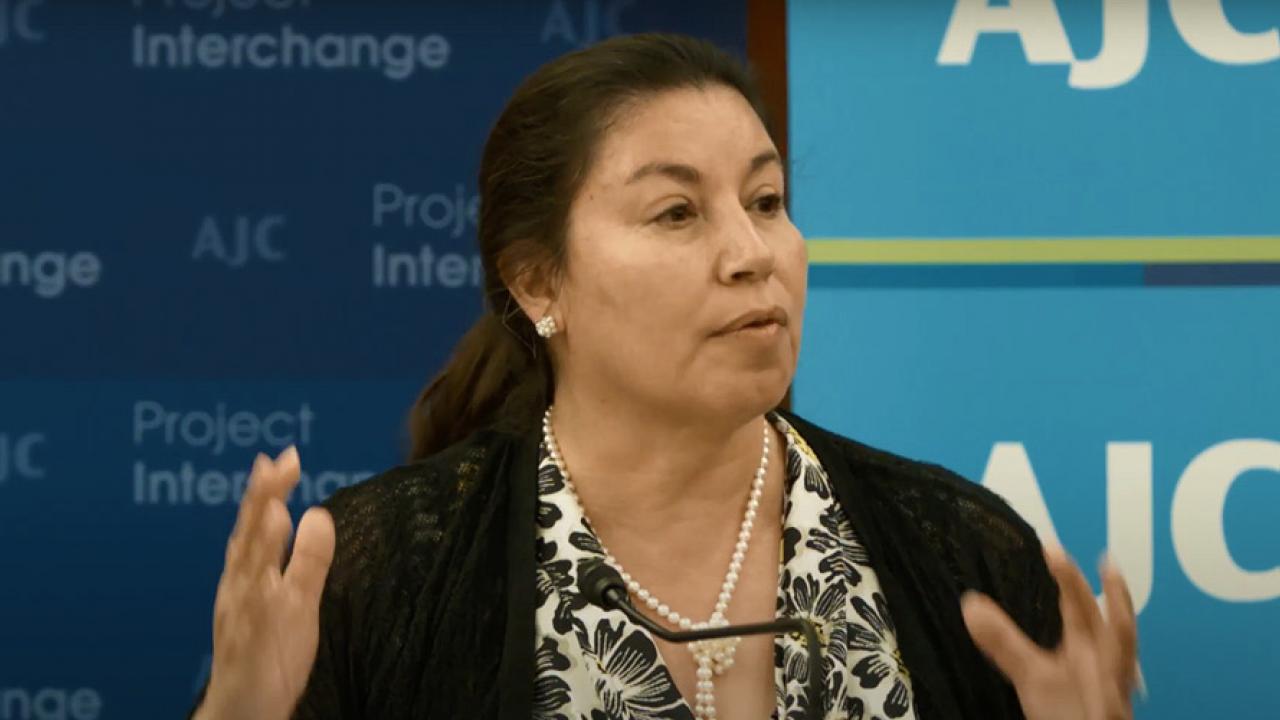 42nd Treasurer of the United States
B.A. in Political Science

Anna Escobedo Cabral became the highest-ranking Latina in the George W. Bush administration by serving as the 42nd U.S. Treasurer. Today she serves as the Unit Chief for Strategic Communications in the External Relations Division of the Inter-American Development Bank.

A daughter of California farmworkers who did not graduate from high school, Cabral had four children before she finished her bachelor's degree in political science. To balance family and schoolwork, she attended UC Davis every other quarter, eventually graduating in 1987. In 1990, she obtained her Master of Public Administration degree from Harvard. She eventually completed her Juris Doctor degree at George Mason University School of Law in 2008.

Cabral was executive staff director for the U.S. Senate Republican Conference Task Force on Hispanic Affairs, while also working as deputy staff director for the U.S. Senate Committee on the Judiciary. In 1999, she became head of the Hispanic Association on Corporate Responsibility, working to increase inclusion of Hispanics in Fortune 1000 companies. In 2003, she was named director of the Smithsonian Center for Latino Initiatives, responsible for fostering appreciation of Latino history and culture through the Smithsonian's holdings.

“When we were first dating, I traveled to Davis to visit him. At that time, I was a sophomore at UC Santa Cruz. During our visit, we decided to picnic in Central Park,” she said. “Within a few months of the visit, a picture of us appeared in the heart of a full-page spread in the Davis campus newspaper for Valentine's Day. It was a really wonderful photo. We spoke with the photographer shortly thereafter, who explained that when she saw us she knew we were truly in love.”