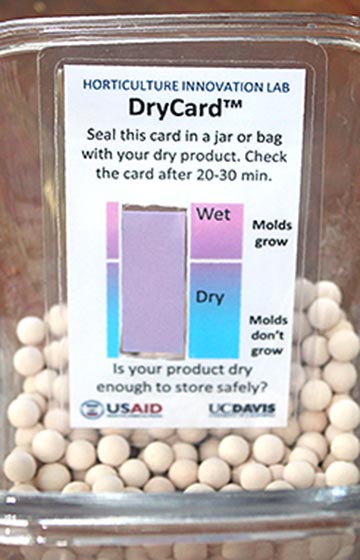 “I think it shows a tremendous need for a solution that can increase awareness of moisture content of dried food products,” said Mitcham, who represented the DryCard during the competition. “This technology has high potential to make an impact — and not only with dried produce and vegetable seeds, which was our original intent.”

Checking In With Chancellor May: Proud