A History of One Health 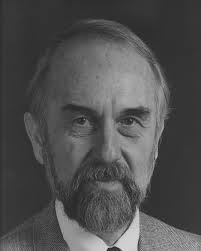 The term “One Health” or “One Medicine” has been around a long time — the concept goes back as far as 400 BC in Hippocrates' On Airs, Waters, and Places. In more recent times, Dr. Calvin Schwabe — a founding faculty member of the UC Davis School of Medicine as well as an epidemiology professor at the School of Veterinary Medicine — coined the term "One Medicine" in his book, Veterinary Medicine and Human Health in 1964.

Schwabe was a pioneer in bridging the veterinary and human health professions and held joint appointments in both schools at UC Davis. He established and chaired the Department of Epidemiology and Preventive Medicine at the veterinary school, the first of its kind anywhere, which soon became the base of veterinary epidemiology training for the entire world. He also established the Master of Preventive Veterinary Medicine degree program, a professional education program that emphasizes the principles and strategies of mass disease control and prevention in animals. That program has since trained more than 10000 leaders in public health and animal disease control from all over the world.

In the ensuing years, the approach took root and gained prominence. Recognizing its value, the Centers for Disease Control established its One Health Office in 2009, advancing the concept globally.

The UC Davis One Health Institute was formed that same year, and quickly became home to the United States Agency for International Development’s PREDICT Project, which conducts global surveillance to detect and prevent spillover of pathogens of pandemic potential that can move between animals and people. PREDICT is one of many projects at UC Davis that is building capacity and advancing the One Health approach throughout the world.

One Health is an approach to ensure the well being of people, animals and the environment through collaborative problem solving — locally, nationally, and globally.