LAURELS: Our ‘New Innovator in Food and Agriculture’

The Foundation for Food and Agriculture Research has selected Amélie Gaudin, assistant professor of agroecology, as one of the nine inaugural recipients of the New Innovator in Food and Agriculture Award. They will receive a total of $4.8 million in research support over five years.

Established by the U.S. Farm Bill of 2014, the nonprofit Foundation for Food and Agriculture Research is charged with complementing and furthering the work of the U.S. Department of Agriculture. The New Innovator award supports new faculty and their teams of students and scholars to conduct research with the potential to expand food availability and encourage sustainable agriculture practices.

“This award will allow us to tackle critical gaps in understanding how to optimize root traits to better exploit improvements in soil health in rain-fed and irrigated cropping systems,” she said.

“By testing how breeding has impacted corn and tomato root and rhizosphere processes critical to cycle and uptake resources, we hope to shed light on how breeders and producers can grow more productive and resilient crops using sustainable practices at a large scale.”

Sally Rockey, executive director, said: “Awarding our first research grants is a landmark occasion for the Foundation for Food and Agriculture Research and it is a particular honor to invest in the bold ideas of nine scientists who show such extraordinary promise so early in their careers.” 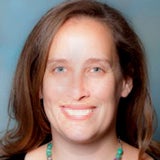 Margaret Crofoot, assistant professor of anthropology, has been awarded a 2016 Packard Fellowship for Science and Engineering from the David and Lucile Packard Foundation.

• Professor Annabeth Rosen, who holds the Robert Arneson Chair in Ceramic Sculpture, recently received a $50,000 USA Fellowship. USA stands for United States Artists, established by the Ford, Rockefeller, Rasmuson and Prudential foundations with $22 million in seed funding in 2006 to address the lack of unrestricted funding available to artists. Thus, there are no restrictions on Rosen’s award or any of the 47 others given this year.

• Shiva Ahmadi, assistant professor of art, has received an Anonymous Was a Woman Award, an unrestricted grant of $25,000 given to female artists, enabling them to continue to grow and pursue their work. She is among nine award winners for 2016, all recognized for their accomplishments, artistic growth, originality and potential, and each of whom meets the award criteria of being over 40 years old and at a significant juncture in her life or career.

Artists do not apply for this award; they are nominated by an anonymous group of distinguished women — art historians, curators, writers and previous winners. The program’s name refers to a line in Virginia Woolf’s A Room of One’s Own. The award was begun in 1996 in response to the decision of the National Endowment of the Arts to cease support of individual artists.

An interdisciplinary team’s research on wearable technology for people with autism spectrum disorder recently earned a Paper of Distinction award from the International Textile and Apparel Association.

Koo shared another Paper of Distinction award with Timothy Stapleton ’16 (Bachelor of Arts in design) for a study on visibility aids for bicyclists.

Koo also came away from the association’s annual conference with the Gerber Technology FashionTech Professional Award of software and training valued at $20,000.

Margherita Heyer-Caput, professor of Italian, recently received the AIDDA Prize in her native Sardinia in recognition of her prestigious curriculum, and, in particular, for having deepened the knowledge of and scholarly research on another Sardinian, Grazia Deledda, who won the Nobel Prize for Literature in 1926.

The award is from the Sardinian committee of the Associazione Imprenditrici e Donne Dirigenti d’Azienda (Association of Women Entrepreneurs and Corporate Executives).

The AIDDA Prize ceremony took place in the City Hall of Heyer-Caput’s hometown, Cagliari. “I feel extremely honored,” she said, as quoted in a news release from the city of Cagliari. “In the moment in which I receive this prize, I also feel very humble, because I know that this recognition goes, through me, to the value of literature, of its study and of its teaching in the world passing through the voice of a Sardinian woman writer, the Italian and European that is Grazia Deledda.”

Professor David Horton of the School of Law has been elected an academic fellow of the American College of Trusts and Estates Counsel. Lawyers and law professors are elected based on their reputation, skill and contributions to the field by lecturing, writing, teaching and participating in bar activities.

Horton joined the King Hall faculty in 2012. His primary research and teaching interests are wills and trusts, contracts and arbitration law. In 2015, his article "In Partial Defense of Probate: Evidence from Alameda County, California" was selected as the winner of the 29th annual Association of American Law Schools (AALS) Scholarly Paper Competition and he was honored with UC Davis School of Law’s Distinguished Teaching Award.