Costumes for the Grown-Ups, Books (and Authors) for the Children

Teen-agers and adults are invited to go costume shopping from Wednesday (Oct. 18) through Halloween in The Enchanted Cellar, while the younger set and their parents can meet two children’s authors next week:

“Heroines with Heart,” celebrating the courageous young women of folklore and literature, are featured this year in The Enchanted Cellar, run by the costume shop of the Department of Theatre and Dance.

The heroine outfits and other costumes in this year’s collection have been drawn from such subjects as Game of Thrones, Harry Potter, Star Wars and Star Trek, movie stars, superheroes, fairies and original Steampunk, storybook favorites such as Alice in Wonderland and The Wizard of Oz, and iconic fashion periods such as the 1920s, Victorian England and the lavish French Court of Marie Antoinette.

“We have kits starting at $35 which include all accessories, head-to-toe,” said Roxanne Femling, director of the costume shop. “Or, people can make an individual appointment with one of our costume consultants who will make up a kit from our stock, and customers can put together their own character. Come have fun with it!”

You’ll find the cellar in the cellar — the lower level of the theatre building. All visitors have a chance to win a prize, perhaps a fairy-wings-and-mask set or a skull mug, or maybe the grand prize of a costume kit rental. You get one prize ticket just for coming in, a second ticket if you bring a friend (your friend gets a ticket, too!) and a third ticket if you rent a costume kit. Drawings will be held at 4 p.m. on two consecutive Fridays: Oct. 20 and 27. You need not be present to win.

Schwarzenegger is passionate about homeless dogs and the animal shelters and rescue organizations that take in the strays — and in this picture book she introduces children to the concept of “adopt, don't shop.” 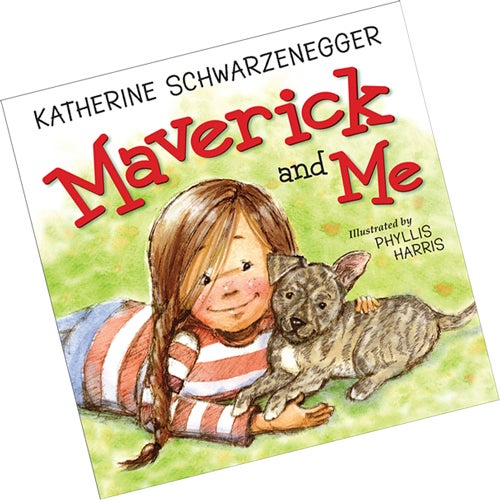 The author’s appearance is scheduled from 4 to 5 p.m. Tuesday, Oct. 24, in Valley Hall — Room 1041 and the Floyd Commons (lobby). Admission is free and open to the public.

Published by the WorthyKids/Ideas imprint of Worthy Publishing Co. in September, Maverick and Me is recommended for ages 4-7, grades preschool-3. The book is available at UC Davis Stores, and also will be sold at the veterinary school event (credit cards only).

This is Schwarzenegger’s first children’s book, after she wrote for young women (2010’s Rock What You’ve Got, a New York Times’ best-seller) and young women and men (2014’s I Just Graduated … Now What?). She’s also a lifestyle blogger and philanthropist, as well as an animal activist. Oh, and she’s the daughter of Maria Shriver and former Gov. Arnold Schwarzenegger.

“Amy G,” class of 1995, is the in-game reporter for San Francisco Giants’ televised games and the author of three books:

Marty is a fictional girl, but, like Amy G, she is asserting herself in the game of baseball — she knows so much about the game that her nickname is “Smarty Marty.” In the original volume, a picture book, she shares her passion with her younger brother, Mikey.

Now, Marty and Mikey are back in Smarty Marty Steps Up Her Game, the first in what the publisher says will be a series of illustrated chapter books. In the first, “Smarty Marty is the official scorekeeper for her brother’s Little League division,” according to the publisher. “But when the announcer is a no-show for the first game, Smarty Marty is asked to fill in, inspiring her dream to not only score, but“Smarty Marty’s Got Game” in Spanish, published in August 2017. also to announce. But not everyone is happy about a girl announcing a baseball game. Will Smarty Marty step up her game?”

Similarly, not everyone was happy when Gutierrez started her Giants reporting job in 2008. “I was not received well at all ... people would say, ‘Who is this? She’s horrible!’” she recalled in an interview with The (Santa Rosa) Press Democrat. “My first few years, I would know who they (the players) were. Now the young guys know who I am because they watch the games. ... I have a little more power on my side.”

Gutierrez’s day in Davis also includes a visit to a morning assembly at Birch Lane Elementary School in Davis; and, on campus, a talk and question-and-answer session about her career in sports journalism, 11 a.m. to 12:30 p.m., 107 Art Annex.