Supporting sustainability on a global scale

Our 360° approach to ensuring a sustainable future for all

UC Davis research is happening everywhere—in the air, at sea, and on land—to help the world address the effects of climate change and sustain our precious environment. Here are some of our efforts:

Researchers at UC Davis work to understand and address threats to animals and their relationship to the sustainability of our environment.

For instance, only a few hundred Amargosa voles remain in the rare marshes of the Mojave Desert. When extreme drought threatened to dry up their limited habitat in 2014, a team of researchers from UC Davis, along with state and federal agencies, rescued 20 of the endangered animals and brought them to UC Davis to begin a captive breeding program, which continues today.

In 2015, UC Davis fish biologist Peter Moyle warned that California should prepare for the Delta smelt’s extinction. Its population has been declining for the last 30 years, but the drought may have made its recovery impossible. Smelt surveys in March 2016 were the lowest in history. The UC Davis Fish Conservation and Culture Laboratory has been breeding tens of thousands of smelt annually in captivity for over ten years, preserving their genetic diversity with the UC Davis Genomic Variation Laboratory, conducting scientific research, and collaborating with other groups including providing fish supply.

Researchers, educators and agricultural extension professionals at the UC Davis Agricultural Sustainability Institute work to make agriculture and food systems more sustainable, in California and beyond. Research at the Russell Ranch Sustainable Agriculture Facility measures the long-term impacts of crop rotation, farming systems and inputs of water, nitrogen, carbon and other elements on agricultural sustainability.

Skyelark Ranch, owned and operated by UC Davis graduate Alexis Robertson and her husband Gillies, uses rotational grazing while raising sheep, which can benefit plant growth, drought resistance, and the climate. The grazing encourages plant growth, which through photosynthesis, captures carbon dioxide from the atmosphere and stores it in the soil—a process known as carbon sequestration—where it can create healthier soils and stay out of our atmosphere.

The UC Sustainable Agriculture Research and Education Program (SAREP) is a statewide program and a unit of UC Agriculture and Natural Resources (ANR). SAREP provides leadership and support for scientific research and education in agricultural and food systems with the goal of supporting those that are economically viable, conserve natural resources and biodiversity, and enhance the quality of life in our state's communities.

Our Smart Farm Initiative envisions the farm of the future: one that produces more food with less water, energy and impact on the environment and climate. It would also generate skilled careers for farmworkers. The initiative relies on the power of technology to help address population growth, climate change and farm labor issues.

Our research with coffee is another example of how we are working to ensure a sustainable future for crops and those who grow them. Our researchers released the first public genome sequence for Coffea arabica, the species responsible for more than 70 percent of global coffee production. Our sequencing efforts will help develop high-quality, disease-resistant coffee varieties adaptable to climate change.

A 2014 report from the UC Davis Center for Watershed Sciences on the drought’s economic impact on agriculture pointed to the need for California to monitor its groundwater and helped to spur state groundwater legislation. UC Davis is also a major player in UC Water, an initiative led by UC Merced that brings together UC’s top water experts to improve the state’s water security.

UC Davis faculty are also working to recharge the state’s depleted aquifers by flooding crops in the wintertime. They have conducted promising groundwater banking experiments in almond orchards, pistachio, grape and alfalfa fields.

Learn more about our innovative work in water resource management.

Ocean ecosystems experiencing climate change related upheaval can take thousands of years to recover, according to a recent analysis of fossilized ocean fauna on the seafloor by the UC Davis Bodega Marine Laboratory of the Coastal and Marine Sciences Institute (CMSI).  The work illustrates how sensitive ecosystems are to changes in Earth’s climate, and the importance of the decisions we make now in determining the trajectory of future impacts.

Another CMSI study showed that ocean acidification makes it harder for sea snails to escape from their sea star predators. The study suggests that by disturbing predator-prey interactions, ocean acidification could spur cascading consequences for food web systems in shoreline ecosystems.

Learn more about our innovative work in protecting ocean health.

The Institute of Transportation Studies at UC Davis is the leading university center in the world on sustainable transportation. One landmark international collaboration with Chinese researchers aims to speed the commercialization of plug-in and fuel cell electric cars in China.

The UC Davis California Lighting Technology Center is dedicated to accelerating the development and commercialization of next-generation, energy-efficient lighting and daylighting technologies. The center includes full-scale laboratories for research and development, as well as prototype and product testing.

The UC Davis Air Quality Research Center conducts scientific, engineering, health, social and economic research that informs planning and regulations for air quality and climate change. The AQRC is monitoring air pollutants and greenhouse gases across the country, from urban America to the National Parks, and internationally.

Stephen Conley, UC Davis atmospheric scientist, made the first and so far, only measurements of the methane gas leak that began in October 2015 in Aliso Canyon. During the 112-day leak, he made 13 research flights into the plume that provided real-time measurements of methane and ethane, and captured air samples for more comprehensive analysis later in the laboratory.

Learn more about our efforts to address the effects of climate change at our Climate Science website. 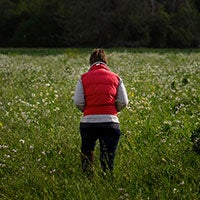 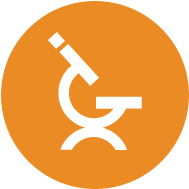 Connect with Office of Research 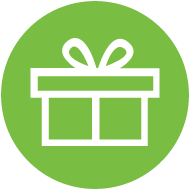