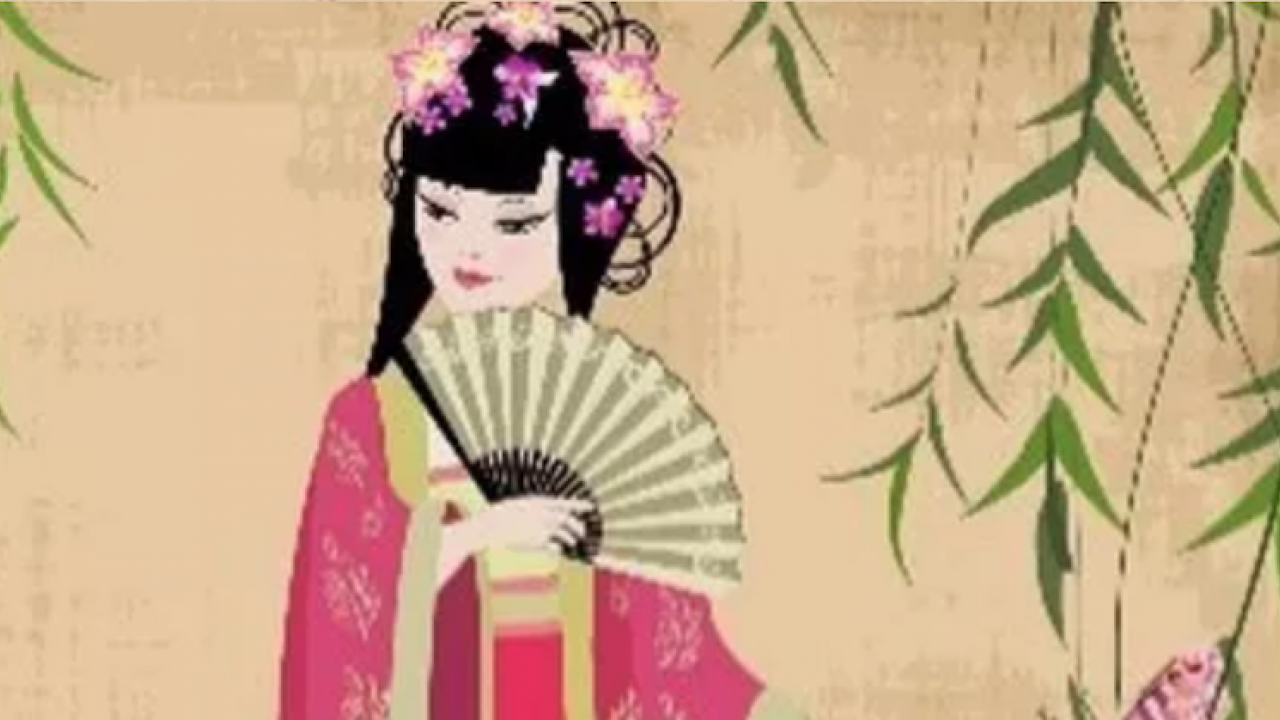 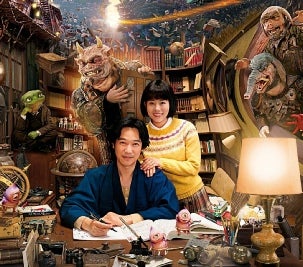 DESTINY, THE TALE OF KAMAKURA (KAMAKURA MONOGATARI)
Friday, July 19, 2019, 7:30 PM, Director: Takashi Yamazaki
Mystery novelist Masakazu Isshiki marries Akiko and brings her back to his home town, Kamakura, a town known to have spirits, ghosts and hybrid animals. The young couple are learning to navigate the peaks and valleys of married life when Akiko sickens and dies. Heartbroken, Masakazu decides to find her and bring her home. This feature film is filled with adventure, love, mystery and a view of life after death.
(2017, 129 minutes, Japanese with English subtitles)

HIGH AND LOW (TENGOKU TO JIGOKU)
Saturday, July 20, 2019, 10:30 AM, Director: Akira Kurosawa
Toshiro Mifune plays the role of a shoe company executive, Mr. Gondo, who becomes a victim of extortion when his chauffeur’s son is kidnapped and held for a huge ransom. Gondo learns that it is his chauffeur’s son who has been kidnapped by mistake. The kidnappers still demand the ransom. Will Gondo give up his fortune to save the life of a child that isn’t his own?
(1963, 143 minutes, Japanese with English subtitles)

OKKO’S INN (WAKA OKAMI WA SHOGAKUSEI!)
Saturday, July 20, 2019, 2:00 PM, Director: Kitaro Kosaka
Young Okko was in the back seat of the family car with her parents when they were killed in an accident. She now lives with her grandmother who runs a country inn. Okko meets and makes friends with the ghosts of children who have died. This anime film depicts death and grief from a child’s point of view with understanding, sensitivity and a playful tone.
(2018, 94 minutes, Japanese with English subtitles)

MIKO GIRL (MIKOCCHAKEN)
Saturday, July 20, 2019, 4:00 PM, Director: Su-Yeon Gu
Miko Girl is a coming of age film of an immature girl whose father, Otori, is priest of a Shinto Shrine. Otori’s daughter, Shiwasu, was abandoned by her mother who left the shrine when Shiwasu was a child. Shiwasu doesn’t want to be a shrine maiden and rebels by ignoring the rules for shrine maidens. A little boy, Kenta, is found on the shrine’s grounds and Shiwasu becomes his caretaker. She sees herself in Kenta and comes to terms with herself and the past.
(2018, 98 minutes, Japanese with English subtitles)

THE THIRD MURDER (SANDOME NO SATSUJIN)
Saturday, July 20, 2019, 7:15 PM, Director: Hirokazu Kore’eda
Misumi has a criminal record and has confessed to the charge of murder. Misumi’s prominent lawyer, Shigemori, doesn’t believe his client. There is no mystery for the viewer whether or not Misumi has killed his boss. We see Misumi strike the victim on the back of his head with a hammer. Kore’eda concentrates on Japan’s legal system which fails when cases are complex and emotionally fraught. 2018 Japanese Academy Awards for Best Director; Best Film; Best Supporting Actor; Best Supporting Actress
(2017, 124 minutes, Japanese with English subtitles)

WHAT A WONDERFUL FAMILY! 2 (KAZOKU WA TSURAI YO2)
Sunday, July 21, 2019, 2:00 PM, Director: Yoji Yamada
The sequel to the first “What a Wonderful Family!” finds Shuzo and Tomiko a few years older. They are still together and have not separated or divorced. Their daughter-in-law, Fumie, notices a dent or two in Shuzo’s new car and suggests to the family that Shuzo should stop driving. No one has the courage to broach him on the subject.
(2017, 113 minutes, Japanese with English subtitles) 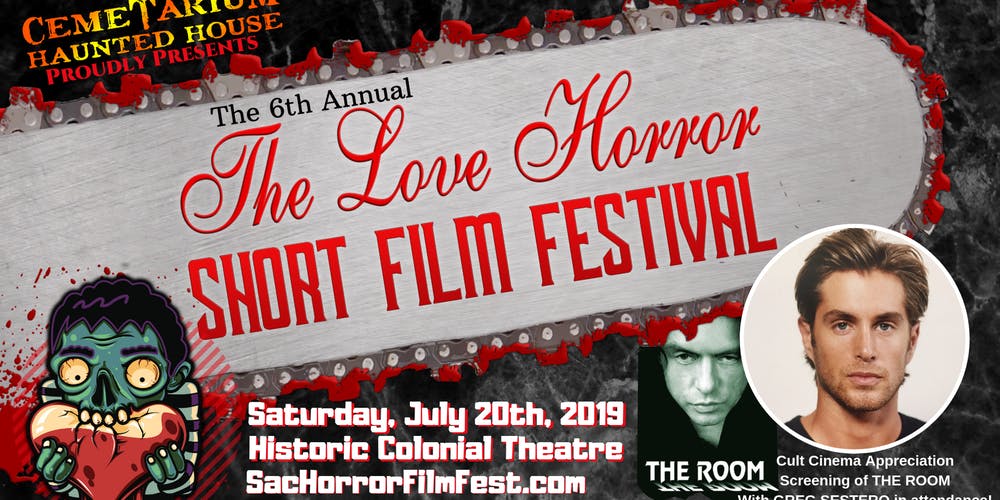 Join in for an evening of scintillating, thrilling, terrifying and sometimes hilarious independent horror short films gathered from across the globe. In addition to short film and horror performance art programs, catch a very special Cult Classic Appreciation Program featuring none other than Tommy Wisseau’s “The Room.” “The Room” star Greg Sestero will be in attendance and taking photos and signing autographs with patrons all evening. Performances by The Scream Queens Gorelesque Troupe and Redd FaFilth will also be featured. Joel Kim Booster is an American actor, comedian, and writer. He is best known for his Comedy Central Stand-Up Presents stand-up special. 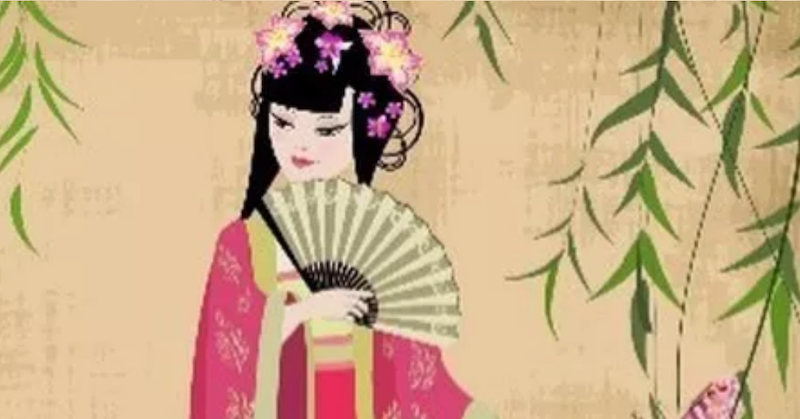 The Chinese American Council of Sacramento Foundation (CASC) and the Folsom Historical Society, are jointly hosting a luncheon and fashion show of rarely seen antique embroidered Chinese garments, some dating to the Qing dynasty. Other Chinese artifacts will also be displayed. This fundraising event will benefit the restoration of the historically significant Chan House, home of the future Folsom Chinese Heritage Museum in Historic Folsom. 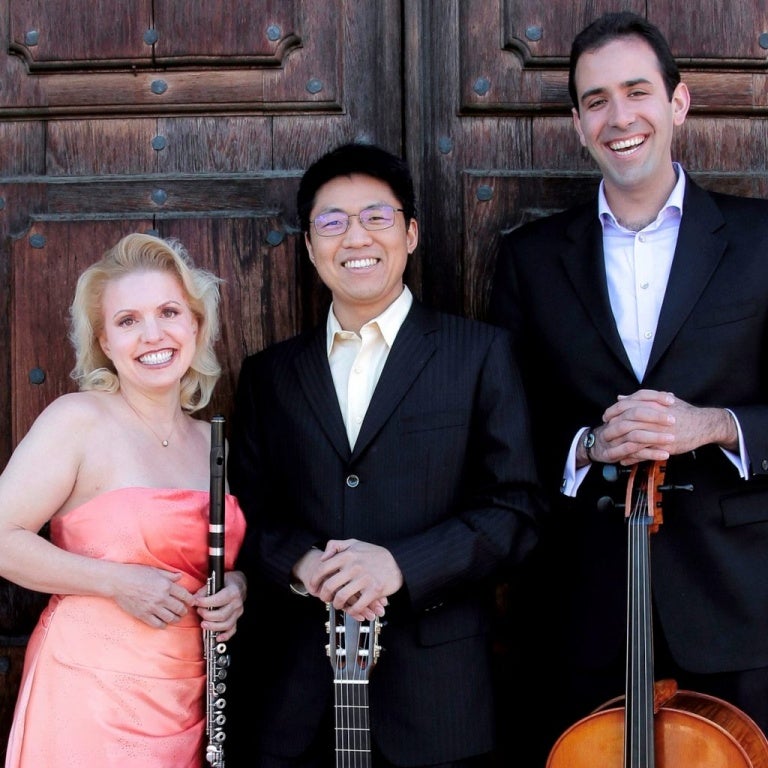 The multiple award-winning members of the Black Cedar Ensemble present music inspired by the life and art of Chiura Obata, expressing beauty and joy in the face of hardship. The trio, flutist Kris Palmer, cellist Isaac-Pastor Chermak and pianist Alison Lee, offers a diverse selection by composers such as Klaus Hinrich Stahmer, who fled the Nazis as a Polish youth and went on to compose highly original pieces that beautifully balanced Eastern and Western elements. Rounded out by works from Franz Joseph Haydn, Maurice Duruflé and Bohuslav Martinů, the performance pays homage to the loveliness and hope found amidst darkness, as expressed by Chiura Obata: An American Modern.

For more than 50 years, the Crocker has proudly presented its Classical Concert Series, a monthly concert featuring the finest musicians and singers from around the region and across the world. Performances are 60 minute concerts with no intermission and draw a connection to the art on view at the museum. Performers are selected by the Crocker’s Classical Concert Music Board based on experience, quality of proposed program, talent and musicianship. Space is limited and advance registration is recommended. 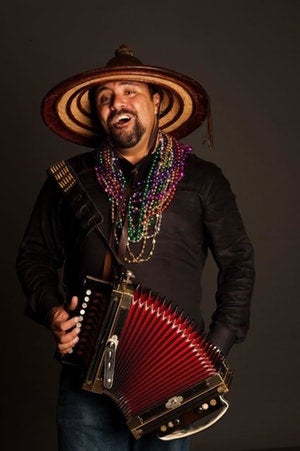 For 35+ years, two-time Grammy award winning artist Terrance Simien, 8th generation Louisiana Creole, has been shattering the myths about what his indigenous Zydeco roots music is and is not. Leading his Zydeco Experience bandmates, Simien has become one of the most respected and accomplished artists in American roots music today. He and his band mates have performed over 8500 concerts and toured millions of miles to over 45 countries during their eventful career. 2019 marked Simien’s 34rd consecutive New Orleans Jazz & Heritage Festival – the gold standard for diversity in American roots music.

Multi-platinum and chart-topping singer/songwriter Shawn Mendes is on the road supporting the release of his self-titled third album, in 2019 on a global arena tour. Shawn Mendes: The Tour will mark his third global headline tour, following his sold-out 2017 arena trek.