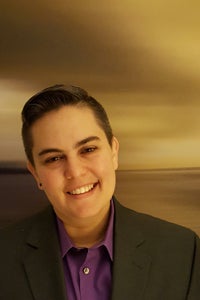 What made you choose UC Davis?

Who or what inspired you to choose this field?

I began my Ph.D. program in neuroscience in 2001, one month before 9/11. The political and cultural response of the United States following the attacks horrified me, and I immediately became involved in community activism to fight against the U.S.-led wars against Muslim countries, and internal attacks against Muslims, Arabs, South Asians, and Iranians. These internal attacks included mandatory “special registrations” of immigrants.

How did this get me to feminist science studies? Through this initial activism, I began meeting feminist, anti-racist, queer and disability activists who introduced me to feminist science studies. The insights from these activists about the role science plays in defining categories of difference such as sex, gender, race and disability made me interested in this field. I began pursuing collaborations with feminist scholars and activists while I completed my Ph.D. in neuroscience. After finishing, I worked at the Centers for Disease Control in public health ethics before returning to the academy to do work through feminist studies.

What research are you currently working on? What makes it unique?

My current research focuses on the democratization of science. One of my main projects looks at community synthetic biology laboratories. I have spent the last few years studying these laboratories as a participant-observer. I am interested in how definitions of “democracy” and “diversity” are used in justifying the need for these kinds of spaces and then how these ideas are operationalized in the spaces themselves. Another main part of my research focuses on creating a Feminist Science Shop on campus. This would be the first of its kind. The science shop model was developed in the Netherlands as a way to answer the scientific research questions that were most important to local communities. Our UC Davis science shop will give us the opportunity to make connections between community activists and academic researchers in order to conduct relevant scientific research for our local communities.

More about Sara and her research can be found here:
http://dhi.ucdavis.edu/featured-stories/new-faculty-spotlight-sara-giordano-and-gerardo-con-diaz

If you could impart one piece of advice to our undergraduates seeking a course of study/career path, what would it be?

Talk to lots of different mentors—create a huge circle of mentorship around you!

What is your favorite spot on campus?

The Arboretum is a great part of campus. I try to use it to get between meetings when possible, just sit on a bench and work there sometimes, or just go for a stroll.

What types of majors can generally be found in your classroom?

Besides GSW majors, I see lots of students from ethnic and cultural studies programs who want to critically engage with science. I also find that STEM majors are very interested in my courses and working with me. Many STEM majors want to learn to conduct research in a way that is socially relevant. Feminist science and technology studies offer concrete ways to do ethical and accountable STEM research that does not ignore the cultural realities of the world we are living and working in.