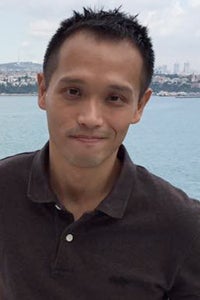 College/School/Department:
College of Letters and Science; Department of History

What made you choose UC Davis?

I came to Davis because there are many programs on campus that I can connect with intellectually. Although I am based in the history department, my work speaks broadly to scholars working on East Asia, science and technology, gender and sexuality, critical theory, and cultural studies. My home department even has a long-running Ph.D. minor field in women’s and gender history, which fosters a rare platform that brings together colleagues working on different areas of the world.

I did my undergraduate degrees in biochemistry and psychology, but after reading important works in the history and philosophy of science, I quickly discovered that that’s where my interest lies. I therefore decided to pursue a Ph.D. in history of science at Princeton and went on to become a professional historian. Some of the major thinkers whose work I constantly return to and teach in my classes include Michel Foucault, Thomas Kuhn, Thomas Laqueur and Arnold Davidson.

Note that these are all historians and philosophers of Western science. An important turning point in my graduate study came with a reading course that I took with my Ph.D. advisor, Ben Elman, on the history of East Asian science and medicine. At that point, I realized that although issues of gender and sexuality have been central to the historiography of Western science, that is not the case in the history of East Asian science. Hoping to change that, I began to develop my Ph.D. project into a history of sex change and sexological science in modern China. I also became aware of what little attention Chinese historians have paid to the development of the human sciences, which is the focus of my second project.

What research are you currently working on? What makes it unique?

Based on my Ph.D. dissertation, I just completed a monograph titled After Eunuchs: Science, Medicine, and the Transformation of Sex in Modern China, to be published by Columbia University Press in 2018. It makes several important contributions, including an analysis of the demise of Chinese castration in the late 19th century, an exhaustive examination of Republican-era sexology, a mapping of competing definitions of sex that circulated in the mainstream and vernacular presses, and a social history of transsexuality and sex-reassignment surgeries in postcolonial Taiwan. My next project will look at the history of psychoanalysis in global Chinese culture since the 1950s.

If you could impart one piece of advice to our undergraduates seeking a course of study/career path, what would it be?

Take as many courses as possible outside your comfort zone. Your major is just the beginning — not the end — of an ongoing intellectual journey. Also, not doing well on an exam, a paper, or a course will not destroy you. It’s what you do with the outcome — rather than the outcome itself — that will matter more.

When not in the classroom or conducting research, what do you like to do?

I enjoy traveling, going to the gym, listening to music, watching movies and, whenever possible, thinking about how to foster meaningful global citizenship.